Who is Your Audience?

Zeitz MOCAA, the recently opened Museum of Contemporary Art Africa in Cape Town, is assumed to be an exception. It is the only museum of its scale that aims to present contemporary art from African perspectives. Khanya Mashabela discusses the likeliness of its success and wonders how the audience will shape it.

Mary Sibande, In the Midst of Chaos, There is Opportunity (2017). Courtesy Zeitz MOCAA

Reviewing commercial gallery exhibitions is usually a straightforward exercise. For one, we largely know who they are curated for, for better or worse. Despite being free of charge, they largely address an audience of art world insiders, a system of collectors, critics, artists and other gallerists, people who are for the most part familiar with art history and the current debates happening within contemporary art. In contrast to museums, there are far more commercial galleries in South Africa and Africa as a whole, so we can compare them when deciding upon what is great, what is merely good, and what is bad.

MOCAA is the only project of its kind and scale with the aim to show contemporary art from African perspectives. It is a difficult task to decide upon a standard of measurement. While comparisons will be made, it doesn’t feel wholly fair or sensible to use public art or private art museums in the West as the standard. 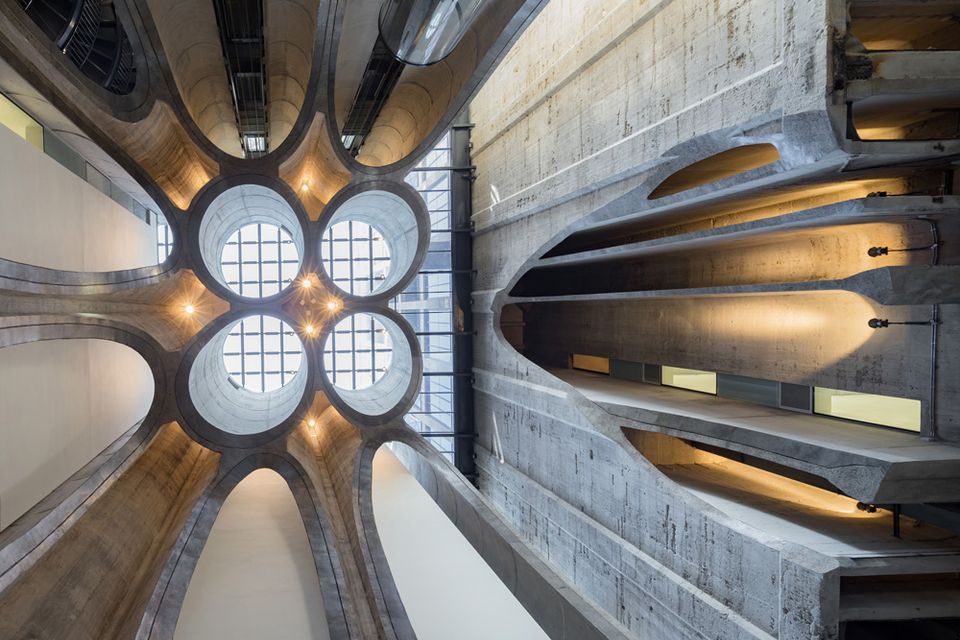 MOCAA’s architecture has been much discussed. The entrance hall is visually impactful, with the incorporation of the old grain silos into the interior and the leather folds of Nicholas Hlobo’s ‘dragon’ sculpture Iimpundulu Zonke Ziyandilenda (2011) hanging above. The exhibition rooms offer spacious white cubes with high ceilings, each differently configured so that there is a suitable space for every kind of exhibition. Each floor has a labyrinthine quality and each exhibition is neatly contained in its designated room. Yet the visitor experience of the museum would benefit from more active conversations between the exhibitions, to offer a greater feeling of narrative coherence as the viewer progresses through the halls.

The works on show are largely good representations of contemporary art from African perspectives, offering varying viewpoints from artists at different stages of their careers. Although, as one critic said: many works are actuallyr from South Africa and less from the whole continent. Highlights include a series of installations by Lungiswa Gqunta and Sethembile Msezane in one room, followed by the works of Liza Lou and Kendell Geers in separate rooms. Mary Sibande’s sculptural installation In the Midst of Chaos, There is Opportunity (2017), a militarised take on her ‘Sophie’ sculptures, feels explosive. Besides a personal preference for installation, these exhibits are heartening because they encourage the hope for a museum that offers less commodifiable, more site-specific, ambitious artworks. Even so, installation art has been widely ‘domesticised’ and most of these works were originally on show in commercial galleries. Now that MOCAA is open, it will be interesting to see how the museum works with artists to operate directly with the space to offer more interactive, publically engaging exhibitions. 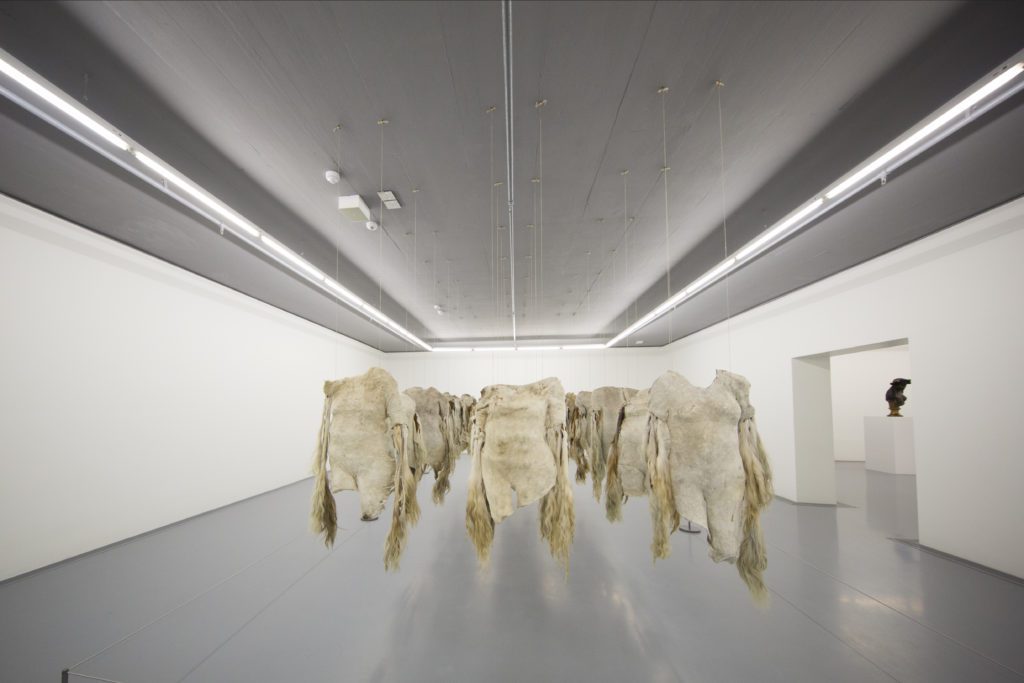 The inclusion of Edson Chagas’ Found Not Taken series is exciting. For one, it offers an opportunity for a local audience that didn’t attend the 55th Venice Biennale in 2013, to see the series that won the Golden Lion for best National Participation by the Angolan Pavilion. And second, because the photographs offer a sensitive depiction of an urban space and, as a result, the people who live there. The commissioned El Anatsui piece is also a highlight, more arresting to witness in person than in images, which was previously the only way that I had seen his work. The inclusion of artists from all over the continent shows the opportunity for MOCAA to serve as a gateway to artistic production in the whole of Africa, perhaps eroding some of South Africa’s dominance over the conversation and changing its dynamics. This dominance is almost entirely due to the advantage of existing infrastructure, the reason that a museum of art from African perspectives is opening in Cape Town instead of elsewhere.

In a landscape that so desperately needs a specific kind of museum, one expects unexpected, strong curatorial statements from a museum, asking viewers to rethink what they thought they knew about art and society. While it is crucial that MOCAA lay the foundations for the public’s exposure to and understanding of what contemporary art from African perspectives looks like, it is also important to contribute to the ‘big picture’ conversations that are happening within contemporary art. While museums all over the world are becoming increasingly commercialised experiences that offer fertile ground for an Insta photo op, it is especially important in the context of art from Africa that MOCAA not become a cabinet of curiosities but a place for discourse. 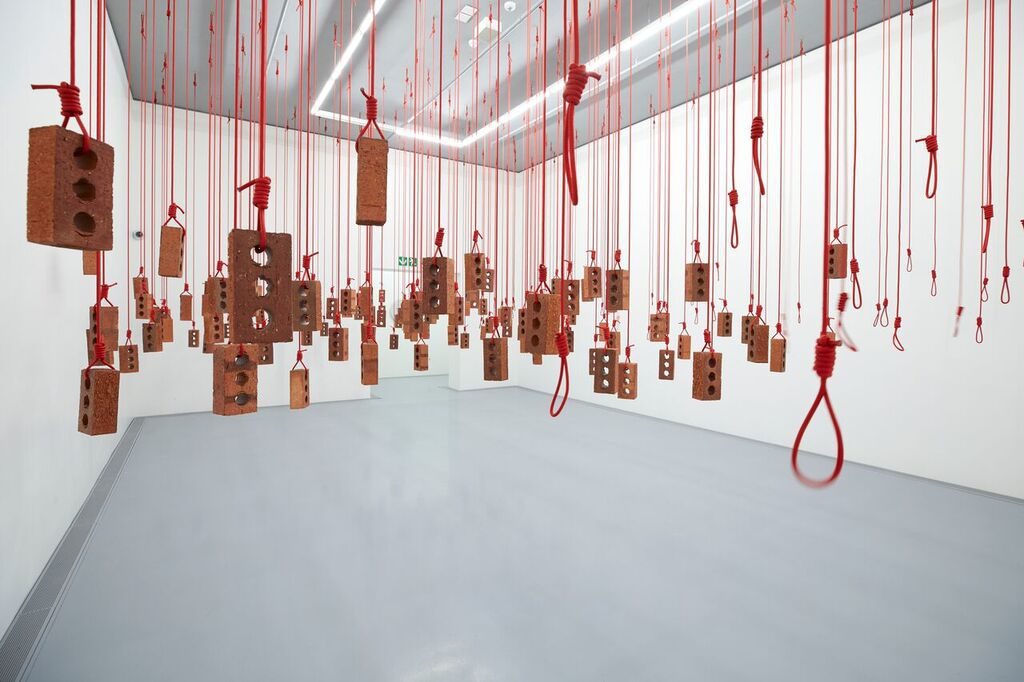 Despite fair complaints about ‘blind spots’ in the collection, the current exhibitions seem to tackle the first task, showing the public what art from African perspectives looks like now and getting them to feel excited about engaging with it. However, there should be wariness: for MOCAA to be truly successful as a social project, it will need to serve the whole public rather than just white, middle-class Cape Town and tourists, people more easily able to pay the relatively high entrance fee (a fee that constitutes both monetary and cultural capital). As for the second task, contributing to a more vigorous discourse: there hasn’t yet been much opportunity to achieve this. And so the real launch will come at a later stage.