“Coffin for Head of State”

When Zimbabwe Responded to Mugabe’s Fall with Street Art

After 37 years of a tough rule that restricted freedoms across society, Zimbabweans took to the streets to protest and celebrate with live art. With this, they aimed at criticizing the government while offering a brand new alternative to an elitist art system.

Robert Mugabe’s 37-year rule in Zimbabwe was not tolerant of critical voices. Some artists who openly sang and wrote irreverently of the ZANU PF (Zimbabwe African National Union – Patriotic Front) government wound up in self-imposed exile. Some left the country following harassment from security agents, others did so in fear of what might happen if they stayed.

The stage of the protests many artists took part in was the National Gallery of Zimbabwe, a state institution located in the curve of Julius Nyerere Way. It houses a collection of sculptures and paintings by renowned local artists and additionally regularly exhibits work by local, regional, and international artists. 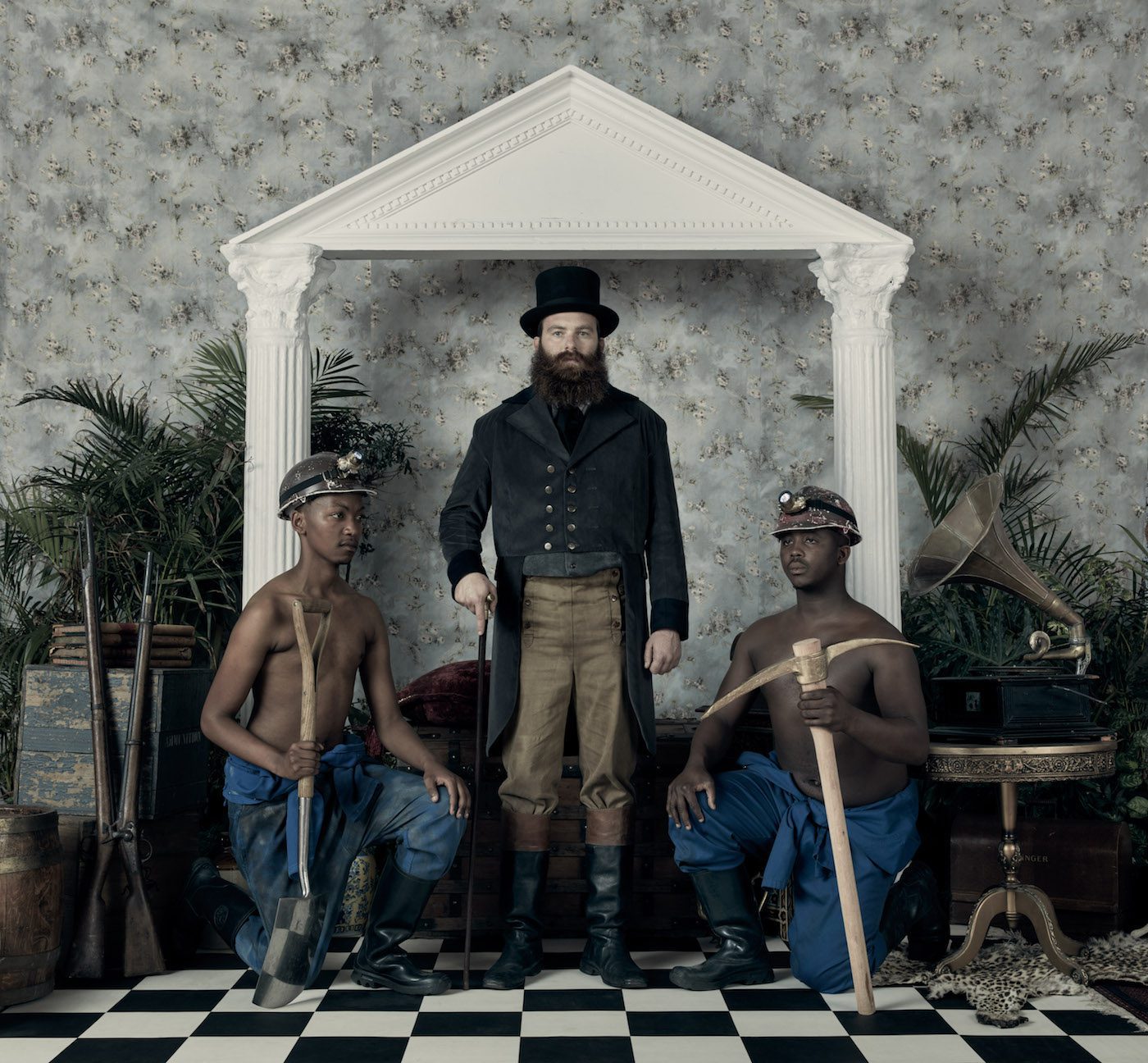 From 14 to 21 November 2017 an impasse played out in Harare. The military held the state under siege as they pushed for former President Mugabe’s resignation. Tanks and soldiers stationed outside the President’s Office and Parliament buildings up the road from the National Gallery, the then-President placed under house arrest – all of this held the nation suspended in nervous excitement. Some foreign journalists covering the military intervention were based at the Crowne Plaza Hotel near the National Gallery. TV news crews could be seen early in the mornings and in the evenings reporting back on developments. At the same time, Kudzanai Chiurai, a celebrated Zimbabwean artist, had his debut solo exhibition at the National Gallery.

Chiurai’s exhibition and much of his work is critical of the post-colony. He references “colonial futures” to mean that African countries have largely not shaken off colonial institutions but have instead co-opted them and repress a true post-colony. His exhibition, which runs until 10 December 2017, is entitled “We Need New Names”. The work dares to imagine a future without colonial vestiges and references, without the prevailing uncertainty and turmoil, and without the name responsible – Robert Mugabe. During an anti-Mugabe protest march on 18 November and three days later, when he resigned, spontaneous performance art was being acted out to change the name of the president. 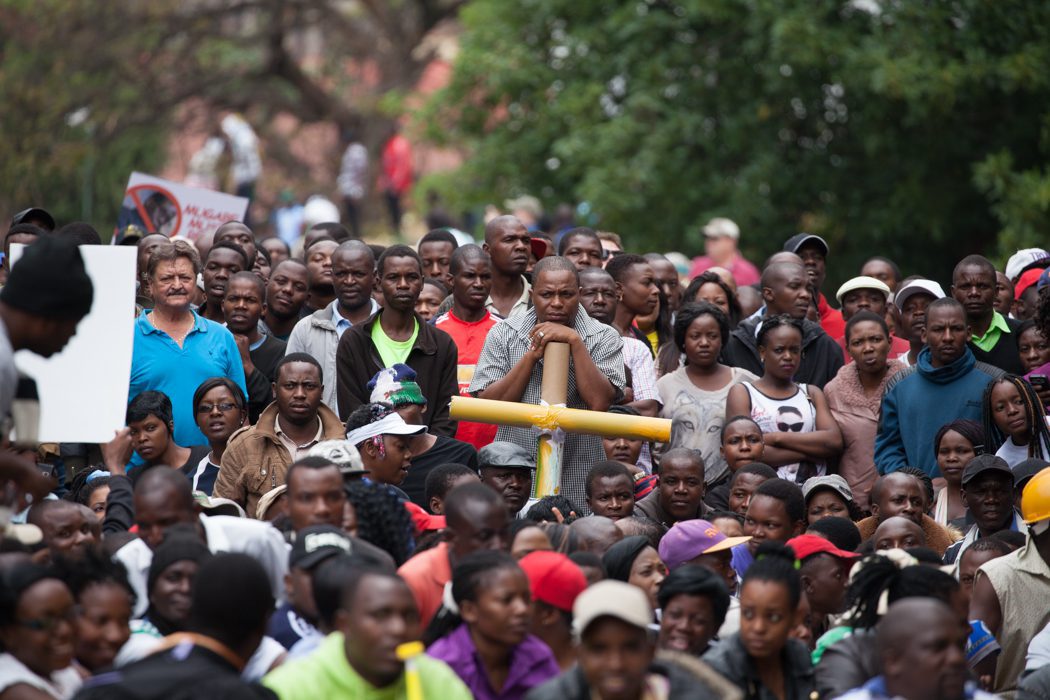 On the day of the march, a pick-up van crammed full of people mourning the “death” of Mugabe had a funeral wreath laid on its roof. The scene could have played out well with Fela Kuti’s “Coffin for Head of State” as background music. The funeral procession had a wailing performer whose missing front teeth gave the act an air of somber realism. Further down in the car procession, a man lay across the front bumper of a bus, eyes closed and head thrown back, while his mate pronounced, “Honai … President vakarara kuUnited Nations” (Look … the President is asleep at the United Nations). The most elaborate performance was reserved for the day Mugabe resigned. Outside the President’s Office, a young man sat down with pen and paper and, while the tight crowd cheered him on, he impersonated the frail old man, eventually signing the resignation letter after a few failed attempts at staying awake during the process.

The exhibition in the National Gallery is expertly curated, the artworks intricately detailed, and the launch had the buzz of the homecoming it was. Nonetheless, remnants of the colonial structures referenced in Chiurai’s exhibition also take effect in the art gallery space in Harare, as some openings are exclusive formal affairs. As a state entity, the National Gallery is not exempt from such hindrances to a post-colonial and inclusive future. In the streets, however, and particularly over the week when the name fell, there were no such restrictions. While critical artworks hung in the closed gallery, out in the streets life was art and art was a free and spontaneous, living, breathing thing.

Farai Mudzingwa reads and writes in Harare. He has also recently attended the Contemporary And (C&) Critical Writing Workshop.