When the Generals Ruled and Black Culture Mattered Less

Senghor arriving at the opening of the Festival mondial des nègres, Dakar, 1966. Courtesy of PANAFEST archive

These words are taken from Triste Bahia, a song by Caetano Veloso, from the album Transa (1972). They refer to Vicente Pastinha, a master of capoeira, who in 1966 traveled to Dakar, where the First World Festival of Negro Arts (FESMAN) was held — an unprecedented cultural event, the like of which had never before taken place on African soil. Over the course of three weeks, more than 2,500 artists, musicians, academics, and writers came together in Dakar. The list of participants reads like a who’s who of the major figures in Black culture from the early to mid-twentieth century. The representatives came not only from the continent of Africa but also from Europe and the USA as well as Brazil, which was the only country from South America to feature at the festival. It had an ambitious aim, claiming at once to be the expression of and vehicle for a new society grappling with the promises of African independence. The project was based on the idea of Négritude, a philosophy proclaiming the power of “Black culture” on the global level. “For the defense and illustration of Négritude”: this is how the Senegalese president and poet Léopold Sédar Senghor solemnly characterized the project in his inaugural address.

Vicente Pastinha was one of the forty-three members making up the Brazilian delegation, whose ranks included — besides capoeira performers — singers, painters, sculptors, and dancers from a samba school in Rio de Janeiro. Agnaldo dos Santos won the sculpture prize at the festival. At that time, Brazil was under military dictatorship and, at a diplomatic and commercial level, its participation in the festival was in keeping with its rapprochement with the countries of West Africa, principally Senegal. However, in spite of all the excitement, there was one noteworthy absence.

Abdias do Nascimento— the founder of the Teatro Experimental do Negro (Experimental Black Theater, or TEN) and the man who had brought Senghor’s Négritude to Brazil — was expected to come. The TEN troupe had even rehearsed a play to be staged for the occasion. The festival was, after all, a wonderful stage for Afro- Brazilian artists to highlight their African heritage and contribute to this project for a global community through a shared Blackness. But in the end they were unable to participate due to censorship imposed by the Brazilian government, as Nascimento made known in an open letter published during the festival in the Senegalese weekly L’Unité Africaine, and then rerun in the pages of the influential journal Présence Africaine. In it he revealed the underlying political facts of the situation: the organizers of the Brazilian contingent had excluded the most militant Afro-Brazilians from the festival preparations. TEN kept going through to 1968, up until the point when Nascimento, driven into a corner by the regime, was obliged to go into exile in the US. There he built up strong links with the leaders of the activist movements for civil rights and against racial discrimination. 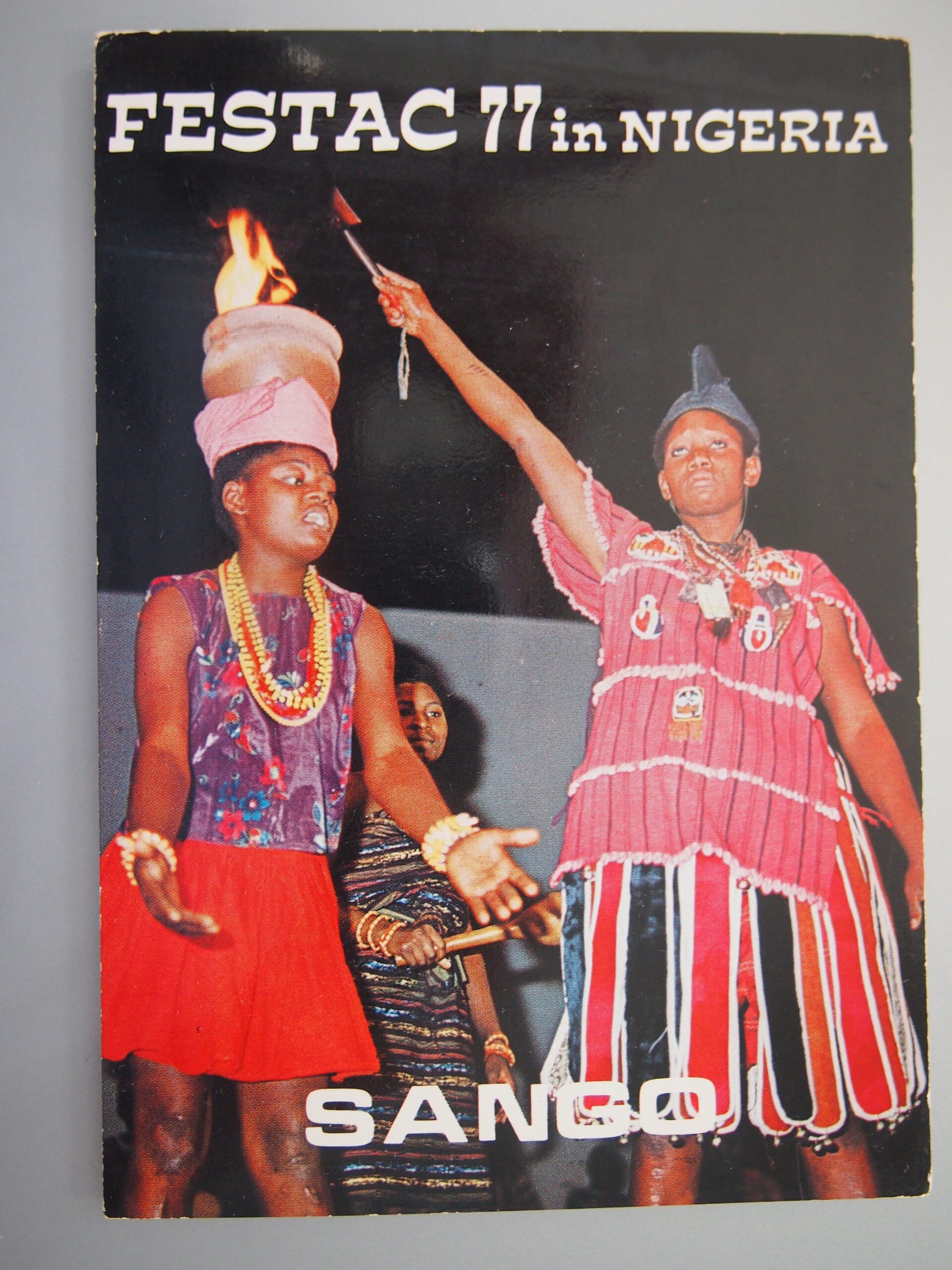 Cover of a magazine. FESTAC 77, Lagos, 1977. Courtesy of PANAFEST archive

Brazil sent an impressive delegation consisting of diplomats, intellectuals, artists, dancers, musicians, and filmmakers to Lagos in 1977, for FESTAC, the Second World Festival of Negro Arts. The official publication celebrated the nation’s peaceful incorporation of African traits and peoples, which the delegation displayed primarily through cultural manifestations like samba music and Afro-Brazilian religions. Nascimento was there too. However, he did not owe his presence to Brazil — he was a visiting professor at the University of Lagos. This undoubtedly offered him freedom of speech, which he made impassioned use of to assert his dissident stance in an intervention entitled Racial Democracy in Brazil: Myth or Reality? One can imagine the reply that he gave to this question. It showed how his thinking had evolved — his ideas were clearly influenced by the Pan-African and Afrocentric African American movements, as evidenced, in particular, by his espousal of the issue of “internal colonialism.”

There is one more chapter in this story, which comes in the form of a conclusion. Nascimento’s name can be found on the list of members of the advisory board for the Third World Festival of Black Arts in Dakar in 2010. He died a year later at the age of ninety-seven.