A Rotterdam art institute announces its new decolonial name. Will Furtado weighs in on some of its implications and aspirations.

Long before the BLM protests of 2020 sent shockwaves through art worlds, the Dutch art institution then known as Witte de With (WDW) was embroiled in its own moment of reckoning. In 2017 an open letter, of which I was a signatory, asked the question: What does it mean for a white institution to do “critical work” under the name of a high-ranking colonial naval officer who worked for both the Dutch West India Company and the Dutch East India Company?

It meant that the institution was not cognisant of its colonial entanglements (it named itself after the Rotterdam street it is located on), yet it was willing to work towards awareness after this was pointed out. It started a process of decolonial transformation, with the first major step being a name change. After much deliberation, and discussions with the local community, early this year it announced the new name – Kunstinstituut Melly. What does this name change mean in times of representational politics, late capitalism, and neoliberalism?

To current director Sofía Hernández Chong Cuy, who started her tenure in 2018 after seven years as curator at Colección Patricia Phelps de Cisneros in the US, it means engaging with a process of transformation. Quoting Paul B. Preciado, she tells me via Zoom that “a name is a debt. You have a debt to the previous name and new name, meaning you have to be accountable to the promises you’ve made and to questions around being more process-oriented, participatory, and culturally inclusive.”

The lengthy name-change process aimed to be democratic, transparent, and available online. It involved other decisions such as creating new positions and introducing new board members. These moves aimed at following a trajectory of diversity and inclusivity while acknowledging the desperate need to respond to the colonial curricula still in place across European education institutions. 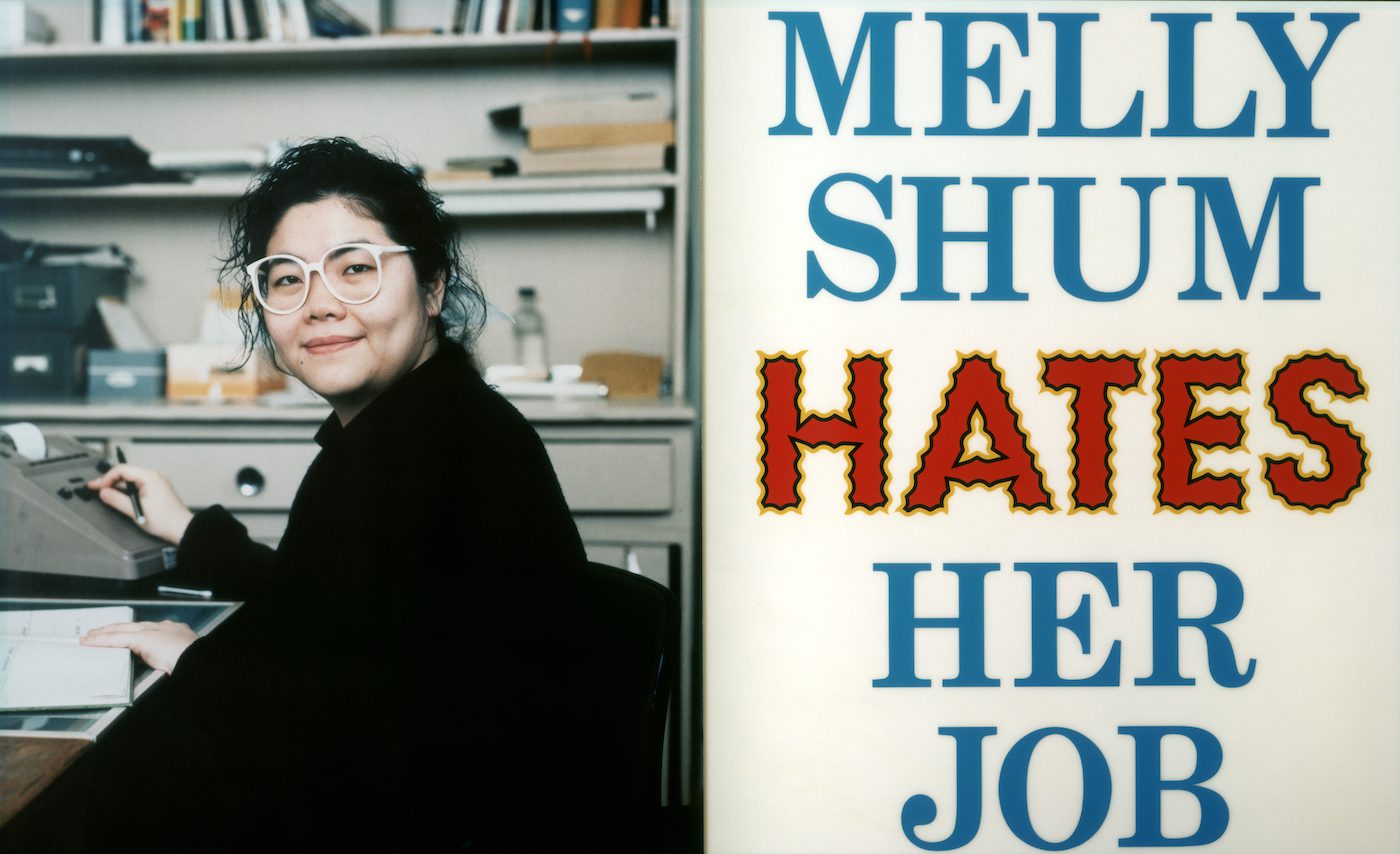 The architecture of the building also changed. The ground floor was turned into a community-oriented public space named MELLY after the artwork Melly Shum Hates Her Job (1989), by Canadian artist Ken Lum, which hangs on the side of the building. People often met to discuss the name-change in the MELLY space. “The name-change has made the institution very vulnerable,” the Mexican-born director tells me. “You have to embrace vulnerability, otherwise you become stubborn and brand-oriented.”

“Vulnerability” is the title of the first of three videos launched as part of Melly TV, followed by “Learning” and “Joy.” The series, available on YouTube, explores various aspects of the transformation process through interviews with staff, cultural producers, activists, Melly Shum herself, and performances. In one interview, Sofia Hernández explains that she “didn’t want to change the name and not the institution.” Since she took over, there have been three new hires: Jessy Koeiman as curator of collective learning, Vivian Ziherl as research and programs manager, and Heba Soliman as MELLY manager, who’s now guest experience manager. Four new board members have also joined: Fariba Derakhshani, Timme Geerlof, Annuska Pronkhorst, and Yolande Zola Zoli van der Heide.

In another interview, writer Rolando Vázquez Melken astutely breaks down renaming conventions in relation to silencing, demonstrating how the most important task is in education and transforming a curriculum that produces broad ignorance. However, he also states that it’s difficult to change institutions within eternal patriarchal structures, emphasizing that decoloniality is an ethical and political practice, and warning against using decolonial terms in a colonial way. In this way, Vázquez invites us to look deeper at what Kunstinstituut Melly is aware of doing and what it is not aware of doing. Let’s start with the name change.

Although the name change is said to have been a horizontal process in which the name of the public space MELLY was collectively chosen to replace WDW, its choice may echo certain neoliberal and neocolonial practices. Firstly, it’s important to acknowledge that historically problematic institutional name-changes have been used as a form of rebranding to erase past grievances from collective memory. Some examples include United Fruit Company becoming Chiquita; the British Empire becoming the Commonwealth; Germanwings merging with Eurowings; Fair & Lovely becoming Glow & Lovely; or Black Lives Matter Plaza.

If a transformation process originates because of a colonial history, then accountability means the renaming should respond to a direct undoing of that history. An example of this is how Berlin is renaming a racist street name and metro station to Anton-Wilhelm-Amo-Straße, after Germany’s first known Black professor and philosopher. Any other decision would have run the risk of being a gesture of guilt appeasement rather than being a faithful engagement with a history of violence. One in eight Rotterdammers is descendant of an enslaved African person, we learn from the interview with Postkoloniaal onderzoek in Rotterdam initiator Peggy Wijntuin. Were the names of any these descendants considered before the choice was made to use the name of a person almost completely unrelated to this particular violent colonial history? 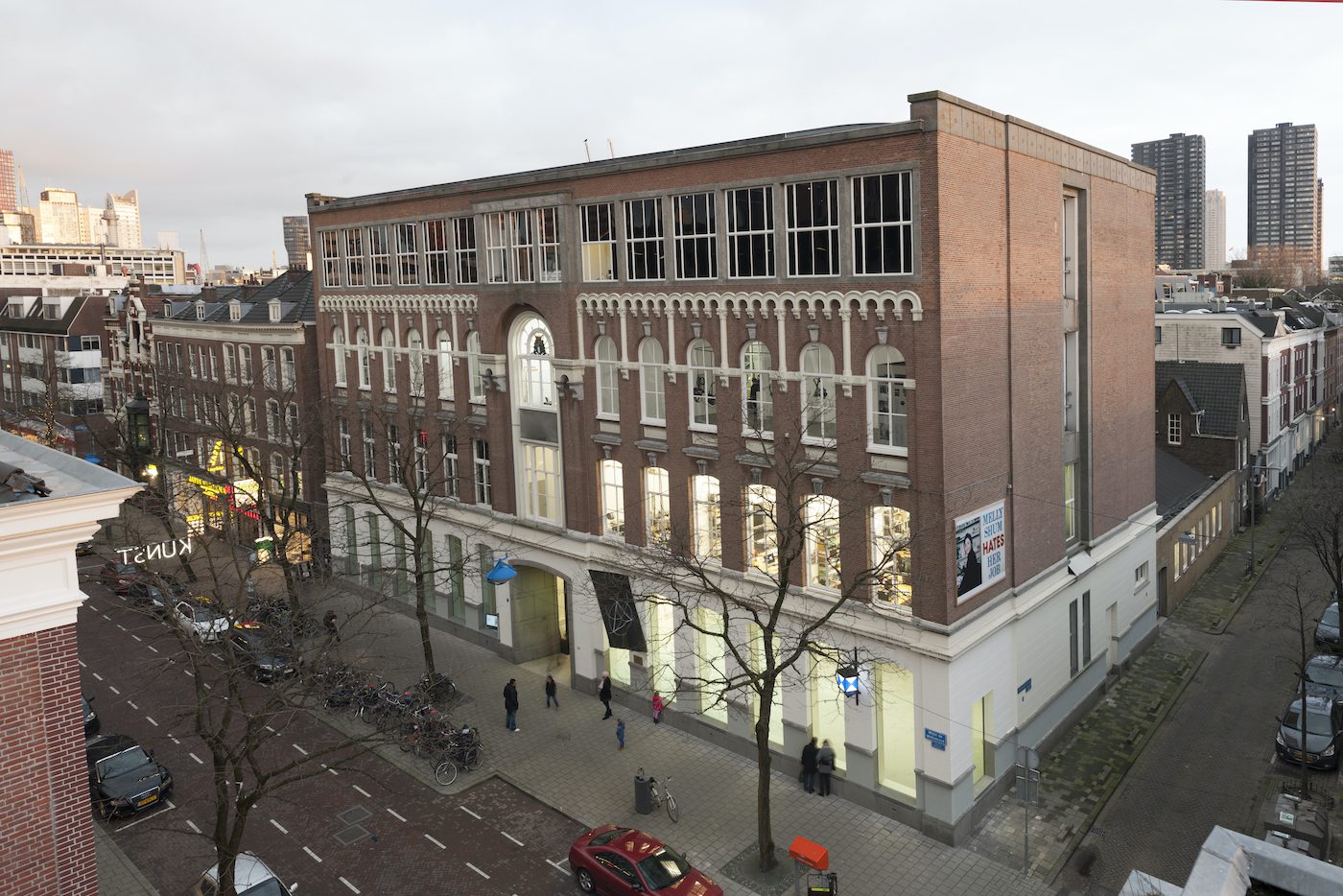 Another gesture that can be interpreted as neocolonial, as already discussed by Vincent W.J. van Gerven Oei, was the decision to drop the less palatable Asian-sounding surname “Shum.” This becomes even more apparent through watching a video recorded by the real-life Melly Shum for the “Joy” video installment. In it we learn that the artist responsible for the artwork featuring her image never showed her the artwork – a billboard with a proto-meme quality in which a smiling young Shum appears next to the text “MELLY SHUM HATES HER JOB.”

According to real-life Melly Shum, she didn’t know about the text or the installation, but she was happy at having been turned into a celebrity of sorts (she found out by googling her name). “It’s funny because it’s absolutely not my personality,” she says with glee. Ken Lum is the artist responsible for the work, and while in 1989 many people would not have seen the practice of using people’s images in a particular way without their consent as problematic, today that has changed. It is crucial to look at the power imbalances at play. Melly Shum, a Canadian of Asian descent, explains in the video that she never managed to escape her family lineage of retail work. And Lum, a renowned male artist who was her professor at the time, has profited from Shum’s image in exchange for a perceived cultural capital that has not aided her in overcoming her circumstances in any way, nearly three decades on.

This is perhaps connected with an interview with Charl Landvreugd, an artist, researcher, and head of research and curatorial practice at the Stedelijk Museum Amsterdam, in which he suggests, in relation to the idea that changing a name doesn’t change an audience, that it is important to make the big Black and brown middle-class in Rotterdam feel welcome in the institution (unwittingly excluding the working and sub-classes). In addition Landvreugd stresses that art institutions need to accept the world has changed and that their urge to survive makes them vulnerable. “Institutions have programs to reach new audiences but the institutions themselves hardly change,” he says. “Multiple voices mean multiple ways of responding to things, what you do and don’t do.” Though directorships at Kunstinstituut Melly have had a maximum length of six years even before the transformation.

“Vulnerability is the precondition to learning, admitting not to know something,” says Vivian Ziherl about the crisis in European education, caused by the fact that it only values European perspectives. “A new name should establish an ongoing accountability.” When it comes to an institution, this accountability should extend beyond its premises. How can institutions contribute to transforming the national curriculum, ending Zwarte Piet, changing the name not only of an institution but of the street it is in? For activist Lakiescha Tol, change starts with challenging euro-centric education in Holland, offering children toys with diverse skin tones and books without racial stereotypes, and making teachers aware of their own racism.

When Sofía Hernández was asked whether the art institution would remain critical and progessive, she replied, “this transformation is the most radical thing this institution has ever done.” The relevance of the transformation process Kunstinstituut Melly is undergoing resonates way beyond Rotterdam, and it could be instructive for Western institutions that are serious about decolonizing themselves.

The world looks on.