“We’re all in this together”

A year ago, Thuli Mlambo-James was appointed new director at Johannesburg’s renowned Bag Factory. As the first woman of color at the Newtown art space she is especially looking to connect artistic experiences outside of the white mainstream. And with Libita Clayton she has just found the right artist in residence. A fresh British talent with an eagerness to understand the complex layers of South African society. We spoke to both of them about their work and collaboration.

Contemporary And (C&): Thuli, can you tell us about the history of Bag Factory Artists’ Studios and how you came to work there?

Thuli Mlambo-James: The Bag Factory Artists’ Studios were founded in 1991. It was the first non-profit visual arts space in South Africa to cater to artists in need of studio space. Since its inception, the political, social, and the visual arts landscape has changed dramatically. Under the apartheid system, South Africa endured numerous cultural setbacks as a result of restrictive government policies and the international cultural boycott. This resulted in generations of South Africans being cut off from the international art scene. The Bag Factory was created to overcome this deficit by supporting local artists, promoting visual arts in South Africa, encouraging international networking through its visiting artists’ programme, and catching up with the rest of the world by ‘filling the gaps’ in arts education.

Before I became involved with the Bag Factory, I was a member of the ICA in London. I was active at the Southbank, Barbican, and many other creative art spaces in Britain. So, my international exposure to art spaces played a role as well as my idea of marketing young and developing artists. I had just started art marketing at the time I joined the Bag Factory, supporting young artists by using friends’ lounges to exhibit and curate their works during dinners and parties. 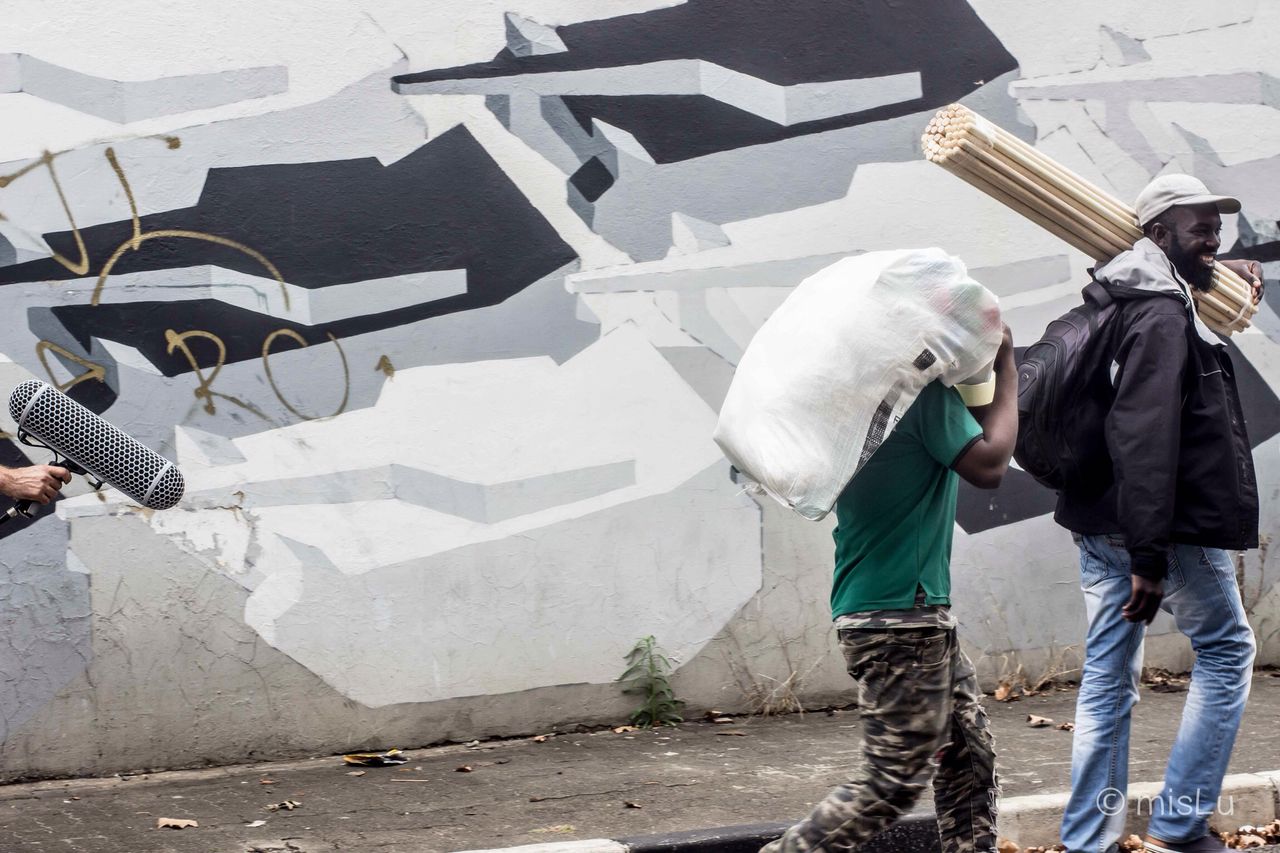 C&: Where do you see the potential in you being the first woman of color in this position?

TMJ: I hope to maintain and strengthen the Bag Factory’s ideas and sense of dialogue. But I also want to focus on increasing its status as a cultural anchor. I’d like to introduce more meaningful sustainable programming and to secure funding for the next few years. It’s a very daunting role to be in, being a woman and the first one of color to hold the position as a director of such a prestigious and historically rich institution. However, this is the right moment, as there are already artists in place to help me move this institution forward, rather than needing me to help advance their careers. And I think it’s about time that women of color are granted the platform to play in this field. So, this role is essential for me as a woman of color to help and shape how we want to be seen by the visual art world.

C&: How important are residencies for the career of an artist?

Libita Clayton: Residencies are incredibly important to inform many parts of my practice. I believe that we as creatives are constantly in search of new experiences and stimulation. So for me, quitting my day job in a café and having a fully funded residency at the Bag Factory is a real privilege. Residencies enable us to travel and experiment, which is imperative to making connections, to expand, grow to embrace other spaces and cultures, and to ultimately be schooled – I’m thirsty!

TMJ: Art residencies also connect people who might never have met otherwise, enabling them to exchange ideas and the process of making art. Residencies allow artists more in-depth consideration of their work in relation to different contexts. In most cases they are aimed at artists in the early stages of their career, to grant them space to push their practice further. But generally, residencies enable artists to engage with the local public, from a local perspective. 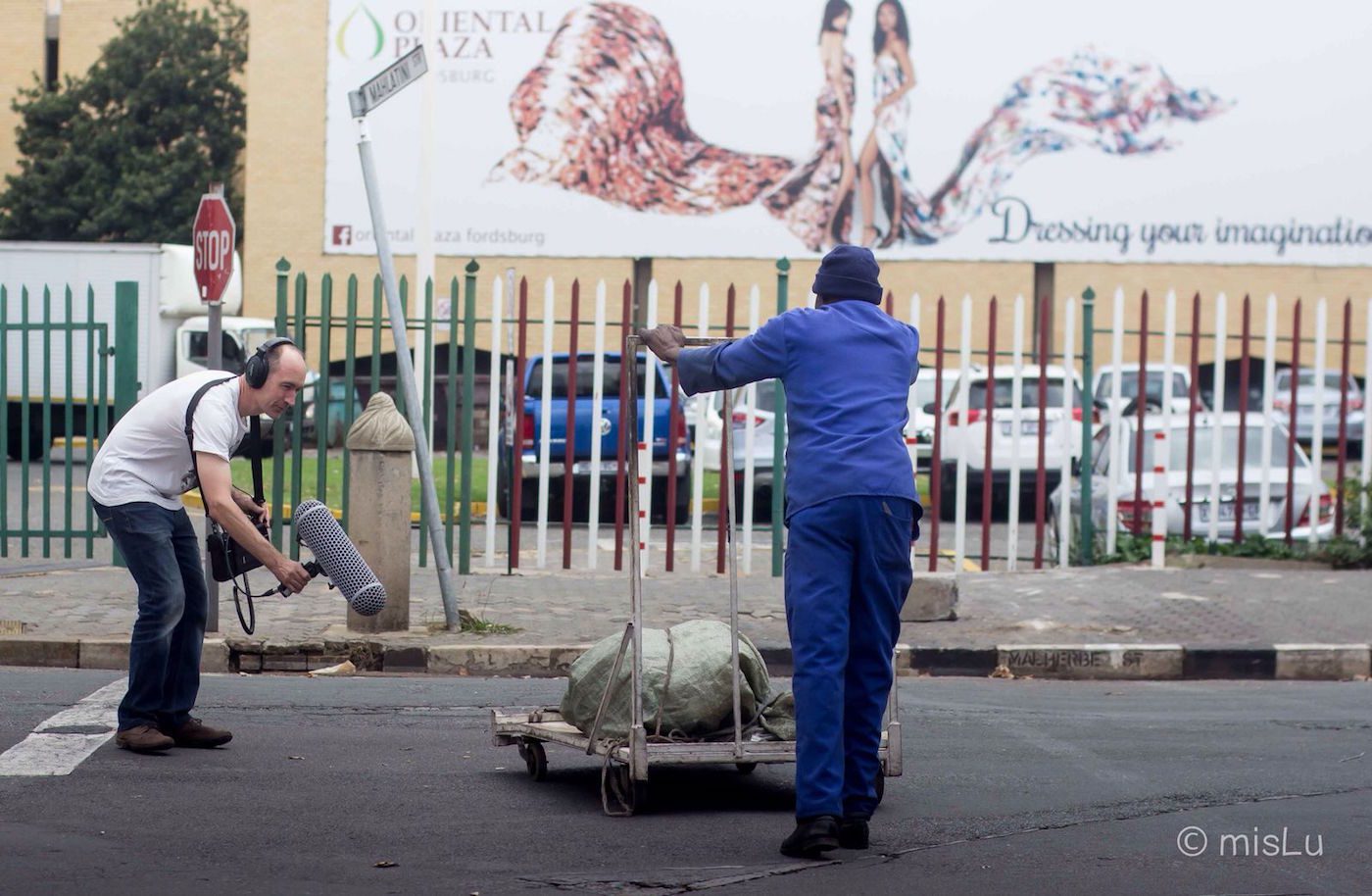 C&: Libita, you once described your work as a sticky dance floor, as in flux, in transit, in between. Does the “institutional frame” of the residency change your practice?

LC: This is a very open residency, I have a studio, host a workshop, and will show the work and research at the end. I struggle with the idea of finite work, or conclusive statements, so yes, we’re constantly in flux and time travelling. We’re different people on different days. My work reflects the humanity of that, it’s also a very healing and necessary process to work with performance – you go through something – a worm hole, and the vibrations carry on between people. I love the rhythm based on chance encounter, a shared moment that lives on in so many ways. Joburg has an energy that is unlike anything I’ve experienced before, you see these guys that push huge bags of disused material and waste around the city to recycle and produce economies to survive.

But beyond the visual there’s the sound – the whole city is an organism made up of pulses and echoes. We are together making this fucked up orchestra, we’re all in it, matter – adding to it, and being contaminated by it. I’m very interested in these patterns of movement and demographics based on necessity and labor. In Joburg you see the chaos and the gnarlyness of life, you feel the pull and pace – be it good or bad. You can’t be on the sidelines, you’re in it – knee-deep, so you had better go with it. I think this place is the most terrifying and exciting place I’ve ever been. So, I want to stay longer, build on the community of artists, friends, and comrades I’ve made here.

C&: Can you give us an insight into the project you are working on right now – is it connected to the space?

LC: It’s literally connected to the space. My studio has gone from being my space to a shared collective space for conversation and research. I recently hosted a two-day workshop called Mothers Tongue, in which my space became a recording studio where I kicked off the first day with a sound lecture – contextualizing my practice in relation to the podcast and music sharing culture. It was great to have such varied people participating, and to hold a group listening session. I was very aware of the different languages – English, Afrikaans – and the colonial tensions that are still present due to apartheid. I only speak English! And everyone around me spoke at least two languages. So I thought I’d frame this idea of foreignness; internal and external, and open it up to a space where I can learn. The politics of language and labor have kind of formed the foundation of my site-responsive project at the Bag Factory. Orated histories, erasing erasure, and generating new ways of experiencing and accessing knowledge. Big reference points and influences on my working process are Black Quantum Futurism, the Pan African Space Station, and the Free Black Press Radio. 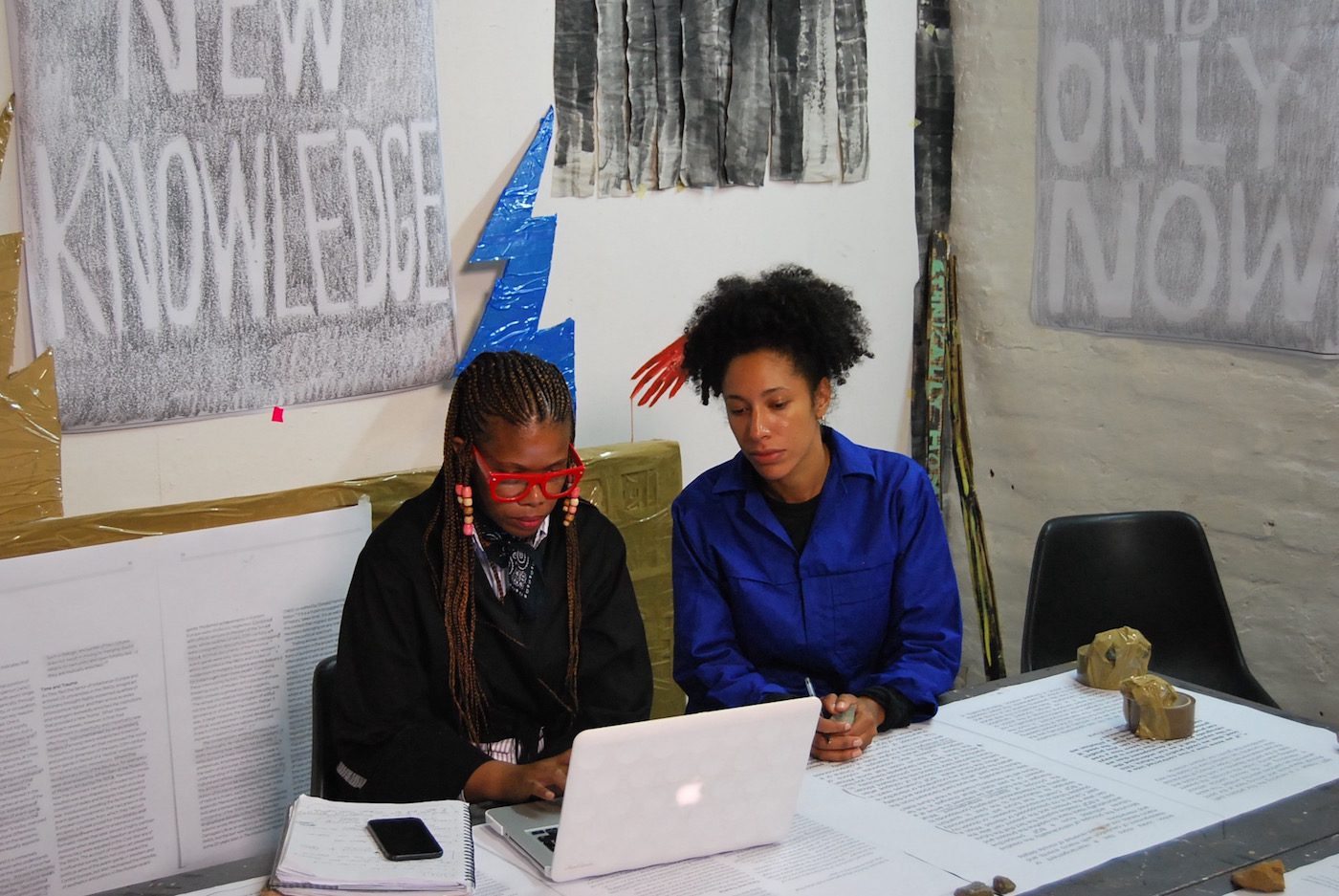 C&: How would the two of you describe your relationship as artist in residence and director of the art space?

TMJ: We have a great professional relationship but also a sisterly one, where I’m always available to guide or listen but also take advice from Libita.

LC: Having a Black woman in a position of power to talk to about my work and helping me to understand the nuances and histories here creates a very intimate and valuable relationship. There’s a lot of mutual respect there, and we’re learning from each other.

Libita Clayton (b.1987) graduated with a BA ( Hons ) in Print & Digital Media from Wimbledon College of Art, 2009. She has gone on to work between DIY spaces, art cultures, and collectives. Facilitating and participating (in) events with groups such as; Speakeasy Southwest, Gal-Dem, DEBUNK, Howling Owl records, and the Black British Classical Foundation. Thoughts on collaboration, intervention and the live, body much of Clayton’s practice. She is the recent recipient of the Triangle Network Fellowship with the Bag Factory, Johannesburg, South Africa ( 2018 ).

Libita Clayton and Celina Portella present the joint exhibition “What knot not”, culminating the end of their respective residencies at Bag Factory Artists’ Studios opening on March 29.