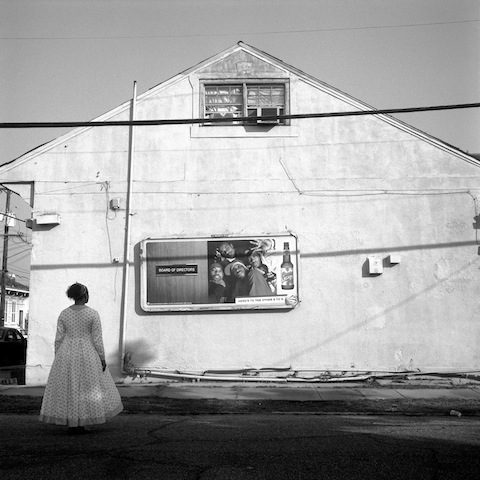 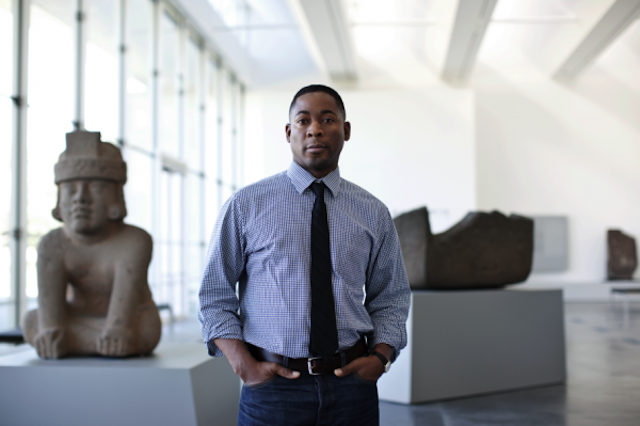 Kathleen Reinhardt talks to Franklin Sirmans on the occasion of Prospect.3

In 2008, in the wake of Hurricane Katrina, curator Dan Cameron launched Prospect.1 as a revitalization effort for New Orleans, aiming to both draw attention to the region and inscribe its local production onto the map of contemporary international biennials.

In 2008, in the wake of Hurricane Katrina, curator Dan Cameron launched Prospect.1 as a revitalization effort for New Orleans, aiming to both draw attention to the region and inscribe its local production onto the map of contemporary international biennials. This critically acclaimed first edition, set mainly in the city’s Lower Ninth Ward neighborhood, featured many site-specific works thematizing loss and devastation, while also engaging the city’s complex histories and traditions and its unflagging will to look ahead. This year’s biennial curator, Franklin Sirmans, treats what might seem like a tough follow-up as a great opportunity to expand and work against the impulse to perpetuate solely romanticizing and nostalgic notions of the city. In the middle of installing the ‘exhibition in the exhibition’ “Basquiat and the Bayou Presented by The Helis Foundation” at the Ogden Museum of Southern Art, one of the biennial’s 18 venues, Franklin Sirmans speaks to writer Kathleen Reinhardt about his upcoming show.

Kathleen Reinhardt: Prospect was founded as a kind of effort to bring a culturally highly relevant place back onto the map. I always see New Orleans as a very central place in American cultural history – a place of a kind of mythic origin. On the one hand as the hub for slavery – the very basis of American capitalism and its strict societal order around race and its enmeshment with class that has spilled into our neoliberal present. On the other, it is also the place where maybe the only truly American art form was born out of these very specific historical circumstances – jazz music. For me, New Orleans before Katrina was very much a kind of nostalgic nucleus of the US. But during and after Katrina, it was becoming very much a place of the now. Prospect.1 emerged against the backdrop of the failure to implement proper measures to protect the city against floods and the subsequent man-made disaster that occurred when the levees broke, and the ousting of many residents from their destroyed homes. The lack of aid as the catastrophe unfolded was ascribed by many to the fact that New Orleans has a predominantly Black population. This was the initial setting for Prospect.1, which Dan Cameron envisioned as a new beginning. You entitled your show “Prospect.3 Notes for Now.” Can you tell me what kind of obligation you feel towards this heavy history that stands behind New Orleans, and thus partly also behind Prospect, and how these considerations influenced your attitude towards the exhibition?

Franklin Sirmans: The conversation that Prospect.1 started was urgent and still heavily influenced by shock and loss. But I think, further removed from the catastrophic events of Katrina, Prospect.3 can do something quite different. So we are drawing upon themes that are central to New Orleans, but not necessarily that one event. There is a very strong focus on the uniqueness of New Orleans as a city and it certainly cannot be done anywhere else, by any means, but I also wanted it to be wide enough to include and encompass other conversations. The biennial as a format gives room for that since each biennial is very specific to its history and circumstances, but as a curator I think it’s a matter of working from a standpoint that allows for the form to be open, to grow and be dynamic. So we are tapping into the singularity of New Orleans, a city that has lots to offer in terms of American history, but also as a site of disruption, and in terms of presence and now. So Prospect.3 is certainly situated in New Orleans, but it has an international ambition that I am using as a platform. This is also reflected in the artist list and the many projects that led up to the biennial. With the initiative P3+ we are actively engaging the city’s vibrant local scene that has grown very much after Katrina. Mary Ellen Carroll, William Cordova or Gary Simmons are only a few of the artists that are doing site-specific works in the city for the biennial. And in the galleries I’m also working with artists that I have known for many years and whose work I’ve shown in the past and really appreciate and trust, like Carrie Mae Weems or Kerry James Marshall, but I’m also showing artists whose work has not been shown very widely in the US before, like Mohamed Bourouissa or Liu Ding for example.

KR: You are also showing works by Paul Gauguin and Tarsila Do Amaral – a pairing that I find highly interesting not only in terms of their styles, but also in terms of their highly different approaches towards perception of the subject.

FS: Yes, I am also very excited about this, but let me explain a bit further here. For Prospect.3, I was very much influenced by the novel The Moviegoer by Walker Percy. It is set in the late 1950s and early 1960s and provides inspiration as an existentialist discursive text in which things happen very subtly and very poetically. The setting of this book is in New Orleans, but it could also be anywhere else. At its core it is about people and how people see each other. For me, this then connects to Paul Gauguin and Tarsila Do Amaral and there is a conversation between these two that revolves around notions of how we choose to see each other. For me, with Gauguin it is interesting to see how he perhaps intends to find himself in an exoticized other. With Tarsila it is different – she tries to define an other – so what it is to be Brazilian in the 1920s. Tarsila was inspired by the “Anthropophagite Manifesto,” or cannibalistic manifesto from 1928, which demanded Brazilians to devour European styles, casting off any direct influences, and instead go on to create their own style through their culture. Instead of being devoured by Europe, they would absorb Europe themselves. So this idea of consuming the other in order to show one’s true self is specifically resonant in the Brazilian context with its different influences from Europe, the Caribbean and Africa. Gauguin and Tarsila are coming from two completely different viewpoints that I think are still highly relevant today.

KR: Part of Prospect.3 is also a show of works by Jean-Michel Basquiat with a special focus on the influence of the South on his work.

FS: There have been many exhibitions of Basquiat’s work, but they have mostly been survey shows and were not particularly focused. With this particular exhibition as part of Prospect.3 I not only show his work in New Orleans, but I hope it helps us in order to think about the South, about Latin America, and about the Caribbean more as a node, so not as the margin, but as the center.

Kathleen Reinhardt is a critic, curator and doctorial candidate based in Berlin. She is co-founder of the translation collective textual bikini. Currently, she is writing her thesis on socially-engaged and performance art in the realm of post-blackness at the Art of Africa department of the FU Berlin.