Audrey Mothupi, South African CEO of a global research and technology firm, explains why she collects art and which South African artists truly speak to her

For Audrey Mothupi, art is integrally linked to uplifting, expression and emotional awareness. She is the chairperson of Orange Babies, a non-profit company focused on Aids orphans and vulnerable children across South Africa, Namibia and Zambia. And she recently initiated a collaboration between the non-profit company and Goodman Gallery in Cape Town. 13 artists represented by the gallery were invited to produce designs on dinner and side plates, dealing with issues close to Mothupi’s organization. The South African businesswoman believes that art has the power not only to express political, economic or health issues, but also to engage with your emotions. It is one of the reasons that got her into collecting cutting-edge and critical art from Africa.

Mothupi believes that one does not need to be wealthy to collect art. According to her, this is a false idea. One can start collecting art from marketplaces, not necessarily galleries. For Mothupi, buying art is not about collecting but rather about the ability to understand and unravel a story through the process of receiving an artistic object, a deliberated and articulated process.

“Through this process art becomes a facilitator for challenging social conventions, placing the viewer in awkward situations,” she says. And she looks for these challenging environments in which she herself feels that she can grow and evolve. In the works of Sam Nhlengethwa she finds exactly that. “He inspires citizens with the courage to revolt and make their voice heard,” she explains. She adds that she was moved by Nhlengethwa’s mining series, “Glimpses of the ’50s and ’60s,” in which she could almost feel the miner’s history on a personal and humane level. She is an avid collector of his art, with a number of his artworks forming an integral part of her collection. 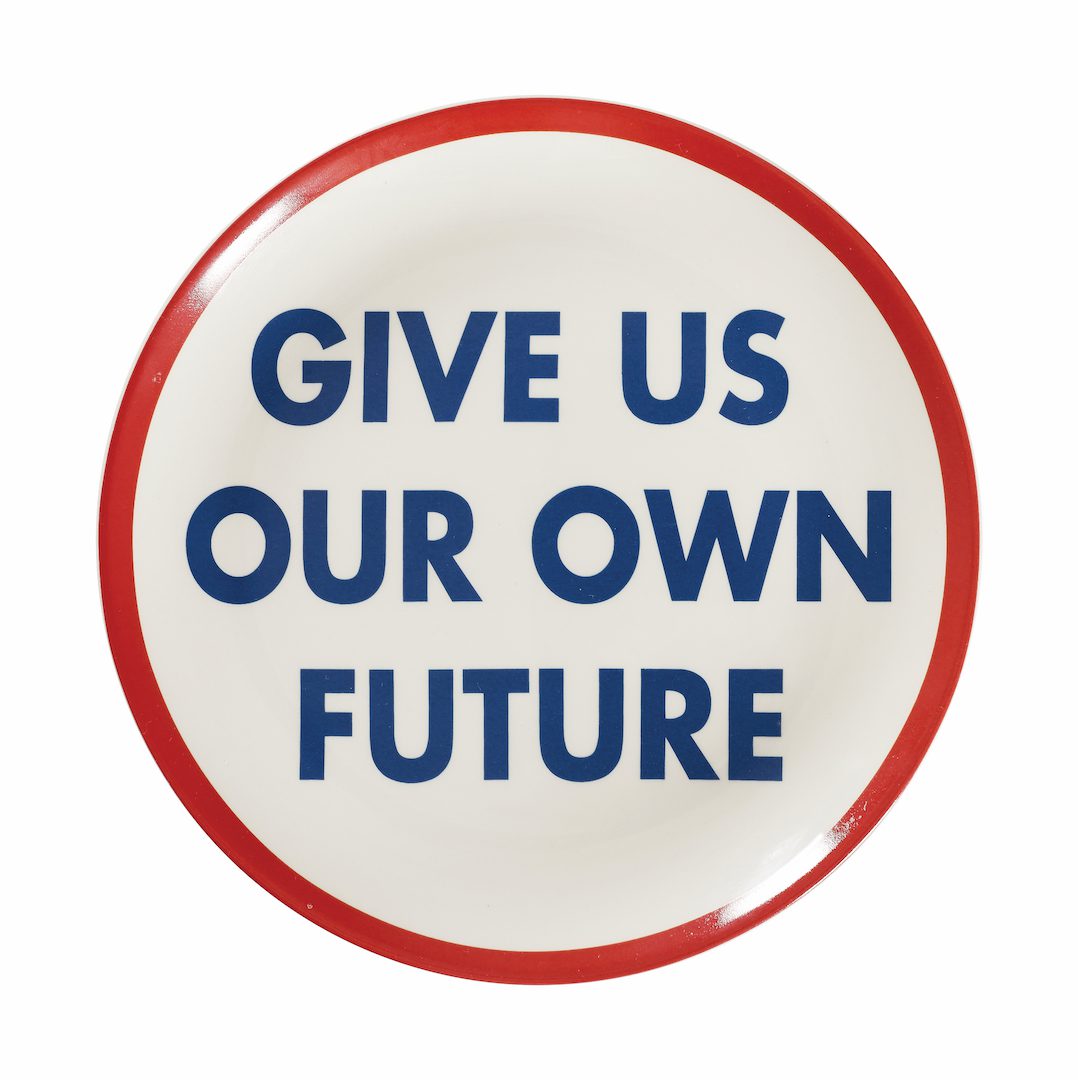 Hank Willis Thomas, Give us our own Future. Dinner Plates series, 2016. Courtesy of Audrey Mothupi and Goodman Gallery

One of her favorite pieces is A Tired Miner, which was published in 2004 by Mark Attwood and Tamar Mason at the Artists’ Press in Mpumalanga. It depicts the utter exhaustion and strife that miners suffered during apartheid rule. Furthermore, the lithograph exhibits the terrible lack of privacy that they were required to live under, earning extremely low wages relative to the economy of the time. Inserted into this lithograph is a coat or jacket hanging in the neighboring compartment. When Mothupi look at these empty coats, she begins to question this signifier: What happened to these men? Who were they? How were they appreciated? Where were their families? – It is through these questions that the innate power of this piece begins for her.

In 2012 Nhlengethwa produced a more contemporary print related to the Marikana mining debacle of that year titled, Marikana Strike is Worrying. In this print, four men are in discussion over what one presumes by the caption is related to the Marikana mining tragedy of 2012, in which a total of 47 civilians were shot and killed by South African security forces. It was the single most lethal example of force against citizens in South Africa since 1960, and the first in the new democracy of South Africa. 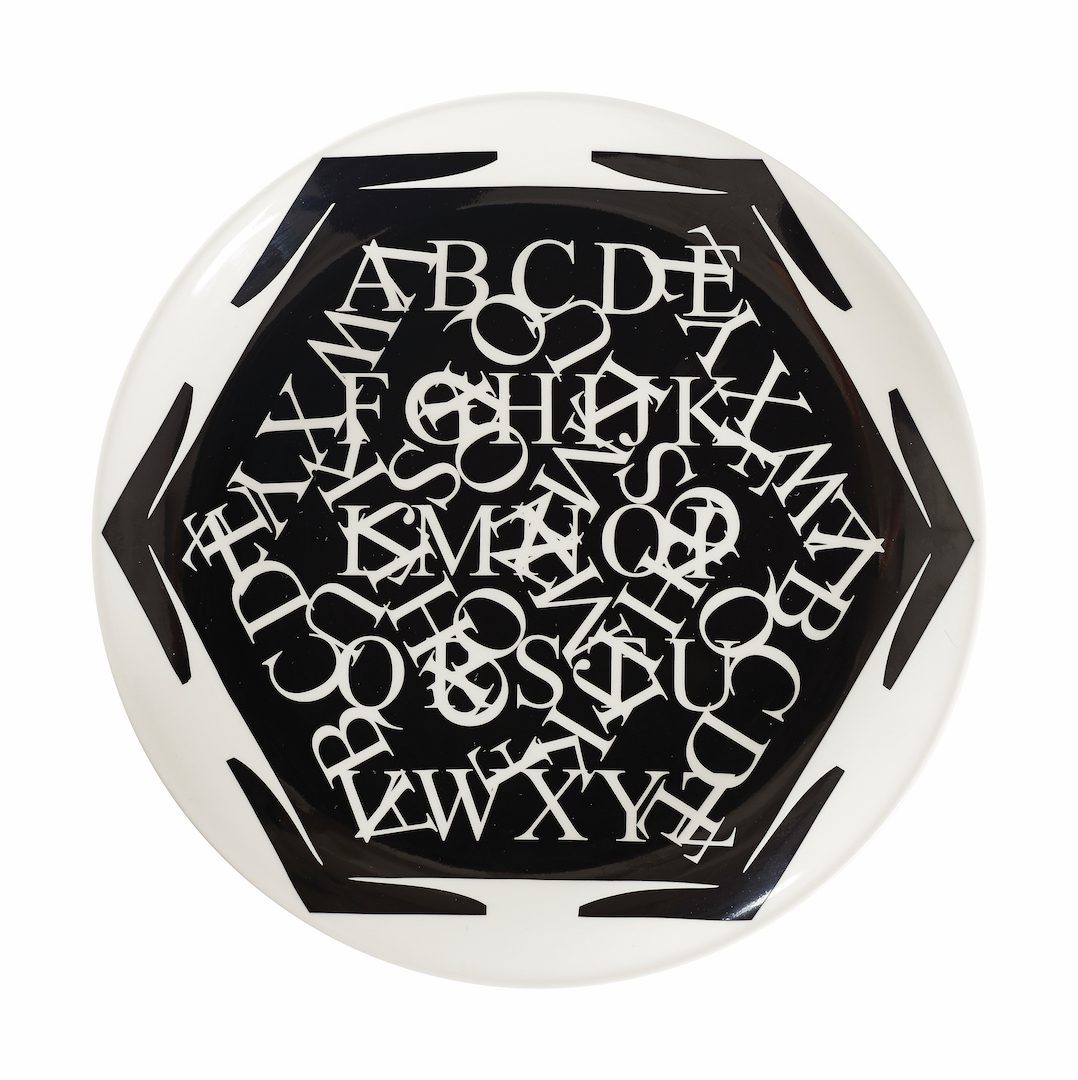 When Mothupi looks at Nhlengethwa’s township scenes, she feels as if she is walking into that space, surrounding herself with the sounds, feelings and articulations in this effervescent and ebullient space. It is similar to the way Michel De Certeau describes how “moving about the city multiplies and concentrates the city itself into an immense social experience of lacking a place.” Gazing into these scenes, which form a large part of Nhlengethwa’s oeuvre from the 1980s, enables Mothupi to move about a space, accessing the window into her imagination. “My way of experiencing art is walking into it. Not making it,” she reflects.

Another of her favorite female artists is Mary Sibande. She adores her bold installations of female figures, subverted into a range of various styles and dresses that interrogate the position of women through moments in history, be it queens, servants, domestic workers, leaders or chancellors. Mothupi feels that Sibande’s work has lent pride to the work carried out by women in all sectors of society. Moreover, she thinks that Sibande’s artworks question and destabilize notions of class, whether in terms of economics, education or history. In a similar capacity to Sibande’s iconic character, ‘Sophie,’ Mothupi herself straddles a number of positions that includes being a businesswoman, mother and chairperson of an organization contributing to the health and well-being of many citizens in southern Africa.

Daniel Hewson is a young curator, writer and cultural collaborator from Cape Town, South Africa. Since graduating from Rhodes University, he has specialised in curating in the visual arts field and in arts education, with a particular focus on printmaking.