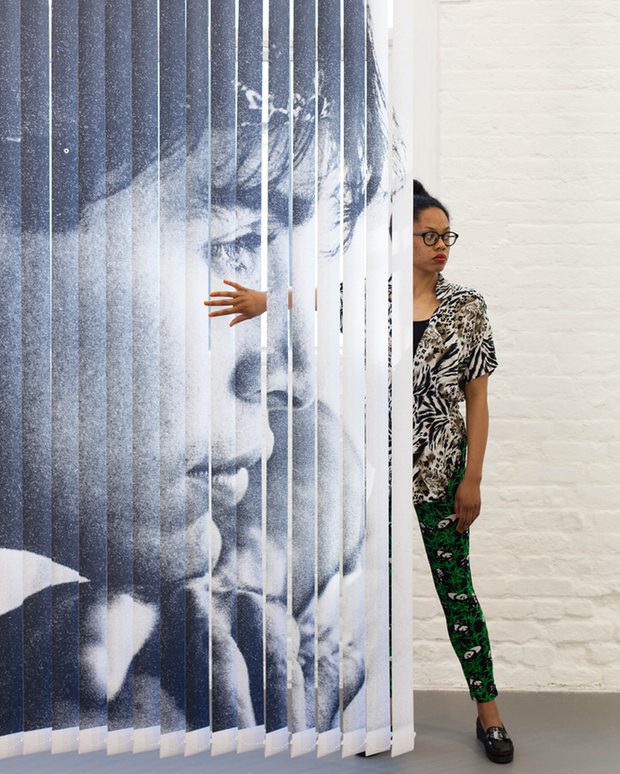 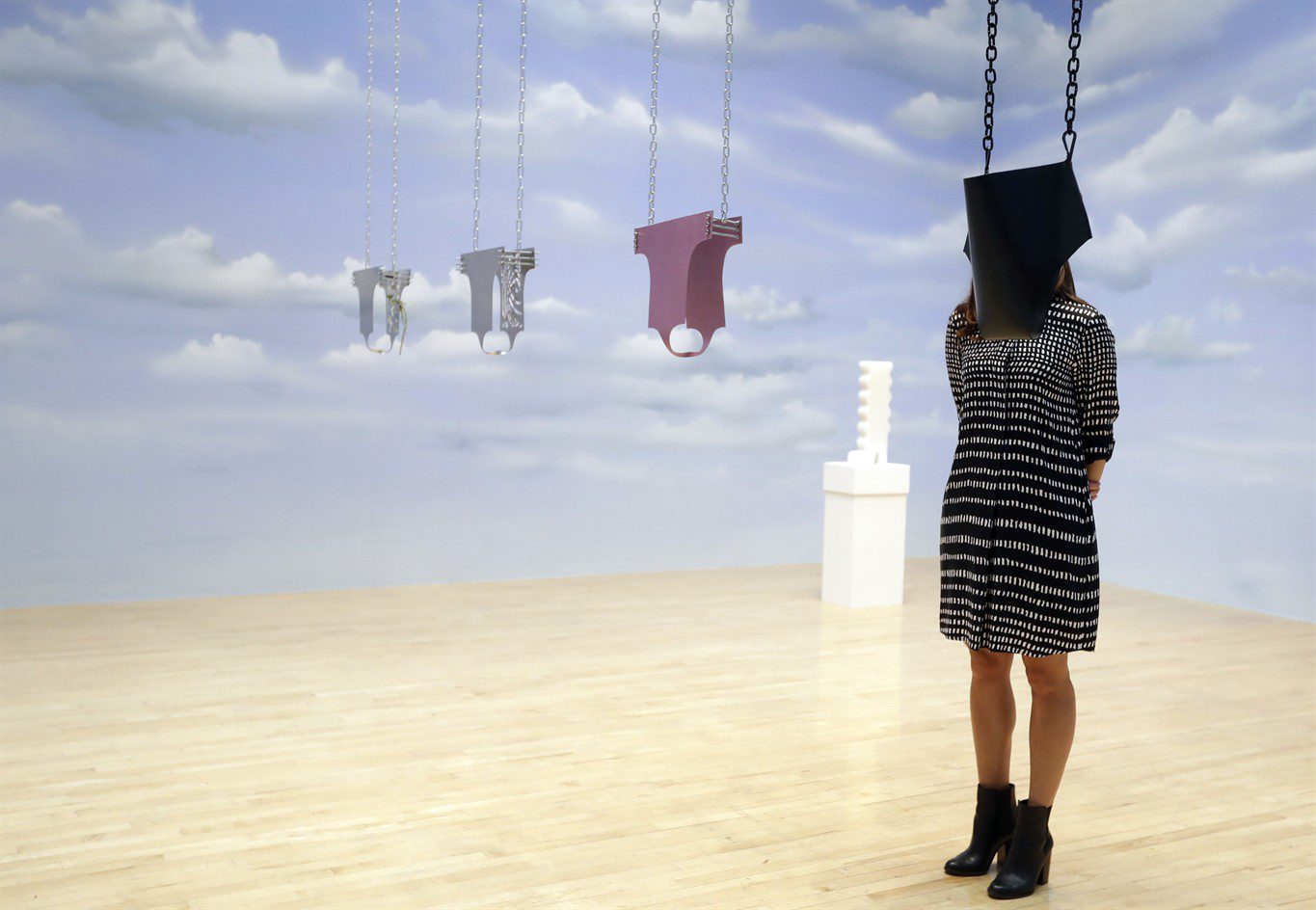 A woman looks towards part of an artwork called 'Lichen! Libido! (London!) Chastity!' by Anthea Hamilton, one of the four artists shortlisted for the Turner Prize 2016, as it is displayed at the Tate Britain gallery in London, Monday, Sept. 26, 2016. The Turner Prize aims to promote public debate around new developments in contemporary British art. (AP Photo/Kirsty Wigglesworth)
2/2
2/2

C&: The Turner Prize is one of the most prestigious awards within the art world. Did you experience a sudden hype surrounding your person as you are one of the four artists nominated this year?

Anthea Hamilton: Yes, definitely, it is intense but it’s around the work rather than me… and it’s only temporary. What feels very new is how suddenly one’s practice becomes so public. You always think you are producing work for the audience already but this is another dimension.

C&: Often your work is linked to the contexts of surrealism and British pop art. What is your interest in historical contexts?

AH: I approach topics in a very democratic way. For example, the links that finally led to my sculpture Project for Door (After Gaetano Pesce) (verlinken!!) were a long body of a research that stepped from Venetian gothic architecture, super realist painting and disco culture.

C&: Research is an integral part of your practice. Why?

AH: I really like presenting the results of my research in a way that it kind of mirrors how I look at it. It’s my point of view but equally, and ambiguously, the voices of all the other ideas that have come together. 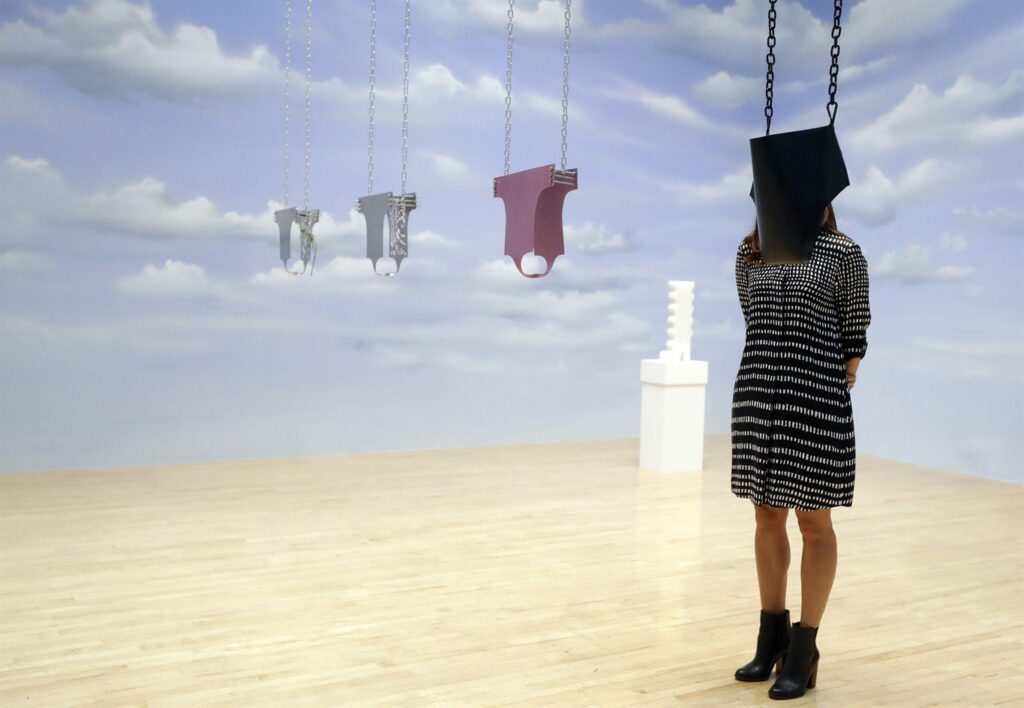 A woman looks towards part of an artwork called ‘Lichen! Libido! (London!) Chastity!’ by Anthea Hamilton, one of the four artists shortlisted for the Turner Prize 2016, as it is displayed at the Tate Britain gallery in London, Monday, Sept. 26, 2016. . (AP Photo/Kirsty Wigglesworth)

C&: What role does humor play in you work?

AH: It’s more like a processing tool than illicit laughter. How does humor work in an idea mechanically? That’s parallel to what interests me when I want to present my research. Maybe the humor in my work creates another kind of openness: it stops the work from being didactic.

Anthea Hamilton is a kind of updated surrealist who brings diverse and often bizarrely unlikely existing imagery, from Japanese Kabuki theatre to John Travolta, into vibrant and challenging installations. Her monumental buttock-doorway Project for Door (After Gaetano Pesce) is derived from an unrealized work by the great Italian architect-designer Pesce, originally intended for a New York apartment block. Discovering a working model for the piece, Hamilton decided to build it herself in a classic example of “appropriation” (some might have a less polite word for it).

The Turner Prize exhibition 2016 is on view at Tate Britain in London until 2nd January 2017.