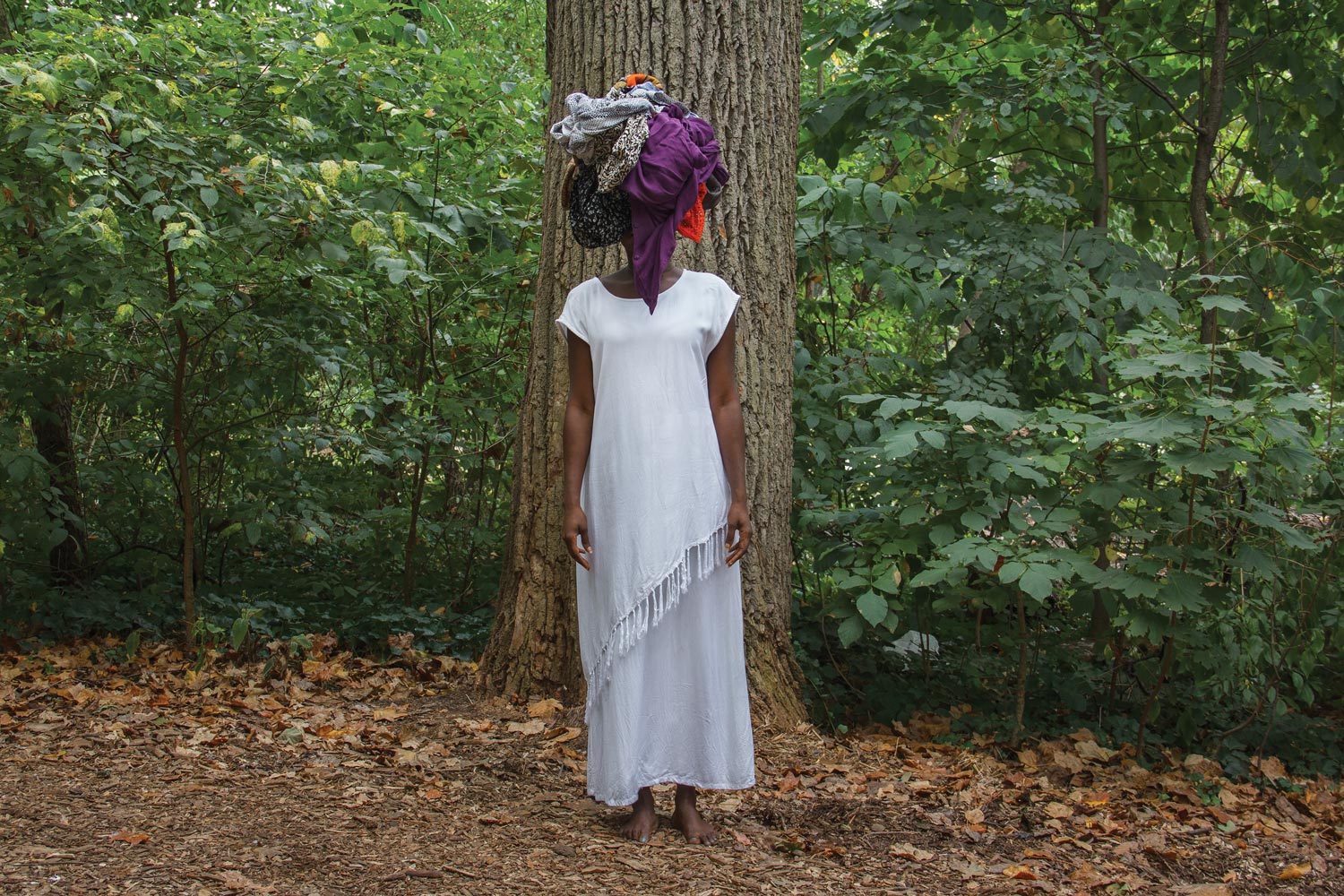 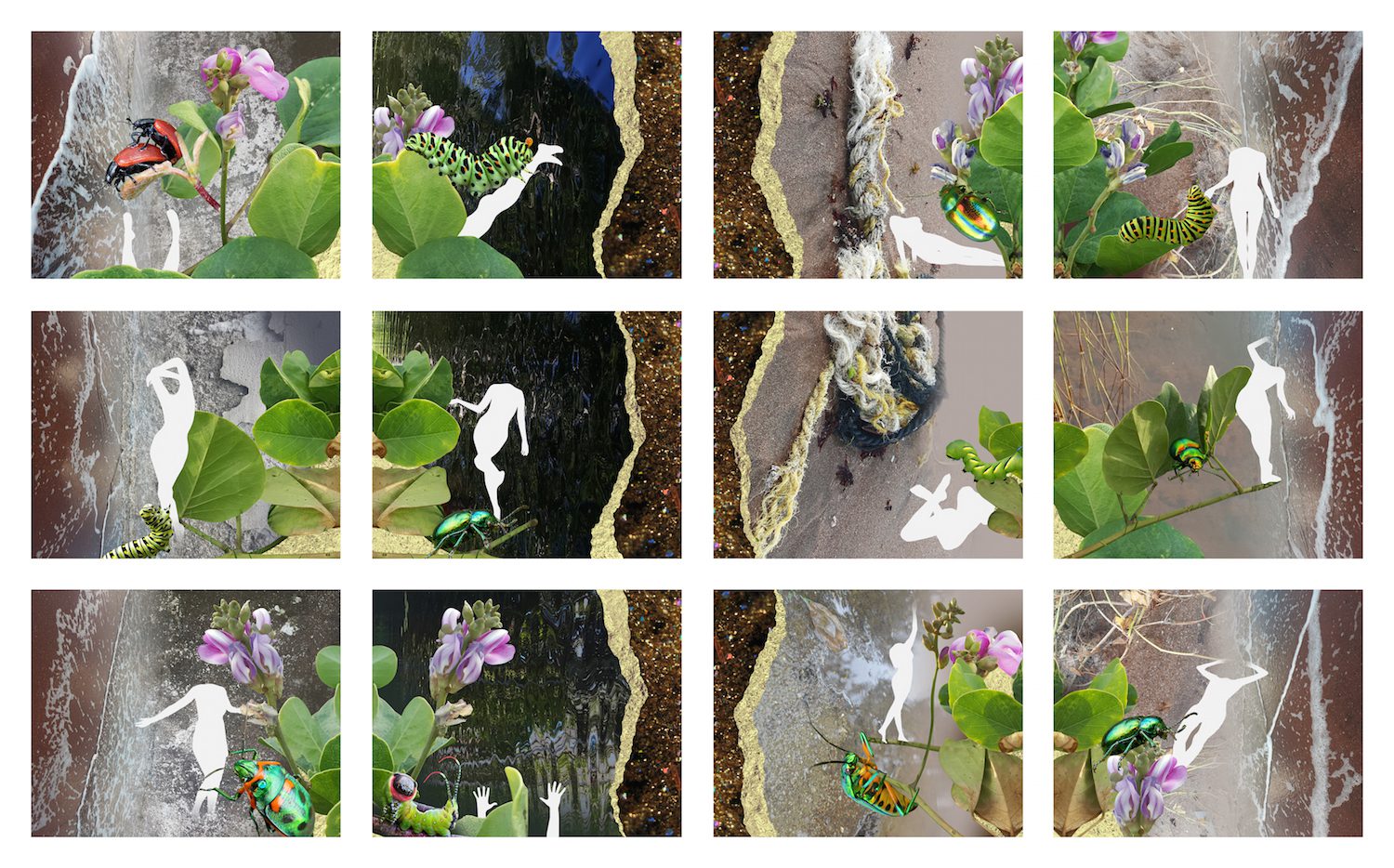 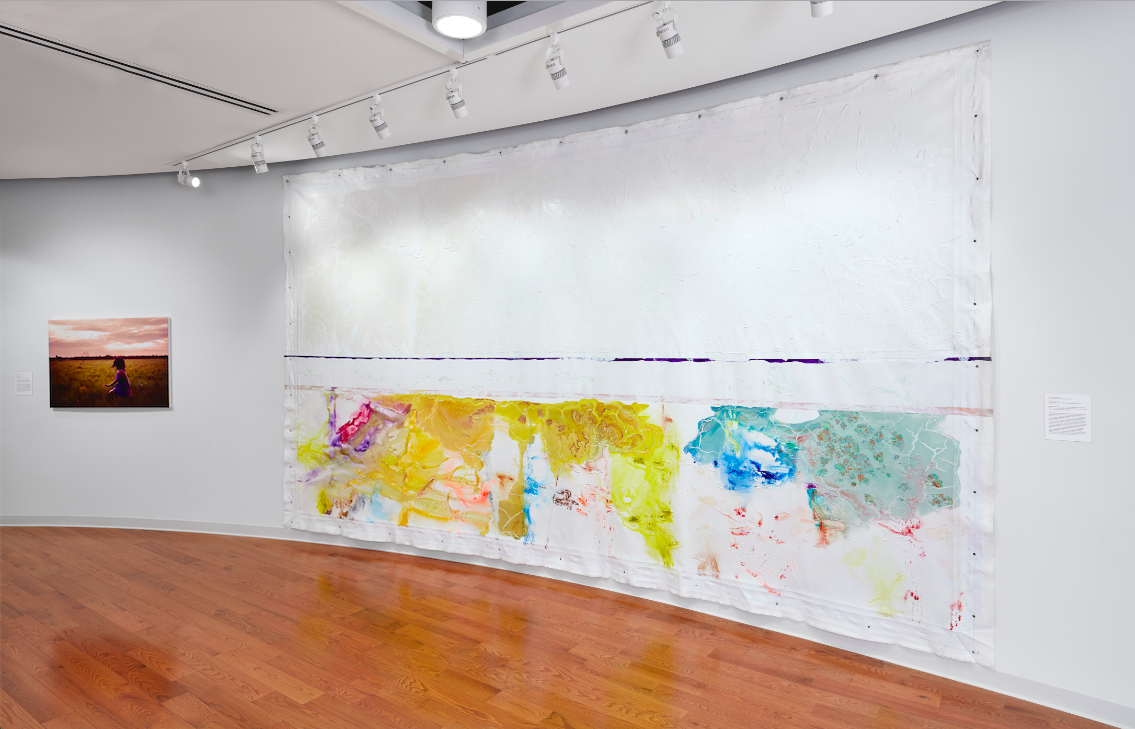 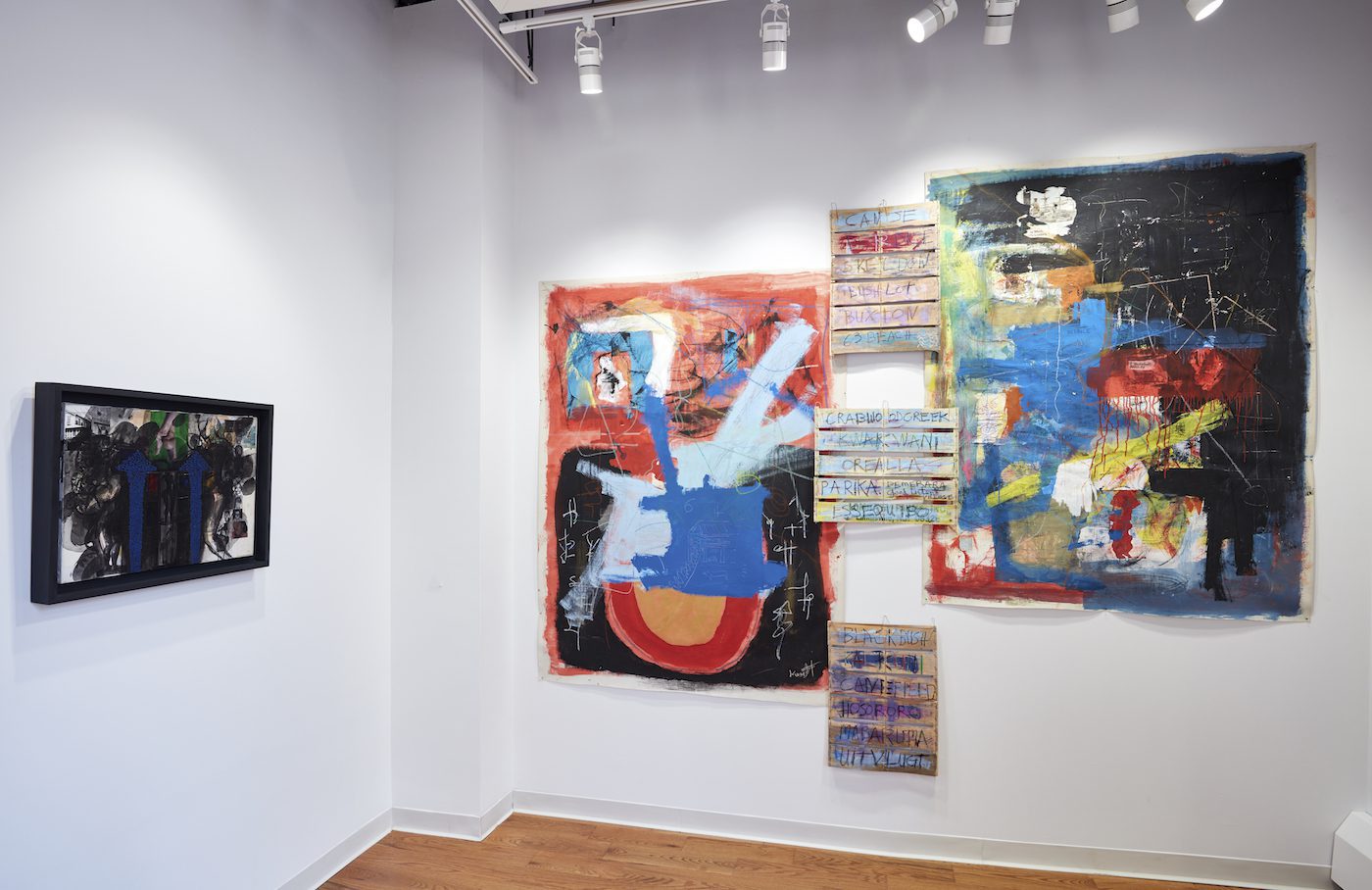 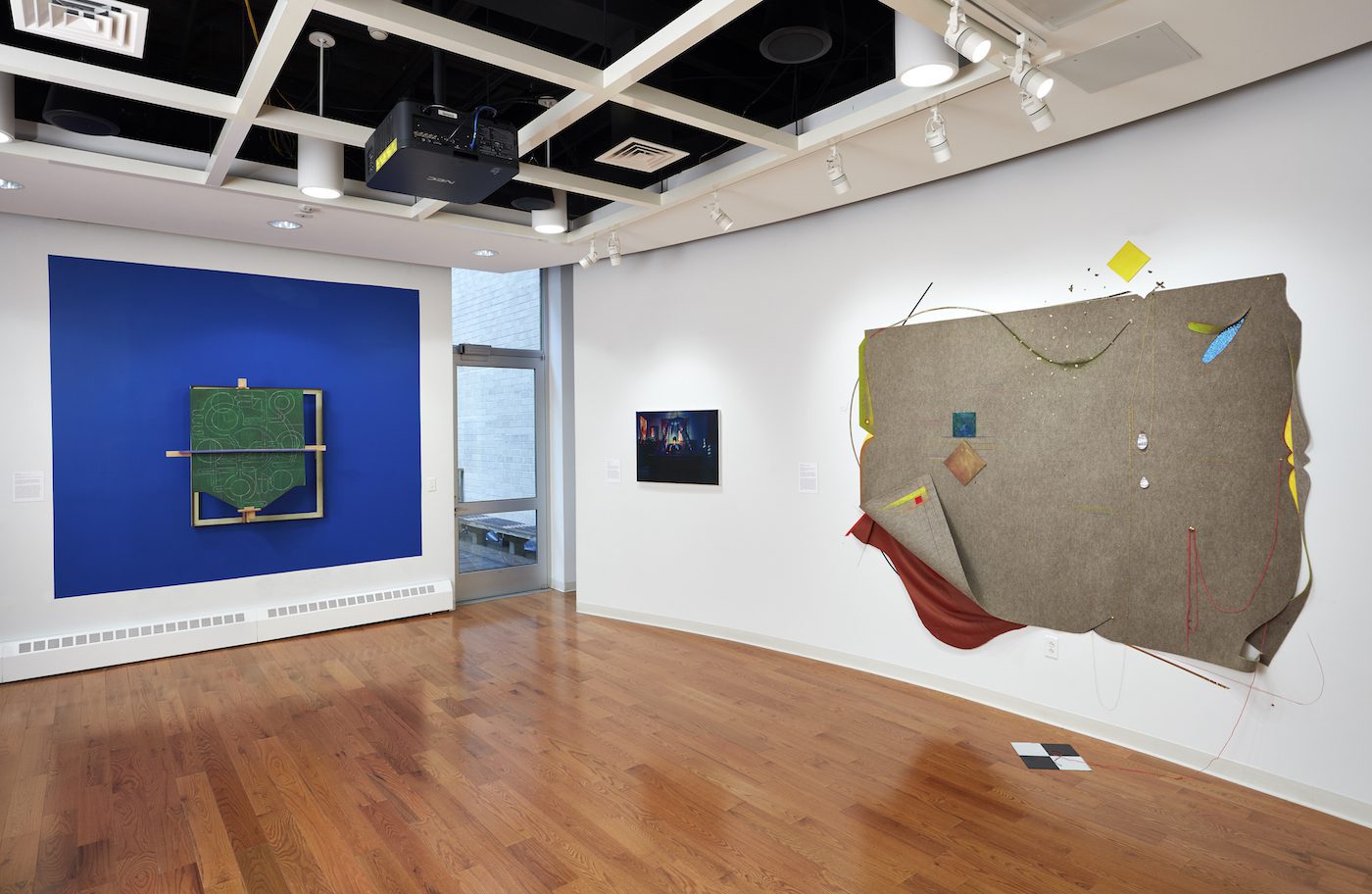 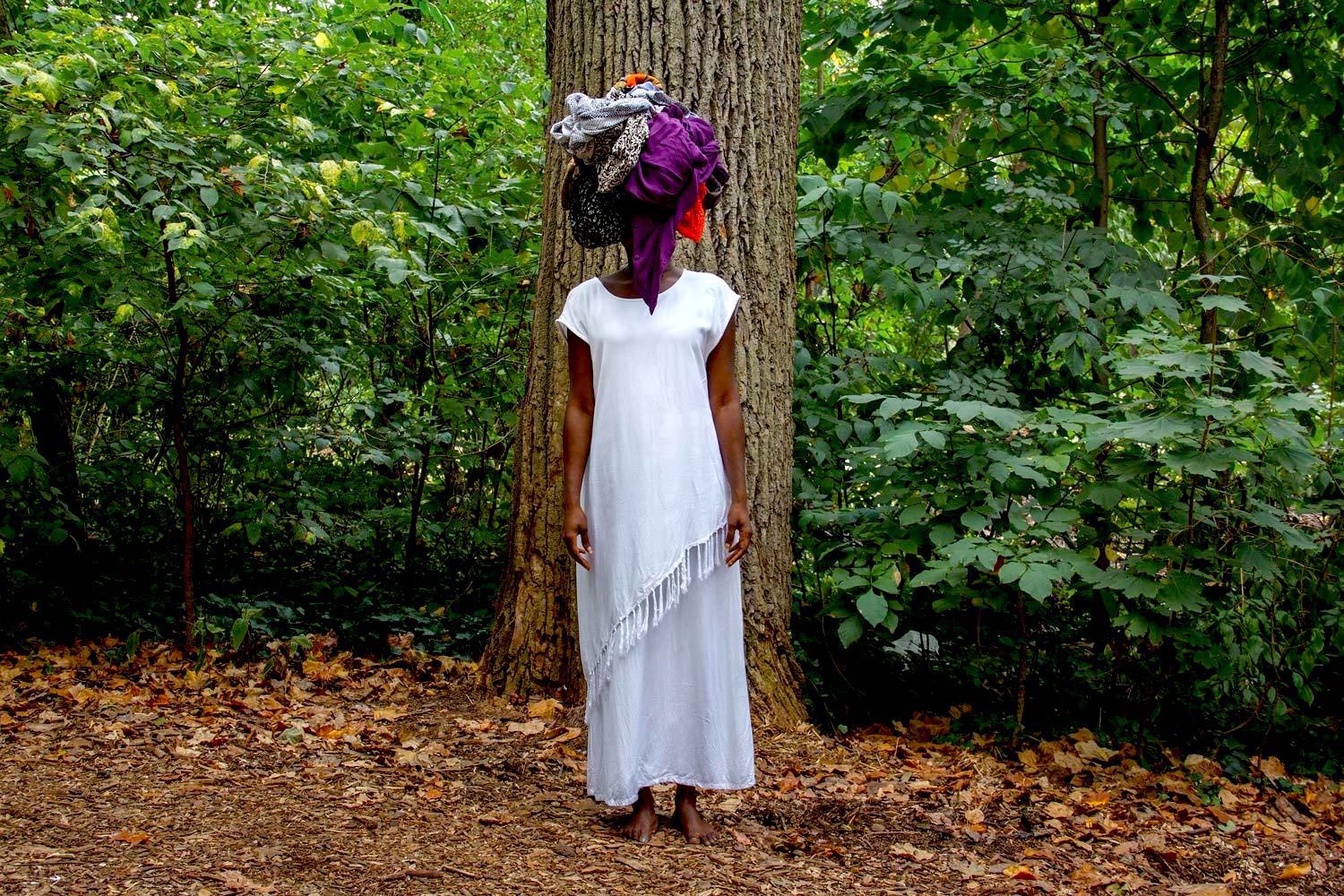 Those Who Leave and Those Who Are Left

Mobility in the arts, geographical or otherwise, is often seen as almost a requirement. However, COVID-19 has put to the test this very idea and aspiration. In the series "States of Mobility" we have selected texts that probe assumptions of movement in relation to people on the African continent and beyond. In this Q&A with Celeste Hamilton Dennis, Guyanese-American curator Grace Aneiza Ali talks about her exhibition Liminal Space at Harlem’s Caribbean Cultural Center African Diaspora Institute in 2017, in which artists from Guyana and its Diaspora explore migration.

Untitled #1, from the series, Mama's Clothes, 2015, by Keisha Scarville. Courtesy of the artist.

Grace Aneiza Ali: I’m fascinated by the linguistics of “liminal” – it’s from the Latin word “limens,” which means “threshold,” a place of transition, waiting, and unknowing. It’s an entry point to venture into challenging conversations about both spectrums of the migration arc: those who leave and those who are left.

CHD: Why are artists of Guyanese heritage uniquely positioned to explore this global theme of migration?

GAA: Migration has been our norm for the past six decades. More people live outside of Guyana’s borders than within the country. Dominique Hunter, an artist who is based in Georgetown, Guyana, has said that the moment you understand what migration means as a child growing up in Guyana, you are told that your “… greatest aspiration should be to leave.” As an artist, she’s worked really hard to resist that. Migration swirls around Guyanese people. This is why I look to the voices of Guyanese artists to engage with migration as the defining movement of our time.

We Meet Here, I to XII, 2017, by Dominique Hunter. Courtesy of the artist.

CHD: Older and younger generations of artists are placed side by side in Liminal Space. Why did you make that choice?

GAA: There is a great need for stronger relationships and deeper connections between the elder and emerging artists. So I thought critically of how I could place them in a kind of metaphorical conversation with each other as I positioned their work. I wanted both artists and viewers to see the possibilities of dialogue among their art-making – even if they had not met or spoken to each other yet.

For example, the way Arlington Weithers (b. 1948) plays with landscape in his painting White: Crossing (2017) has a stunning connection with how Khadija Benn (b. 1986) manipulates landscapes in her self-portraiture photography, Amalivaca (2012).

The handwritten names of former plantation sites in the mixed-media installation of Kwesi Abbensetts (b. 1976) calls to mind how Donald Locke (b. 1930) titled many of his works after these sites – both of these artists engage with the country’s colonial past via powerful acts of naming.

CHD: Why is it important for you to give space to Guyanese female artists, particularly a younger generation?

GAA: I’ve seen at times how women have been eclipsed and overshadowed. If you ask people to name Guyanese artists, that’s hard enough. If they can, they usually rattle off a list of men. And yes, that recognition is rightly deserved. But I also think of the decades of work, for example, Bernadette Persaud has been doing in Guyana, of her unwavering championing of the arts. She should be on  everyone’s list. And because I am a Guyanese woman, I’m able to have access to a younger generation of artists. There’s a trust there and a strong community among us because of a shared sense of what we are attempting to do in our practices and what we are up against. How these young women are provocatively engaging with issues around gender in their work is brilliant and complicated, and I want to do everything I can to make space for that to be seen.

CHD: What’s happening now in Guyana and the Guyanese Diaspora art scene that we should pay attention to?

GAA: The engagement with the medium of photography. Michael Lam and Karran Sahadeo are stellar examples of this, two self-taught artists who are doing important work by documenting life in Guyana. The fact that everyone can access a camera or a camera phone has democratized the landscape of photography in the country. From the Diaspora artists, I’m excited about how they mine photographs in the family albums their parents brought when they left Guyana and how they formulate visual narratives about Guyana from these personal archives. We don’t hear about Guyana’s family stories enough. Instead, we’re inundated with dangerous, single stories: of political corruption, poverty, violence.

Still from The Seawall film, 2010, by Mason Richards. Courtesy of the artist.

CHD: What’s been challenging about combating the absence of contemporary Guyanese art from the art world?

GAA: A common response I get from viewers  is: “I didn’t know this was Guyanese art.” Sometimes I think the expectation is of the “picturing paradise” aesthetic of coconut trees and beaches, or images of poverty. And I’m sympathetic to that. To hold that perception against what they’re seeing on the exhibition walls is jarring. That’s why for Liminal Space the first point of entry is Mason Richards’ lyrical eight-minute film The Seawall (2010). It gives people who aren’t familiar with Guyana a beautiful yet complicated and honest sense of the country: its energy, rhythm, people, flaws, and values. For many, it’s the first time they’re “seeing” what Guyana looks like from the lens of a Guyanese, not an outsider.

CHD: As a curator of Guyanese heritage, what’s it like for you to be surrounded by these artists at your exhibitions?

GAA: It feels no different from being in a room filled with Basquiats or Pollocks.

Celeste Hamilton Dennis is an editor at the arts activism publication OF NOTE Magazine and freelance writer for social good living in Portland, Oregon.