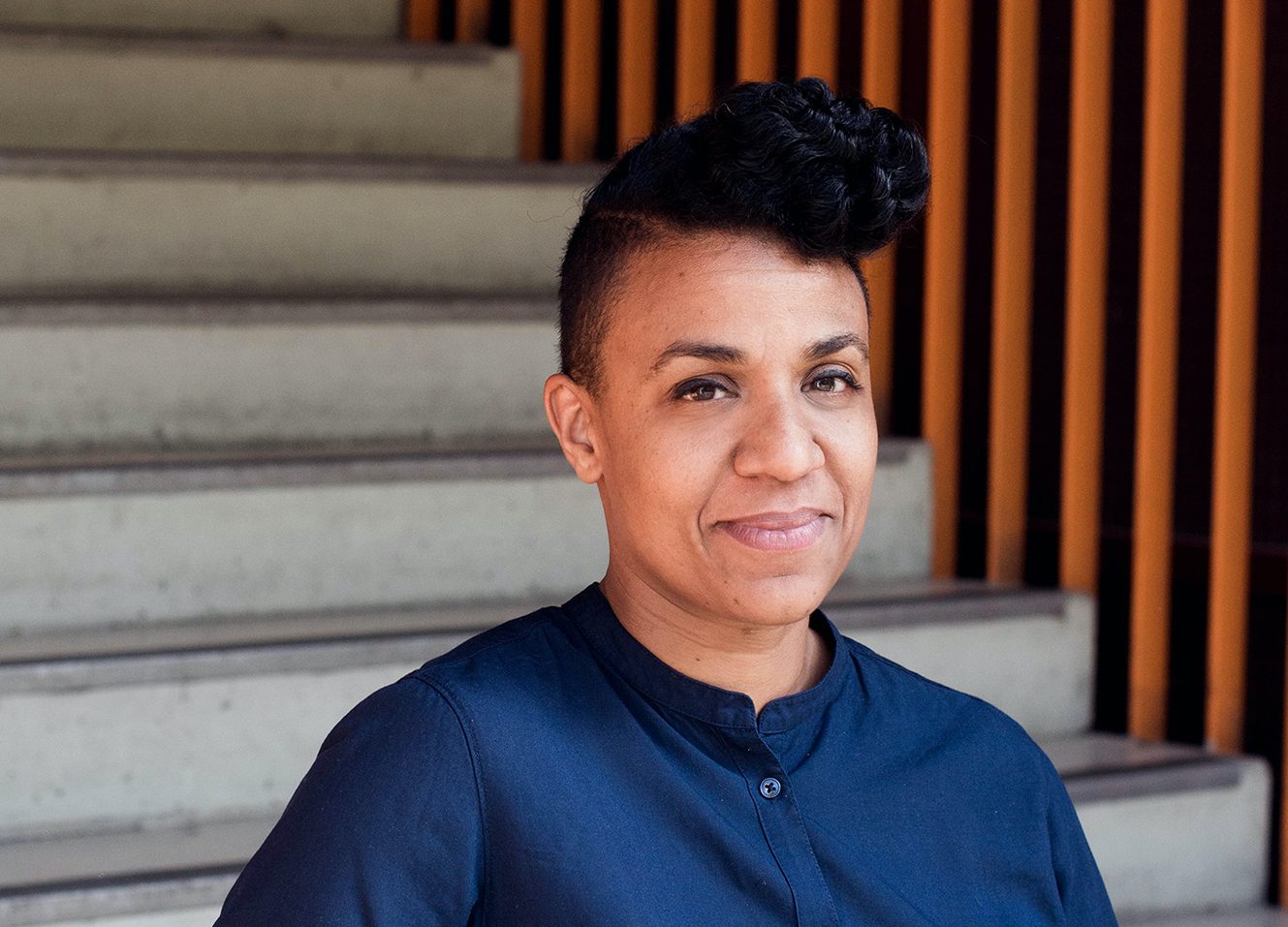 The Canadian-French artist is the 15th winner of the renowned award that includes the production of a solo exhibition at Museum Haus Konstruktiv.

In 2022, the Zurich Art Prize, awarded annually by Museum Haus Konstruktiv and Zurich Insurance Group Ltd, goes to Kapwani Kiwanga (b. 1978 in Hamilton, Canada, lives and works in Paris). This Canadian-French artist is the 15th winner of the renowned award. Endowed with CHF 100,000, the prize consists of an CHF 80,000 budget for the production of a solo exhibition at Museum Haus Konstruktiv and CHF 20,000 in prize money.

Before devoting herself to art, Kapwani Kiwanga studied anthropology and comparative religion in Canada. Her artistic practice, rooted in research relating to the humanities and social sciences, began in the mid-2000s and comprises sculpture, performance, video and installation. Kiwanga’s projects take her to archives. She focuses on the periphery of narratives on underrepresented histories and is particularly interested in issues involving historical and contemporary power imbalances, as well as in knowledge generation. The resulting works are captivating, due to the materials selected according to their socio- historical importance, such as beaded textiles, sugar cane paper, and plants, but also due to their lean aesthetics and clear language of forms.

For her project Flowers for Africa, for example, which has been ongoing since 2012, Kiwanga searches archives for visual material that was created in connection with African countries’ respective paths to independence. Here, she is interested in the floral arrangements accompanying diplomatic meetings or ceremonies. Based on historical photographs, the artist commissions florists to prepare floral arrangements that are later presented in the exhibition space on walls, on pedestals or even as free-standing archways. During the exhibition, they wilt, making it possible to experience the fragility of historical processes. “At first,” says Kiwanga, “the country is enthusiastic and hopeful for their future as an independent state, distancing themselves from their colonial history, yet this enthusiasm gradually fades with the realities and difficulties of every day, whether in terms of politics, economy or society.”

The Zurich Art Prize jury was particularly enthusiastic about Kapwani Kiwanga’s ability to translate her research on socially relevant topics into appealing visual propositions. Kiwanga’s works offer various readings, enabling observers to approach them from a material or phenomenological perspective, or with regard to the history of art and culture.
Kapwani Kiwanga completed her studies in anthropology and comparative religion in 2002. From 2005 to 2007, she participated in the renowned La Seine program at École Nationale des Beaux-Arts de Paris, and from 2007 to 2009 she completed further postgraduate studies at Le Fresnoy, Studio national des arts contemporains, in Tourcoing (FR).

Kiwanga won the prestigious Prix Marcel Duchamp in 2020. In 2018, she received both the Sobey Art Award from the National Gallery of Canada and the Frieze Artist Award.

C& Editions is a program of specially commissioned editions by collaborating artists. First up is acclaimed Paris-based artist Kapwani Kiwanga, who traces the pervasive impact of power asymmetries.