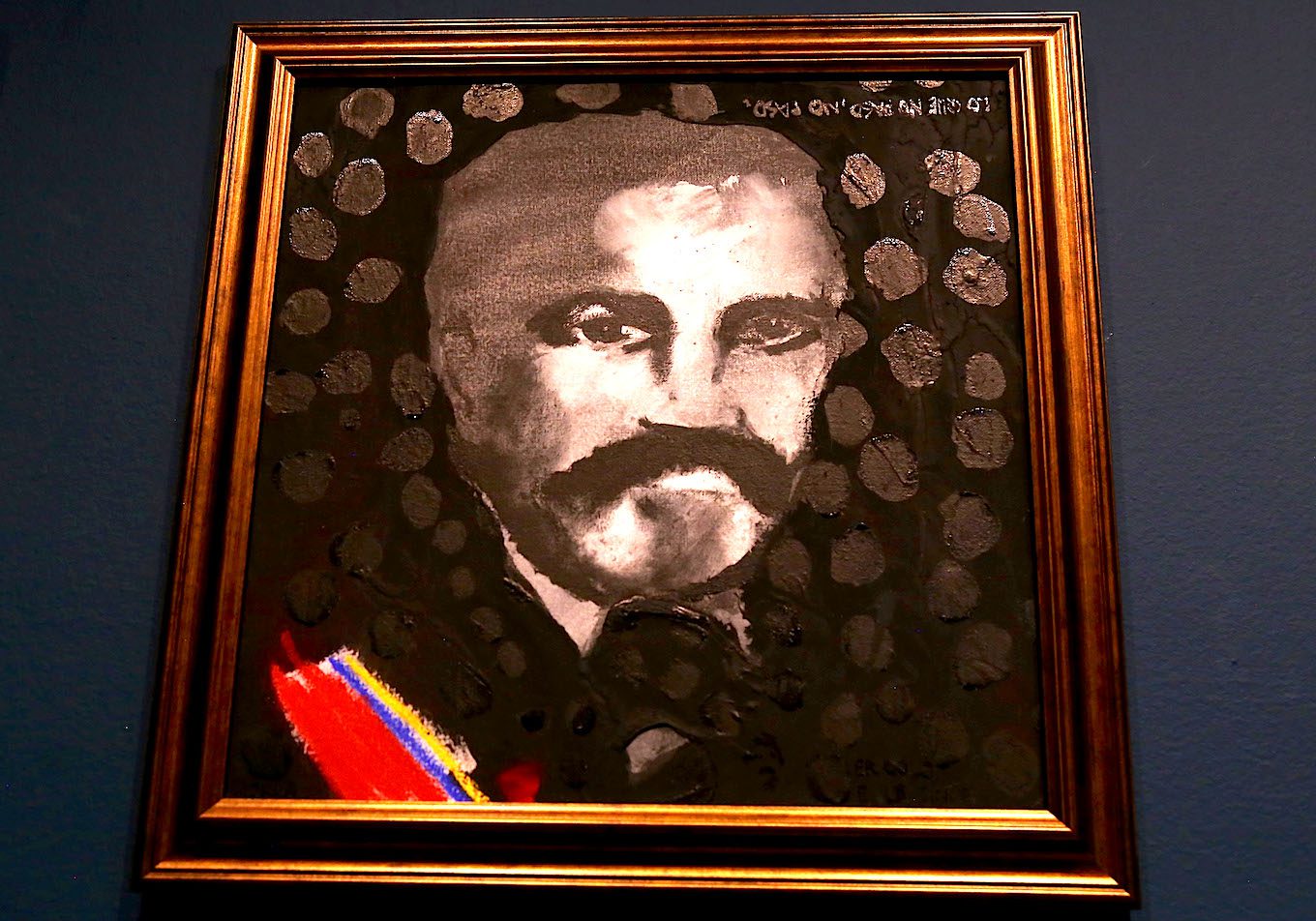 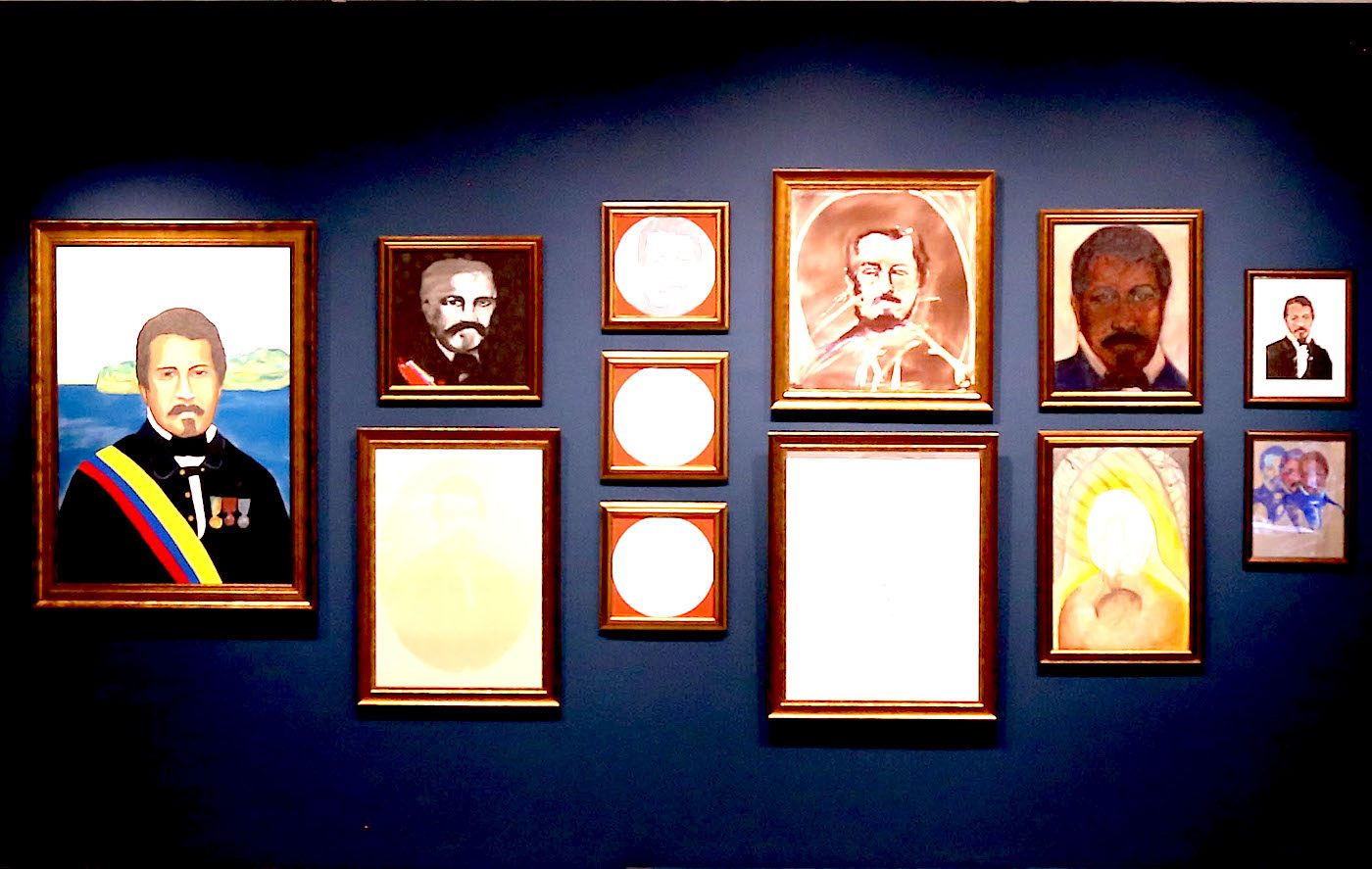 How Black is Black Enough?

The Whitening Of A President

In a variety of portraits, eight artists evoke the history of the first – and so far the only – black president of Colombia. The show “¿Suficientemente negro?” (“Black Enough?”) opens a debate about identity and the narratives of whitening. For C&AL Ana Luisa González visited the exhibition at the American-Colombian Center in Cali.

Very few people know that Colombia has had a black president: Juan José Nieto Gil (1804-1866), Caribbean, constitutionalist politician, abolitionist and writer. He was in office for six months in 1861, during what was then the Republic of New Granada, but fell into oblivion for more than a century and a half.

Nieto’s original portrait, created before his brief presidential term, was sent to Paris in order to give it a “more distinguished” appearance; in other words, to lighten the tone of his skin and modify his features somewhat.

When the painting returned to Colombia, it was kept in the Historical Museum of Cartagena and, after a restauration in 1974, abandoned in the Palace of the Inquisition. The whitening and the oblivion of this portrait tells the story of a collective destiny repeated far and wide throughout Colombia.

In 2016, 155 years after Nieto’s presdential inauguration, the director of the National Museum of Colombia, Daniel Castro, commissioned a new portrait from the painter Justiniano Durán to be included in the collection at the presidential palace. After a public auction, the portrait arrived at the palace, but was never included in the gallery in the Tapestry Salon next to the other presidents.

This new portrait marks the point of departure for the exhibition ¿Suficientemente negro?, organized by the American-Colombian Center in Cali, during the Black History Month in February 2019. The exhibition, which includes reinterpretations of the portrait by eight different artists, is a collective effort to vindicate Nieto’s memory. At the same time, it opens a debate on raciality, identity and representation as well as the methods of whitening that have permeated the country.

This project is part of White Porcelain by artist Margarita Ariza, who since 2011 has collected files/archives, photographs, drawings and performances to expose the aspiration to whiteness which is still widespread in our quotidian. Further, it reveals the racial hierarchy, the discrimination, exclusion and the mechanisms of whitening that penetrate the story of a family as well as of a nation.

In the inaugural talk, moderated by Margarita Ariza, six artists each shared their version of the portrait and their perspective on the whitening of Nieto and the necessity in questioning whether or not should to be black in order to speak about Afro-Colombian identity.

One of the artists, Mónica Restrepo, shared her approach to the portrait by way of an iconic gesture of former US president Barack Obama: after her speech, she dropped the mike onto the floor. To restrepo, “this is a gesture, which Obama borrowed from rappers and comedians of the 80es as a way of saying ‘and that’s all there is to say about that’. There is no better contender.”

From a broken object – the microphone shattered into pieces – the question arises: what voices can be heard and which are silenced? In the same way as Nieto was a president censored by a colonial system, the artist speculates whether or not she can talk about Juan José Nieto Gil.

This question resonated with the audience and an assistant asked the artists, in which context one, not having grown up in an Afro-Colombian community, can talk about a black president. The discussion revolved around the question: What is blackness? and when is one sufficiently black to speak about or represent Afro-Colombians?

Fabio Melecio Palacios (winner of the Luis Caballero Award 2011), an artist who frames his work from Afro thought, brought to the table the urgency of rethinking black identity. In his portrait, the artist questions if the concealment of Nieto’s figure remains a banal matter. Reflecting on his own work in the exhibition, Melecio said: “Nieto’s image is made of polystyrene, a totally banal, popular material that can go unnoticed.” Moreover, the color of the piece also refers to the whitening of Nieto’s figure.

Melecio’s commentary reconsiders how blackness should be defined and that it deserves a place inside a system where excluding narratives, passed down from colonialism, still persist. Perhaps, his perspective proposes a way out of the caste system that has been instilled as a result of the mixture of capitalism and colonial heritage.

And it is precisely the Colombian State that has perpetuated processes of colonization and modernization that have marked the history of violence in Colombia. Artist Liliana Vergara interprets her portrait from a place of impunity and concealment perpetuated by the Colombian state. “I try to evidence how these stories are hidden from us and how we are thus left without memory. Maybe that is the strategy so that we don’t have any path of action and we all remain like a flock of sheep.” Vergara’s portrait alludes to religious elements such as the headstone, the relic and the wound to show Christian values ​​in the Colombian state and questions the discourses that remain in the history of Colombia.

Ana Luisa González works in Bogotá as a cultural journalist.

This article was initially published on C& América Latina on 11 March 2019 and can be read in Spanish and Portuguese as well.