The Visual Journey of David Koloane through History’s City

Last summer the Iziko South African National Gallery hosted a retrospective of the South African visual artist David Koloane who died at the age of 81 in June, 2019. A Resilient Visionary: Poetic Expressions was a collection of works from the Goodman Gallery, which had hosted Koloane as a resident artist. The show is now at Wits Art Museum, where it runs until February 22, 2020. Themba Tsotsi mulls over the exhibition and the heritage of a paradigm shifter and a visionary.

David Koloane was a dynamic figure in the art community in South Africa. He played an important role in the development of art here, but also made a stellar contribution to the practice of writing about visual art, laying the foundation for Black writers – he was an advisory board member at Nka Journal of Contemporary African Art, and published articles in local and international publications. He was a paradigm shifter in the practice of art, a maverick by the sheer volume of painting he produced, and a true South African in that he new how to endure.

Taking time to consider his perspective, or what it appears to be for an audience member, can help us discern his vision for not just himself and his own ambition, but for the community. A poetic manifestation of South African modernist expression, Koloane’s work represents an aesthetic that echoes in the work of several other artists, from the stridently political Black Consciousness Movement (Lefifi Tladi and Thami Mnyele, for example) to the playfully political (like Lionel Davis and Peter Clarke in the Western Cape). 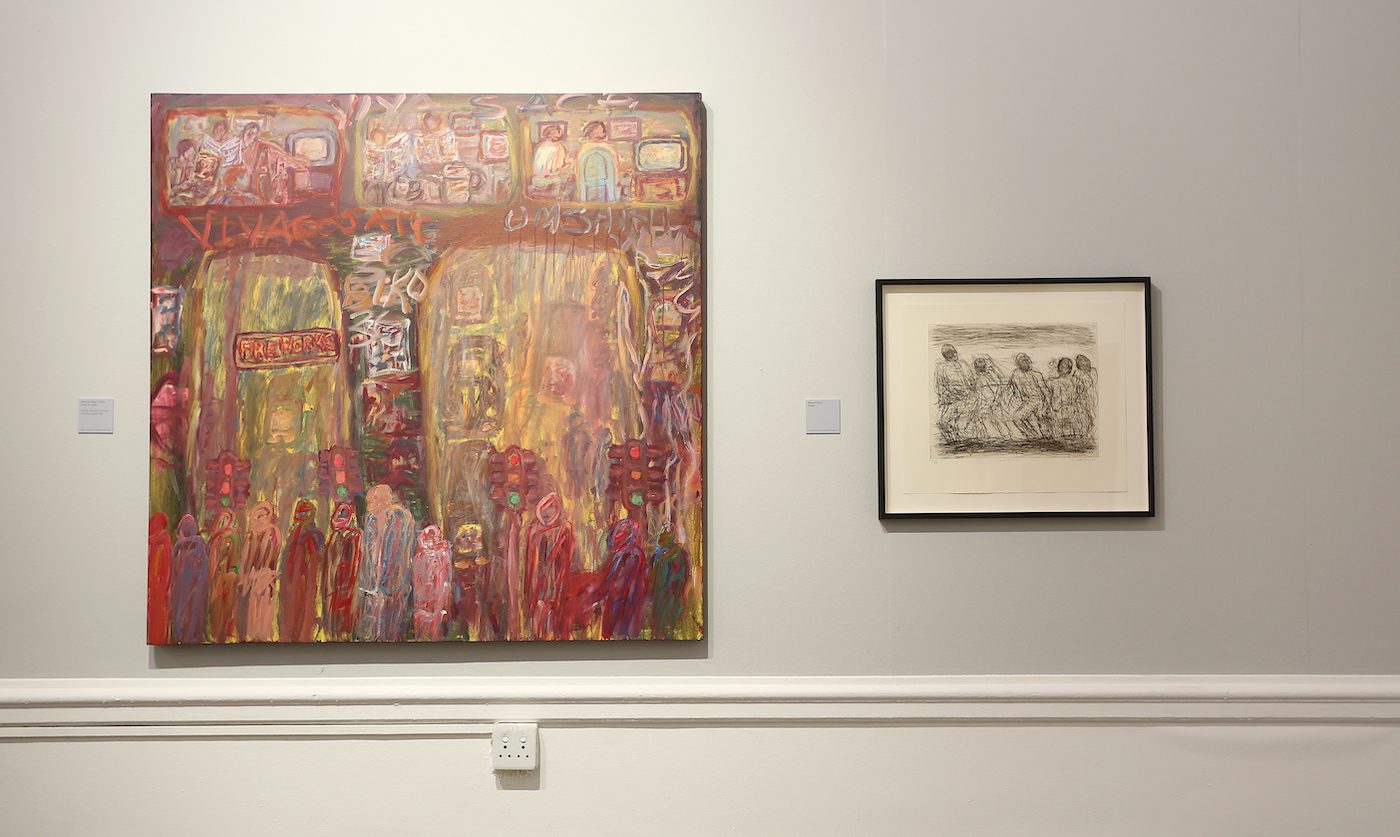 The city became the anchoring motif in Koloane’s work thanks to an expose about David Koloane in the publication Revue Noir (1993–1994) that we are able to see this monumental work.  The Revue Noir was a quarterly visual art periodical, published in France reviewed art from South Africa in this issue, it was also published by Jean Loup Pivin. The Made in South Africa series (Circa 1990-1993 is monumental and visionary. Its volume and subject matter exemplify a type of South African modernist expressionism that blends natural and urban elements to articulate their essence and their essential connection. ‘’Graphite drawings form a narrative frieze which links in a continuous sequence’’. Like much of Koloane’s work, it is dark but humane, experimental but technical, figurative, and realist. The somber and macabre combine through the animal form, through the context of the city, and through human forms. Made in South Africa sees the city as both subject and arena for the artist’s work. 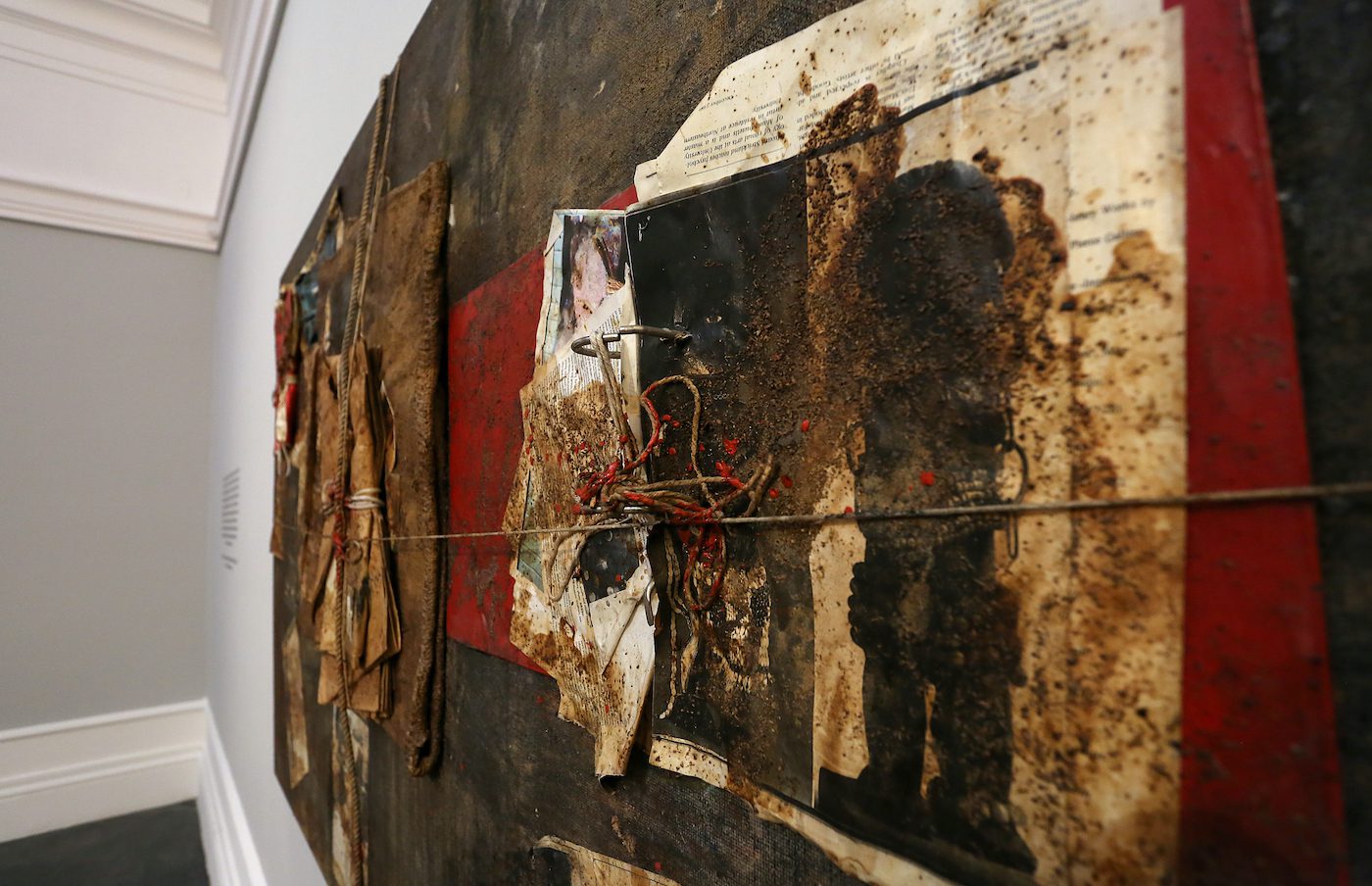 Koloane’s work assumed a measure of the universal by rendering the contexts it depicted as anchored by collective experience. For example, Entry-Exit (2016) expresses the anonymity and tenuousness of the collective body in the city. The signs of the city, traffic lights, buildings, and people, all combine to articulate a compact symbolism. A pedestrian and discernable faces in the buildings comprise the human subjects, giving a sense of transient spaces and the ambivalent effect of movement and statis. Context is the narrative anchor as well as part of the visual vocabulary.

Koloane was not only tempted by the pragmatism of secluding oneself in a studio to create work, and instead of being distracted from one’s purpose. One can discern in his work too a latent willingness to serve, to teach, to express, to be part of a universal conversation. His work resounds with such connotations, it does not take the spaces and places it depicts for granted. From this comes its ability to connect, to express how it is implicated in the narratives of commuters going to home or going to work. Like his place in the art community of South Africa, there is nothing arbitrary about his work. It encourages a consciousness about transitions, an awareness that they might mark the beginning of an accumulation of significant things. In transitional spaces historic and contemporary meaning can manifest – in connections distant and close, in departures with potentially historic implications. 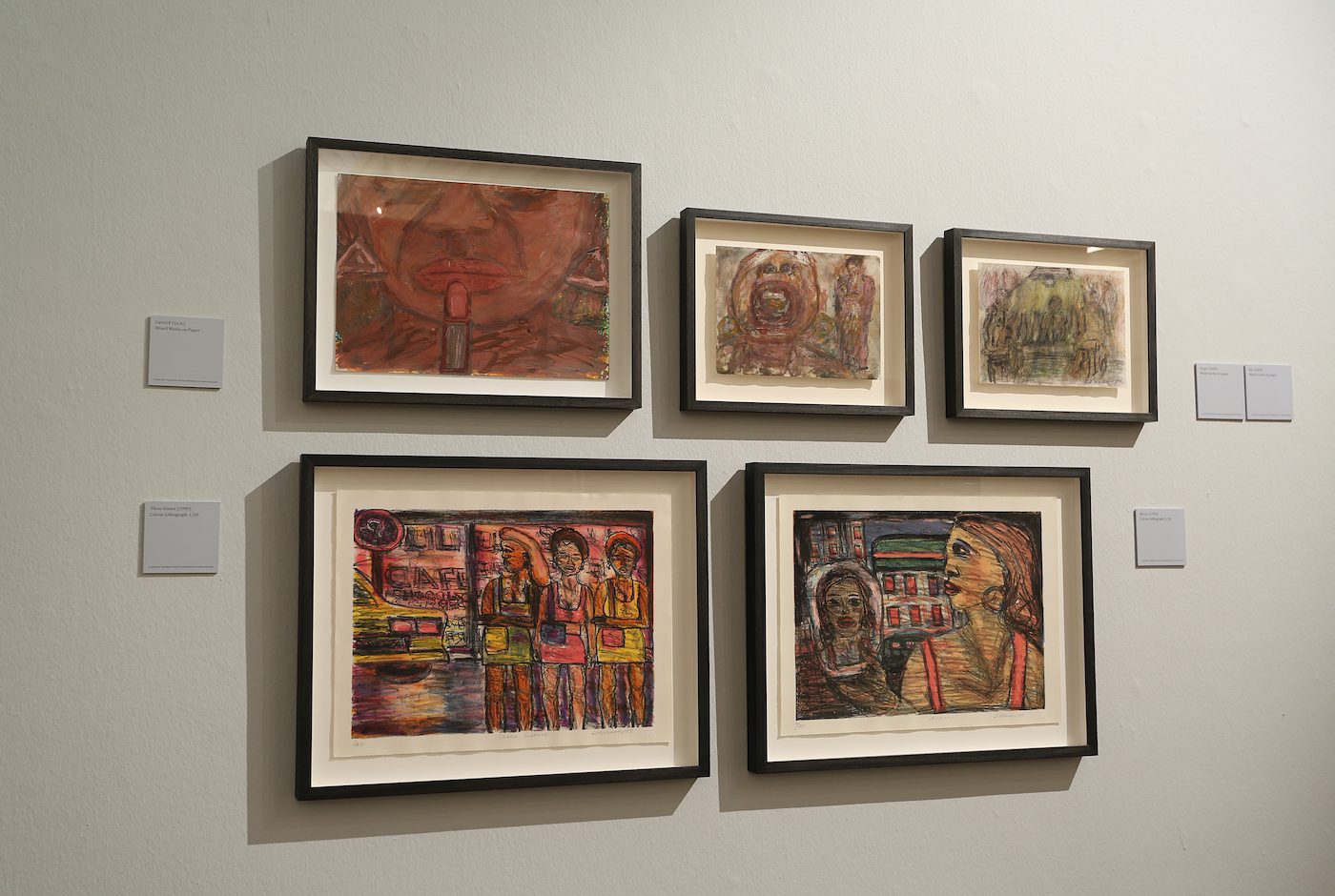 Koloane’s work thus has the facility to teach us about collectivism without the traditional sense of that commuting to the city for labor purposes is an invasive imposition. Koloane could express the personal in the crowd and the immensity of the crowd with a personality. His works act as time capsules that convey the city in motion, its space of oneness and simultaneous isolation. A certain social equilibrium operates in Koloane’s transitional spaces and narratives. This gift of perspective in a time of social discord works in retrospect as you realize what you are seeing, whether you are encountering a signpost or a representation of reality. Space, with its compact symbolism, is able to endure in the face of transience.

Themba Tsotsi is a freelance writer writing mainly about visual art, based in Cape Town.  He graduated from University of the Western Cape B.A Honours in English and Cultural Studies in 2006.  He was founding member of Gugulective and has recently published his first book titled “Art Movements and The Discourse of Acknowledgements and Distinctions” (Vernon Press).