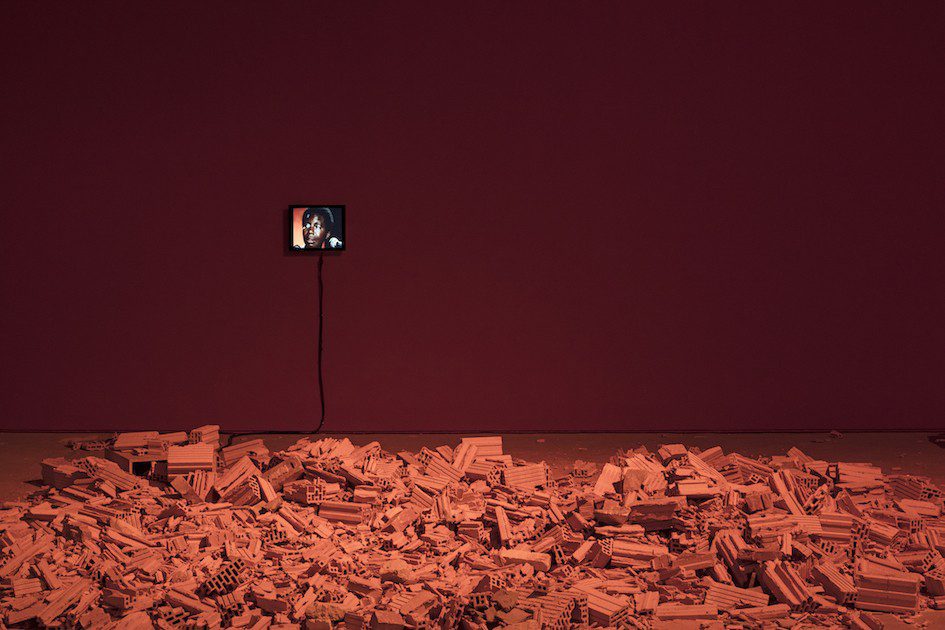 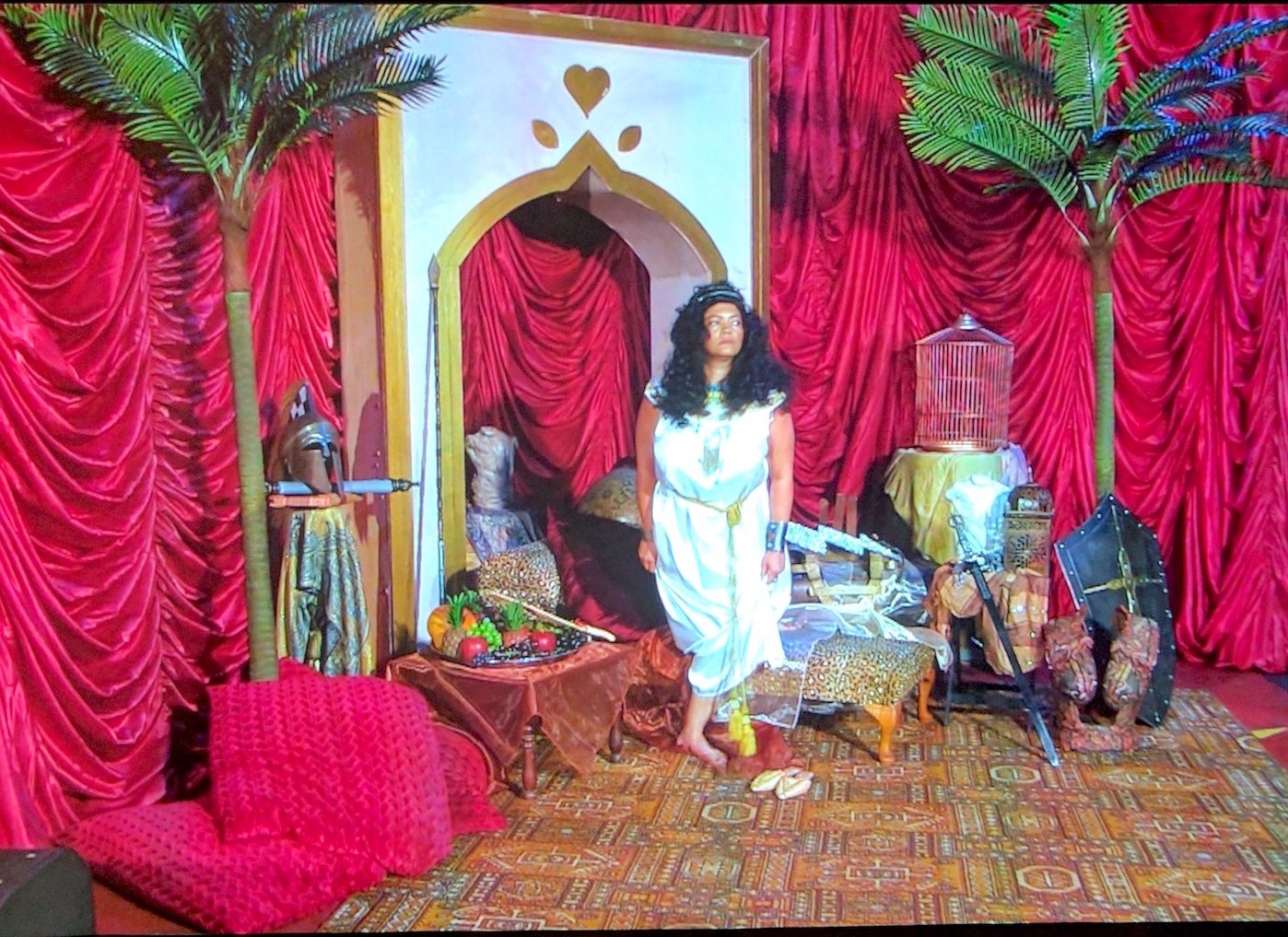 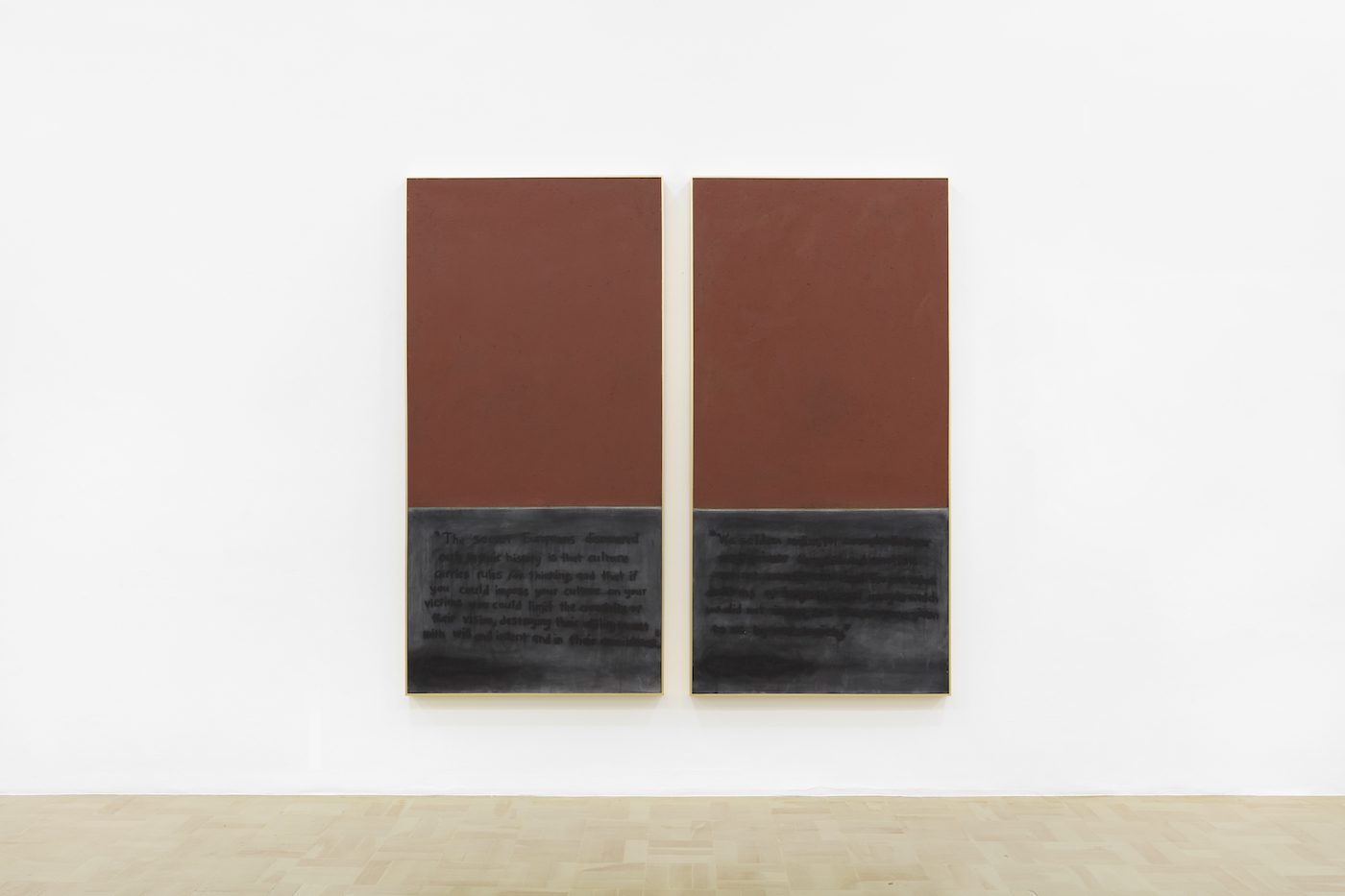 The South African Pavilion Builds a Bridge Between Past and Present

Mawande Ka Zenzile, Tracey Rose, and Dineo Seshee Bopape are the three artists of this year’s South African Pavilion at the Venice Biennale. They each have strikingly different approaches to their work, but they represent the socio-political responsibilities underpinning contemporary art practice in South Africa these days. Our writer Themba Tsotsi takes a closer look at the selected artists and the exhibition “The stronger we become” before the opening.

The artists selected for the South African Pavilion at the Venice Biennale this year represent a generational voice, marking a difference from the previous edition. The exhibition title, The Stronger We Become, as devised by curators Nkule Mabaso and Nomusa Makhubu, expresses the discourse of responsibility and irresponsibility that young people of color are subject to in post-apartheid South Africa.

The selected artists, Mawande Ka Zenzile, Tracey Rose, and Dineo Seshee Bopape, reflect this generation’s discourse through the various cultural and social backgrounds they come from. Ka Zenzile examines the impact of westernization on African philosophy, culture, and psyche; Bopape monumentalizes historic and political disintegration in a country previously subject to oppression; and Rose creates political satire with installation and video. Combined, they embody the legacy of art practice in South Africa, as they continue the work of their predecessors in their own ways. They also demonstrate both generational limbo and visual art discourse as bridges between past and present in post-apartheid South Africa.

Each artist has an experimental approach, and they all deal with issues of land, dispossession, and institutional knowledge in their home country. While their different approaches are quite visible in the exhibition, their works share a certain socio-political discourse.

In Bopape’s work, space is not just an arena for bodies to play in but a territory for the narratives imprinted on those bodies. Lerole: footnotes (The struggle of memory against forgetting) consists of large bricks, charred objects, and small slabs with text on them, on foundations of bricks layered with dry black sand and a small pedestal. Memory, monumentalization, and transience as well as the implications of what is transcendentally inherent in the notion of home can be discerned. Bopape’s work embodies the sentiments of continuity and socio-political responsibility that contemporary art practice is built on in South Africa.

Ka Zenzile’s pieces, infused with the visual impact of dung, are starting to assume iconic status. Not primarily recognized for its economic and transcendental connotations, his work continues its philosophical examination of transitions from the rural to the urban from an African perspective. Iconic images in popular media are transformed into archetypal narratives for a colonized psyche, reflecting a global discourse. By rendering them local, even if their narratives transpired in different contexts, these image resound with the connotations of imposition and psychological usurpation. When you look at me my soul leaves my body is an ambivalent examination of Western discourse and its impact on the psyche of the previously colonized. The philosophical aspect of Ka Zenzile’s work is often downplayed due to the focus on contemporary issues, but the drama of Western knowledge, its appropriation of the colony and its indigenous knowledge is inherent in his works.

Rose’s works are characterized by versatility: She uses multiple mediums to address issues including sexuality, politics, and identity. With a strong penchant for performance, she has exhibited mainly with the Goodman Gallery in South Africa, culminating in the Rose O’Grady exhibition in 2018, an international and intergenerational showcase of two female conceptual artists working with performance. A kaleidoscope of identity politics, Rose’s work makes an examination of gender and identity the basis for self-expression. This is reflected in her multimedia work selected for the Venice Biennale. Art thou not fair: KniggerKhaffirKhoon is a satirical take on the nature of identity politics and appropriating negative stereotypes about diversity. Rose’s work is able to render what is historic contemporaneous, while maintaining a measure of inheritance and continuity.

The three artists represent the multitudinous variety of the cultural and post-apartheid uncertainty besetting the nation. Young and older generations alike are subject to the same identity crises in a diverse community without monuments that are representational across racial and cross cultural lines. Rose, Ka Zenzile and Bopape hold this mantle of uncertainty as a group accustomed to being told they are not responsible, yet always coming out looking responsible. Mabaso and Makhubu, cognizant of the discourse of irresponsibility and responsibility that young South Africans of color are subject to, have placed themselves in a motivational position through their theme, resulting in an exhibition about the legacy of resistance.

The 58th Venice Biennale opens on 11 May and continues through 24 November 2019.

Themba Tsotsi is a freelance writer writing mainly about visual art, based in Cape Town.  He graduated from University of the Western Cape B.A Honours in English and Cultural Studies in 2006.  He was founding member of Gugulective and has recently published his first book titled “Art Movements and The Discourse of Acknowledgements and Distinctions” (Vernon Press).