The Sea of Things

I first saw Moshekwa Langa’s work at Cape Town’s Iziko National Gallery in a show called A Decade of Democracy: South African Art 1994-2004. Among the more attention-grabbing work carrying overtly political messages, Langa’s video work, Home Movies: Where Do I Begin (2001), filmed in his hometown of Bakenberg in the north of South Africa, provided a quiet space for contemplation.

Home Movies shows a long line of male and female figures patiently queuing to board a bus. It is a rural scene—there is no shelter or concrete walkway at the bus stop. Langa’s camera is focused on the lower third of the bodies; we do not see the faces or torsos of those in the queue. We see legs, restless with waiting, and the red earth that dusts everyone’s shoes. As the queue moves along we see a large plastic shopping bag, socks whose elastic have long become loose, shoes cracking with age. A woman carries a walking stick made from a smoothed-out branch to help support her painful joints, heavy with edema. She is wearing a pretty dress made of blue gingham and her age is visible in the swelling of her ankles and her heavier frame, which is accentuated by the volume and folds of her dress. Perhaps the edema conceals an underlying illness—heart failure or kidney disease—left long undiagnosed and untreated. Ahead of her, a slim, tall man steps forward more confidently in meticulously pressed trousers that skirt his ankles, revealing slip-on shoes and no socks. We watch these legs and feet board the bus, with long pauses between each passenger climbing onto the vehicle. 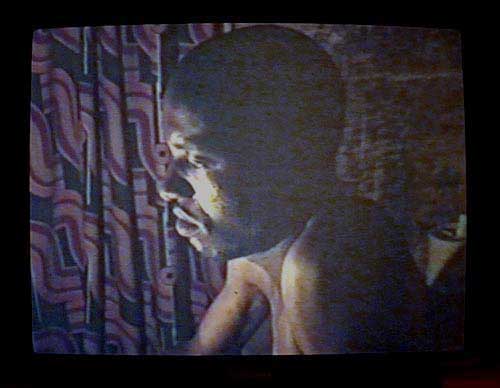 Suggesting iconic imagery of South Africa’s first democratic elections—the winding, mile-long queues of waiting voters hoping that this magical act would transport and transform their lives—Langa’s video is deeply evocative. Despite the promise of mobility that the bus offers, for those relegated to rural areas of South Africa—especially to the former “Bantustans” or “homelands”—the process of escaping this entrapment is painful and slow. How does one escape an administrative setup installed during apartheid and intended to make Black people illegal in their own country by trapping and making them disappear in distant, unviable prison-scapes?

Moshekwa Langa was born in Bakenburg—a semi-independent “homeland” so small that it was not marked on the maps of South Africa used in his school. The place he believed himself to be from did not exist. This experience of not being recognised—of being from a “non-existent” place—impacted Langa so deeply that he began creating his own maps to trace the cartography of his experiences: the Bakenburg of his own memory and dreaming. But it is not solely his experience: it is also a collective chart where people use inter-generational memories of experiences and landmarks (some of which may long since have disappeared) to locate themselves. 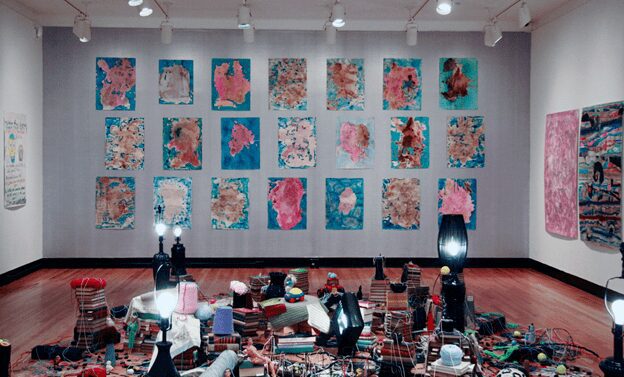 In order to recreate place and to claim his existence, especially in places that attempt to erase his presence, Langa maps out elaborate landscapes filled with objects significant to him. He also uses bric-a-brac from a specific location. For instance, for one installation in Urbana-Champaign, Illinois, he spent almost a week shopping and collecting objects from libraries, schools, shops, flea markets, which he then arranged on the floor of the space where his paintings and collages were exhibited.1 This playful and quirky aspect of his metropolises—piled-up books and old lampshades (as in the show at Urbana-Champaign) or toy cars, small glass bottles, and a mirrored disco ball (as at the 53rd Venice Biennale2)—often downplays the thought-provoking, powerful, and painful elements of his installations. 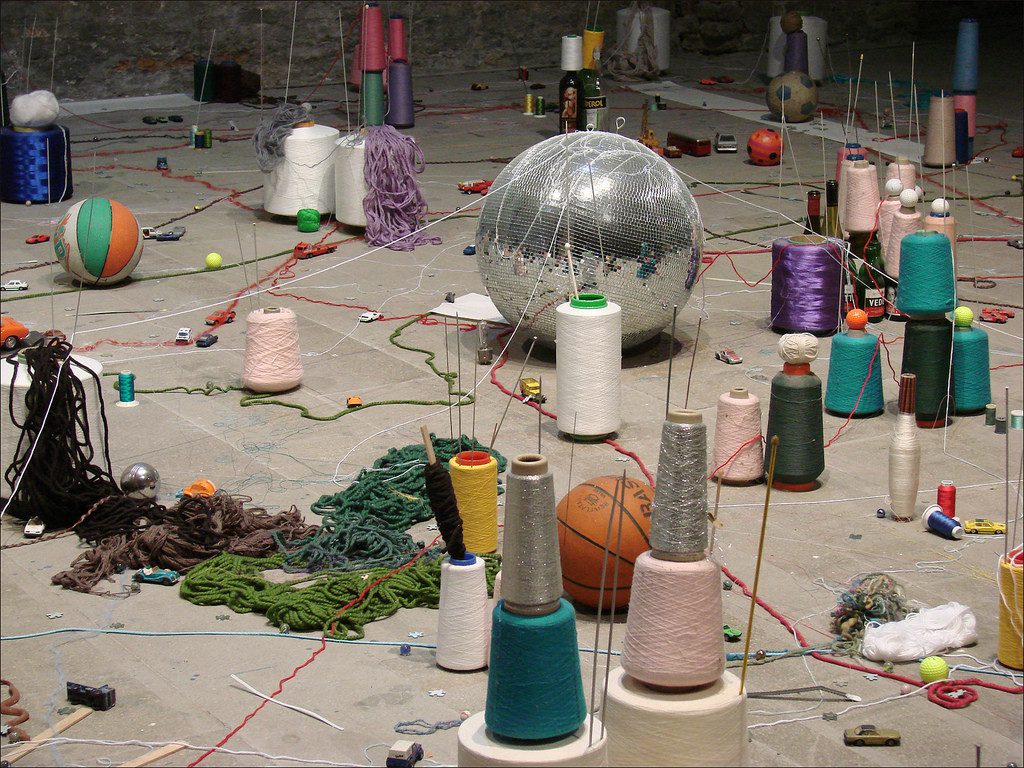 However, by placing his personal index of valuables within the detritus of the location in which he creates his installation, Langa signifies his belonging in this sea of things—locating himself somewhere between the coordinates of insignificance and significance, between invisibility and presence. Langa’s installations are thus liminal spaces “between losing consciousness of the real and falling into a fantastical wakefulness,” where the “real, imagined and wishful” come together.3 The colourful, industrial-sized spools of thread that he winds between these objects signal the ways in which his attempts to situate himself among these unfamiliar objects in unfamiliar surroundings are connected, if only through an ethereal thread.

2 “Temporal Distance (With Criminal Intent). You Will Find Us in the Best Places.” 1997-2009.53rd International Art Exhibition of the Venice Biennale. ;

.M. Neelika Jayawardane is Associate Professor of English at the State University of New York at Oswego, and an Honorary Research Associate at the Centre for Indian Studies in Africa (CISA), University of the Witwatersrand (South Africa). She is Culture and Arts Editor at Africa is a Country.