The Moroccan Sea Town that Turns its Walls into Canvases

Since its rehabilitation in the 1970s, the Moroccan town of Asilah on the Atlantic coast has slowly turned into a magnet for artists and art lovers. The Cultural Moussem of Asilah, a festival established in 1978, has played a major part in this. For last year’s edition, which had a focus on Africa, Senegalese President Macky Sall led the opening of a symposium. Elisa Pierandrei charts the evolution of this Moroccan art treasure.

Extensive beaches and a picturesque harbor in northwest Morocco – 42 km southeast of Tangier, on the Atlantic coast – make the small trading city of Asilah a favorite tourism destination for cultural elites from the local area and North Africa more generally. The town has deep historical roots. Surrounded by Portuguese defensive walls erected in the 15th century, it contains a medina, or old town, in the form of a spotless labyrinth of winding streets lined with white buildings of a Mediterranean style. Yet it has remained a stronghold of Moroccan culture.

Asilah has not always been an elegant or exclusive travel destination, however. In the 1970s the ancient medina was deteriorating behind its old walls, and the town played no significant role in Morocco. Its rehabilitation, which began in 1978, was strongly tied to the establishment of a cultural festival: the Cultural Moussem of Asilah, named for the French form of the Arabic world mawsim, or festive season. That summer, a yeasty combination of art and music made Asilah into a place where artists and intellectuals could meet and exchange ideas.

Some Moroccan artists used the walls of the town as their canvases. Festival co-founder Mohammed Melehi said this was a return “to the ancient practice of linking creativity with applied function, as in the ornamentation of architecture.” So the rehabilitation began by embellishing the walls of a town saved from decay. 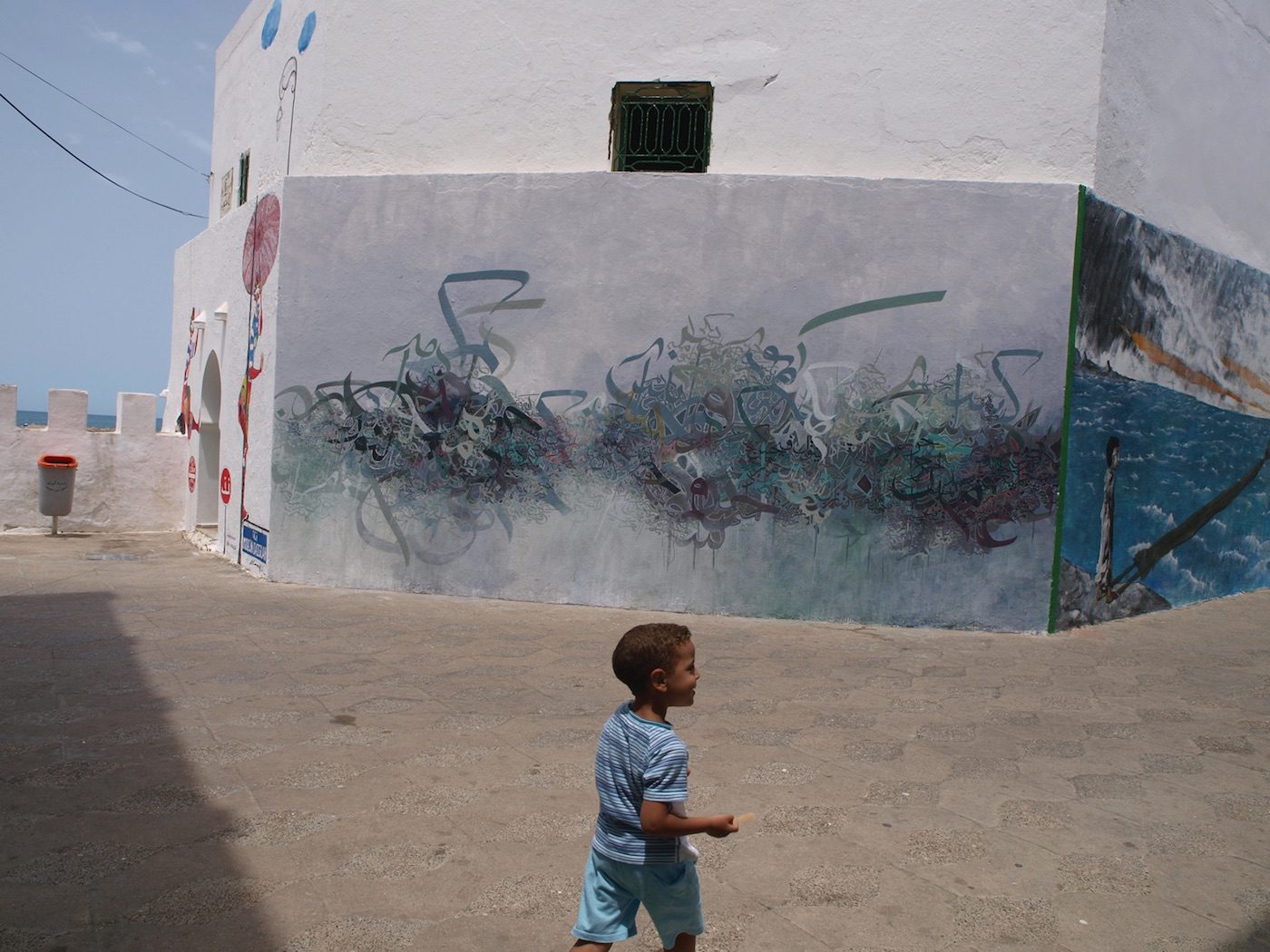 Today Asilah is one of the best-maintained towns in the country. Some architectural jewels have been restored, including a section of the city ramparts, and the Raissouni Palace – built in 1909, and now part of the Hassan II International Center – which was transformed into a “palace of culture” with art studios and a hall for cultural gatherings. Still, when the Aga Khan award for architecture recognized the citizen-generated rehabilitation of the beautiful white medina of Asilah in 1989, it came as a surprise.

Typically quiet during winter, in June of every year the town sees residents including young kids paint the walls white to provide new canvases for upcoming artists-in-residence. Apart from the wall paintings, there are also exhibitions, concerts, and performances in Moroccan style. A yearly symposium is organized by the Assilah Forum Foundation. 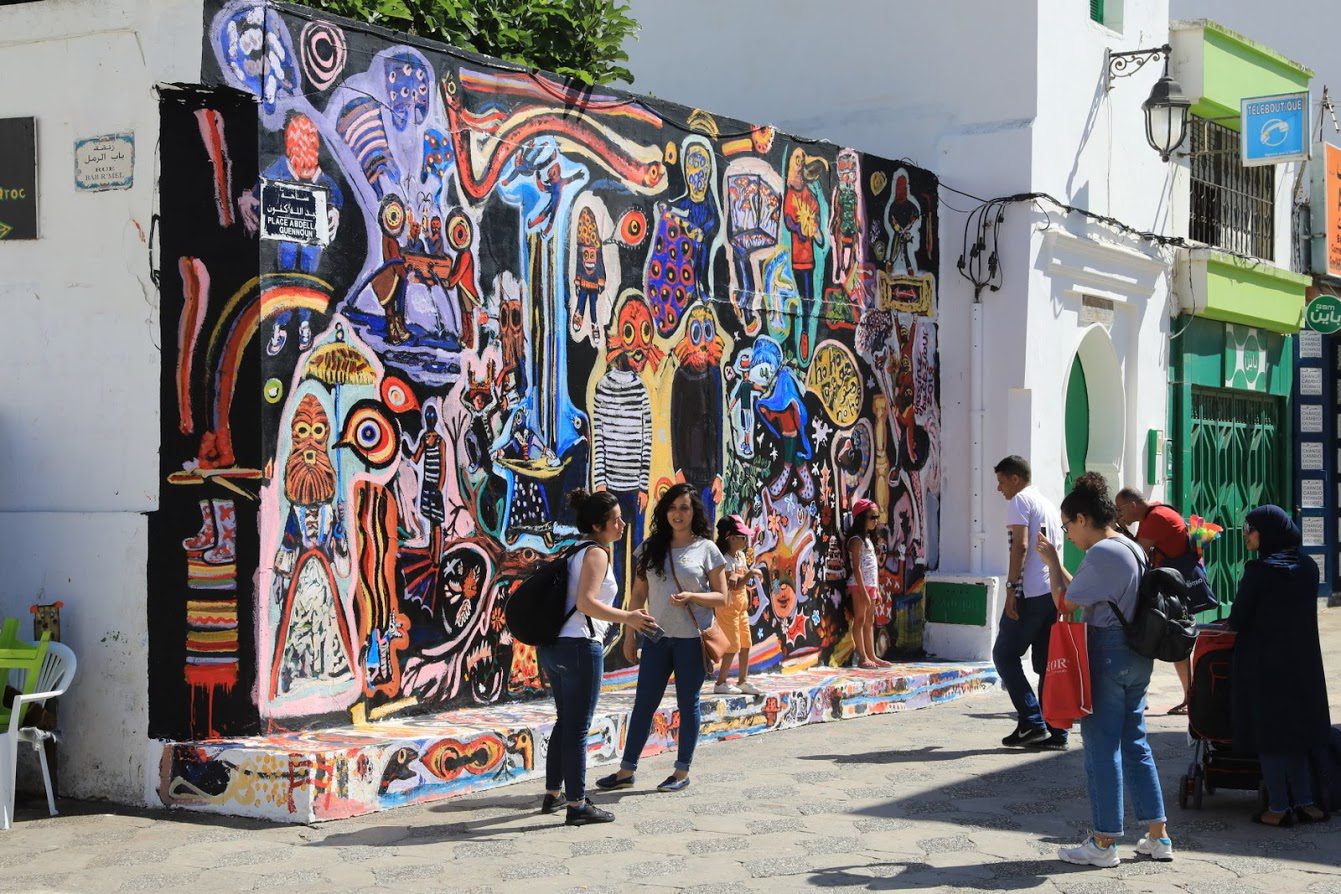 The festival’s strengths emerged from the dream of its two founders, Melehi and Mohammed Benaïssa, namely a commitment to revive the town. A former minister and mayor of Asilah, Benaïssa started his career internationally. After graduating in communications from the University of Minnesota in the US, he worked as information officer at the UN headquarters in New York and Addis Ababa in the mid 1960s. He also held positions in Rome and Ghana as information director for UN’s Food and Agricultural Organizations. Returning to Asilah after a twenty-year absence, he began documenting with black-and-white photographs what he called “the autobiography” of the town in which he was born.

Mohammed Melehi was by this time a prominent artist of the region: along with Farid Belkahia and Mohamed Chebaa, he had formed the so-called Casablanca Group, known for a pedagogy that focused on rooting modernism in local visual culture. 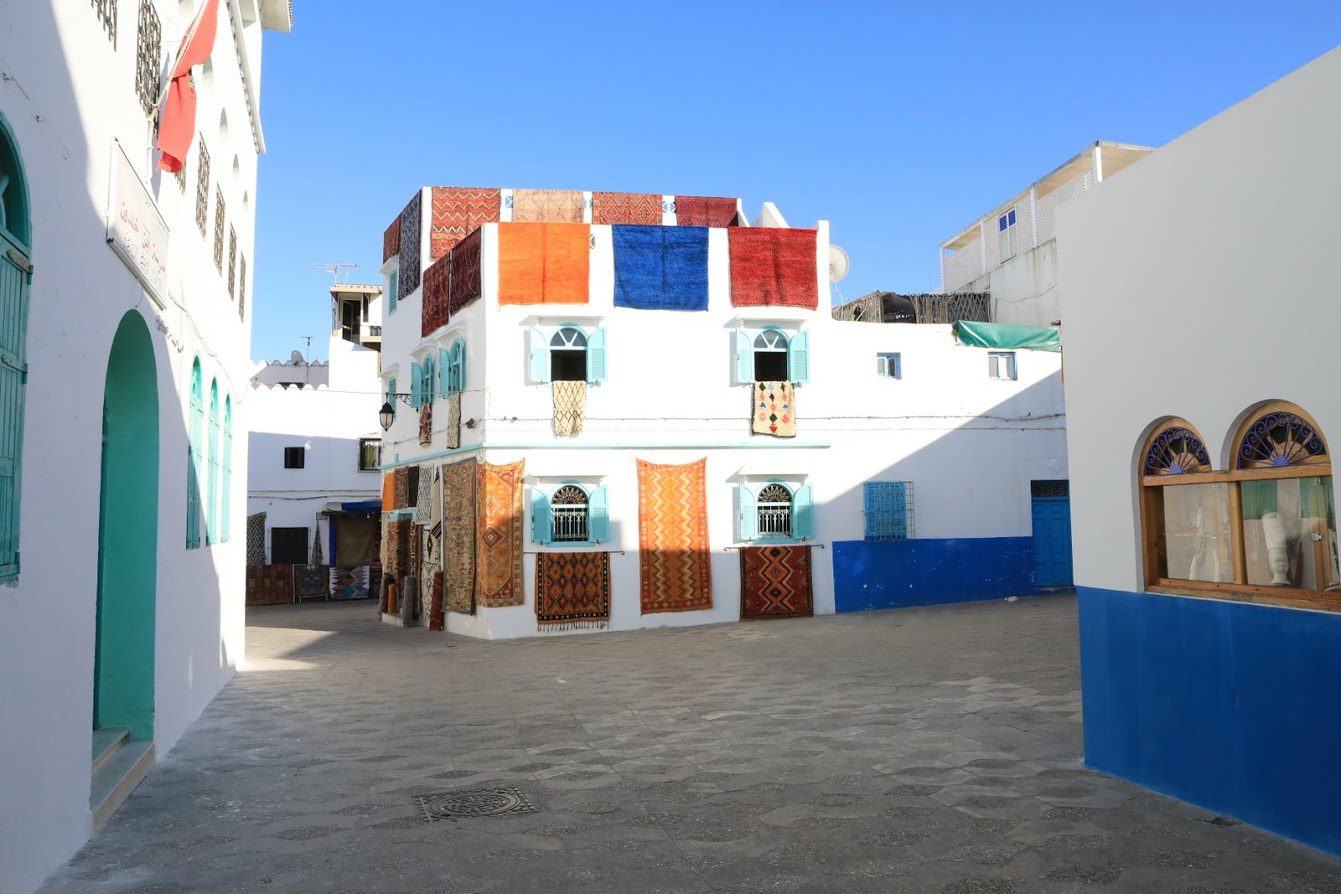 Benaïssa  and Melehi selected Asilah as their common ground, first as citizens, then as members of the local government. In a statement published for the first edition of the event, Benaïssa insisted that the aim was to generate among citizens a sense of the need to improve their quality of life by beautifying the environment. Pressure was put on government agencies to bring water, electricity, and a decent sewerage network to the town.

But the idea of using the streets as an exhibition space had been present for years. In 1969, a group from the Beaux-Arts School of Casablanca, including Melehi, took their paintings to the Jemaa El-Fna in Marrakech – one of the largest open squares in Morocco – to connect to a broader public outside of official exhibition spaces. It was felt that modernity through art could cure Asilah of its insalubrities and reconfigure social relations. 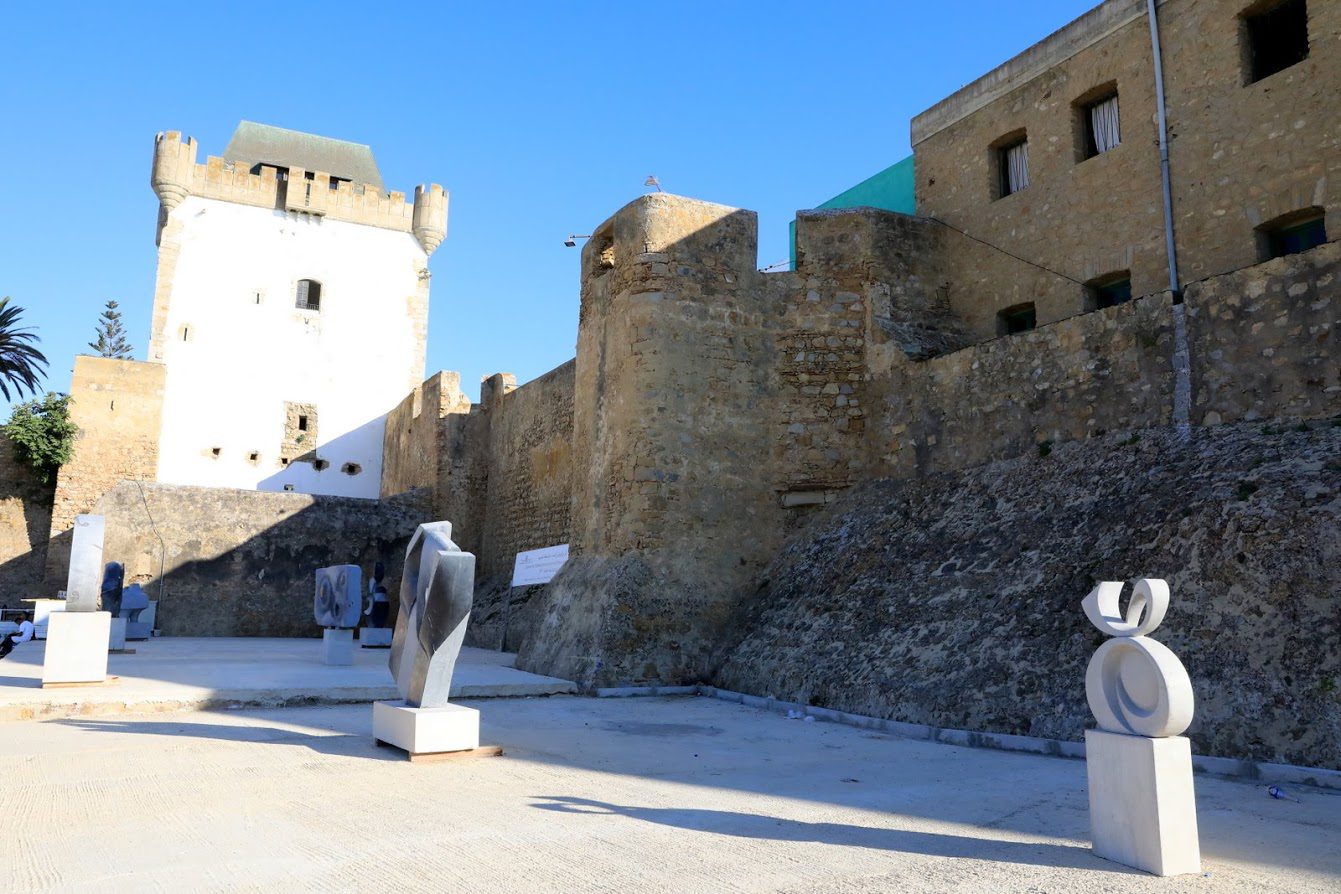 The establishment of the festival had social and economic implications. When the Aga Khan award was given, it was recorded that 150,000 visitors had come to the festival and that it was the primary source of residents’ annual income. However, concerns were raised about how the influx of large numbers of cultural operators for two months every summer would affect the lives of its inhabitants, alienating those who felt they could not engage with the arts activities.

Nonetheless, the Cultural Moussem of Asilah persists with its efforts. Last year Asilah celebrated the fortieth anniversary of the festival’s foundation with a focus on Africa, and Senegalese President Macky Sall opened a symposium themed “African Integration.” In preparation, Asilah turned into the backdrop for an art gallery. While complex studies of Arabic letters embellished the walls, a mix of geometric shapes evoked distant places, with wave shapes linked to the waves of the beaches.

Elisa Pierandrei is a journalist based in Milan.