Tracing the quiet and dramatic moments of the refugees' daily lives

The work of photographer and activist Muhammed Lamin Jadama, published here on C& every day over the next couple of days, is tracing the quiet and dramatic moments of the refugees' daily lives.

Muhammed Lamin Jadama has been following and documenting the refugees in Europe and especially in Berlin and their circumstances since Berlin’s Oranienplatz was first occupied in the fall of 2012. The documentary photographer and activist. has been everywhere, at the political rallies, the announcement, the occupations, and the refugees’ tiny private spaces. As a steady observer, Jadama has always been close to the ground tracing the quiet and dramatic moments of the refugees’ daily lives.

Lead image: This is a political refugee and a father of two children. He fled from his country with the big hope that Europe could make all his dreams come true – his home country had no human rights or democracy – but upon his arrival he became desperate and disappointed. 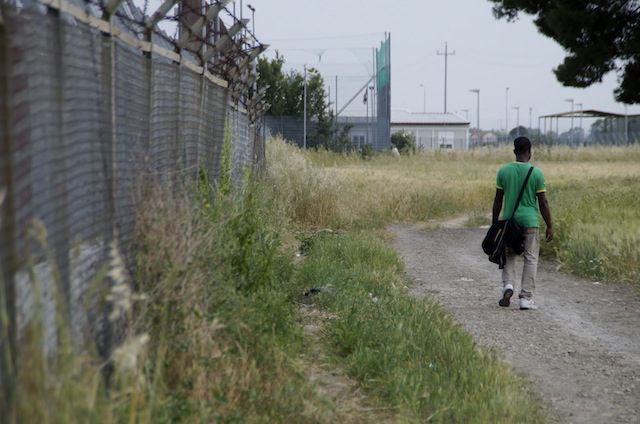