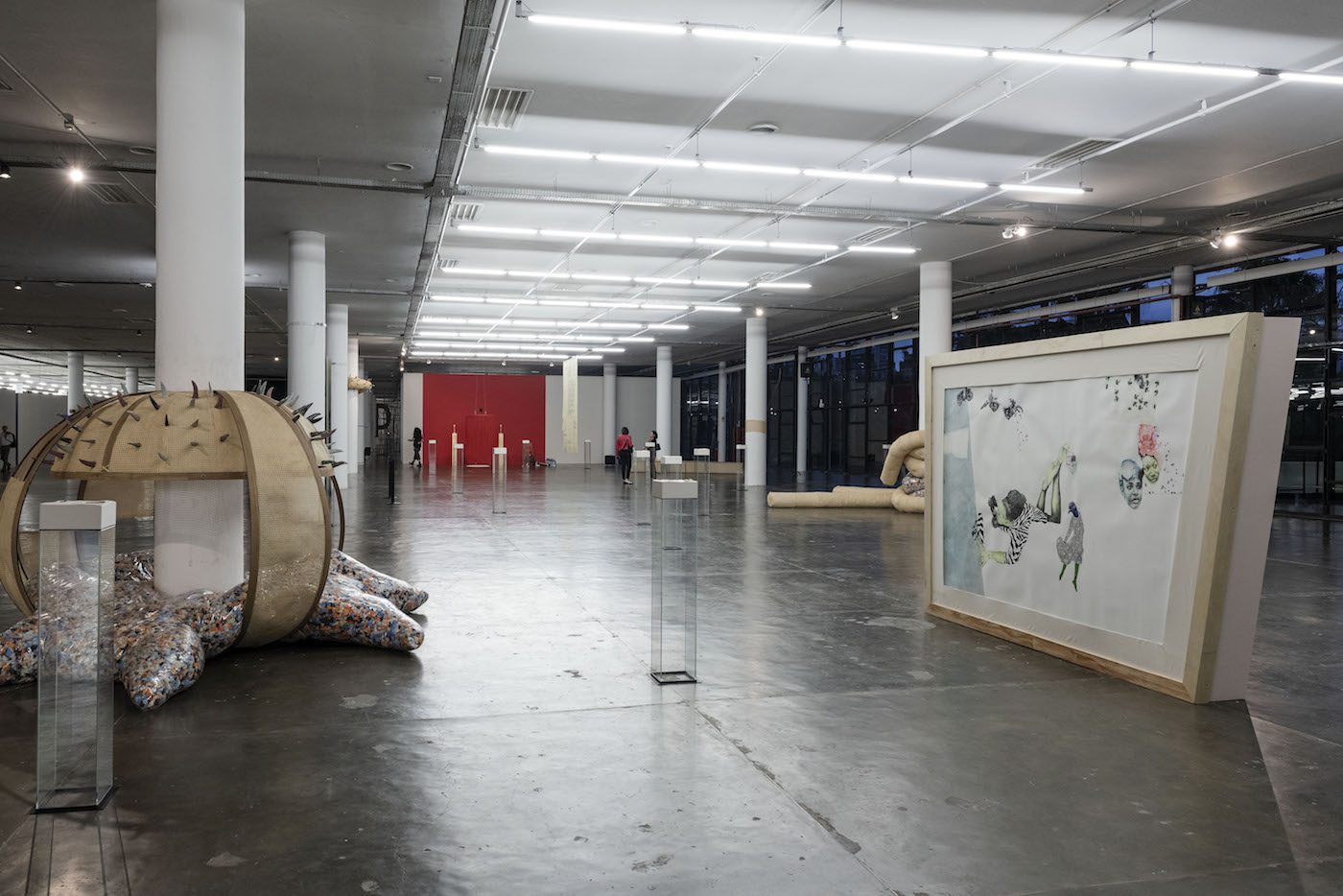 In Conversation with Wura-Natasha Ogunji

The Body as an Audience Member

Wura-Natasha Ogunji spoke for C& América Latina with Will Furtado about her curatorial choices for the 33rd Bienal de São Paulo and explains how she tries to subvert current established ideas in Brazil right now. Read the conversation now also on C&.

Entitled Affective Affinities, the 33rd Bienal de São Paulo aims to focus the artists’ gaze on their own creative contexts as a way to explore an alternative to thematic exhibitions. The Biennial’s curator Gabriel Pérez-Barreiro has invited seven artist-curators one of whom being Wura-Natasha Ogunji. Will Furtado spoke to the artist-curator to discuss her curatorial choices, the South African belief system about two people sharing a body, what it means to really create from their own narrative, and forging a new sensual and visual experience of the body as an audience member.

C&AL: Could you talk me through your selection of artists?

Wura-Natasha Ogunji: The type of artists that I chose are all doing new commissions for this project. So they all have particular relationships to the use of space, and also site specificity, and they’re either experimenting with physical space in their work or historical and psychic space or with the site itself. Nicole Vlado, for instance, who is also an architect, is doing something related to the physical building, one of Oscar Niemeyer’s. Youmna Chlala, is doing a piece related to her Museum of Future Memories. This series hypothesizes what the future looks like and what materials we’ll use in the future and also the way memory will be archived, and for this particular exhibition she is asking questions about intimacy and how we love. She explores the question: if intimacy is one way that we love and proximity is one way that we love, how can we create that space in the museum? And there’s Lhola Amira who is from South Africa and shares a body with a curator – Khanyisile Mbongwa. I was interested in this South African belief system about two people sharing a body and what that meant, and thinking about space in terms of the intimacy of a body. She is looking at Brazil in terms of the history of slavery and what it is like for Black Brazilians right now. Her engagement is site specific but it is more about thinking about the cyclic and spiritual reminiscance of history and how that sits in the body.

C&AL: How will your own work interact with your invited artists?

WNO: I am making a drawing, another piece, and a performance. For the latter I am working with local people. And I am also thinking about freedom and what that looks like in the body. A lot of my work is thinking about labor and its relationship to leisure. But in this piece in Brazil I am solely thinking about leisure and freedom.

C&AL: What sort of narratives are you looking to revise or subvert?

WNO: In the US for example there are a lot of art narratives around “Black art” and then this reference to Africa. They all tend to be very specific and they tend to evolve around certain ways of thinking. And if you come to Nigeria, for example, you have this completely different set of rules that have nothing to do with race. And when you say that to someone outside of Nigeria they are often saying: “but race is universal and Blackness is universal” and it’s not. So for me as an artist being from the US and Nigeria and living in different places and living here now, I am really interested in what it means to someone to really create from their own narrative. So, for example, whenever something happened in the world that year or a couple years ago you gotta have several exhibitions related to that, related to borders, immigration, the #metoo
movement. Those things really happened to the world but there are other ways that people experience those realities that are more intimate with the body on a personal level; and even different kinds of narratives affect the way people move daily through the world. So there is something about this group of artists that for me speaks about a kind of diversity of experience that doesn’t often surface in shared public narratives but I think it is really there. All these artists have lived in two places, their parents are from two places, and that affects the way they see the world and create. So they have this understanding that multiple things can be true and exist and you can create from that and it is not “either or”. There are no solid universals that somehow dictate the validity of what we make.

C&AL: Why did you move to Lagos and how do you think that informs your curatorial decisions?

WNO: I moved here because my father is Nigerian and I grew up in the US. I visited about eight years ago and was invited to do a performance and once I did that I knew I needed to be here for the work. I think there is a disruption that I experienced in a familiarity moving here and being here that has allowed me to really think about the importance of making new languages and then how artists pushed themselves to discover things that they don’t already know. But there is something in those contradictions that are incredibly satisfying and transformative. So, for example, when I was doing my research about Lhola, once I started understanding her I just felt it was amazing to think about decolonization in term of just living with your own traditions and rules that are incomplete.

And also because she is coming from the South African context, which is very race-based and has a very closed history of segregation. I also found her work to be disturbing to me in a sense. Not because she was doing it but because I felt, I am so tired of talking about Blackness. And yet what she does is incredible.

C&AL: How do you hope your exhibition and this Biennial will subvert current established ideas in Brazil right now?

WNO: When the announcement first came out a lot of people asked me why I chose women to be in the exhibition. And I had to explain that I chose these artists because of what they’re doing. I think there is something about the way representations works that is very important and there is something very valuable about talking about what you want to talk about. And in the exhibition I am doing that, which to me is very significant and critical. And this is something artists aren’t often allowed to do because of this pressure to frame things in a particular way. So being able to make these connections that people might not have previously made is really important. I don’t have the language for everything and I think that is important too, because it is not like this is a show about this particular thing that is super clear. The show is called Always Come or Never. Some of the artists in the show created in one way, some created another way. It is in contrast but there are really amazing connections. It is in a way giving a new paradigm, a new sensual and visual experience of the body as an audience member. The narrative is not laid out before you for you to then find. I think I am asking people to listen and to not know things and to trust that there is a value and importance in that uncertainty.

Wura-Natasha Ogunji (St. Louis, USA, 1970. Lives in Lagos, Nigeria) is a visual artist and performer. Her works include drawings, videos and public performances. Her hand-stitched drawings, made on architectural trace paper, are inspired by the daily interactions and frequencies that occur in the city of Lagos, from the epic to the intimate. Ogunji’s performances explore the presence of women in public space; these often include investigations of labor, leisure, freedom and frivolity.