An open dialogue with M. Neelika Jayawardane, a writer and Associate Professor of English at the State University of New York-Oswego, in the US; Sharlene Khan, a visual artist, writer, and Senior Lecturer in Art History and Visual Culture at Rhodes University in Grahamstown, South Africa; and Felwine Sarr, a musician, writer, and Professor of Economics at the Université Gaston Berger in Saint-Louis, Senegal. Speaking from their own specific contexts, they share their views on the links between art, education, and decoloniality.

C&: All of you teach in higher education and are also artists and writers in your own right. How do you combine these worlds? To what extent do they inform one another?

Sharlene Khan: As a visual artist and now teaching art history and visual culture, there is a lot more depth that students respond to. Art historians often tend to teach context and objectivity. When you are an artist sitting in your studio and looking at your work all the time, waiting for it to speak back to you, this is never something an art historian can speak about. They don’t validate this kind of process because they basically don’t have these experiences of making creative work. Discussions about such aspects of creativity don’t happen often, and when they do, they quickly get misinterpreted. So how to balance that theoretically? I have personally grown attached to the idea bell hooks expresses as “critical play and pleasure.” It is hard to find a balance between criticality and playfulness – to experience pleasure and be entertained, but with a level of criticality that challenges us as individuals and as a society. For me, these concepts encompass the idea of “creative theorization”: my artwork informs my theorization, which informs my creative practice. The balance between theory and praxis, self-reflection and criticality, is now coming more through my practice as a teacher, as I attempt to bridge these gaps for my students.

Neelika Jayawardane: I had to learn how to set very clear boundaries in my personal and professional life. First, I had to learn what “boundaries” were. By that, I mean that I had to contemplate carefully and identify what was important to me. What was necessary for me to maintain my dignity, my self-respect? What was the moral universe I wished to construct as my guide for building integrity? Along with that important set of decisions – and the daily work that goes into maintaining the psychic and emotional structures that are essential for upholding one’s integrity – I knew that if I did not maintain a life as a writer, and have communion with art, that I would not have a very rich or fulfilling life.

Felwine Sarr: When I first arrived in France in 1992, I put together a band while I was studying. I was the singer and we did various tours and albums. It seemed natural to me to have an intensive artistic project while I was also writing literature. In fact, I don’t see them as different vehicles. They’re ways of relating to a sensibility, to oneself and to others – of being able to commune with people. In a band, you transmit an idea, an emotion, a sensibility from one heart to another. Musical language touches its recipients directly. And when you write literature, a play or something else, it’s ultimately the same. You are setting out to find others. At the university, we set out to find specific symbols for the mind. As I see it, each of these practices arises from the same desire to transmit and to be relational. 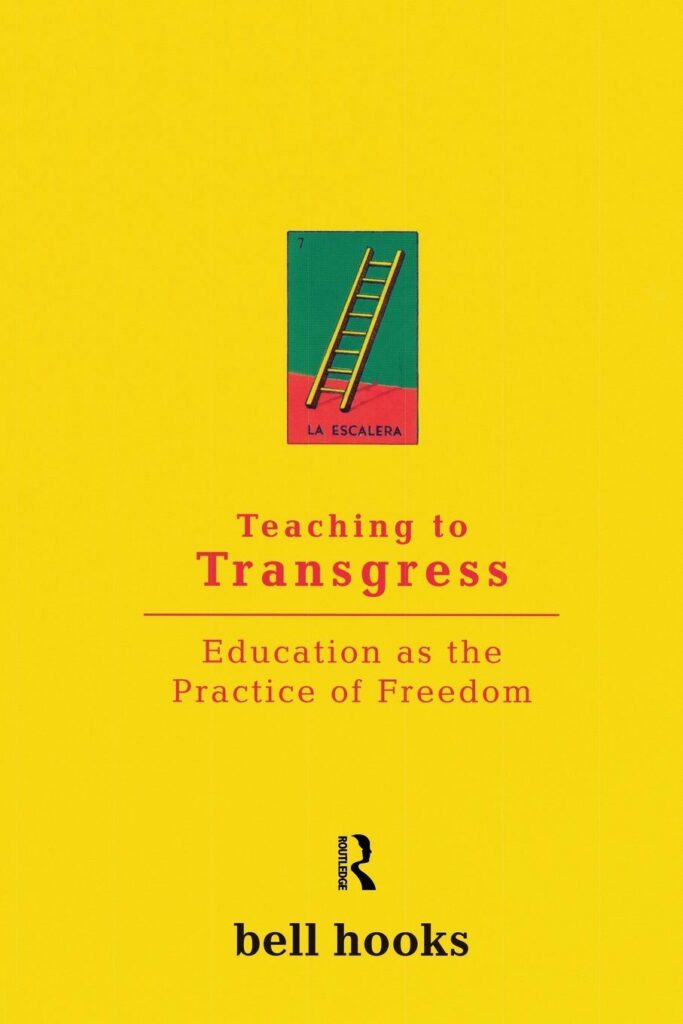 C&: Being relational… That leads me to a quote by cultural theorist bell hooks from her book Teaching to Transgress: To begin, the professor must genuinely value everyone’s presence. There must be an ongoing recognition that everyone influences the classroom dynamic, that everyone contributes. These contributions are resources. In which way does this resonate with your teaching/mentoring work?

FS: I think bell hooks puts her finger on something essential that we in the field of education and communication tend to forget: the idea of accounting for the space that we jointly construct with others.

MNJ: Absolutely. But that egalitarian principle has to be managed with an understanding of the difference between being authoritarian and being an authoritative director of conversation in a classroom, studio, or wherever you are called to be the mentor or guide. As a literature professor teaching narratives that depict immigrant experiences, or what is widely called “post 9/11 literature,” I have to challenge students’ limited worldviews. For example, some have no clue that the US does not just hand out free passes to immigrants or that the US is bombing other countries. So I inform them and challenge this. To do that, I had better be prepared and set expectations for my students to be prepared. To encourage informed discussion, I even post notes and specific questions we will cover in each class period – critical questions involving the text. One cannot underestimate the fierce loyalty with which we sometimes hold on to very limited and limiting views. The only way I can combat some of that is by expanding the scope of what I and my students imagine as “authoritative texts.” Their Yahoo page cannot be the first and only source of information. Or their social media pages. Or even the New York Times. Fiction, visual art, conversation, and journalism from other locations – other voices – help challenge those closed worldviews.

SK: Black feminism has given the idea of “safe spaces.” For me, a very important task is to create such safe spaces. You can say whatever you want as long as it is respectful and accountable to the people around you. The classroom is about getting as much open articulation as possible. What we are teaching students are new vocabularies and perspectives. But primary to all of this is an understanding that race has been imposed upon all of us and that we need to actively divest from white supremacy. Even white kids have to understand they have been colonized as well. For them, it means learning the language of how to engage with people of color and their extensive histories. At the same time, students of color have spaces to be articulate about their own lives and their engagement with whiteness in ways where they know that the teacher “has their back.” I believe they understand that we use the classroom as our laboratory. In addition, visual arts are always an excuse to speak about a range of other subjects. In other words, I teach them tools for life and not necessarily about how to get into the art world.

FS: In 2011, we established a Faculty of Civilizations and Religions at Gaston Berger University in Saint-Louis. Besides that, we have a department of African languages where we teach Wolof and Fula along with the literature and the civilizations of those languages and their inherent worlds, including mythologies, philosophies, wisdoms, etc. And it is going very well. There is huge demand: more than a thousand students at six departments with twenty-five professors. There is a great ambition to integrate endogenous cultural resources into the curriculum.

MNJ: I have doubts, at this point, about institutions, curricula, and other institutional products. One of my closest friends in the US, Philip White, who helped me understand how to “immigrate” into academia, once told me that institutions, by nature, are “conservative” – that is, they are built to maintain, remain, stabilize. They resist change. They look at the radical with suspicion. They will smooth over like an auntie who soothes you even as she sees a glaring injustice; and will ruthlessly eject anyone who would threaten her household and her ascendancy within the world she knows. The only time that one can expect an institution – and curricula – to reflect anything transformative and radical is if an institution has been recently and publicly shamed. That means the greater public also has to come to an agreement that a set of ideas is harmful and cannot support them any longer. Only then will powerful people who help buttress these institutions be forced to agree to change something – at least nominally and cosmetically.

C&: How would you define decolonial methodologies and practices in education?

SK: For me, due to the particularities of my own education and personal history, it has always been about an appreciation of multiple cultures from Africa, Asia, and Latin America and not have one dominant over the other. When you grow up like this, I don’t think you ever want to stop learning about a variety of forms of knowledge, as opposed to essentializing knowledge production. That is inherent to decolonial methodologies. I also think that what Black feminist perspective and race and decolonial aestheSis perspectives have been doing for a couple decades now is making us aware of the sheer plurality of creative practices across the world – many of which do not enter academia because they are not “fine art” or “art-historical” productions. So the creative productions of “Others” (people of color, women) remain outside official, canonized knowledge, as does visual culture that does not fit into “fine or high art” criteria (aka “popular culture”). Part of decolonizing arts and art history curricula is to extend (or preferably) eradicate the boundaries of the elitist, exclusive fine art and art history fields and to fundamentally include the creative practices of people from across the world. Contemporary visual culture classes must deal with the popular – not as a phenomenon of the masses, but as the arts of today. That is because, fundamentally, these media reflect the aspirations, desires and prejudices of people, which need to be tackled and decolonized as well, even as we examine and celebrate new forms of creative engagement. Visual culture is the battleground for the hearts and minds of people today, so it’s a damn shame academics don’t take this any more seriously.

FS: First, let’s remember that most African states gained independence in the 1960s. But independence is different from decoloniality. Decolonization means realizing that the processes of domination and asymmetry have not changed so much and that they are now organized through economic and political relationships. One of the challenges is to deconstruct all the implicit or explicit tactics of domination that exist even in forms of knowledge and speech and in languages. At the same time, we forget that all societies persist over time by transmitting their intellectual and cultural capital, or else, logically, they would not survive. In other words, societies possess endogenous knowledge that they have transmitted to succeeding generations. We cannot neglect these forms of knowledge under the simple pretext that the academy fails to acknowledge them. We are missing something fundamental in our theory of global knowledge, which is too strongly shaped by Northern and Westernized epistemologies and therefore accords much too little space to epistemologies of the South, of Africa, Asia, and Latin America. In our epistemology of today, we must come to see these forms of knowledge as resources.

This Interview was first published in the latest C& Print Issue #7. Read the full magazine here.