C& talks to Berlin-based artist Satch Hoyt about the force of sound, the interconnections of the African Diaspora, and being Jamaican in the US. His work Say it Loud will be part of the group show Listeners Digest at RAW during this year's Dak'Art Biennale.

C&: In many ways, the way you use music and sound in your body of work is similar to Senga Nengudi’s, who said that she always needs that element of sound/music in her exhibitions. I am  interested to know what role sound plays for you personally, in your art and in a collective sense.

Satch Hoyt: Music or sound has always played an important role in my life. From the womb to the church, the sonic rituals, the liberation anthems, have nurtured and comforted me, given me strength. As you know, I was a musician and singer before making the transition in 1999 to the visual arts. Most of my sculptural objects and installations are accompanied by a sonic text (soundscape). The audio element is always created on completion of the object, the sonic texts are in fact sonic codified narratives, spatial timelines, and are usually real time compositions that I create in the recording studio.

Music is totally entwined in my visual arts practice. My work currently investigates what I term the migration of the Eternal Afro Sonic Signifier, which was the sole companion during the forced migration of the Middle Passage. Furthermore, this signifier is what continues to bond people of the Diaspora today. I argue that this mnemonic network of sound, which was carried across the Atlantic during slavery, is what created jazz in Congo Square, New Orleans and all the other genres of music in the Caribbean Basin and the Americas, plus Drum and Bass in London and Hip Hop in New York. What is absolutely fascinating is the reimportation of those earlier genres back to the continent of Africa. It’s somehow a looping of cultures which is conveniently facilitated through the advance of technology.

C&: Tell us a bit more about the interactive sound work you created for Leipzig.

SH: I was invited to participate in the exhibition “Kontrollmodus Feedback” at Halle 14, one of the galleries and exhibition spaces in the Leipziger Baumwollspinnerei. The idea of feedback physically and conceptually corresponds to what I am investigating in that work, and at that time last year, the brutal slayings of Michael Brown and Eric Garner by the US police were extremely topical and I very much wanted to take advantage of the moment to inject that into the art arena.

C&: You are of Jamaican heritage and, interestingly, especially the US art world loves you as an American artist, right?  Why do you think  this sort of “cultural shift” happened?

SH: There is a very large community of Jamaicans in the USA. And my experience in NYC regarding the African-American community was a very welcoming one. Don’t forget, the celebrated Claude McKay was one of many Jamaicans who were very instrumental in the formation of the Harlem Renaissance. On many occasions I have been considered an African-American artist since I have created a lot of work that is directly related to that culture. As a youth growing up in London, I experienced the Caribbean community as indeed very much influenced by US music and politics. 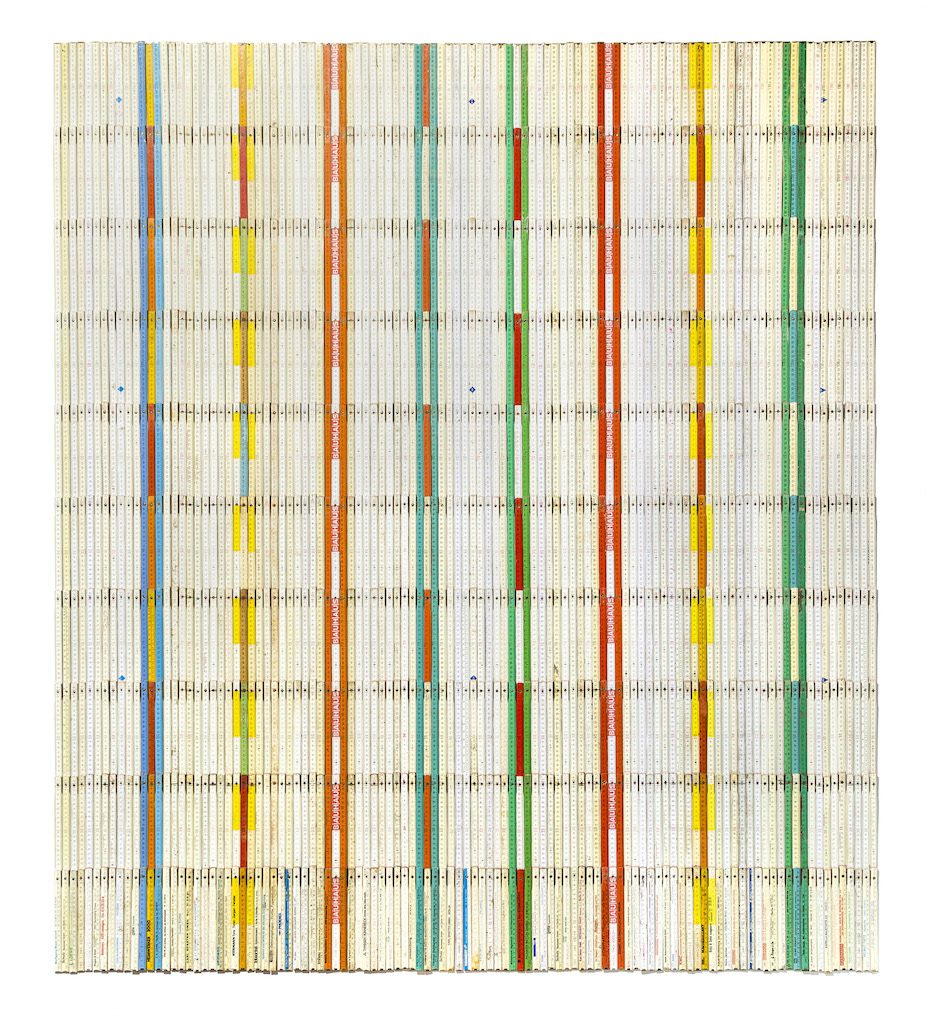 C&: As you are based in Berlin, how do you perceive the presence of the Afro-German Diaspora?

SH: Shortly after I arrived in Berlin in 2008 I had the privilege of meeting and working with Katharina Oguntoye, founder and director of Joliba, a grassroots organization with a particular focus on teaching Afro-German children about their African heritage – something that I can totally relate to as a mixed-race person who was brought up in London. I have conducted workshops on quite a regular basis at Joliba, so I have had the privilege to gain historical and current experience on issues pertaining to the community. This coupled with my friendship with Katharina, who may I add, along with May Ayim and Dagmar Schultz edited Farbe Bekennen. Afro-Deutsche Frauen auf den Spuren ihrer Geschichte (Showing Our Colors: Afro German Women Speak Out), a seminal 1986 publication chronicling the effects of racism in German society on the lives of thirteen Black German women. I perceive the presence of the Afro-German Diaspora as quiet and secluded, the facts on the ground being that its voice has been muffled – for many complicated reasons. One in particular is that it exists within a society that has a dire case of amnesia, a society that is in denial of its colonial past. Another reason is that said society is still trying to convince itself that it is a model of racelessness which we all know is a total fallacy. In the face of these two hurdles, the preservation and evolution of cultural codes is of the utmost importance for the Diaspora’s expansion. These codes are imbibed in everything from food to style to art, music, and literature. The good news here in Berlin is that we have the cultural space SAVVY Contemporary with Bonaventure Ndikung at the helm trailblazing a path of inclusiveness with a focus on post-otherness.

C&: Tell us about your involvement in the RAW show during Dak’Art 2016.

SH: I will be installing Say It Loud for the exhibition Listeners Digest. Say It Loud is an interactive installation and literal platform for uncensored expression that investigates the concept of freedom of speech. The work is formally inspired by my Sunday excursions as a youth to Speakers’ Corner in Hyde Park, London, but the concept and initial execution occurred shortly after the 9/11 tragedy. At that time I was living in New York and witnessed the implosion of the second tower from the rooftop of my Lower East Side apartment building. The subsequent crackdown on ideas, expression, multi-cultural liberalism etc., was palpable and oppressive. This experience resonates with the general lack of transparency in imperial governments, and their continued amnesia about colonial chapters in history inspired me to create this work. The selection of books in each installation reflects these topics by enshrining a stepladder in a mountain of books on these subjects. They include publications from pioneering thinkers of freedom and determinism who hail from Africa, the African Diaspora, and the global South at large.

C&: Finally, tell us about your most recent work with rulers.

SH: “Rulers” is the name of my new series. The work initially investigates music in regards to measures or musical bars. There are eight vivid lines in each panel, depicting an octave, and each panel is an abstract score that can be played in a improvisational manner. When the series is complete I will assemble an octet (eight musicians) to perform a live improv conduction. These works are made from used extendable rulers which I purchase at various flea markets in Berlin. “Rulers” also investigates the notion of measurement. In 1884, at the request of Kaiser Otto von Bismarck, 14 European leaders were invited to attend a conference here in Berlin, which in Germany is known as the Congo Conference, elsewhere it is termed as the Scramble for Africa. After cutting up the continent like a cake, they employed the metric system to create the borders that divided their stolen colonial territories. Not one African ruler was invited and many of these invented borders are still in place today. The series also alludes to African fabric designs, more specifically Ewe and Kente woven fabrics from Ghana. Everyone has a relationship to these quotidian epistemic objects.

Satch Hoyt is participating in the show Listener’s Digest – Razor (creolization) Mix at RAW, Dak’Art OFF: May 5 – June 5, 2016