The New York based artist Sondra Perry wins the 9th Nam June Paik Award, the Kunststiftung NRW’s international media art prize. The jury honoured her videos and video sculptures that connect new technology and the representation and concomitant (self-)assurance of identities. Often based on her own experience, Perry engages critically with representation, narratives and ideas of and about black American identities and their life worlds.

The Nam June Paik Award was inaugurated in 2002 by the Kunststiftung NRW and since then has been awarded to outstanding artists from all over the world, who – very much in the spirit of the pioneer and true avant- gardist, Nam June Paik – take risks, bridge cultural boundaries and whose work is transdisciplinary. The foundations’ award includes prize money of € 25,000 and is geared towards the time-based contextualisation of media art.

An international panel of experts comprising Karen Archey, curator for contemporary art and time-based media at the Stedelijk Museum, Amsterdam, Mark Beasley, curator for media art and performance at the Hirshhorn Museum, Washington, Mélanie Bouteloup, director of the Bétonsalon – Center for Art and Research, Paris, Katerina Gregos, freelance curator and author, Brussels and Krist Gruijthuijsen, director of the KW Institute for Contemporary Art, Berlin decided upon the winner at the Westfälischer Kunstverein in Münster, where the 2018 Nam June Paik Award Show is being held. 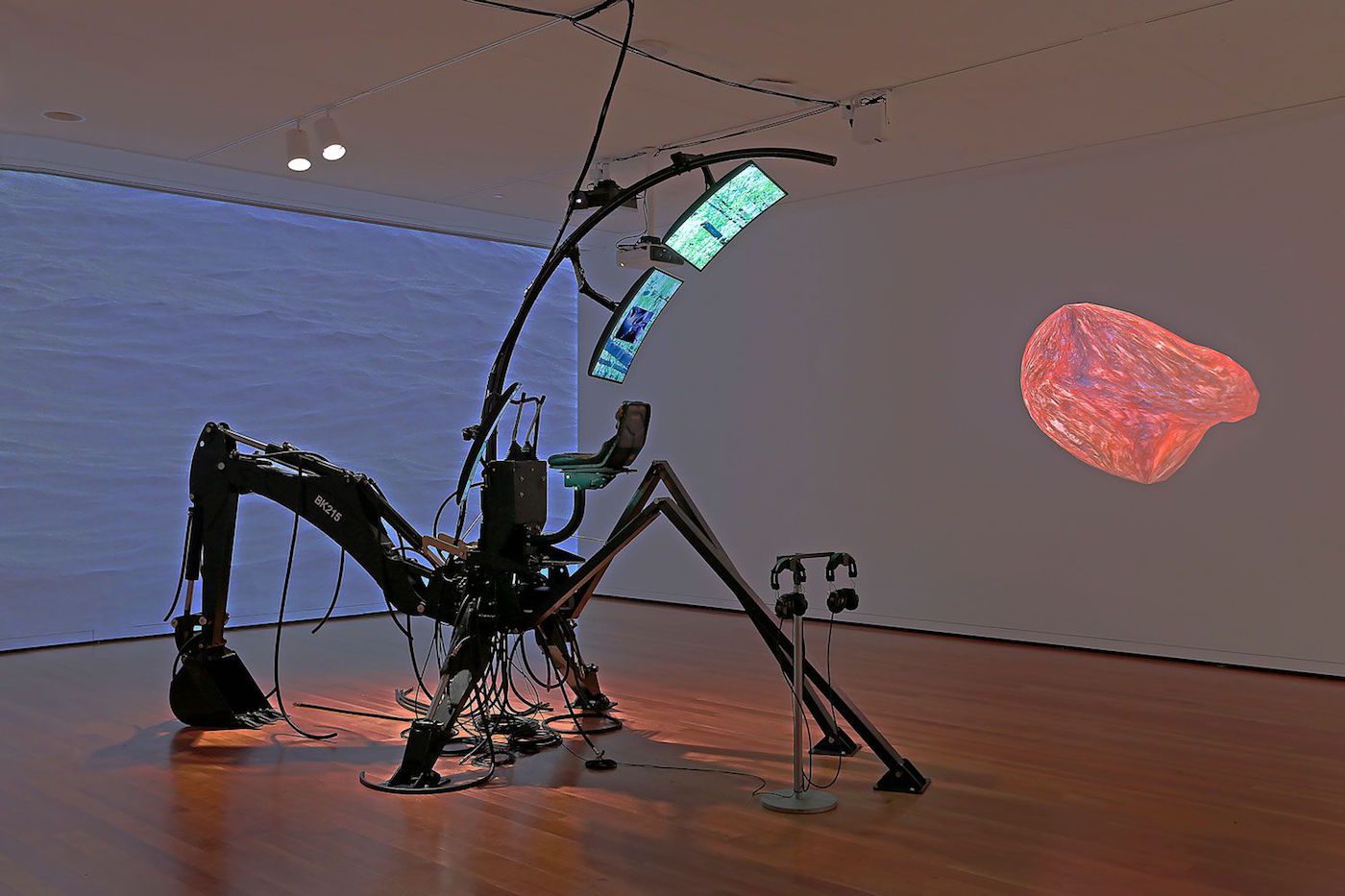 The jury is pleased to announce the selection of Sondra Perry as the winner of the 2018 Nam June Paik Award. Perry distinguished herself with her complex investigation into subjectivity and technological representation through 3D animation. Perry’s video installation “IT’S IN THE GAME ’17” (2017) weaves a narrative originating with the relationship between her and her twin brother, whose likeness was unjustly appropriated by Electronic Arts, a video game company, as a part of an animated basketball game. A former uncompensated college basketball player for Georgia Southern University, Perry’s brother accompanies her on a trip to the Metropolitan Museum, where they inspect its ethnographic collection plucked from African, Middle Eastern and Southern American nations.Perry’s work highlights the enduring issue of the exploitation of the black diaspora as public material without due compensation. By inverting her brother’s avatar and showing an “inside-out” view of his hip joint, the work further raises questions surrounding the representation of the body within digital technologies, its simultaneous likeness and uncanny abjection. She further considers the discrepancy between the physical experience and understanding of cultural artifacts and their digital representation. In addition, by referencing the ethnographic museum and the appropriation of her brother’s image by a corporation, Perry bridges the colonial and imperial roots of this history with its enduring contemporary manifestation.

Perry graduated from Columbia University, New York and studied at the Skowhegan School of Painting and Sculpture in Madison, Maine. Her solo shows include »Typhoon coming on«, Serpentine Sackler Gallery, London, 2018, »Eclogue for [in]HABITABILITY«, Seattle Art Museum, 2017 and »Resident Evil«, The Kitchen, New York, 2016. She engages critically with the construct of Blackness in her videos, sculptures and installations. Often based on her own experience, she investigates the representation, narratives and ideas of and about black American identities and their life worlds. Her particular focus is upon the connection between new technology and the representation and concomitant (self-)assurance of identities through them.