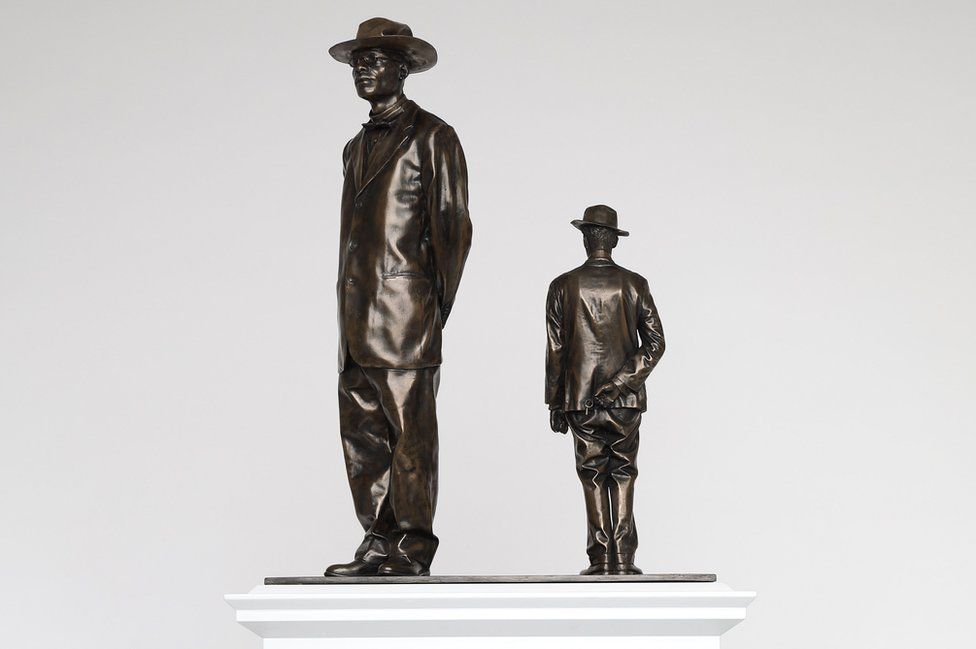 Artist and writer Samson Kambalu will install his work "Antelope", a tribute to Pan-Africanist and anticolonial rebel John Chilembwe, in late 2022 at Trafalgar Square in London.

Oxford-based artist and writer Samson Kambalu was chosen from a shortlist of six artists and with almost 17,500 votes from the public, that was also invited to make a choice. Titled “Antelope,” his proposal re-stages a photograph of John Chilembwe (1871-1915), a pan-Africanist and Baptist preacher, and John Chorley, a white European missionary.

When he was invited to pitch, Kambalu knew immediately that Chilembwe would be his subject. He is not that well known but was a hugely important figure, said Kambalu. “He was the first African to step up as a modern African, beyond tribal divisions … he is a figure of Malawian modernity and he has always inspired me as an artist.”

The photograph was taken in 1914 at the opening of Chilembwe’s new church in Nyasaland, now Malawi. Chilembwe has a hat on, in defiance of the colonial rule that forbade Africans from wearing hats in front of white people. Chilembwe distributed the photograph as propaganda before leading an uprising against colonial rule. He was killed and his church, which had taken years to build, was destroyed by military police. Kambalu plans to show Chilembwe as larger than life, while Chorley will be the size of other statues in the square.

The artist is said he felt really excited and joyful: “For me this is like a litmus test for how much I belong in British society as an African, a cosmopolitan.”

Ekow Eshun, the chair of the fourth plinth commissioning group, said they received more public votes than ever. “This year was an incredibly strong shortlist from six incredibly exciting contemporary artists,” he said. “I am thrilled at the outcome and very much looking forward to seeing the new works on the plinth.”

Malawi-born Kambalu lives and works in Oxford where he is an associate professor at the Ruskin School of Art and a fellow of Magdalen College. His work will appear in 2022.

Mexican artist Teresa Margolles is another choice of the commission and will appear in 2024. The two artists were chosen from a shortlist that also included proposals by Nicole Eisenman, Goshka Macuga, Ibrahim Mahama and Paloma Varga Weisz.