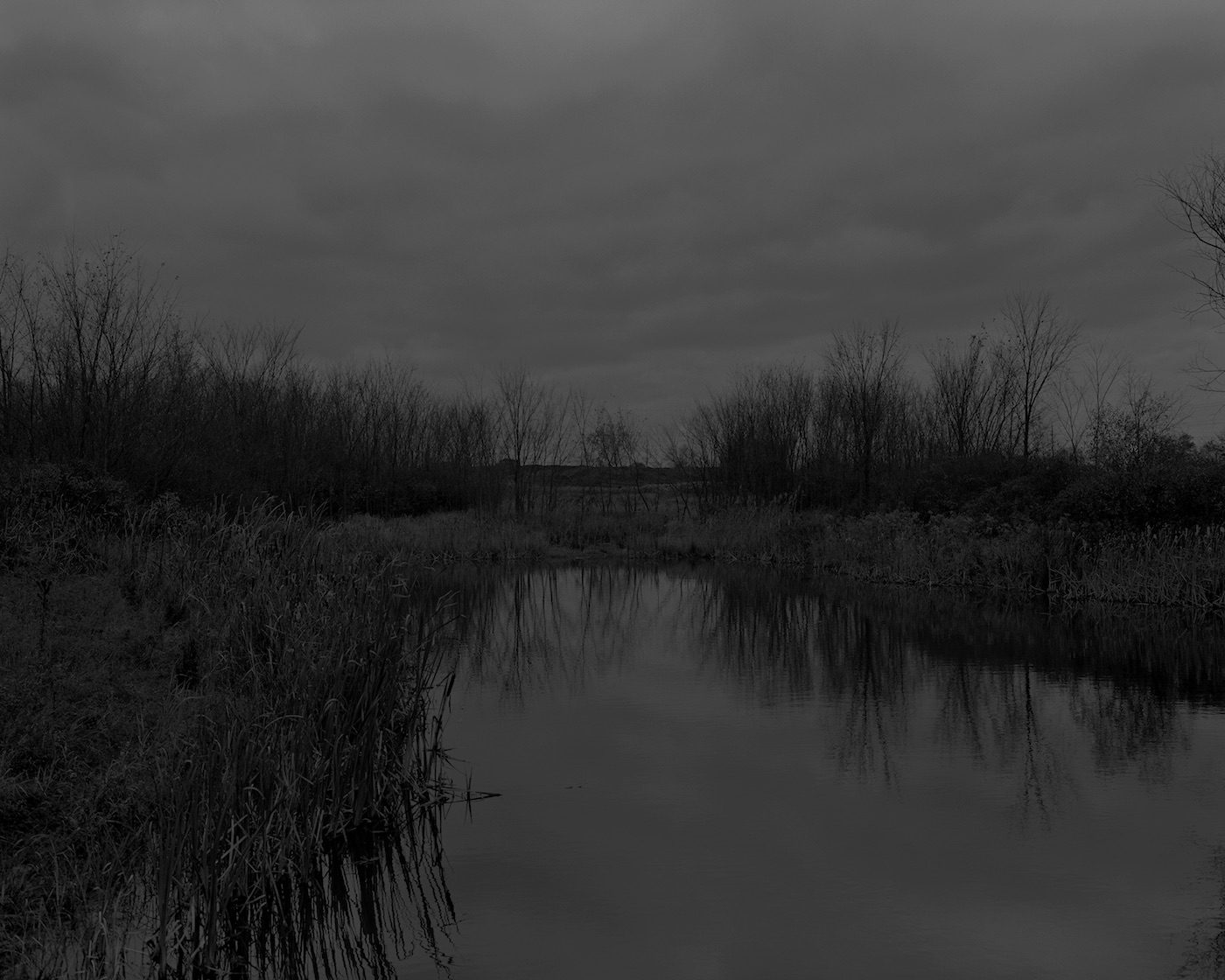 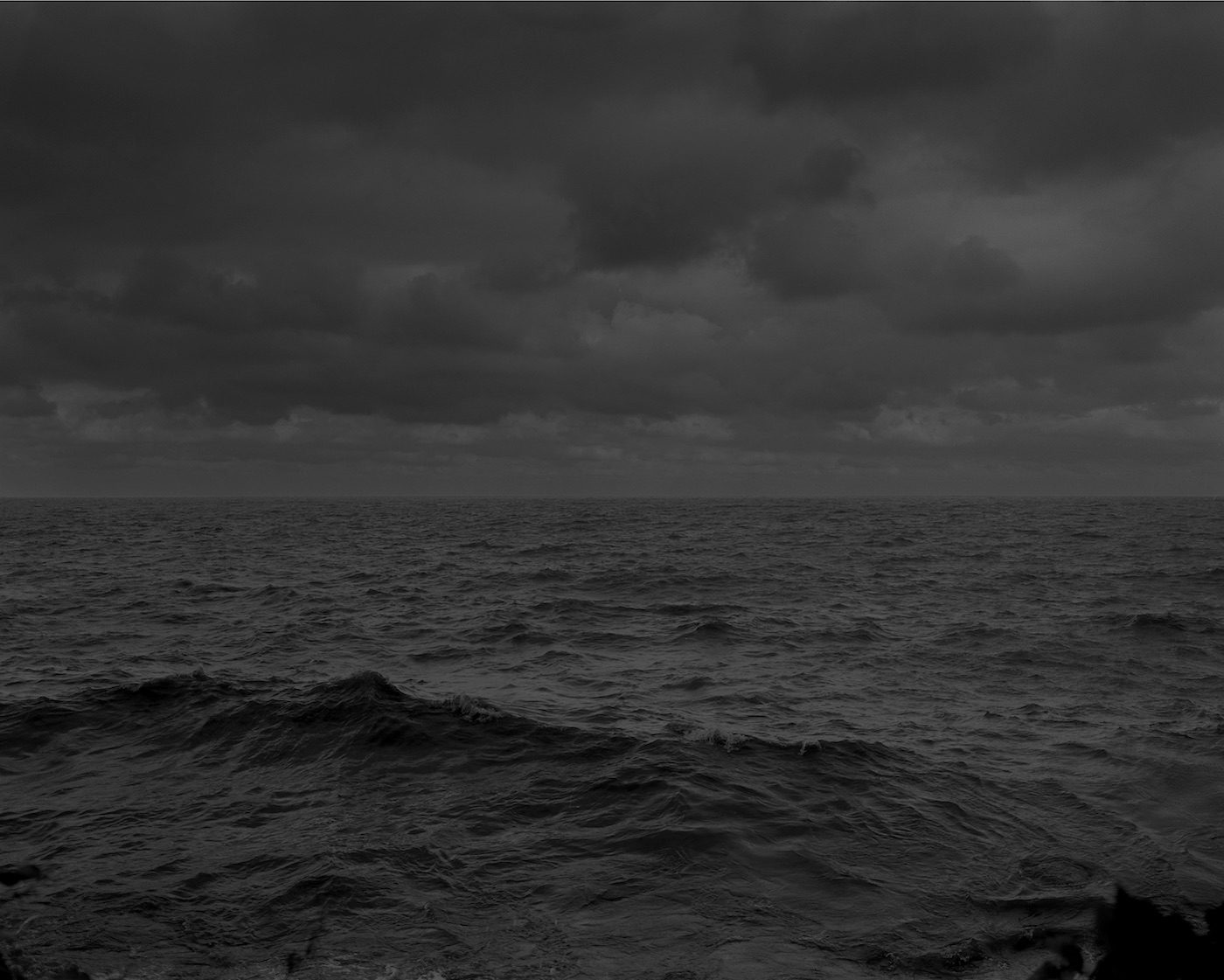 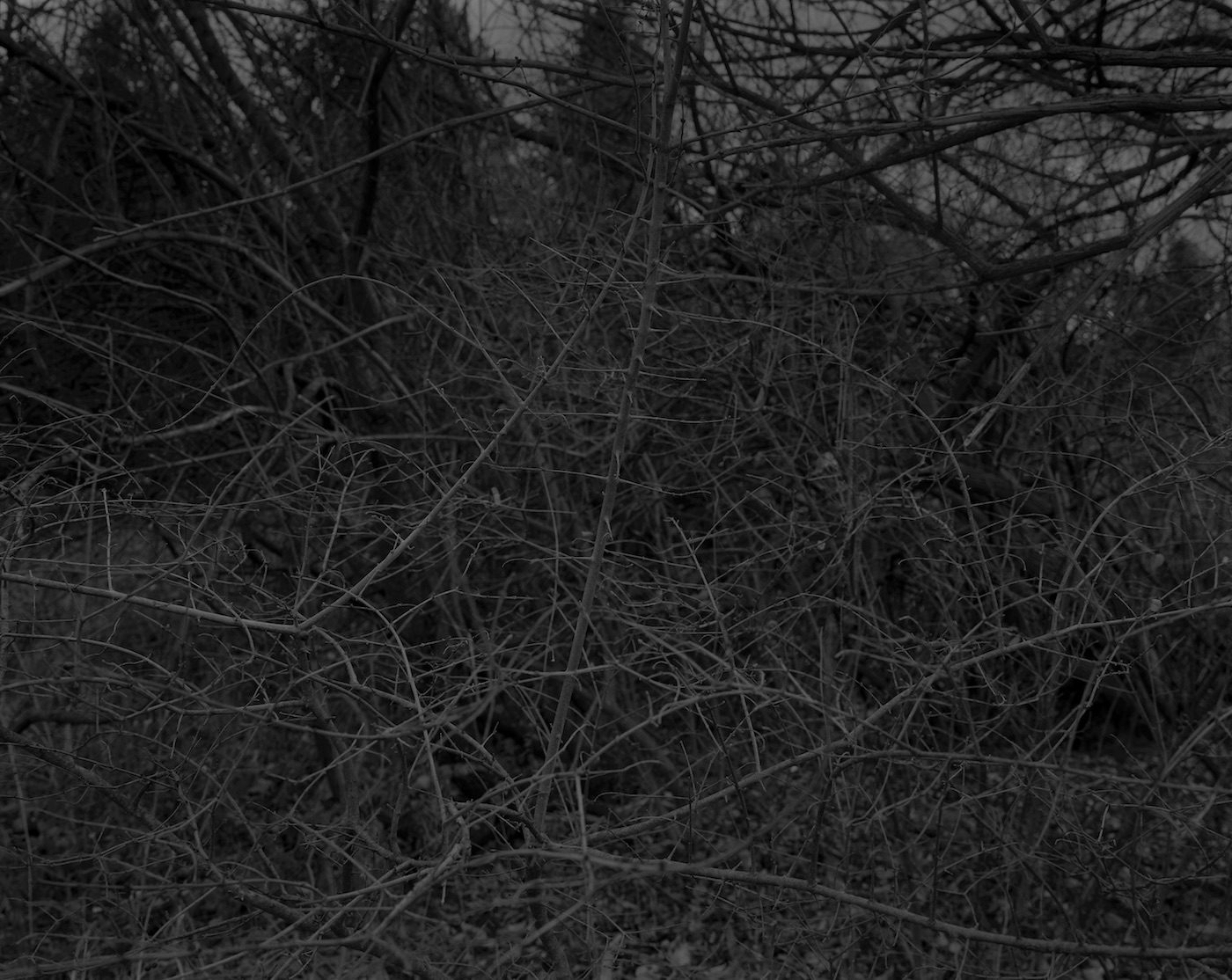 Safe Spaces in the Dark

The essence of night is a central figure in Dawoud Bey’s latest exhibition. Night Coming Tenderly, Black takes us through the imagined and real pathways of the Underground Railroad. It was in the safety of night that Black captives would escape from one of the cruelest tracts of Euro-American history. And in his photographs, Bey articulates the cold, dank moments and stories that lie in the landscapes around their routes. With C&, he speaks of these still and chilling landscapes and of how he captures the many colors of night.

Contemporary And: Your work has generally centered on portraiture, so the landscapes appear to be a striking departure. Can you share your journey to making these recent images?

Dawoud Bey: Night Coming Tenderly, Black was commissioned by FRONT International: Cleveland Triennial for Contemporary Art. Because it was to be exhibited initially in Cleveland, I wanted to make work that related and responded directly to the region while also continuing the exploration and engagement with African American history that I began with The Birmingham Project in 2013. Because the Underground Railroad was about the movement of fugitive slaves through the landscape, I wanted to imagine and visualize what that landscape may have looked and felt like. Given this objective, portraits didn’t seem to be the right choice.

C&: The greys seem to belong more to color photography than to a monochromatic palette. How did you achieve such depth of color?

DB: Black-and-white photographic material is capable of a lot more range, nuance, and subjectivity than we usually see. I wanted to realize the vision for this work not only through the landscape but through the subjective material manipulation of the photographic print. In the work of photographers like Ansel Adams, W. Eugene Smith, and Roy DeCarava, the extensive manipulation of the print was as much part of realizing the narrative as the subject itself. I wanted to work in that extensive material way for this project. And I am working with a very narrow but rich range of tonality within the spectrum of black-and-white material.

DB: And yet Olsson’s photographs seem to be made from outside of the situations he portrays, with a more voyeuristic intention and vantage point. I wanted the Underground Railroad photographs to have a physical immediacy, a feeling of intimate connection to the landscape as it might have been seen and experienced by those fugitive Black bodies moving through that landscape.

C&: A few years ago, in your blog you posed the question “How might one photograph a memory?” This seems so poignant in the wake of your recent series—how would you answer that question today?

DB: One can only hope to photograph a memory through the imagination, and through trying to make the photographs in such a way that they create a liminal experience between the past and present by not revealing anything of the contemporary circumstances. So the viewer does not have those anchors of contemporaneity, but is instead suspended in a more ambiguous dimension, one that could—from all indications—be the past.

C&: Your images seem to bear witness to the violence of the landscape, but also to  feature the hope of the people treading the pathways of the Underground Railroad. Can you share your thoughts on this?

DB: The photographs are meant to evoke the feeling of what it might have both looked and felt like for those fugitive Black bodies moving through the Ohio landscape. I want the vantage point of the pictures to suggest what they might have seen, and what that landscape might have felt like; to cling closely to the side of a house that is an Underground Railroad “station” to not be fully exposed, and having to negotiate the shifting terrain. The cover of darkness is meant to create not only a dangerous or intimidating landscape, but also a space of tender embrace, a beautiful black space through which fugitive slaves moved towards their self-liberation.

C&: In light of the 2016 US elections and according social transformations, your entire body of work seems more relevant than ever. What does it feel like to be an artist in these tumultuous times?

DB: I see my challenge as an artist in making work about the things that I want people to think about. Right now, on a global scale, we have people moving from one place to another, fleeing terror and persecution, and trying to find a safe place in which to live their lives. That certainly has everything to do with what this work is about and gives it another timely and topical layer of meaning.

C&: You are a prolific writer, and I wonder about your relationship between word and image—especially in referencing Langston Hughes for the title of this exhibition.

DB: I’ve written both essays and short-form texts on a wide range of art-related topics. Referencing Langston Hughes in the title for this work helps to situate the photographs inside of a conversation and history of Black expressive culture that both Hughes and DeCarava are a part of. They are both a part of my inheritance.

Bey’s exhibition Night Coming Tenderly, Black at the Art Institute Chicago is on view until 14 April, 2019.

Dawoud Bey (*1953) born in New York City, began his career as a photographer in 1975 with a series of photographs, “Harlem, USA,” that were later exhibited in his first one-person exhibition at the Studio Museum in Harlem in 1979. Bey holds a Master of Fine Arts degree from Yale University. He is currently Distinguished College Artist and Professor of Art at Columbia College Chicago, where he has taught since 1998.