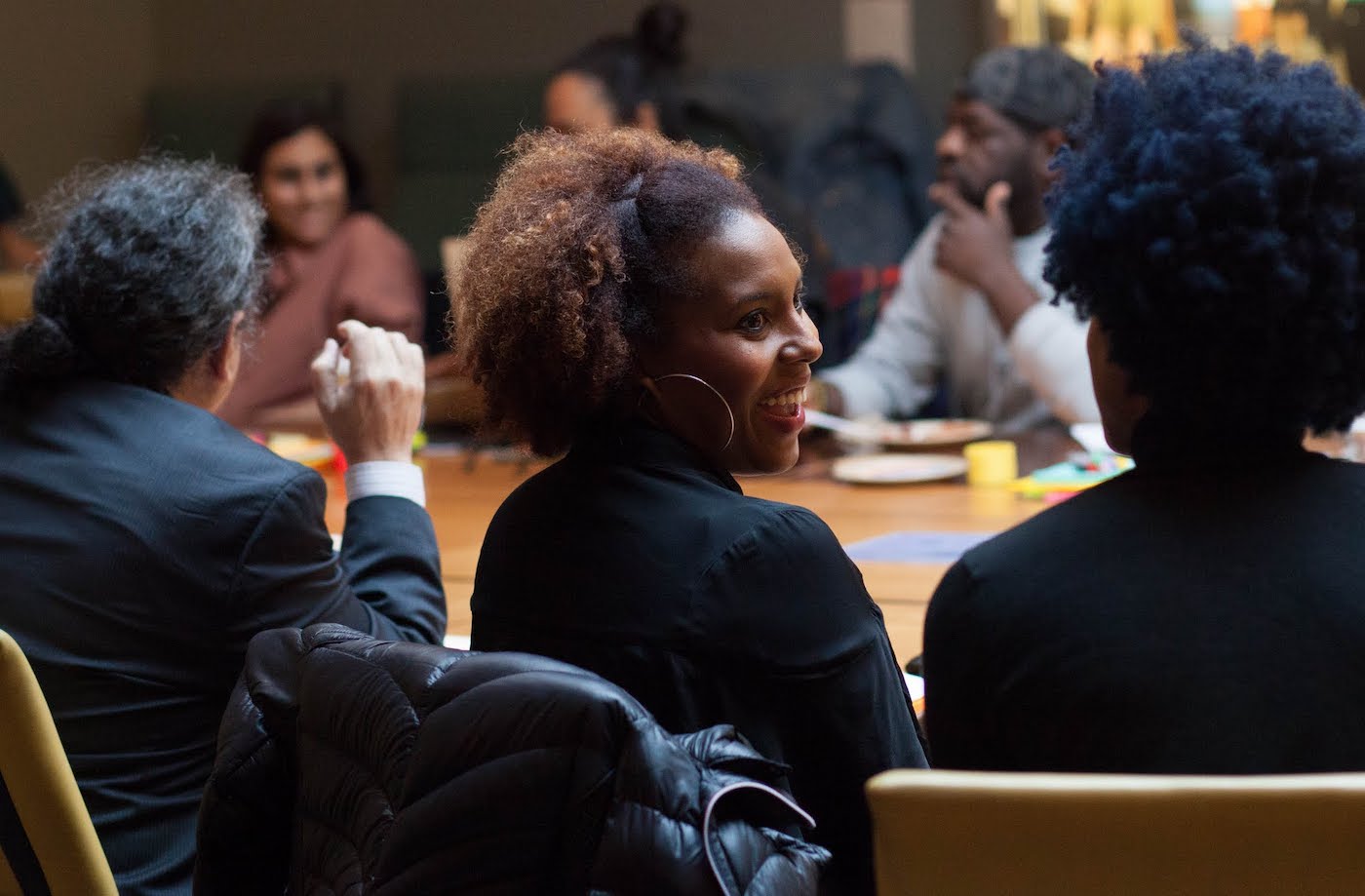 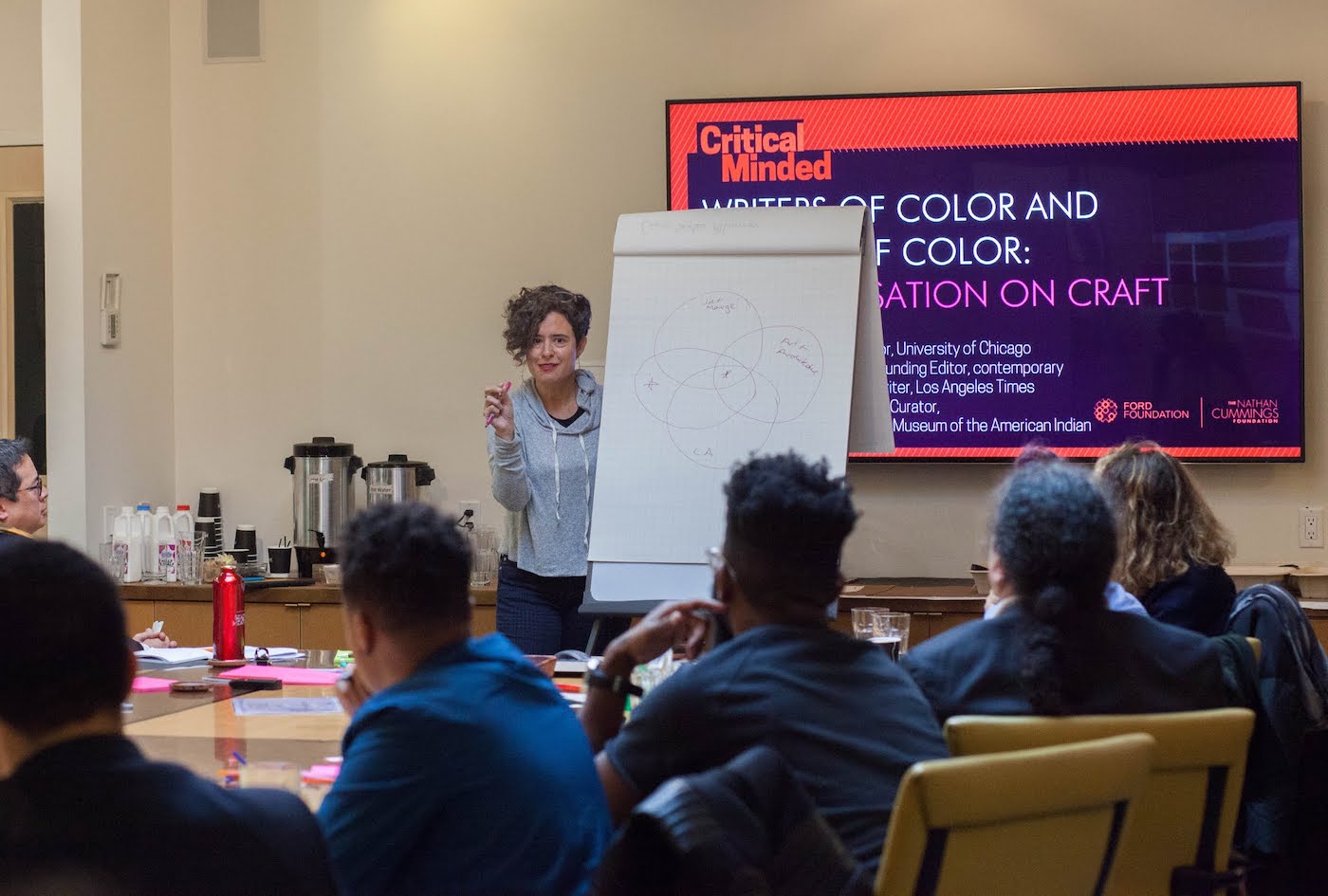 As the executive director of the Critical Minded initiative, Rashid Shabazz hopes to expand the cultural discourse by introducing more art critics of color. Our author Kendra Walker talks to the New York cultural communications strategist and advocate.

Contemporary And: Tell us about yourself, who you are and what motivates you.

Rashid Shabazz: At my core, I am a lifelong student of culture and art and a fierce advocate for the rights and freedoms of all people. I am originally from Brooklyn, New York, but moved to Newport News in Virginia at eight years old. Both places contributed to my perspective on culture, race, and politics. My parents are both politically aware and socially conscious, which also helped me in making meaning of the world. When I was growing up, they nurtured my love of reading and writing and culture broadly. I am also influenced by the mentors and cultural teachers I have studied under – from Haki Madhubuti, the founder and publisher of Third World Press, to Paul Gilroy, the author of The Black Atlantic, who was my thesis advisor at Yale University.

C&: How did you get involved in the arts?

RS: I trace my awakening to high school, visiting the art museum at Hampton University, and spending hours with the work of John T. Biggers. Biggers’ paintings and murals told stories about Black people that were so visually captivating. His work planted a seed in me for the love of art. It was also my first time studying art and having to consider out loud my opinion of a body of work. Biggers’ work and the worlds he explored spoke a language I understood.

C&: What attracted you to working with the educational initiative Critical Minded?

RS: I am always attracted to supporting new ideas that are still taking root. Critical Minded has been nurtured for years by our founders, governing board, and community. And now, with the emergence of debates around culture wars and critical race theory, is the time to center and give voice to cultural critics of color.

C&: What do you hope to bring to Critical Minded?

RS: If we are able to help provide resources and a platform to ensure greater support for cultural critics of color to elevate the conversation about their work, impact and change the ways in which critics and artists of color are often erased, ignored, or mistreated by cultural spaces, institutions, and mainstream platforms, then I think we would have done part of our job. I think we must also archive the history and support the work and legacy of those cultural critics whom I witnessed as peers, or those who paved the way for others.

C&: What are you most excited about taking on as executive director?

RS: Culture is where possibilities about how we see ourselves and each other are seeded and nourished. Criticism engages with artistic ideas and aesthetics in a way that makes their power more legible and engaging. It’s clear that this country needs to expand its imagination, and I think Critical Minded is the right organization for this moment to help us imagine. This is what excites me. To expand the cultural discourse to include more nuance, effervescence, and representation of the numerous critics of color who shape our social present to ensure that we have a robust and open democracy.

C&: Why do you think there is underrepresentation with art writers of color?

RS: There is underrepresentation because of the history of white supremacy and racism. The absence or underrepresentation of cultural critics and writers of color too often leaves us with a narrow worldview mostly shaped by white men and how they feel about each and every work of art and cultural production. This is why artists themselves have called for greater representation of cultural critics of color to interpret and bring their works into larger dialogues. They know from experience that white men often miss the mark and don’t have the cultural and historical reference points to assess and interpret the work in complex, honest, and nuanced ways. There is also the very real economic deterrent that we see in the art world, where those who can actually afford to be critics, writers, and curators come from privileged (often white) backgrounds where their parents can resource and support them in underpaid or unpaid cultural jobs.

C&: Why is it important to have critics of color?

RS: Critics of color are essential because they help us see works of art, challenge dominant narratives, and shape a more just future filled with imagination, possibility, and fertile dissent. Also, critics are responsible for holding culture accountable. Good critics are unswayed by financial incentives and in-group loyalty. This is what makes their work essential, but it also makes it less financially (and socially) lucrative. Organizations like Critical Minded can help create the financial and community support needed to empower critics to continue speaking truth to power, whether disrupting dominant aesthetics or political hierarchies.

C&:  What are your thoughts on contemporary criticism today, and where do you see it going?

RS: Cultural critics of color, like the artists of color they may review and interpret, are underpaid, under-resourced, and underappreciated. Contemporary criticism also remains too white, frankly, too limited in terms of diverse perspectives and voices to help us better understand the creative processes – whether in film, art, theater, dance, food, or architecture.

Criticism helps bring art to life in the world. But because people don’t invest in the infrastructure required to have robust critical ecologies, ultimately there is not enough diversity among reviewers. Criticism is here to stay, but how it evolves and the investment in it is what Critical Minded is committed to addressing, ensuring a more robust ecosystem of cultural criticism.

C&: Do you have a favorite piece of critical writing?

RS: If I had to choose one, I would say “We Are Each Other’s Medicine” in Canadian Art, by the cofounders of ARTS.BLACK: Jessica Lynne and Taylor Renee Aldridge. I have returned to this piece a lot over the last several months, because it really captures for me the experience of Black women cultural critics and what I hope we can address at Critical Minded – the world we need to help create that will nurture cultural critics of color so they can do their best work in community with each other. As Taylor says in this piece, “We do not have to be alone as we find or build or imagine new worlds. Care, then, is a strategy. I don’t say this to imply that loving one another must be an overly analytical act; it too must be steeped in imagination. However, care must be deliberate. We must set our intentions and act on them.”

C&: What are some of the problems you see in the art industry today?

RS: Well, I feel a lot of the same issues around underrepresentation, white supremacy, and racism plaguing the art industry. Despite these issues, it is inspiring to see people I know or know of in key positions in the art world. Rujeko Hockley at the Whitney, Legacy Russell as director of the Kitchen, and Sandra Jackson-Dumont as CEO of the Lucas Museum of Narrative Art. Elizabeth Alexander, who leads the Mellon Foundation. My own partner, Rashida Bumbray, director of Culture and Art at Open Society Foundations, and of course the legendary Thelma Golden of the Studio Museum Harlem.

Rashid Shabazz is a visionary cultural communications strategist and advocate. He is theinaugural Executive Director of Critical Minded, a grant making and advocacy initiative founded in2017 by the Ford Foundation and Nathan Cummings Foundation to support cultural critics of color in the United States. Critical Minded is devoted to fostering a vibrant cultural ecosystem that celebrates the multiplicity of perspectives from critics of color.  Shabazz joins Critical Minded following a role as the Chief Marketing and Storytelling Officer for Color of Change, where he led the organization’s charge against the limited and tokenizing mainstream media landscape

Kendra Walker is an Art Writer and Art Advisor that prioritizes and critically analyzes the work of emerging and established Black artist. As an arts writer she includes race theory and sociopolitical research in her work. She has contributed to arts publications such as Artsy, The Art Newspaper, Galerie Mag, Cultured Mag, and Sugarcane Mag. Kendra Walker currently lives and works in Atlanta, Georgia.