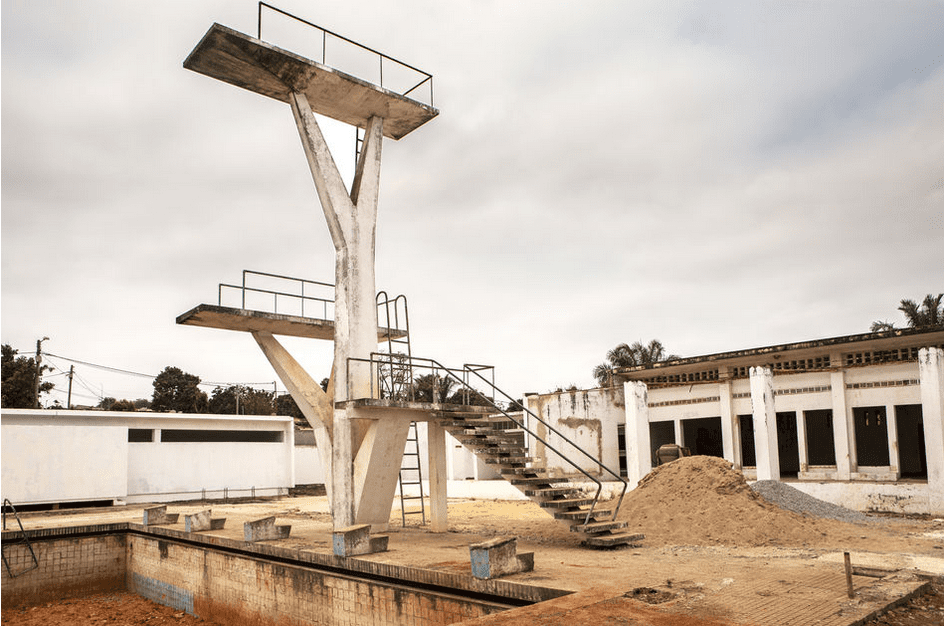 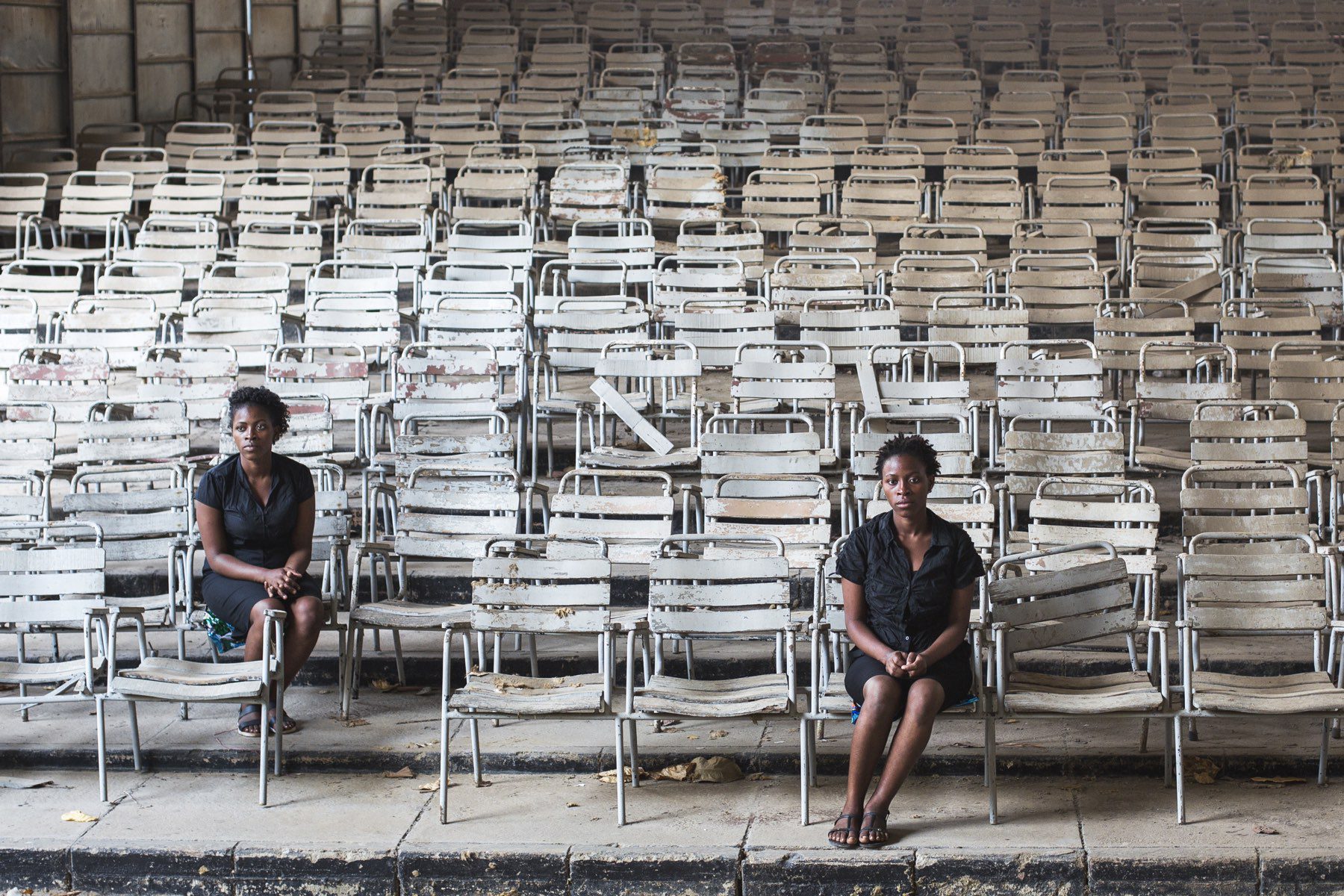 In Conversation with Paula Nascimento

Putting the Finger in the Wound

Artist Mónica de Miranda and curator Paula Nascimento have been working together for years. Their latest project leads them back to Angola where de Miranda explores narratives around the Hotel Panorama in Luanda as well as concepts of ownership and power. Paula Nascimento speaks with C& about the subtleties of de Miranda’s art, architectural symphonies and colonial spaces.

Contemporary And: What were your and the artist’s main objectives and what did you want to accomplish with “Panorama” at This is Not a White Cube Gallery in Angola?

Paula Nascimento: “Panorama”, on the one hand, is the first exhibition Mónica de Miranda presented here in Luanda. It’s a project she started two years ago and it’s already been on display in a different way in other cities. That’s to say, here, what we also wanted to present was an overview of the variety of Mónica’s oeuvre. On the other hand, we wanted to pay homage to the hotel. She has an earlier work that focuses on the Hotel Globo. And to pay homage to that hotel, which used to be a landmark and is now in a perpetual state of decay, is evidence of her interest. But, actually, the hotel is a metaphor. It’s the point of departure for broader reflection.

C&: For this project you had to deal with subjects that address the coexistence of realities and of contradictory objects.

PN: One of the most fascinating things to me in Mónica’s oeuvre is its subtlety. What I mean is, nothing is very obvious. The photographs have a certain exuberance, but not in a very obvious way. And so, all of its meaning and layers of meaning come out, because it keeps us thinking about them. The cohabitation between nature and architecture functions almost as if they were two friends resigned to the same fate. Usually, architecture erases nature, or vice versa, there is always some tension between them.

C&: What can you say about the work “Dó” in particular and to what extent did it influence the museography of the exhibition as a whole?

PN: The work was conceived specifically for this exhibition, here. “Dó” is a video installation, that was made over the past two years. I had the privilege to observe all of its phases and steps, from the time it was conceived to its first cuts and up until the work, as it is now, was completed and set up at the gallery.

C&: The work’s title, “Dó”, evokes the pity and pain associated with seeing architectural destruction and the power struggle to survive it.

PN: I like to think of “Dó” as a symphony of the city, any city, really. It ended up being about Luanda and Malange, because they’re the places where her mother lived. It’s a sort of film-homage to those spaces. But while there is this visual exuberance that transports us there, at the same time there is a certain nostalgia and sadness even, of loss. How can it be that while young men, who follow the transformations of the city, keeping up with modernizing, at the same time have to live there together with a suspended legacy: it’s as if the images were suspended between being or not being part of history, between embracing the decay or devising strategies for survival.

C&: How do you situate Mónica’s work as an artist and also as a cultural producer in the context of contemporary Angolan art and its diasporas?

PN: I think that, in her case, one thing, inevitably, has to do with another. Mónica de Miranda fits well into this small diaspora or into the core of artists who are most international. However, I don’t usually use the term diaspora. I always use the expression “artists in transit,” even though some of them reside outside of the country. Because, in essence, they’re artists in transit, whose oeuvres are situated in this intermediary space between Portugal and here, between what is past and what is future, between what is history and what is the present. And they approach their art in very different ways, some in a more local way and others in dialogue with the global.

C&: If, in 2013, you had put Mónica de Miranda’s “Panorama” project in a room adjacent to the exhibit of Edson Chagas’ “Luanda, encyclopaedic city,” how would that have worked for you?

PN: It’s funny, I had never thought of those two exhibits being together, but it’s a fantastic exercise. I think that, formally, they’re very similar in the way they photograph, very close. Of course, there are technical questions, of framing, the type of image, and the type of object photographed that they choose. But despite achieving different results, they’re very close.

On the other hand, if I were to to imagine the two exhibits now, certainly one would be the introduction and the other the conclusion: the topic is recurrent. What interested me in Edson Chagas’ work, specifically, was its attempt to reconfigure our relationship with spaces through the objects that inhabit the work; and those who know most of those spaces, know that they are colonial ones.

Mónica is interested in the moment of confrontation, the moment in which we, as spectators, have to put our finger in the wound and think about how we got out of here, how we’ve moved on. It’s an ongoing work and one of my obsessions.

The exhibition PANORAMA by Monica de Miranda is still on view until 7th February at This is Not a White Cube Gallery Angola.

Paula Nascimento was born in 1981 in Luanda, Angola, where she currently lives and works. She is an architect and curator with degrees from the Architectural Association School of Architecture and from the LSB University in London. Nascimento collaborated with architecture studios in Oporto and in London before funding with Stefano Pansera Beyond Entropy Africa in 2011 – a research-based collective network that operates on the fields of architecture-urbanism-visual arts and geopolitics.