AKAA – the first art fair devoted to contemporary art and design from Africa that was held in Paris, November 11-13, 2016, at the Carreau du Temple

Paris can also boast of a fair for contemporary African art now. But the “AKAA – Also known as Africa” welcomes works with African themes as well.

I have my first a déjà vu approaching the fair’s first stall: the London October Gallery has the same small jerry can head by Romuald Hazoumé on display the dealer exhibited some weeks before at the 1:54 in London. Also the portrait of a Black man made of nails hammered onto old planks, which Alexis Peskine, introduced as a newcomer, uses to take on the refugee issue, made its way from London to Paris, where it’s on offer for 18,000 euros. 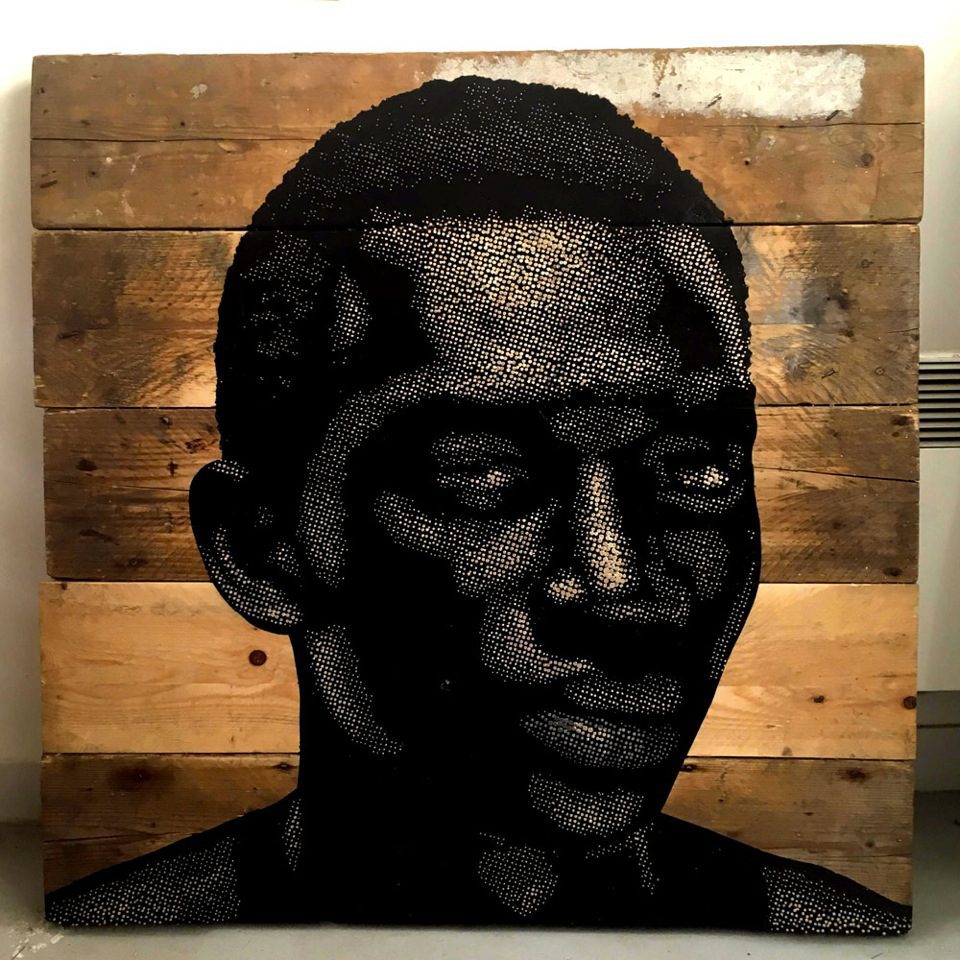 However, the gallery quickly makes up for the duplication with a special position: they have brought along part of the Invisible Masters installation by the Algerian Rashid Koraïchi. The panels of fabric, covered all over with appliquéd words of Sufi wisdom (the complete 99 banners hung in Munich’s Haus der Kunst for the show Future of Tradition) fit perfectly in the spacious construction of glass and steel of the Carreau du Temple, a former indoor market in beautiful Marais resembling a mini Grand Palais. “As an established gallery, the fair naturally wanted to have us on board,” Elisabeth Lalouschek, director of October Gallery, explains their participation. “And we like intimate fairs, so we decided to give it a try.”

Victoria Mann, founder of the AKAA (Also known as Africa) also appears confident. The 31-year-old Franco-American presents her concept in French. Tough luck for anyone who doesn’t speak the language. “I assure you,” she predicts, “this is going to be the place in France for African art – now and in the years to come.” She remains optimistic even though the fair was put to an acid test: although scheduled for 2015, Mann was forced to cancel the event shortly before it was to begin due to the terrorist attack on the nearby concert hall Bataclan. The printed catalogue was pulped and the complete selection procedure had to be repeated. Seventy percent of the galleries that had originally been accepted applied a second time. Others came in addition, so that in the end actually 30 instead of 25 galleries with a total of 115 for the most part francophone artists from eleven countries confirmed.

In the process, Victoria Mann also made a specific effort to get new names besides renowned galleries such as Everard Read from Cape Town and Ed Cross from London: in Ethiopia she personally verified the quality of the gallery Addis Fine Arts that had only been established in January 2016. For Art Meets Camera from Cape Twon it’s the first fair they’ve ever taken part in. All the more daring is their decision to dedicate a solo show to the young performer and photographer Nobukho Nqaba. 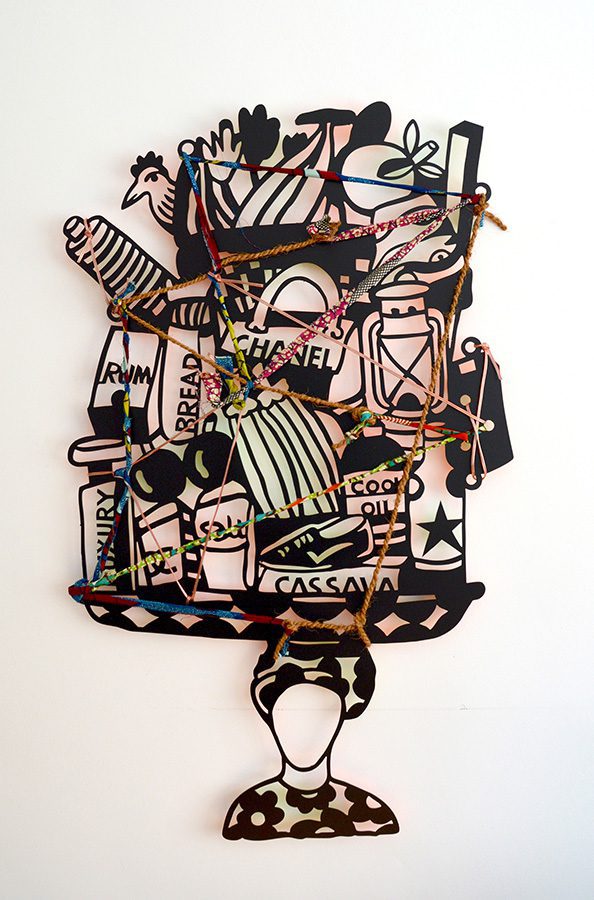 Some dealers are focused on the French forum: Guns & Rain from Johannesburg, in the international trade fair arena for the first time, presents photographic works by Nicola Brandt. The Namibian landscapes that appear peaceful at first glance are all sites of former concentration camps for Hereros and Nama in the then colony German Southwest Africa. “The fair is a good opportunity to draw the European audience’s attention to this forgotten topic,” says gallery director Julie Taylor.

For Joachim Melchers from the gallery ARTCO from Aachen AKAA offers a chance to present the impressive works by Marion Boehm, textile collages made on newspaper portraits of African women.

“The fair is professionally organized, its founder knows exactly what she wants – with an extremely customer-oriented fair team. The Paris audience was top-class – sales were much better than expected. All of Marion Boehm’s large-format collages were sold out by the end of the fair, going without exception to French and Swiss collections (price range between 8,500 and 12,500 €). But paintings by artists such as Bruce Clarke (2,000 – 12,000 €) Ransome Stanley (8,000 – 14,000 €) and the “newcomer” Raphael Adjetei Mayne / Ghana (1,700 – 2,500 €) also sold very well. In the area of photography, the South African photographer Justin Dingwall was in the lead with eight works sold from his series ALBUS (1,700 – 2,900 €),” says Joachim Melchers from the gallery ARTCO. 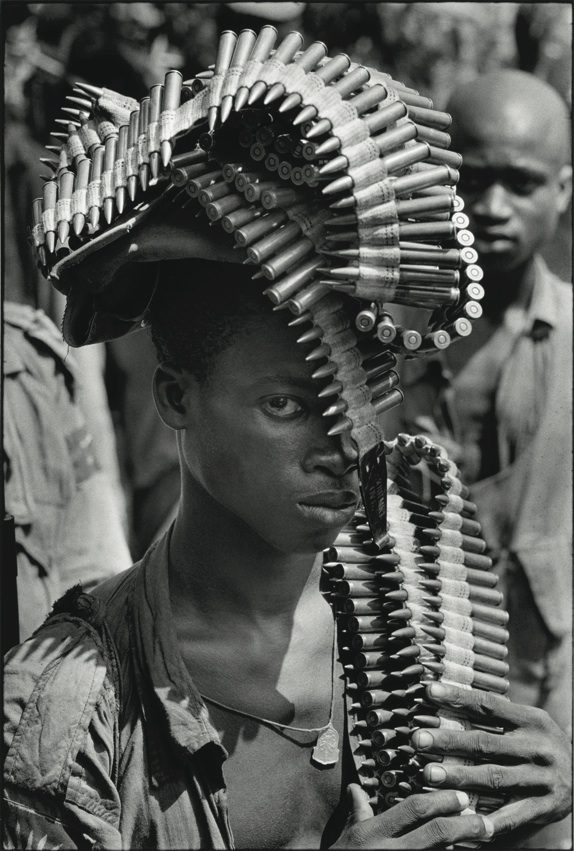 Likewise the School Gallery / Oliver Castaing, also participating in Paris Photo, presents a non-African, the French Gilles Caron. The partly oppressive, partly poetic shots by the war photographer were taken around 1968 during the Biafran war in Nigeria. A newly established foundation is devoting itself to processing his huge archive. The big collector François Pinault provided the initial funding by buying 20 works. Small formats are available from 3,500 euros.

“At AKAA Africa is a theme, not a requirement,” explains founder Victoria Mann, who wrote her master’s thesis at the École du Louvre about the École des Beaux-Arts of Antananarivo, Madagascar and worked with Pace before initiating the art fair. In cooperation with experts from the selection panel like Simon Njami, curator of blockbuster exhibitions such as Africa Remix and The Divine Comedy, or Azu Nwagbogu, director of the Lagos Photo Festival, she decided to also admit international artists with African themes. That is probably the most significant distinction from 1:54.

Providing a platform for art from African Perspectives still makes a lot of sense. There is still no distinctive gallery scene on the continent. AKAA offers artists from 54 African nations another opportunity to present their works to an international audience. This is especially easy to grasp thanks to an idea the 1:54 should copy from AKAA: just like at a museum, an audio guide – installed on your smart phone – provides information on numerous works, narrated by Salimata Diop, director of the fair’s cultural program. 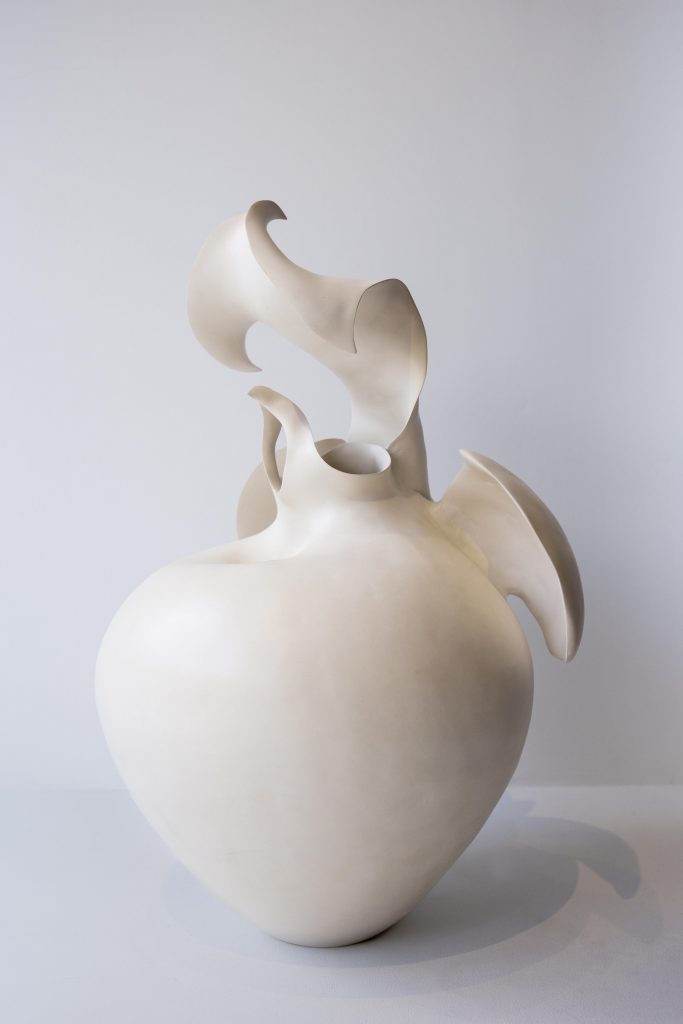 Design from Africa, however, suggested in the title as if it were a large part of the concept, falls far behind by comparison. Objects scattered randomly all over the fair, from Astrid Dahl’s amorphous ceramics to David Adjaye’s chair, lack cohesion. Yet the continent has plenty of talent to offer, as the show “Making Africa” at the Vitra Design Museum proved. Something that stays in mind are the architectural sculptures by the Nigerian Olalekan Jeyifous at 50Golborne, poking fun at day-to-day life in Lagos (from 4,500 euros). So AKAA could safely do without the design aspect. After all, visitors flocked to the hall as if the whole of Paris had been waiting for this fair. Performers in tin can costumes rattle along the aisles. Champagne is flowing. More than 30 exhibiting artists are present. If sales figures are positive, Victoria Mann will be proved right with her prediction of success.