The Legacy of Agitprop

Politics on the move

Our author Madonna Hernandez takes a closer at the exhibition Agitprop! on view at the Brooklyn Museum

Art in all its forms is political. Whether it is promoting an idea or countering an ideology, art is meant to evoke feeling, it is meant to inspire us, to move us, and to stir our souls. In the same way politics often does. It enrages us and enthuses us all at the same time. Agitprop! an exhibit currently on display at the Brooklyn Museum, is overtly political; it’s a show that is brash and in your face with its politicism, which is exactly the point. Overtly political art is characterized by the desire for things to not remain the same. In the spirit of this, the exhibit will evolve for the duration of its existence. The artists currently on display will choose the artists who will be on display next and those artists will choose the next, all in three phases. By the end of its run (in August), the exhibit promises to be wide-ranging. It is an interesting idea, one that doesn’t allow the art and its message to feel stagnant. Agitprop! isn’t trying to sell a specific agenda – except for the artists’ right to simply have one. 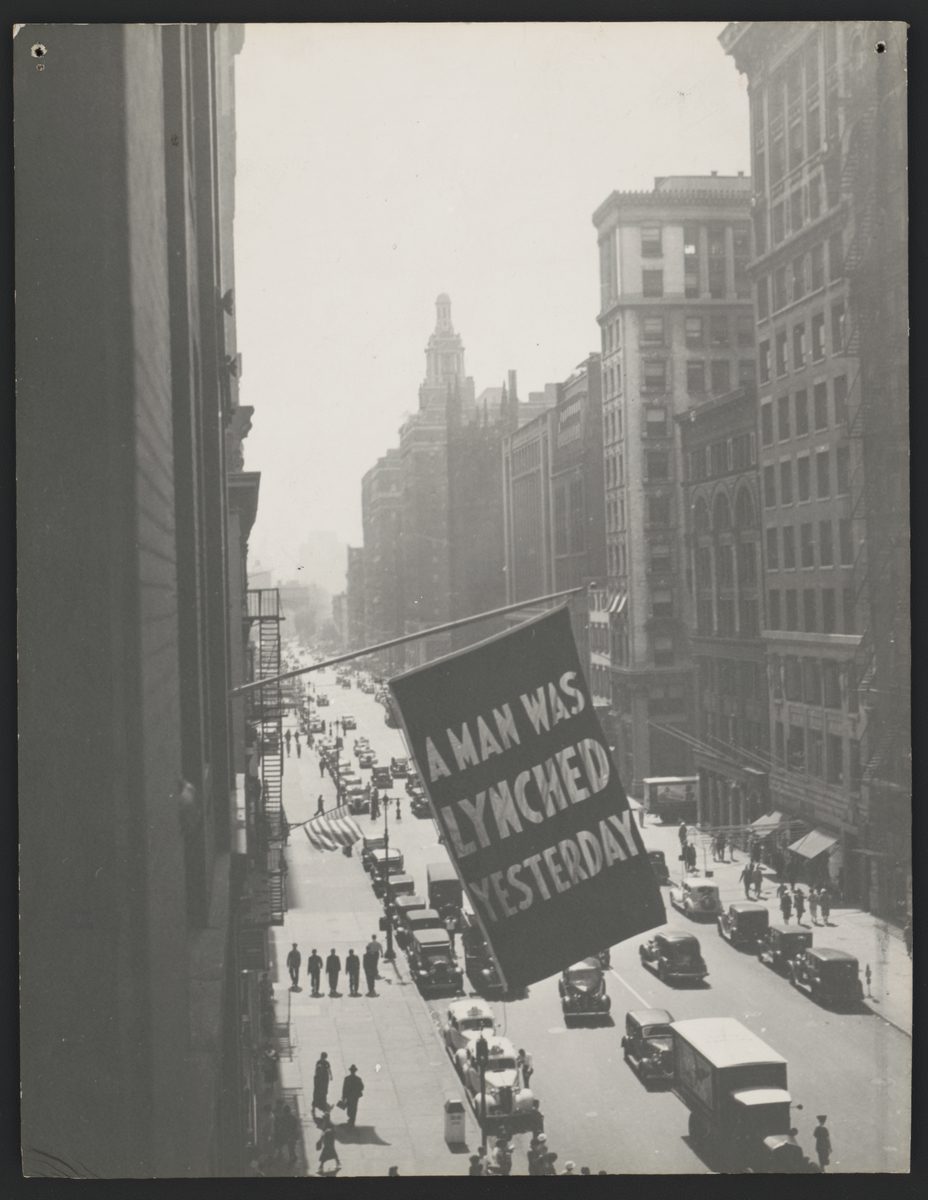 Flag, announcing lynching, flown from the window of the NAACP headquarters on 69 Fifth Ave., New York City, 1936. Photograph. Prints and Photographs Division, Library of Congress, Washington, D.C, LC-DIG-ppmsca-39304. Courtesy of The Crisis Publishing Co., Inc., the publisher of the magazine of the National Association for the Advancement of Colored People, for material first published in The Crisis

Agitprop as a word has contradictory connotation. The word itself, originating from Communist Russia, is an amalgamation of agitation and propaganda. It comes from the time during Bolshevik rule characterized by censorship and oppression. Agitprop was used as a way to spread the party’s agenda through the use of art. Agitprop as a movement has evolved considerably since then. In fact, its purpose is now the opposite of what it initially was. It has evolved as an artistic expression of liberal political ideals and ideas, inspiring works that open a dialog, create a statement, or try to incite change of the status quo.

What’s interesting in examining the evolution of agitprop is the very important role women have played. Not coincidentally, Agitprop! is curated by the staff of the Elizabeth A. Sackler Center for Feminist Art. In Russia, women played a critical role in producing art for the communist agenda, specifically posters. Some of this art is currently on display in the exhibit. Communism was also the impetus for agitprop art made by Mexican women of the party in Mexico. While communism was spreading throughout the world, the struggle for women’s suffrage in the US was taking shape, as evidenced by photos in the exhibit. Agitprop! moves from the past (since the twentieth century) to the present, addressing everything from the civil rights movement to AIDS awareness in New York City. In a particularly moving section of the exhibit, photos of lynchings of African Americans accompanied by literature and poetry and a recording of Billie Holiday’s ‘Strange Fruit’, provide a sobering look into the power of art in exposing the worst of humanity. 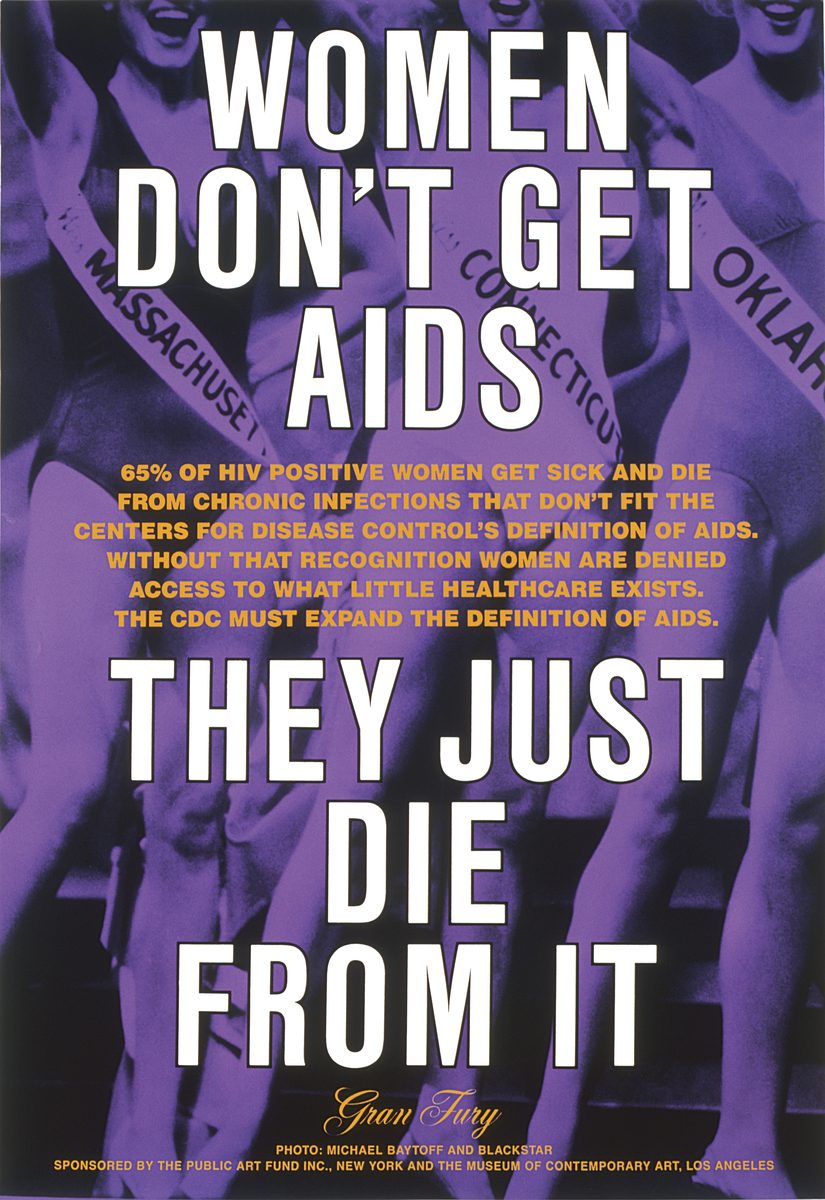 The exhibit effectively works across borders and boundaries in order to provide a larger perspective of agitprop and its influence on the global community. From photographs of the simultaneous destruction and preservation of Beijing as a result of construction to images from the revolution in Egypt, Agitprop! puts on display the oftentimes life-and-death stakes at the heart of many of the issues that are the impetus for the art. In the center of one room is an auto rickshaw from India representing the struggle for religious tolerance, with words and art written on the rickshaw itself promoting the idea.

Though not a part of the Agitprop exhibit, but located adjacent to it,  is an equally elaborate and effective long term installation that has much in common with Agitprop. In it, thirty-nine intricately designed dinner plates are arranged banquet-style on a large table in an extra room. A chalice and runner with personalized historical significance accompany each place setting. Each plate’s design has a butterfly or vulva form catered to the woman it is inspired by. On the tiles on the floor are the names of 999 women that have made significant contributions to the history of western civilization. To call the piece ambitious is a bit of an understatement. Like the politically charged Agitprop exhibit, The Dinner Party piece effectively captures the large scope of strong individuals in leading societal change, with a particular focus on  female empowerment. The Dinner Party piece is a close cousin of Agitprop so its location serves each well. 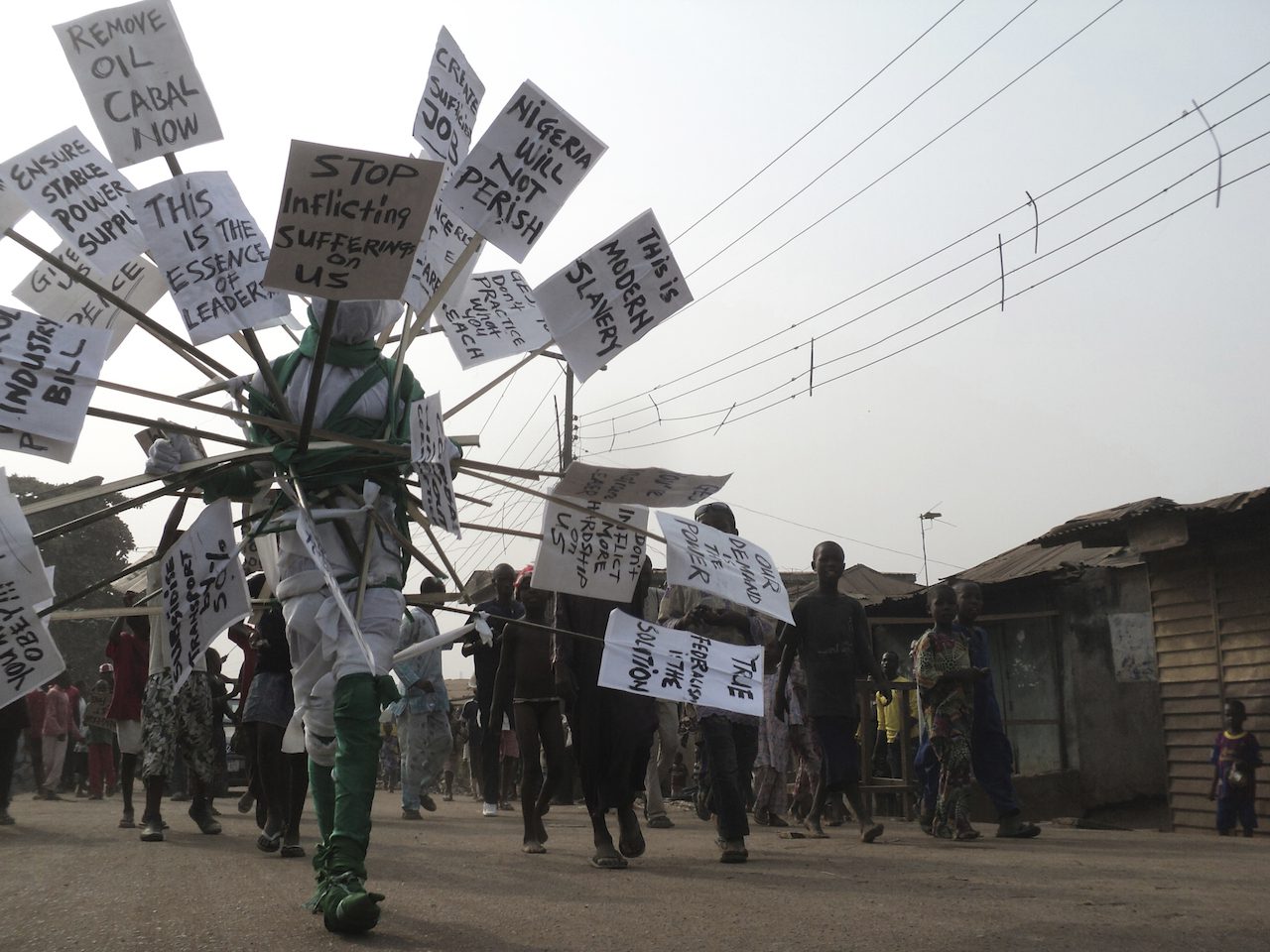 As far removed from these social justice movements and political ideas as we may feel, the singular power of art lies in its ability to captivate us and focus our attention back on them. Often times the issues at the heart of this art are ones we would rather turn away from. Agitprop! forces us to take a closer look.

Agitprop! at the Brooklyn Museum on view until August 7, 2016, New York City

Madonna Hernandez is a writer from Brooklyn, New York, born and raised there before gentrification.  She is interested in examining issues of identity, race, class and social structure, through her writing.