Our author Elsa Guily caught up with Bouchra Khalili to talk about her film Living Labour.

In the film Living Labour – presented during the 6th Marrakech Biennale – Bouchra Khalili ponders the act of speech as a gesture of resistance. Poised between the poetic and the political, Khalili’s work leads us to question the role of subjectivity in assertions of an egalitarian community.

.
Elsa Guily: Living Labour is the final chapter of a trilogy titled  The Speeches Series (2012–13). Can you tell us more about its thematic conception, the stages of its production, and the challenges you faced with distributing the work?

Bouchra Khalili: My practice is variously expressed through video, installation, photography, and screen printing. My films are based on mechanisms of speech acts through which uniqueness represents itself. In the case of Living Labour, each of the characters wrote and memorized their own script before performing it on camera. So the performance became an expression of a subjective, distanced speech act that, paradoxically, gives rise to public and collective speech. That is the precise intention of Living Labour and The Speeches Series (2012–12): to serve as a representation of speech by its speakers and to interrogate a political and poetic conception of identity beyond the restrictive frameworks of the nation-state. From that starting point, the question of distribution is better raised in these terms: can a site of art (museum, art center, etc.) act as a civic, poetic, and aesthetic space?  I believe it can, just as an artwork has the power to be a poetic and civic space. 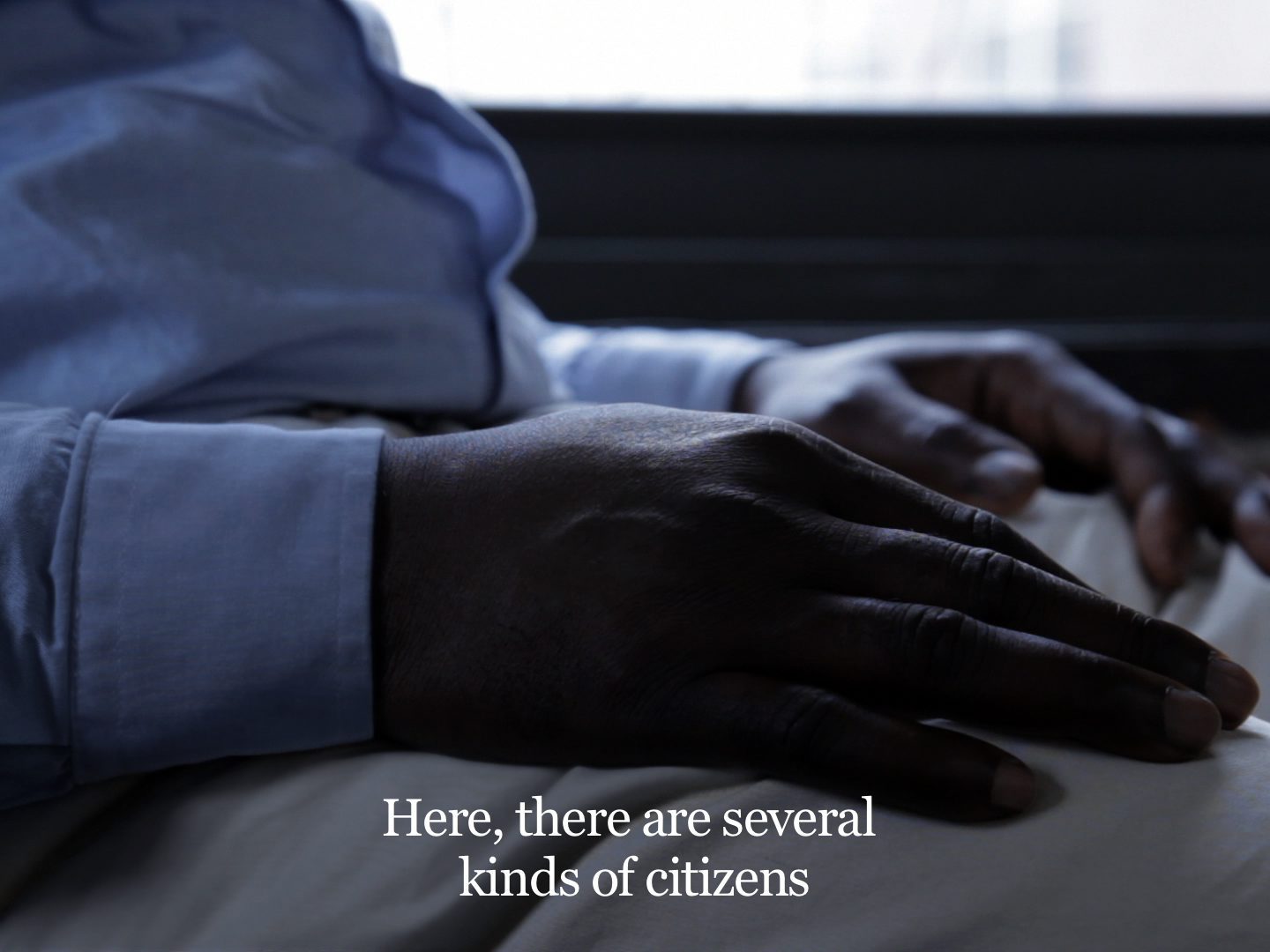 .
EG: The first image of each portrait is a static shot of a space, presumably an attempt to place each speech in a social and urban context. What do these video clips tell us about the individual’s relationship to the collective in the public sphere?

BK: Each film in the Speeches Series trilogy is conceived according to a very precise editing plan. In Living Labour, the speech begins by reverberating in a public space that is part of each protagonist’s daily life. We proceed to see the protagonists physically located in a frame that delineates interior from exterior: perhaps a window that opens outward or a space in between intimate and public space. It’s that betweenness that articulates subjectivity and collectivity.

EG: Speech holds a central position in your work as a way for the workers you feature on screen to embody their own narratives of self-determination and to define their own identities.  To what extent is that valuing of the narrative rooted in the civic poetry tradition of the African American Civil Rights Movement of the 1960s and ’70s in the US, and/or other revolutionary or activist traditions?

.
BK: In my video work, speech has a precise aesthetic function. It cannot be reduced to its meaning. There is a gap between what’s visible and what’s sparked by the sound and the story, even though the audio and image occur simultaneously. It is by way of that dialectical tension that the viewer takes an active role in the mechanism of the piece. The protagonists of Living Labour present themselves to the public – with their subjectivity – to ask the viewers a question about citizenship. Mahoma, who works without papers in New York, says it outright in Living Labour: “I am a citizen because my consciousness grew up here.” The struggle he has waged for his rights is what defines his citizenship. So all the film’s protagonists are essentially civic poets, but in the sense in which Pier Paolo Pasolini revived that old Italian tradition. In A Desperate Vitality, he sounds the call for poetic and civic resistance, “throwing his body into the fight.” But the reference to Pasolini isn’t incidental. It also returns to his proposition of a poetic cinema, starting with what he had defined as “free indirect speech,” which organically articulates multiple voices and points of view. 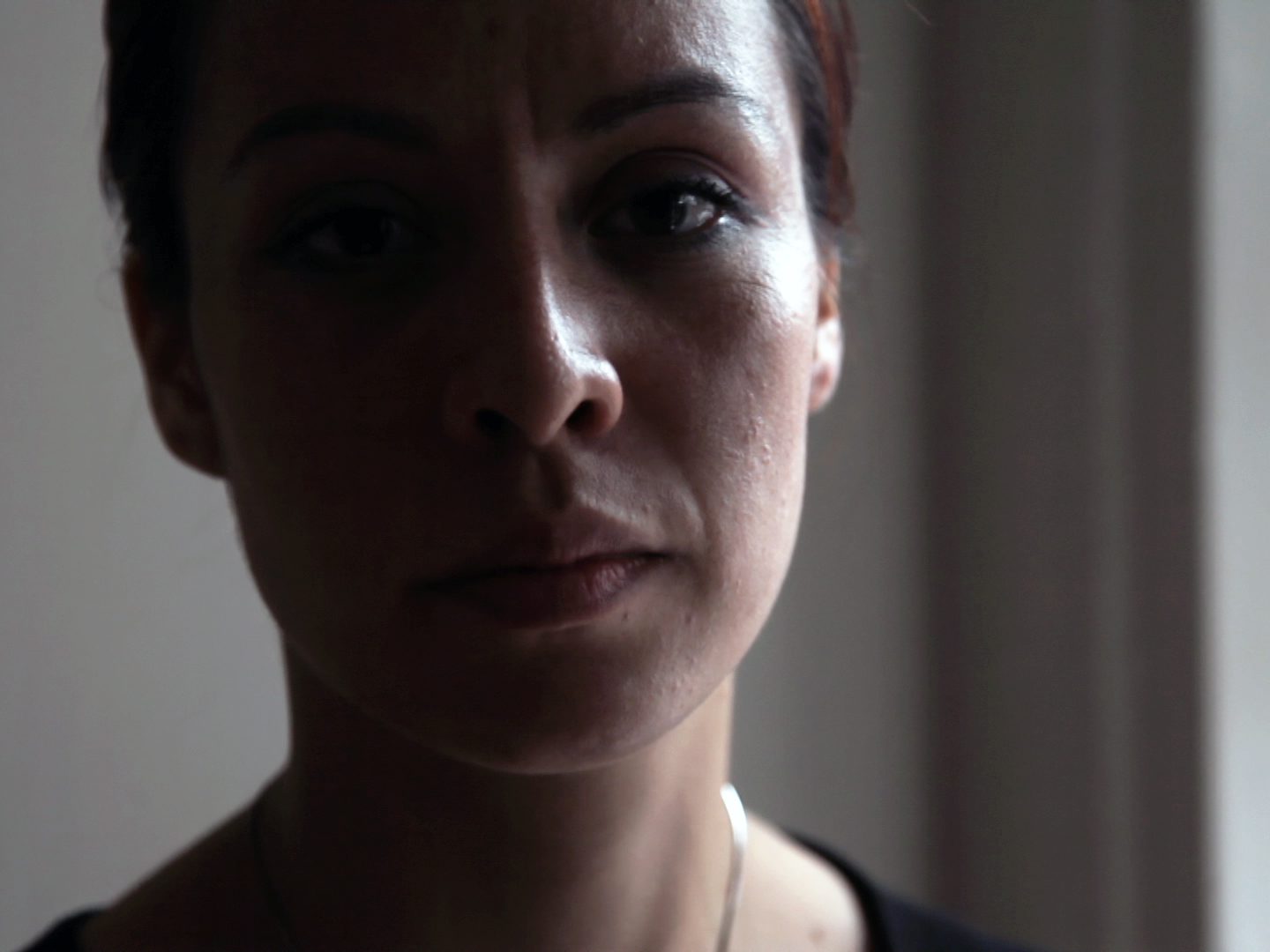 .
EG: Do you view the multimedia video installation, within the (globalized) field of contemporary art, as a form of tangible support for social struggles, strategies, and discourses of collective resistance?

.
BK: If I have an attachment to film and video installations, it’s because my first link to artistic forms was through cinema and literature, even though I began my artistic practice through photography. I don’t know whether my work will be seen, understood, or accepted, but I try to make the exhibition space into a poetic and civic space.

Elsa Guily studies art history and is an independent critic living in Berlin, specialized in contemporary readings of critical theory and the political challenges of representation.