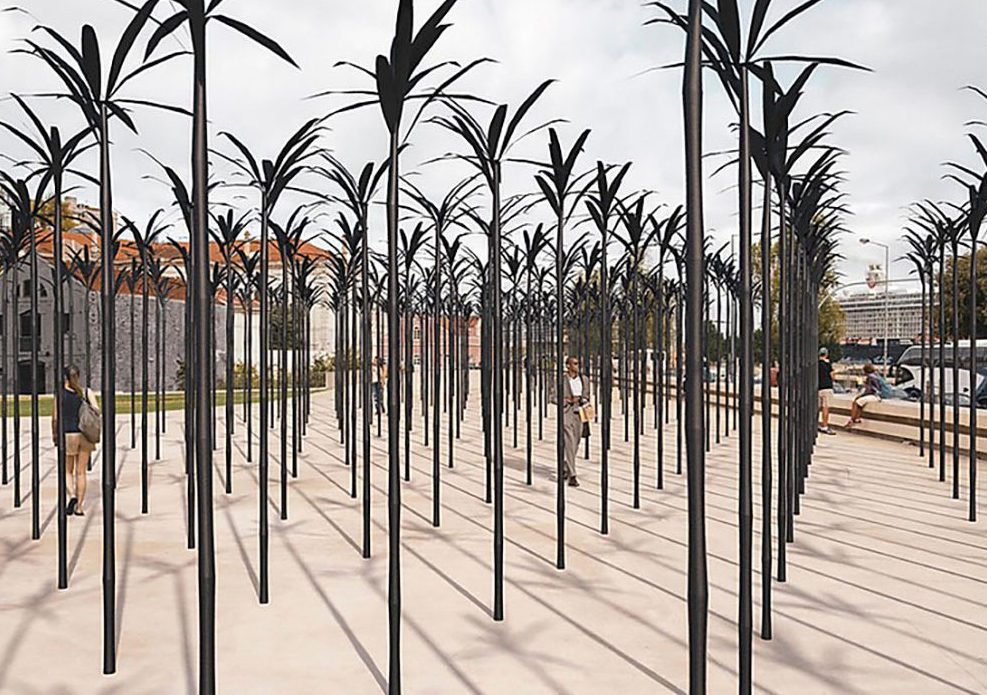 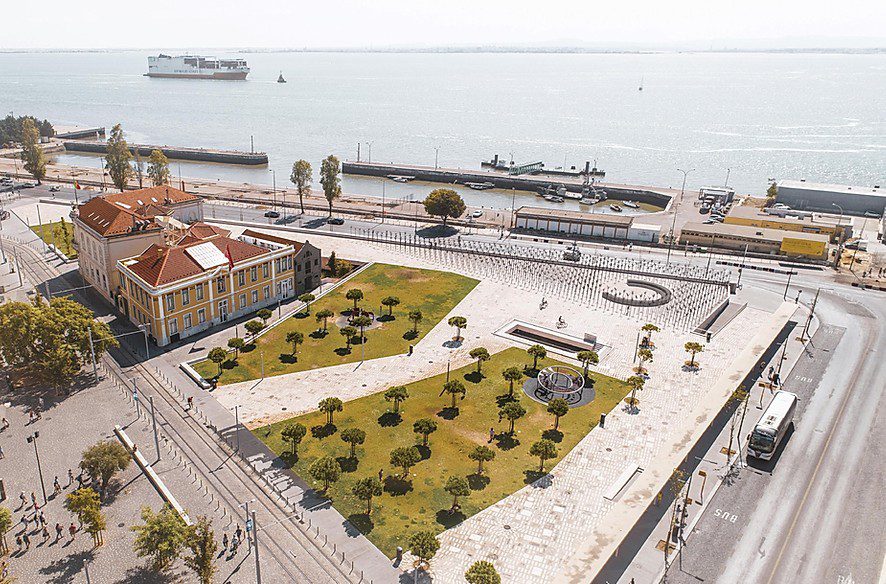 In Conversation with Beatriz Dias

Memorial in Lisbon: Recovering History That Was Made Invisible

"Plantation – Prosperity and Nightmare,” a project by the Angolan artist Kiluanji Kia Henda, was selected for the construction of the Memorial in Homage to Enslaved Persons in Lisbon. Beatriz Dias, the founder of Djass – Association of Afro-descendents, Associação de Afrodescendentes, as well as an assemblywoman and an activist, talks about the Memorial that will be constructed, the legacy of slavery and the importance of collaborating with curators advocating for a decolonial thinking.

C&AL: The idea to establish a Memorial to Enslaved People in Lisbon includes designing a work of art to be exhibited in the public space. Could you talk about the process involved in making this choice?

Beatriz Dias: The idea is for the Memorial, through its symbolism, to be a work created by an African or Afro-descendent artist, from a Portuguese-speaking country, whose profile matches the conceptual and contemporary nature of the project and whose work in some way serves as a vehicle for reflection and a position on questions of slavery, colonialism and post-colonialism. Similarly, in March of 2018, Djass created a Consulting Group made up of activists with links to the black and antiracist movement and researchers specializing in history, post-colonial studies, art and museology, to participate in defining the concept of the Memorial and in the selection process of the artists.

The Memorial should use a contemporary artistic language – conceptually and symbolically – that is capable of ensuring a meaningful urban presence and of representing slavery broadly, including the aspects of memory, resistance and the legacies and historical continuities, to establish a link between past and present. Based on these criteria, five African and Afro-descendent artists were invited, three of whom presented proposals: Grada Kilomba, Jaime Lauriano e Kiluanji Kia Henda, the latter of whom was selected, having received the most votes tallied over six public sessions that we organized across several locations around Lisbon where there is a strong presence of Africans and Afro-descendants. One of our objectives was to make this a participatory process from the beginning. We have to remember that this came from a proposal that Djass had proposed to the Participatory Budgeting of Lisbon and it was one of the winning proposals of this initiative of the Lisbon City Council.

C&AL: The selected work will be placed in a symbolic space in the city. Could you talk about the choice of this space?

BD: One of the aspects we thought was extremely important to ensure was that the work be placed in a privileged space, downtown, so as to break with the segregation that the African and Afro-descendent populations are subjected to in the city of Lisbon. We know that populations have a pendular movement; they come downtown to perform professional tasks, where they work, build, clean the city, and afterward are sent back to the periphery, through processes of clear territorial segregation, along with segregated housing.

So we wanted to break this process of territorial segregation and we wanted there to be a monument downtown that celebrates enslaved people. Initially, we had chosen Ribeira das Naus, a central location, in the Cais do Sodré – Campo das Cebolas area. This area was identified by historians as a zone where ships docked having transported enslaved people who had been abducted from African territories occupied by Portugal. We also wanted it to be in an area that is easily accessible, that people could get to via public transportation, and we didn’t want it to be out in the suburbs, in a far-off place, where nobody goes, that no one sees; it had to be a place where people visit and go often…

From the outset, we thought it was important for the memorial to have an Interpretive Center. We thought it was absolutely crucial for the Memorial to have this type of facility, where there could be exhibits, lectures and discussions, with regular programming, and an educational service that would include guided visits. It would be a place for us to go to take root in our memories and tell this history that has been made invisible in our public space.

C&AL: Portugal, unlike other countries such as England or France, does not yet have a strong culture of remembering persons who were victims of slavery. What movements are emerging to change this situation?

BD: The denial of racism and racial discrimination in Portugal is one of the main factors that makes it difficult to have an in-depth discussion about the causes of the structural and systemic racism that exists in Portuguese society. As a result, it also impedes a deep analysis of the memory of people who were victims of slavery, of Portugal’s role in trafficking enslaved persons and of the contributions that these populations, these people, made to knowledge in Portugal, to the culture and to technological development. And how does this negation take shape? This negation is the result of a national identity that is based on a hegemonic discourse, a fictional narrative, a fantasy that celebrates discoveries as being the most important enterprise of Portuguese society.

There is an entire fabrication around the discoveries that reifies some of the myths of national identity. The myth of Luso-tropicalism – the Portuguese are a people with a natural propensity for miscegenation, a capacity for dialogue and mixing with indigenous populations from occupied African countries. The myth of Portugal’s civilizing mission, in other words, that Portugal played a crucial role in the civilization of populations, contributed to them being able to come out of the darkness, the obscurantism they were in and to be enlightened, to rise up to the level of European civilization, fighting primitivism and making those people more technologically developed, more civilized. And, above all else – and I think this is the deepest root of Portuguese denial –, the idea that Portuguese colonialism was a benign colonialism, and that, therefore, Portugal was a good colonizer.

C&AL: And Djass is emerging precisely in the context of the decolonization of Portuguese thought?

BD: Since it was founded in 2016, Djass has aimed to examine the decolonization of knowledge. We based our work on the investigative works of historians, sociologists and anthropologists who are also reflecting on this decolonization. On one side, epistemological decolonization, bringing knowledge produced by other authors to think about how knowledge is produced and how we can alter existing dominant Eurocentric conceptions and bring to the discussion other ways of knowing.

We sought out US, African and Afro-descendant black thinkers and the contributions they made to freedom movements. All those ideas are modeling our discourse, are influencing it and the way we are thinking what is necessary to do in order to decolonize thought in Portugal, to give centrality to racism and racial discrimination and to understand that racism crosses different dimensions of our collective life with an impact on the life of Black women and men, but also on the hegemonic ideas of mainstream society.

C&AL: You all defend the inclusion of African peoples’ contributions in school curriculums. Is the aim of this to recover the African continent’s art history?

BD: In Portugal, school textbooks continue to disseminate a Eurocentric vision of knowledge, which is making diversity and the richness of African cultures invisible or paints them as stereotyped or subaltern. We need to dismantle this vision, inscribing in our curriculums and textbooks the contribution of African civilizations to the scientific, technological, economic, social and cultural development of Humanity. The Interpretive Center – part of the Memorial – will also be essential to affirm this decolonial thinking. We want to look at the contributions of African civilizations to knowledge, to technology, to social development, in a way that allows us to dispute and confront the narrative that treats these civilizations and these cultures as being backward, uncivilized, primitive and which establishes a hierarchy that qualifies these civilizations, always in comparison to European civilization. We want to fight Eurocentrism in order to bring this very important information to write this incomplete history that is told about these civilizations, about these cultures. We are planning for the Interpretive Center to have regular programming, to collaborate with art curators who are not only reflecting on decolonial and post-colonial thought, but who also have knowledge about the different cultural manifestations of various African civilizations over this whole historical moment – while colonialism was happening as well as the pre-colonial and post-colonial periods.

We’re also counting on community participation. We want to create a museology community where curatorship of the exhibitions are made in partnership and coordination with associations that are locally based and with the Afro-descendent social movement, in a way that will not only allow us to construct a fluid dialogue with the communities, but also a robust narrative that confronts the national hegemonic narrative, where these communities are always depicted as subaltern in the production of knowledge and we want to dispute this narrative. Additionally, we want to establish an articulation between different facilities that exist in European cities that deal with the same themes, like memory and colonial history, memory of African populations and Afro-descendants in European countries as well as in Afro-European memory. It is important to think of Europe as a plural space, with multiple cultures.

Beatriz Dias is a black Portuguese woman. She was born in Dakar, Senegal, in 1971, and lives in Lisbon, Portugal. She has taught Biology and Geology on the elementary and secondary levels since 1994. An activist against racism and the founder of Djass – Association of Afro-descendants, she is also a militant, the leader of the Left Block and served as Mayor of Lisbon from 2009 to 2019. She is currently an assemblywoman on the National Assembly (Portuguese parliament).

Gisele Navarro Fernandes is a Brazilian who has lived in Lisbon since 1996. She is a psychologist involved in Portuguese social movements. She is also a member of the association for anti-racism, Djass, and the Andorinha Collective – the Brazilian Democratic Front of Lisbon.

This interview was initially published on C& América Latina on 30 March 2020.