In 2014, after a meeting with Malick Sidibé, Emmanuel Iduma wrote a little essay...

I remember that Henri Cartier-Bresson had lived in Côte d’Ivoire for a while in his youth hunting game. When he was in his eighties, he said, “The only thing about photography that interests me is the aim, the taking aim.”

When we visit Sidibé, he is sitting outside of a house, part of a cluster of brownish buildings. He is wearing a fitted white jalabiya. His eyesight is failing; instead of reaching to shake his hand, I gently grasp his hands in my own in order to greet him. A woman and a young man are with him and seem to prepare him for the public eye. The woman brings a towel and spreads it across his lap; the young man brings sunglasses. I am overwhelmed—I feel as though his entire oeuvre is compressed into a moment in time. This is homage, all of it.

Before we talk, we are shown into a room with his negatives, old equipment, and stacks of photo albums. Things are in bad shape, worn by time, layered with dust. Some of the dust will leave with us. There’s a bed in the room. Perhaps he lies here when exhausted, to remember photographs without looking at them, to be inundated with images from the past that remain present.

We sit and he talks. Igo Diarra of Medina Gallery, our host and guide, translates the conversation from French. Sidibé tells us he started drawing in 1945, using charcoal. He drew because he wanted to imitate natural things. I think: there is a kinship between drawing and photography; when we draw we imitate the forms and figures of life—the same as we do when taking a photograph.

Because he has never used a digital camera, Sidibé conceives photography as an act of deliberateness. He tells us he learnt what he knew about photography by observing closely. It is while he talks about hunting that he talks about observation. Observation is alertness, remaining present, studying things, finding precision, finding balance.

Now that he is losing his eyesight Sidibé cannot continue working. Later he talks about the true image—no one can change the true image, least of all the colonialists. I suppose that not even impaired eyesight can take away his ability to continue perceiving images. Every nerve in his body seems to respond to light and movement. Time has slowed him down, but he is still here.

Sidibé asks the young man to bring us a photograph from 1963. It is his favorite photograph and known around the world as one of his iconic images: a young man and woman dancing during a Christmas party. (It had to be about dancing, I think, remembering something about dance being the fulcrum of desire). Photography is a charismatic medium; sometimes it takes decades for a photograph to fully unravel itself. I wonder what he thought when he took that photograph. Unlike in other famous photographs of his, the pose here is unrehearsed. It strikes me that the pose is similar to that of Amiri Baraka dancing with Maya Angelou in Harlem, in the 1991 photograph by Chester Higgins Jr.

People come to him from around the world, he says. He’s responding to a question about his children. The question had been lost in translation, apparently. Yet the image fits perfectly: a man whose way of seeing has stirred the hearts of thousands, whose fatherhood is indisputable.

When asked about photography going digital, the democratization of the photo-making process, he says, “It’s okay sometimes.” Everyone has a right to have their image taken, but people can also transform the image into something else. He seems ambivalent about this and I guess he’s still fascinated with the old ways of working. He tried to catch up with digital cameras, he says, but it just seemed overwhelming.

He jokes that these days you don’t need your eyes to make photographs, you just shoot. Loud laughter is shared. 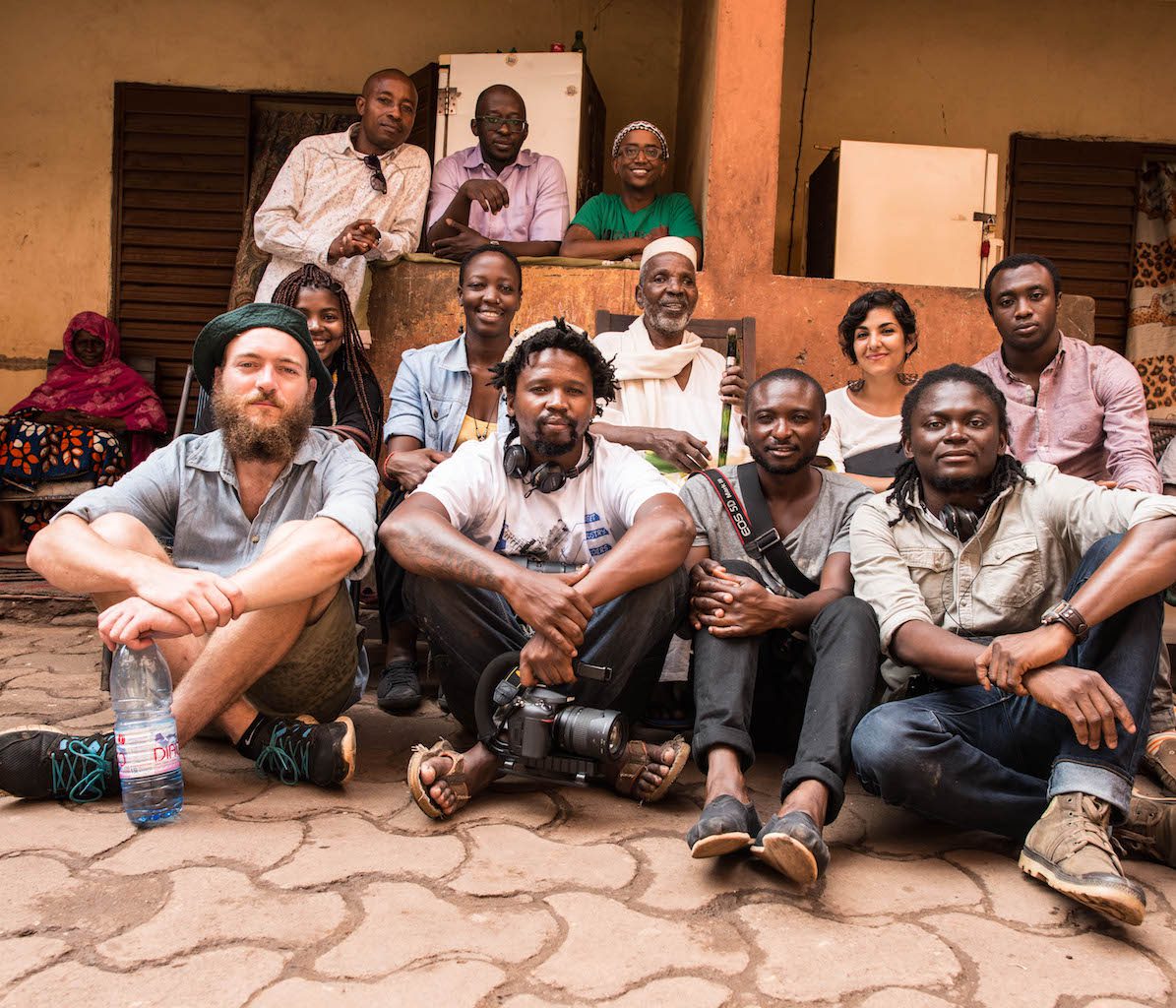 The other time we laugh is when he talks about being in Mauritania. It had been difficult to put his subjects in good positions because men didn’t want him to touch their wives. A photographer is like a doctor, he tells us: if you don’t touch you do nothing.

He adds that he had been a composer of images, favoring the studio over the street. The contours of his subjects’ bodies form poses like in a drawing, like line being added to line.

Someone asks if he has any questions for us. No. Any advice? None, he says, but it is good to travel, you understand many things. The first time he went to South Africa, he felt like it was his house. Chaka Zulu inspires him.

Note: Earlier versions of this essay appeared in the Invisible Borders 2014 Road Trip blog and in Zephyr, student journal of the MFA Art Writing Program, School of Visual Arts, New York, 2014. It is republished here on the occasion of Malick Sidibé’s passing.

Emmanuel Iduma is a writer and art critic. He writes about historical and contemporary Nigerian photographs for The Trans-African.