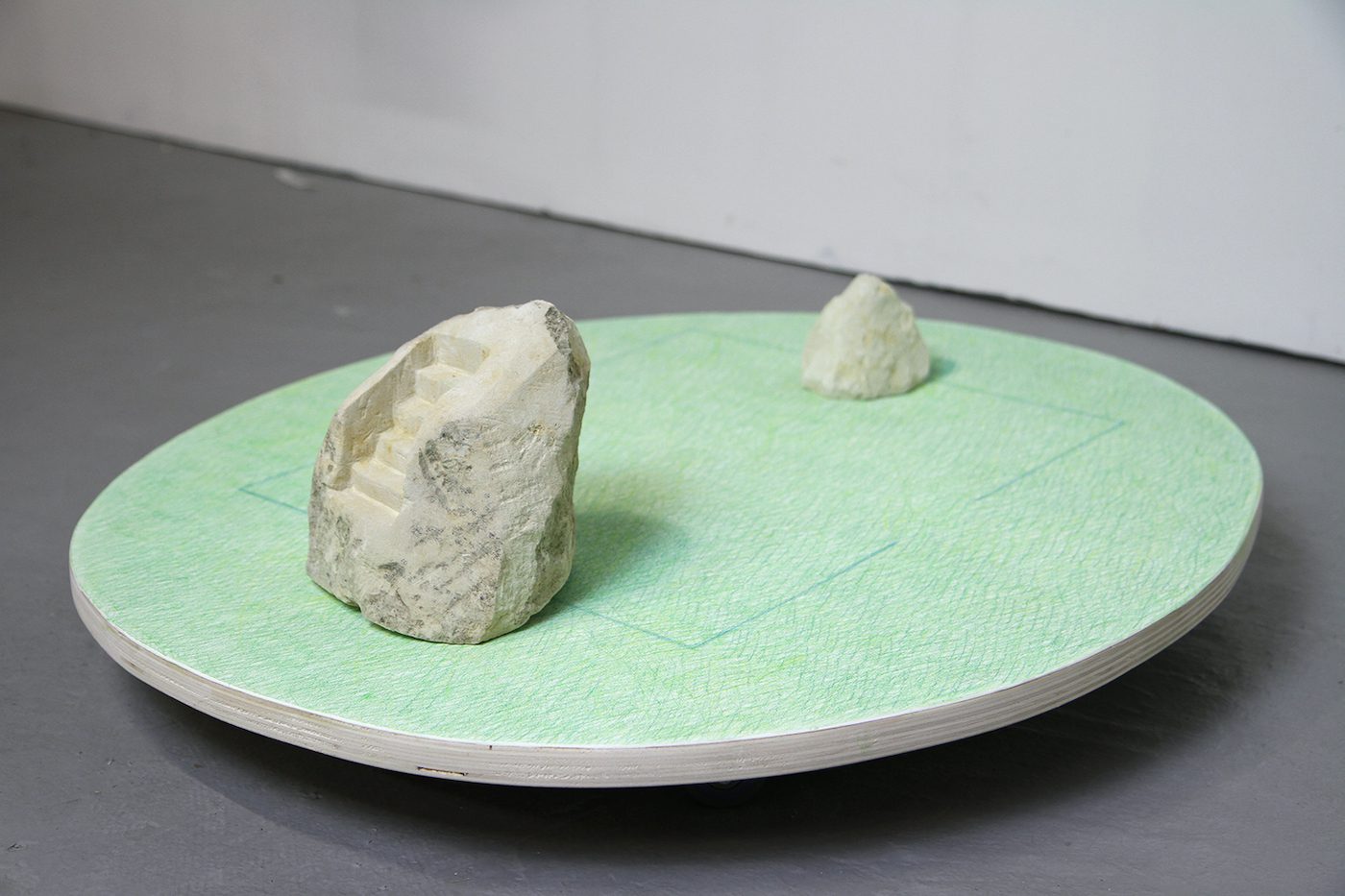 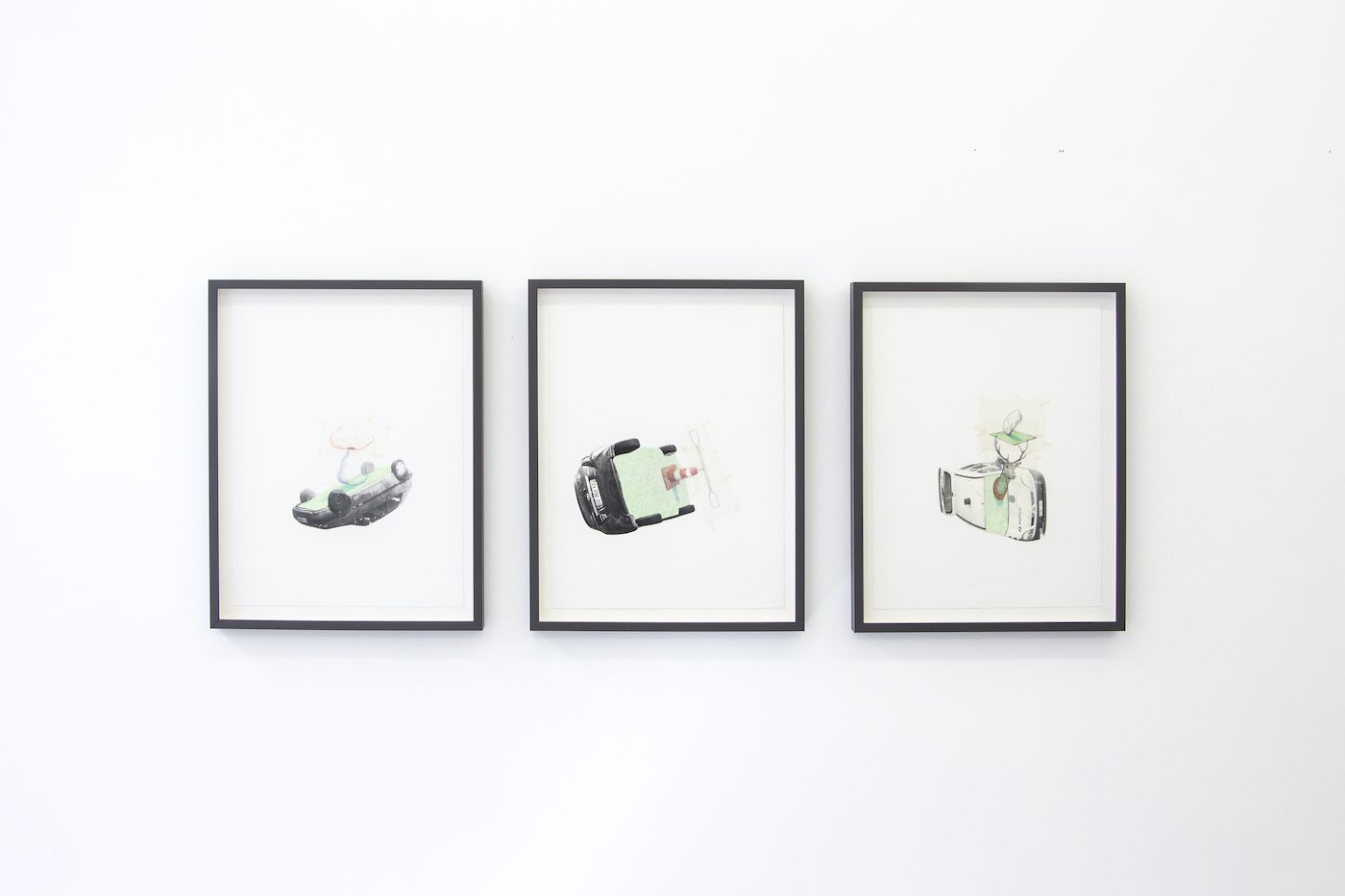 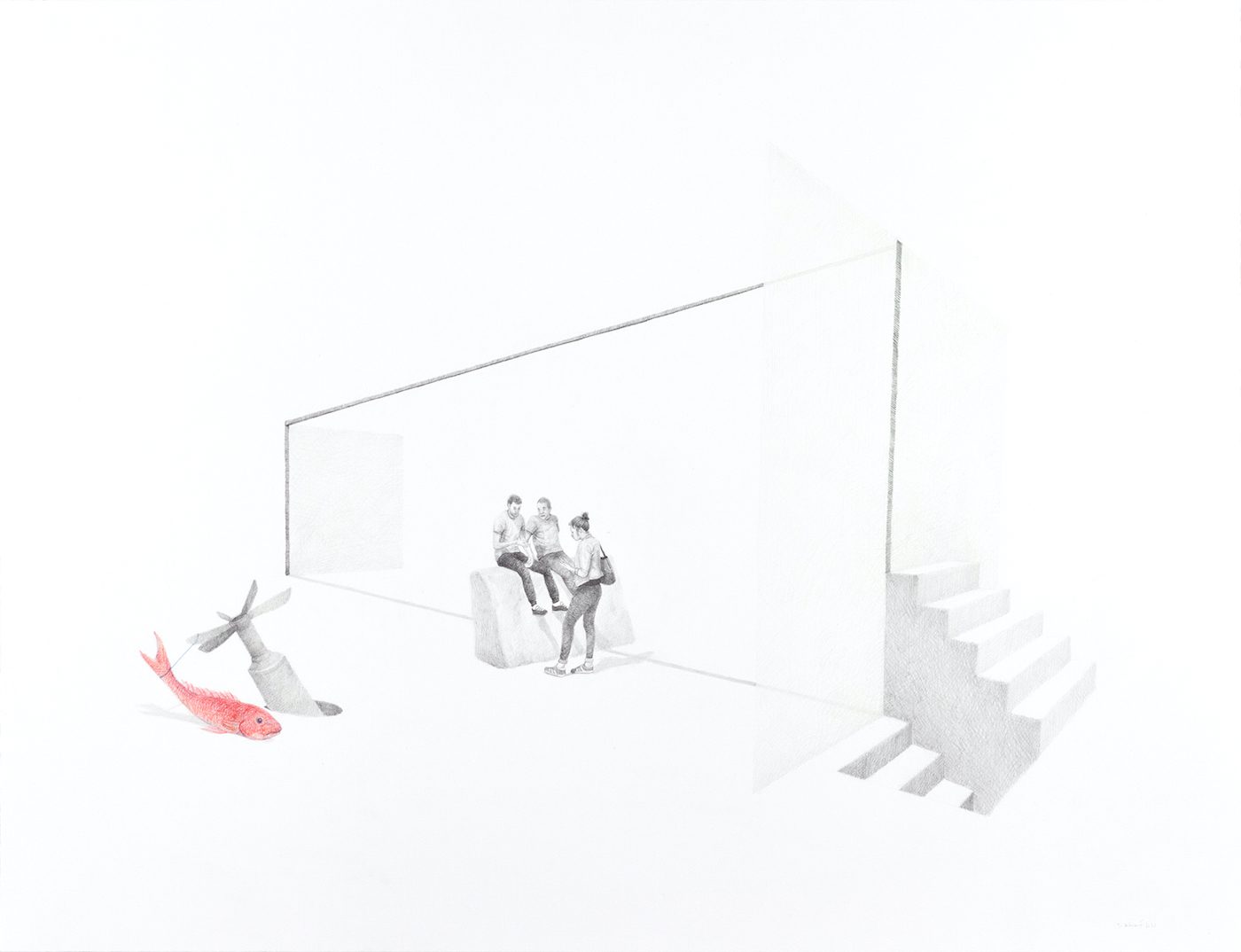 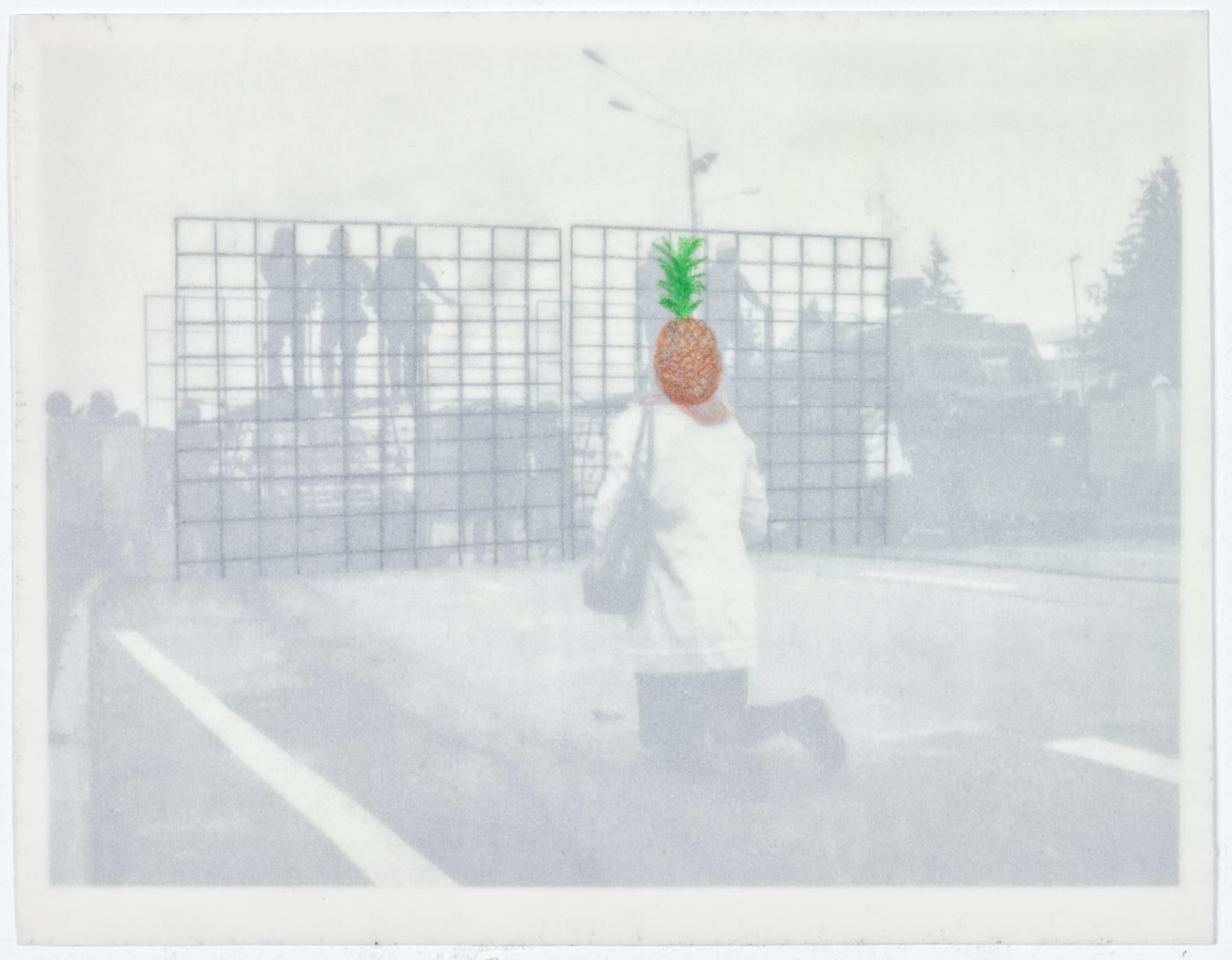 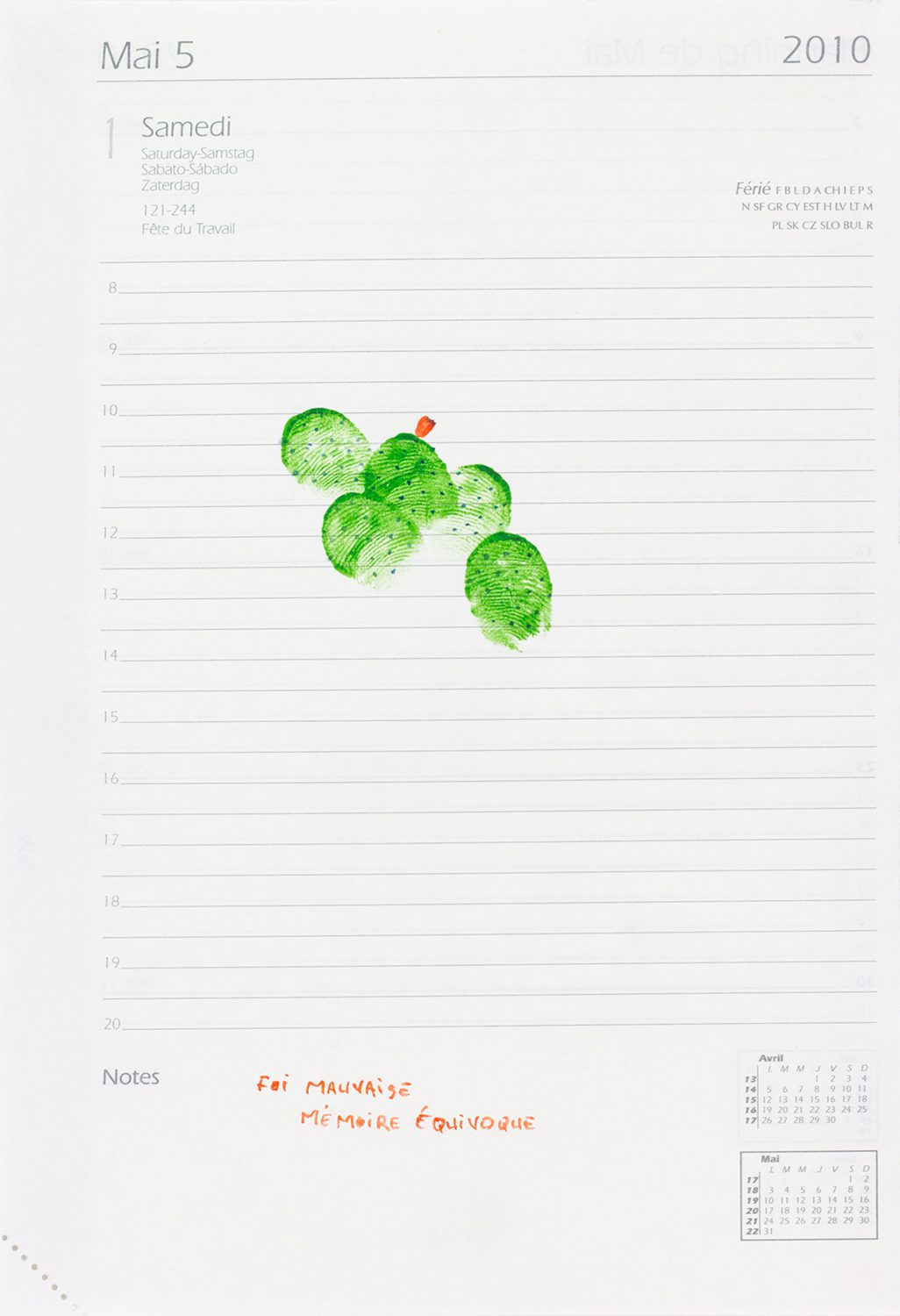 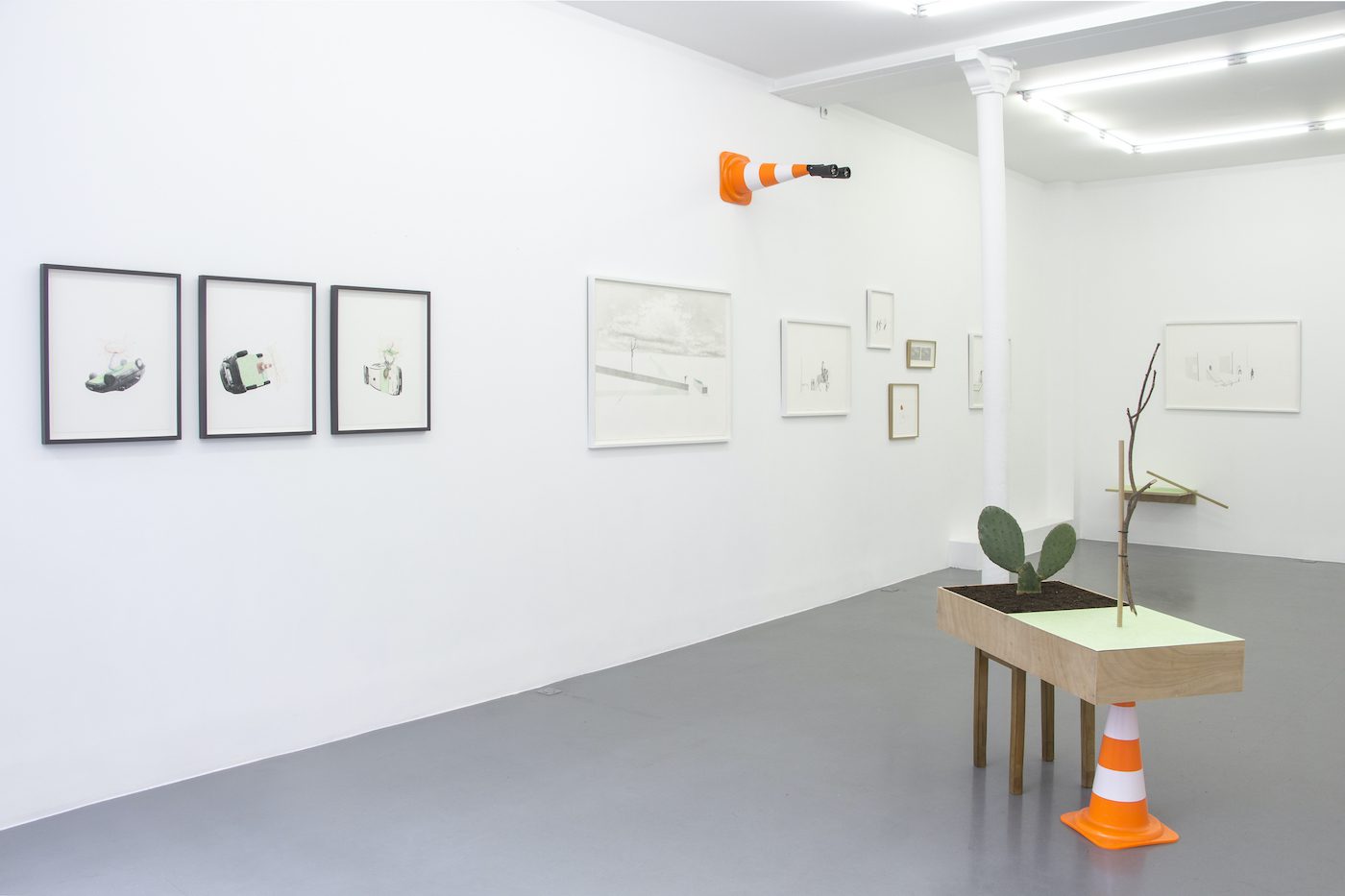 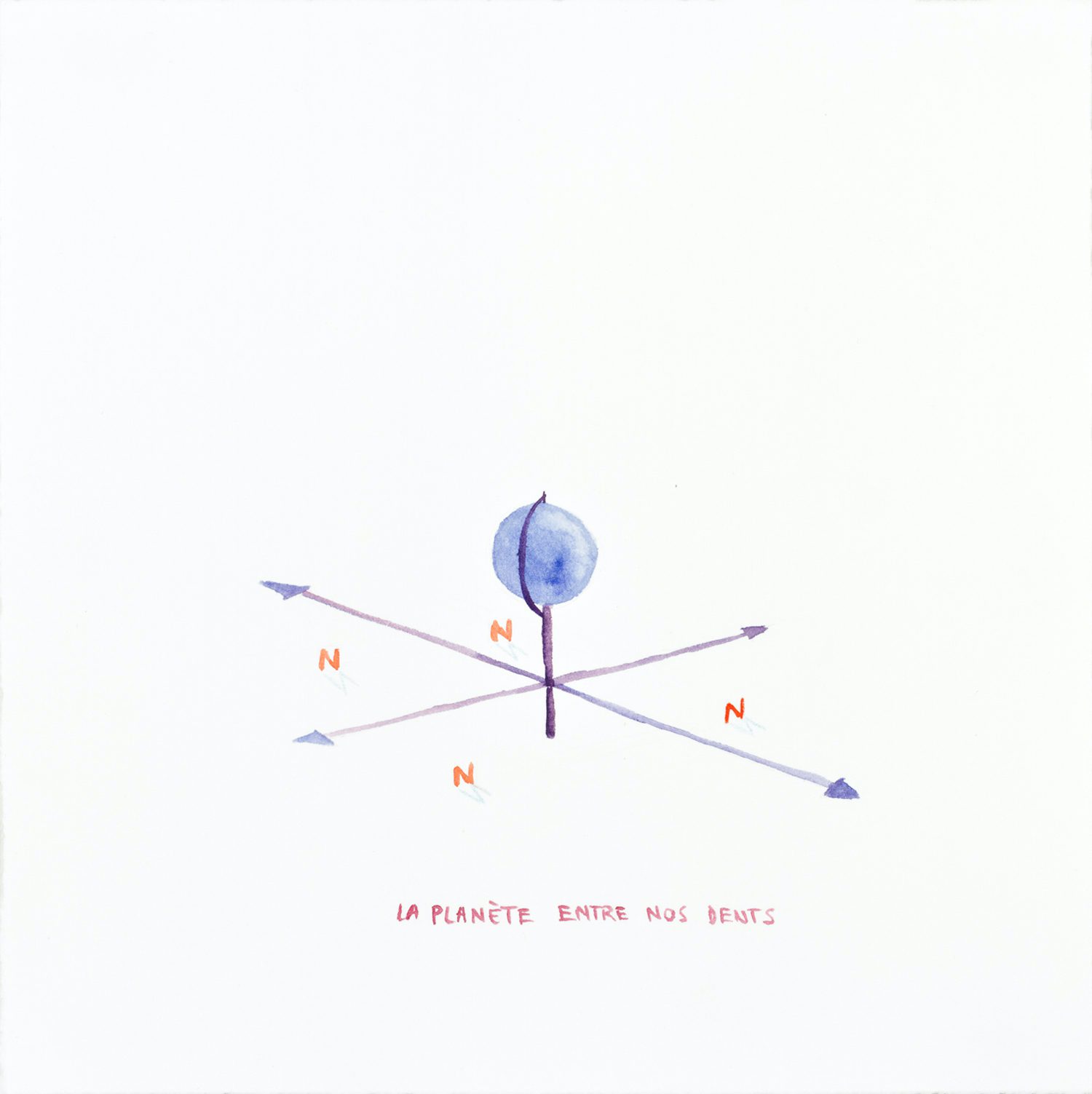 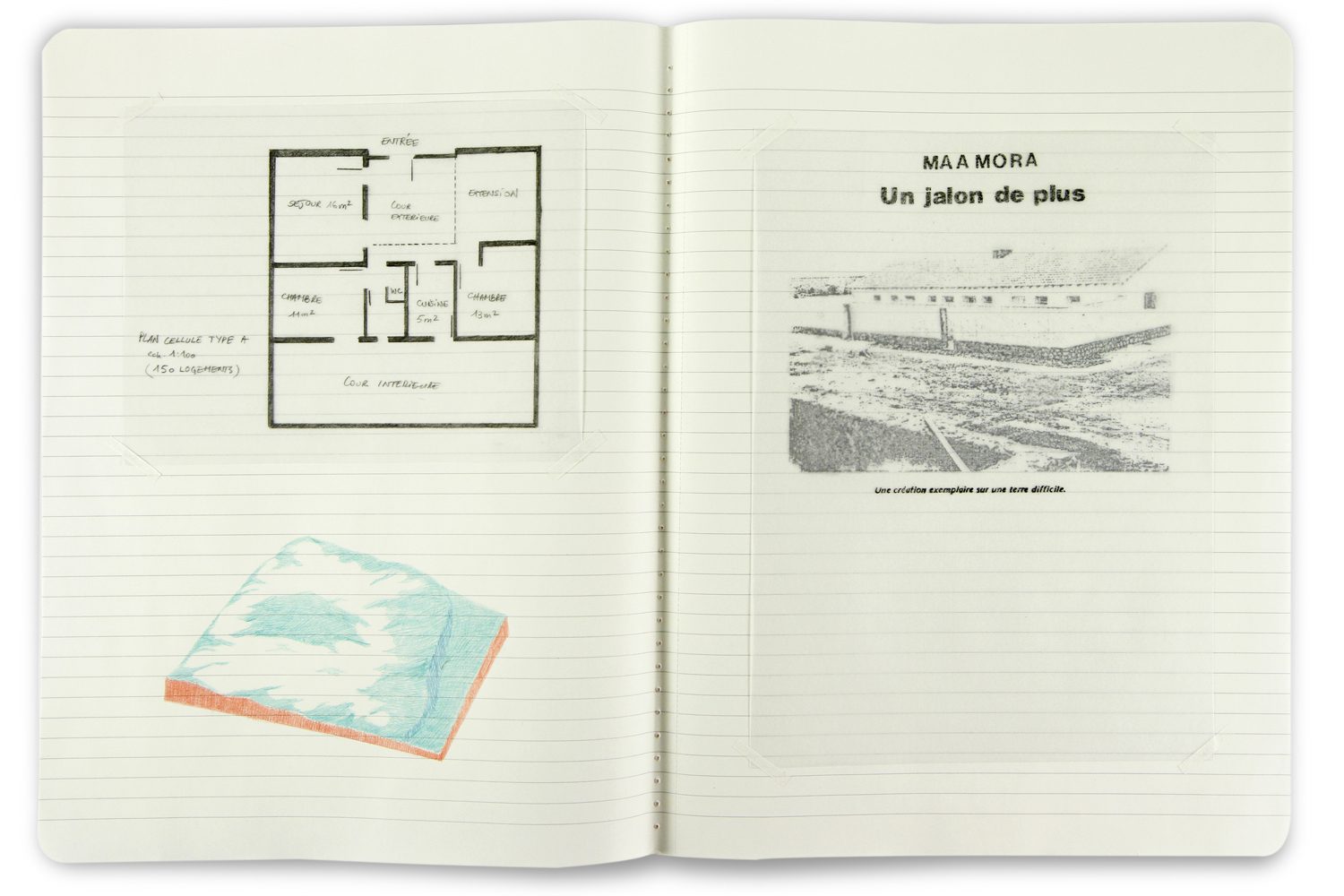 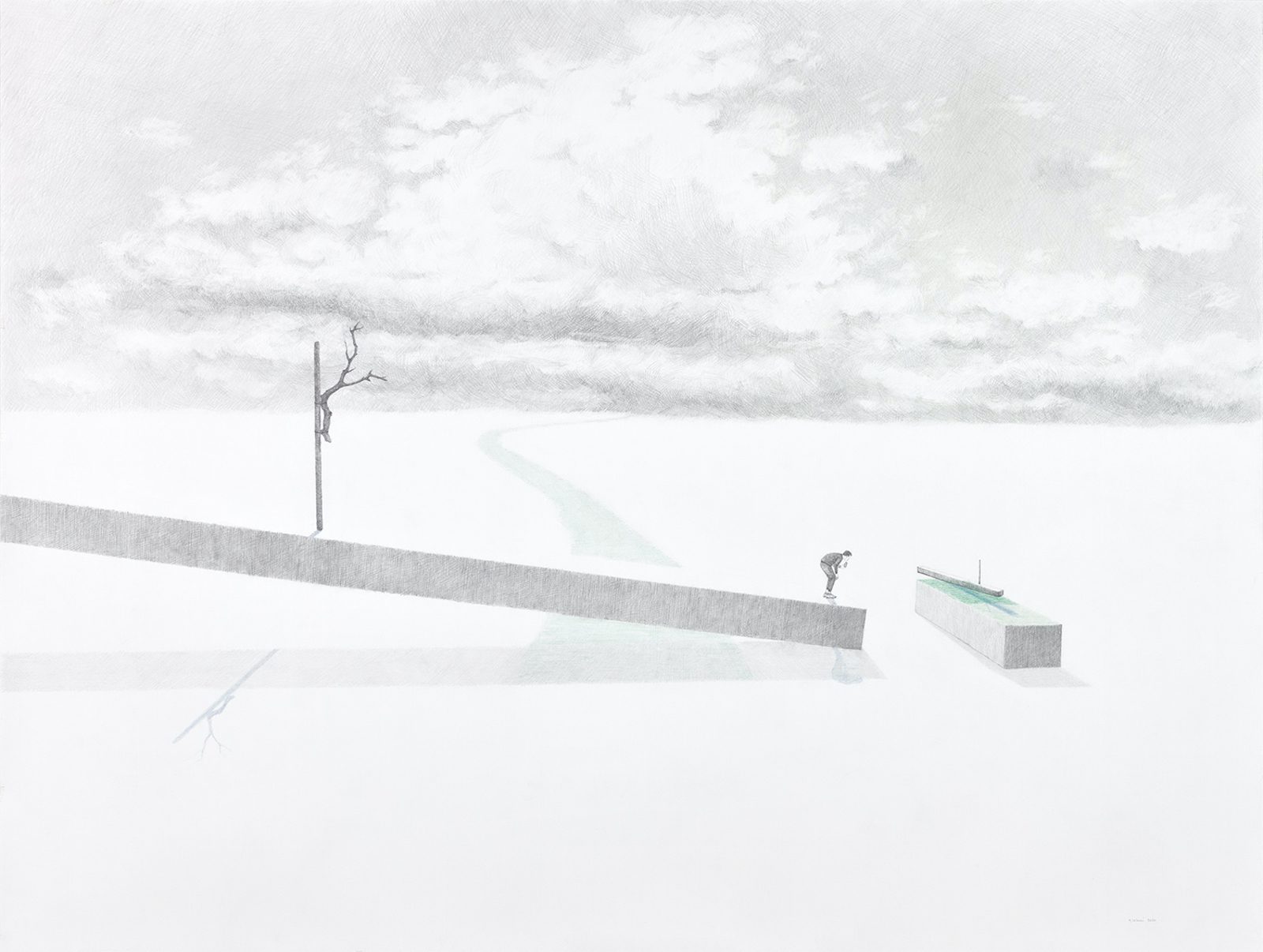 Our author Elisa Pierandrei talked to Algerian artsist Massinissa Selmani about his enigmatic and ambiguous drawings.

Massinissa Selmani: My looped animations display a mix of comedy and tragedy, both types of narrative being tied to the environment in which I grew up. The works I have created so far last for a few seconds; they are comic or absurd and make you laugh when you watch them for the first time. It is the mechanical repetition of these blocks that transforms the action into a tragedy. For example, I made one animation showing a man attempting to insert his voting paper into a ballot box. A man stands next to him and applauds. It is hilarious to observe that he keeps failing in the action. Now, imagine watching the scene on loop in an exhibition for the entire day. These short animations, of which I draw every single frame by hand, are also a way to explore the act of drawing and its different languages.

C&: Inspired by recent events, some of your apparently straightforward yet haunting works on paper take on a more political character. Can you elaborate on the traditional sources you use as inspiration?

MS: I consider my drawings as documentary forms entangled in a fictionalization process – my artworks are more about distant engagement than fierce militantism. Algerian history has inspired some of my work, such as 1000 Villages (2015), where I investigated the experiments in socialist agriculture undertaken by the Algerian government in 1973. I am also interested in socio-political issues such as the representation of violence and its perception through the media: signs, objects, postures, gestures, decisions, words, tales, and absurd or impossible situations that speak about violence. I have never been confronted with extreme violence in my life, but as a teenager I was living in Algeria during a civil war. And that has had an impact on me. Like many other Algerians from my generation, the feeling of being threatened is always there.

C&: How do you construct your artworks?

MS: Lots of my artworks come from fragmented newspaper photographs. I cut, juxtapose, draw on, and reproduce them in my sketchbook and the preparatory drawings. There are recurring elements or figures in my drawings, like, for example, military uniforms or, more recently, cactuses because it is funny to draw, and for me, this is enough to include it in a drawing. I draw enigmatic and ambiguous situations mixing comedy and tragedy. My practice consists of what I call “drawn forms,” aesthetic and graphic articulations that represent the unspeakable and often impossible. The architecture of the composition as a form of tale is also a fundamental element in my work. However, I ask the viewer to make an effort, and not everything is delivered.

C&: In a set of recent works, you used watercolors. Overcoming your characteristic palette of greys, you created subtle additions by including bright colors, and your drawings appear transformed.

MS: That is correct. I used watercolors when I was a teenager but I never created artworks with this technique for an exhibition. Colors add layers to my drawings. I use colors to capture the viewers’ attention and create a balance between the subject and other incidents.

C&: Textual fragments of poems support some recent works. How did you match words with images?

MS: I like to say that I use the surrealist method. There are words by Paul Nougé, an author I discovered as I have grown older. I like the humor in Nougé’s writing and photographs, the transformative power of his language and his exploitative attitude towards language. I used Nougé’s words to name my new sculptures, which echo the scenes represented in my drawings. Algerian francophone literature has also influenced my work, such as the poems of Jean Sénac. I find his writing very powerful. The title of the exhibition I am preparing at Anne-Sarah Bénichou gallery in Paris, Rien sinon du rêve au doigt (meaning in English “nothing but a dream on the finger”), is a tribute to his poetry. This verse is an excerpt from his poem Trouvure. Enigmatic and poetic, it carries an inevitable sense of violence. For me, titles are a part of an exhibition – they do not give any indication, they are voluntarily enigmatic and intriguing, and reflect what the spirit of the show will be.

Massinissa Selmani was born in 1980 in Algiers, Algeria. He lives and works in Tours, France and Tizi-Ouzou, Algeria. After studying computer science in Algeria, Massinissa Selmani graduated from the École supérieure des beaux-arts in Tours. His work was hailed by a special mention of the jury at the 56th Venice Biennale in 2015. In 2016, he received the Art [ ] Collector Prize (Paris) and the SAM Art Projects Prize for Contemporary Art (Paris). He has participated in several solo and group exhibitions in France and abroad.

Elisa Pierandrei is a journalist and author based in Milan.