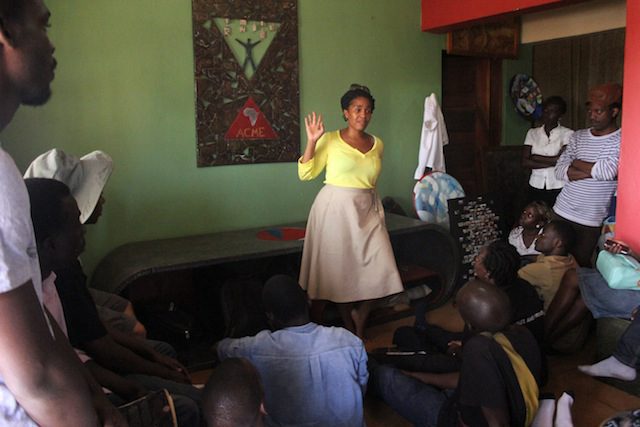 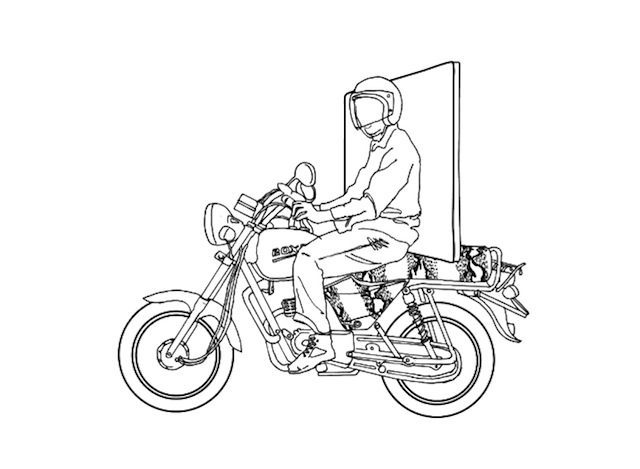 When the contemporary art project KLA ART 014 enters the festival phase in October, a month-long and extensive period of activities will reach its peak. The event goes public with three elements under the theme UNMAPPED: an exhibition at Kampala Railway Station, the Boda Boda Project, and an Artists’ Studios tour. The KLA ART 014’s curatorial team has embarked on exploring the issue of people in urban environments who work and live under the radar of societal perception and classification: street vendors, traveling craftsmen, women grilling corn on portable charcoal stoves, men selling fruit from wooden wheelbarrows along busy roads, and many others. Ten artists from Uganda and Uganda’s neighboring countries have been invited to respond to the topic. Their works will be shown at the railway station. For the Boda Boda project, twenty Ugandan artists have been selected to interpret the theme by transforming a motorcycle taxi into a mobile art project. The Artists’ Studios will map and organize visitors’ tours to artists’ studios in Kampala.

The KLA ART venture came to life only two years ago in 2012 as an unexpected child with many parents. Since then it has grown remarkably and some of the parents have rather become uncles and aunts, to allow the child to develop without too many people pulling it in different directions. At the time, the East African Art Biennale (EASTAFAB), founded 2003 in Dar es Salaam, had planned to have their exhibition travel to the East African member countries. When this plan was canceled for financial and managerial reasons, a group of eight Ugandan arts organizations (1) with diverse backgrounds and structures, governmental, academic, non-profit and commercial, jointly organized a new event in and for Kampala: KLA ART 012. Even though there was a common vision to create new physical and mental spaces for visual art projects and to reach out to different audiences, some of the aims and expectations differed in details due to the diverse orientations of the stakeholders.

The pilot kicked off under the title 12 Boxes Moving, referring to a dozen 20-foot shipping containers placed in (semi-)public spaces serving as exhibition spaces for twelve art projects. The first edition of the festival deliberately operated in the local environment by restricting participation to the Ugandan artists’ community and exhibiting outside the gallery space by opting for shipping containers that are common multipurpose structures in the cityscape. Artists were invited to reply to an open call and winning projects selected on the basis of proposals after a preparatory workshop. KLA ART 012 was a pilot, an experiment in many ways, conceptualized from the beginning as a biennial visual art festival with the objective of building and supporting sustainable alternative structures for artistic practice and debate in Uganda. An international jury had been invited to situate the festival and the individual works in a broader context. The targeted audience were the people in the streets passing by on their way to work or school. Interactive and participatory processes accompanied both the artistic production and the mediation programs.

The spirit and aims of the second edition, KLA ART 014, remain the same but the organizational structure has changed. 32° East | Ugandan Arts Trust has become the main organizer while most of the former stakeholders now contribute on a partner level. With this modified leadership, the focus has shifted towards intensified capacity development throughout the year. All members of the curatorial team have participated in workshops across the continent. The KLA ART 014 organizing team also partnered with the Bayimba Festival joining their events in smaller towns in upcountry Uganda to run artist workshops across the country.

Unlike most countries on the continent, Uganda has a relatively long history of formal art education and a growing number of art schools constituting a backdrop that new developments have to deal with. The School of Fine Arts at Makerere University traces its history back to the late 1930s when the British Slade-trained artist and teacher Margaret Trowell started teaching the first art students. Her educational philosophy to encourage an “authentic” African art has shaped generations of artists and educators. Later on, the educational turn towards the dominant Euro-American model of art education that her successor Cecil Todd implemented in the 1960s was just as momentous. Breaking free from restrictions that come with institutionalized learning environments in the post-colony in a direction allowing for alternative theory and practice formation is an important process. Interrogating the paradigms of artistic production and curation in East Africa today and questioning how knowledge about art is generated and disseminated, how the past informs the present, are some of the issues up for discussion at and around the festival. Until quite recently, exhibition making in Uganda was commonly limited to the organization of mainly solo shows with little or no critical curatorial framework. The layout of KLA ART as a format manifests itself as a framework that allows for different enactments. KLA ART 014’s vision has grown from the aim to open up spaces for new artistic projects to also unlock new curatorial perspectives. In recent years, art from Uganda had lost its visibility outside the borders; contemporary cultural activities including KLA ART have given the country a bolder re-entry on the artistic map.

Katrin Peters-Klaphake is the curator at Makerere Art Gallery/Institute of Heritage Conservation and Restoration, Makerere University, Kampala, and co-initiator of the KLA ART project