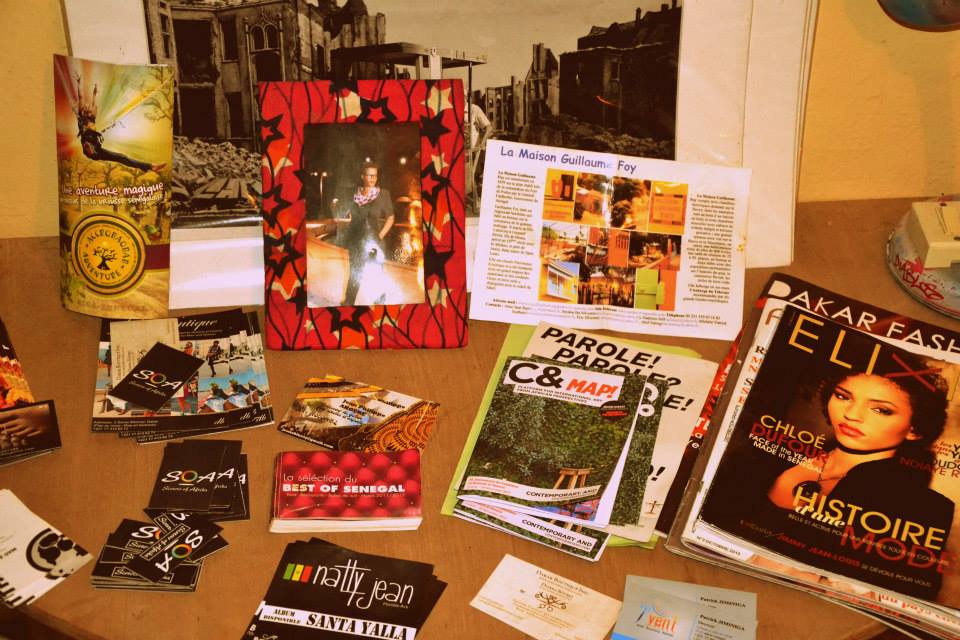 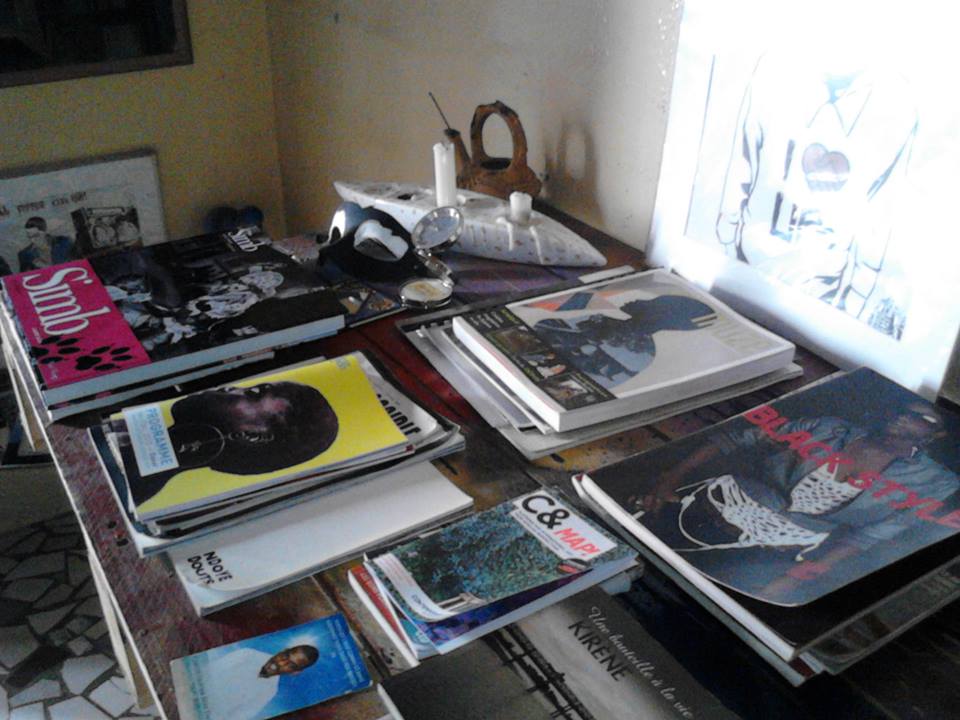 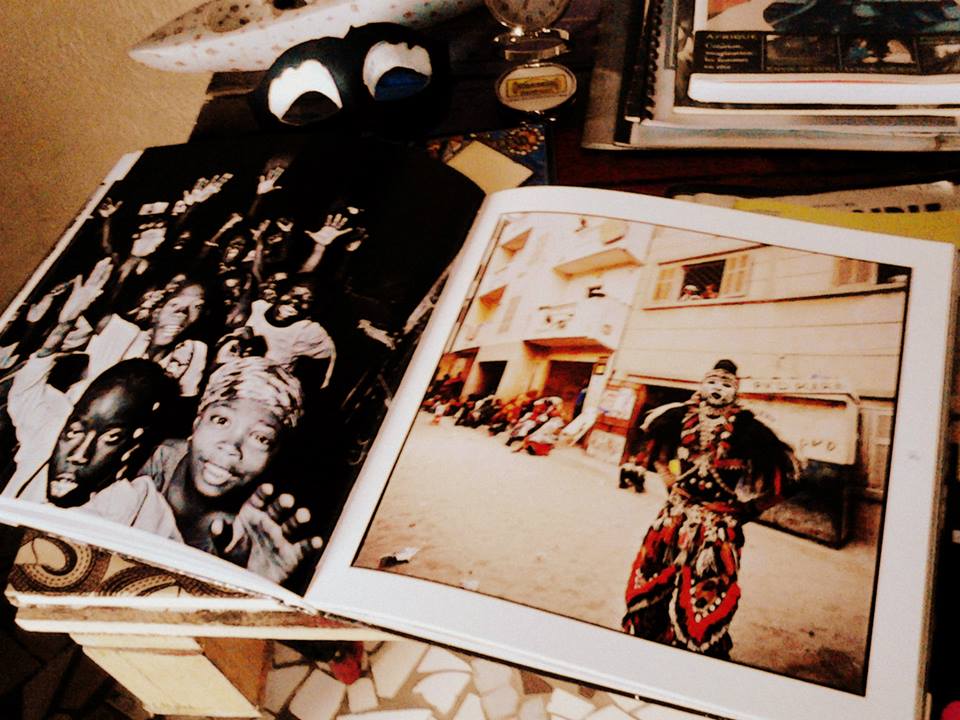 Take a look into libraries and book collections holding some of the rarer and often forgotten publications, which are nonetheless essential to the discourse on both sides of the spectrum. Featured this time: the library of La Boîte à Idée in Dakar.

La Boîte à idées (the Idea Box) is a little house nestled in the heart of Gueule Tapée, a working-class neighborhood in Dakar. I have been living in this house for almost two years now. It is a place for sharing ideas and is open to everyone. La Boîte à idées is a different place depending on the time of day or the people who find their way here. The space has also evolved over time and as a function of the kinds of projects that have been realized on its premises.

I opened the doors to this living and working space to allow people interested in culture, the curious, or those who simply wander in to participate in the Wakh’Art universe over a cup of coffee. True to its name, La Boîte à idées has hosted numerous encounters and exchanges, which have given birth to an abundance of projects in this creative space. The house also functions as an exhibition venue, housing different works by artists with whom I have collaborated or who have simply given me pieces.

Today I would like to share with you some of the works that are particularly important to me – because of their history, their content, or simply because they arrived at a moment when I needed them most.

Allow me to introduce you to my library.

The Boîte à Idées library is divided into three platforms.

The second platform is comprised of local women’s magazines. Here you can find Actu’elle and Elixir, but also certain international design and interior decorating publications, such as Elle Déco, IDEAT, or Maison et Décoration. You can also find, scattered here and there, flyers and business cards left by artists who have passed through. There are also news magazines like Le Monde Magazine or Le Courrier International.

The third platform is my favorite. This is where I display works or catalogues donated by artists I’ve met through my cultural platform Wakh’Art. There are catalogues from Senegalese artists such as Solly Cissé, Ousmane Sow, El Hadji Sy, and Ndoye Douts, as well as a good number of works by artists from Berlin and Madagascar. A few art magazines are also part of this little collection, notably Beaux-Arts, Muze, a special issue on Gustave Courbet, and Black Style. The library also has some albums by local artists; currently you’ll find Rosso’s compilation En attendant l’Album and Flexy Jilly’s first record. Works from around the world are made available here to everyone, for young and old to enjoy, under the watchful eye of Aicha, the rag doll.

I love my library and it is a great pleasure and joy for me to see young people from the neighborhood or executives on their way home from work getting lost in the books. In order to protect this small collection, the works can be viewed at Boîte à idées but cannot be checked out.

SY Ken Aicha is a trained graphic designer and cultural producer based in Dakar. She is the founder and artistic director of the cultural platform Wakh’art.