Take a look into libraries and book collections holding some of the rarer and often forgotten publications, which are nonetheless essential to the discourse on both sides of the spectrum. Featured this time: Bookstop Sanaa Art Library in Dar es Salaam.

Bookstop Sanaa is a newly opened art library and creative learning hub in Dar es Salaam, Tanzania. The collection aims to cover the wide spectrum of the visual arts from painting to installation to theoretical texts. A significant portion of the library focuses on art from Africa and the Diaspora to inform and stimulate local practice. The library is of primary service to art students and self-educated artists. 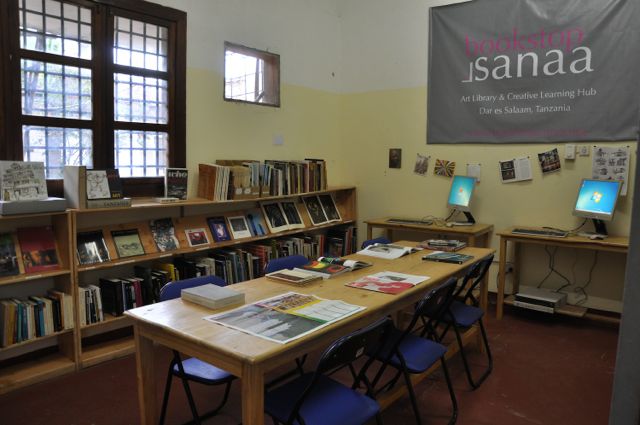 To encourage use of the library, we are organizing informal talks, workshops and events with our educational and cultural partners in Dar. This is to ensure that Bookstop Sanaa’s collection of books reaches and engages with its audience to strengthen the voice of contemporary art practice in Tanzania and support its development.

The library has been established in response to calls from artists, students and researchers. Access to good material on contemporary art and books that reflect Tanzania/East Africa’s own artistic history has not always been readily available. In an attempt to provide a solution to the problem, heritage educator Sarita Mamseri decided to set up a library in Tanzania’s main city of Dar es Salaam starting with her own collection of art books in London, UK. Book donation calls went out to her colleagues in the UK cultural sector. This was followed by fundraising treks in order to purchase specialist texts and then ship the books to Tanzania. The response from individuals and organisations was tremendous and enabled Bookstop Sanaa to soft launch in February 2014 with near 400 art (and related subject) books and journals.

The journey has been not without its challenges. Navigating through the legal bureaucracies of company formation and charitable status, chasing shipping agents for the release of books from customs, and physically setting up the library on a shoestring budget were just some of the obstacles to work through. Despite this, Bookstop Sanaa has been riding on a wave of momentum that culminated in our official launch at the end of May 2014. So, the journey is just beginning!

This catalogue of modern and contemporary art in Tanzania is a very valuable contribution. It documents a particularly dynamic period; one that catapulted the nation’s most famous artist thus far, George Lilanga, to the international stage. Along with artwork from some of Tanzania’s most notable artists, there are also interpretative texts and rarely seen photographs of Dar es Salaam’s historic art center Nyumba ya Sanaa in its heyday. Frequented by President Julius Nyerere and visiting heads of state, it highlighted an era when art and culture were of prime national importance. 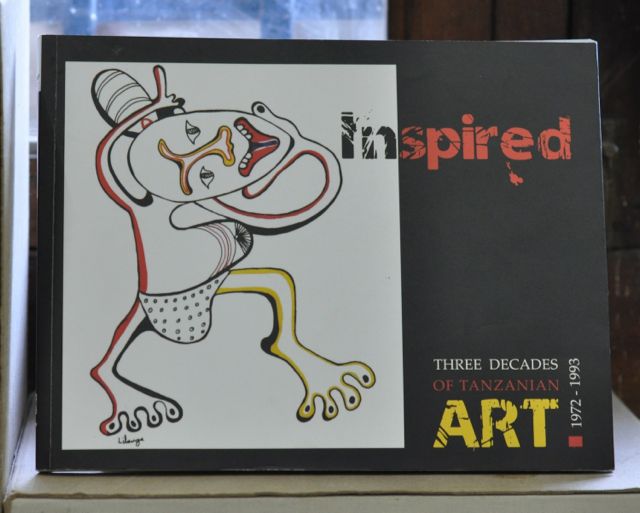 We were gifted a great number of the literary and cultural magazine TRANSITION. Founded in Uganda by Rajat Neojy in 1961, the editions in our collection range from 1962 to 1974 and cover many of the epochal moments during Africa’s years of independence. From a visual art perspective it documents hard-to-find contemporary art by Tanzanian artists and articles written by Tanzania’s founding father Julius K. Nyerere. The front covers alone are exceptional for their stunning visuals.

This book provides informative essays on art and material culture in eastern Africa expounded by artists, scholars and writers. It provides strong evidence against the old adage of there being no art in East Africa by demonstrating a breadth of art styles and mediums and challenging the constructs of what is considered art. A highly necessary critical anthology for the region and beyond. 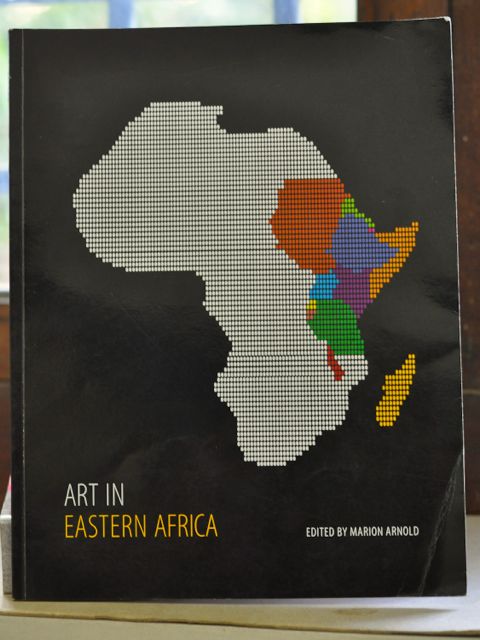 Street Level: A Collection of Drawings, 2012

This is a vital book for a variety of people and professions. Everybody hears about the rapid pace of development in African nations. But what is happening to the multicultural buildings in these cities? How are they being recorded for posterity? Tanzania-based artist Sarah Markes has documented many of Dar es Salaam’s buildings that reflect the city’s rich mixed history of cultural heritage, be it of Swahili, German, Asian or British influence. Detailed drawings and illustrations of these sites are of great historical significance now that many of these buildings no longer exist. 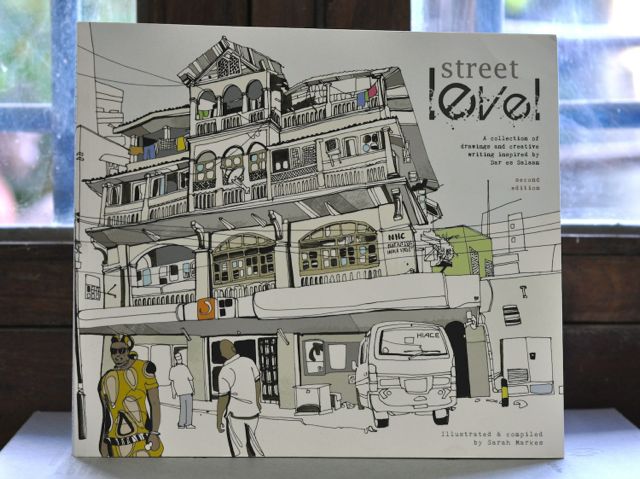 This book and magazine to accompany the National Museums in Berlin’s 2010 exhibition Who Knows Tomorrow is a literary and visual treat. The exhibition presented work that asked questions of African nations’ global positioning and weight politically, economically, socially and historically. Five internationally recognized artists of African descent displayed their work in and around a number of venues including a de-sanctified church and the National Gallery. The book contains excellent essays and articles reflecting on the artwork and issues by a range of contributors including Chimamanda Ngozi Adichie and Dambisa Moyo. The broadsheet-sized magazine contains interviews with participating artists including El Anatsui and Zarina Bhimji and is a great magazine for the occasional library user to dip into and discover contemporary art. 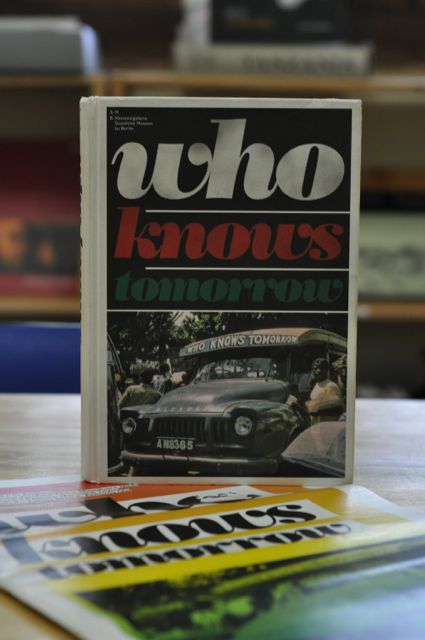 Sarita Lydia Mamseri is the founder and co-director of Bookstop Sanaa Art Library.