Kapwani Kiwanga’s artistic career began with proper documentary filmmaking in the early 2000’s. Works like Bon Voyage (2004) portray in highly aesthetic film language the lives of Black migrant workers in Paris. Subsequently she broke with film – for a while at least – and opened up to new forms, narratives and spaces. Since then, she has established herself as a lecture-performer to entertain, school and challenge her audience with a mélange of academic rigorousness, imagination and humor.

Magnus Rosengarten: I think the word performance is being used inflationary these days. This doesn’t necessarily have to be a bad thing. But how do you define it?

Kapwani Kiwanga: I feel like an impostor somehow because I don’t consider myself a performer. Sometimes I consider myself an artist and that is a term I struggle with too. I guess I am someone who likes to transmit ideas and thoughts, propose new forms. When I do performances I create a story that people can reflect on. I don’t really feel proprietary of the form performance. It happened by accident. Someone had invited me to do a performance and I had never done one. I had previously conducted all this research and created a lecture performance based on this research. 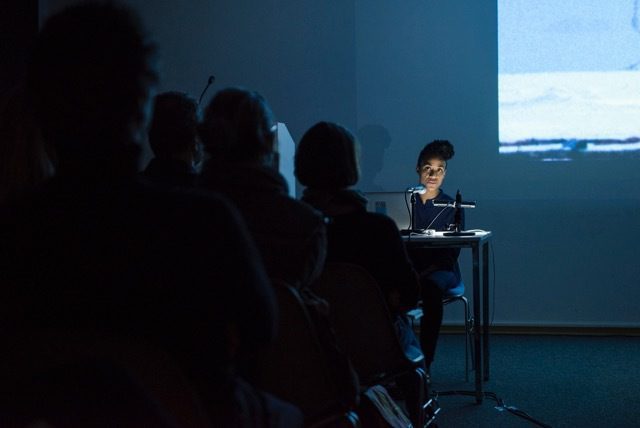 MR: But tell me more about what it feels like to have your body live on stage, inevitably transmitting information to an audience.

KK: This is very interesting because my body isn’t very present. It is more my voice. I don’t work with my body in the space very much. It is something that is slowly developing the more performances I do. I think I never deny the different power dynamics that happen with various bodies on stage. For me, being a female body of mixed ancestry, I am always aware of how that can be read in different spaces.

MR: Let’s go back to your voice then. How and what do you use it for?

KK: I play with the voice of authority. Being the conservator of a museum, being an anthropologist from the future, someone with some kind of power. That is always to undermine the whole voice of power. Also the authority of stance, I am often sitting at a desk, the rigidity of my entire body, the constrained movements I make. And all the gestural codes you find at a lot of conferences.

MR: But how do you create new forms, different narratives without becoming too rational, or too academic?

KK: I always include this slight moment of, is this really reality? These are moments where you actually have a textual shift. The element of humor is quite important. My goal is always to unsettle hegemonic narratives and give voice to fantastic, false or marginal ones.

MR: You are a trained anthropologist. How does the expertise influence your art practice? I imagine it is a problematic field.

KK: Yes, it is. Anthropology, like every other cultural artifact, is contaminated by histories of oppression and power. I am no longer a purist in terms of rejecting these things. I think we have to work with the things that are problematic. One doesn’t have to be afraid of it but can reuse it as another cultural product to appropriate. Going back to performance, it is a question of appropriation and incorporation. Everything is filtered through one’s body and one’s mind and any idea is then incorporated by me and transmitted in a different form.  Anthropology is very present in my practice in terms of methodology. I read a lot of social science texts as well as “pure” scientific texts. The methods employed by social science, being in the field, on the ground, observing, that is quiet important to me. 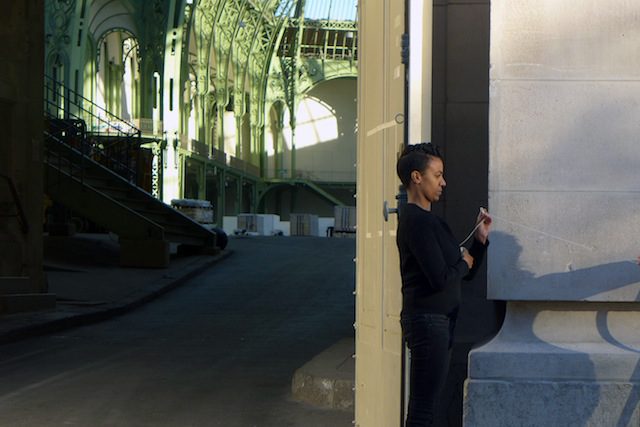 MR: How then do you think can the works, lives and complex identities in the Diaspora be made more visible?

KK: I think what is key is to be sincere to oneself and one’s experiences. And believing in what you have to say is important and should be part of a larger conversation. The multiplicity is important. When I create a piece it is often something I myself would like to see, and if people are going to ask questions like if this is really going to be an African piece it is someone else’s problem. It’s not mine. I don’t always have to intellectualize it. It is about the multivocality because we should all be sitting at this table. Some have more power. And I think things are changing slowly. In France, where I live, ten years ago I saw very few female artists who had solo exhibitions and I see more of that now.

MR: Anything exciting planned for the future you haven’t shared yet?

KK: In mid-April I will be doing a show in the South London Gallery. It will be a new chapter of what I had done at the Jeu de Paume Gallery in Paris regarding the Maji-Maji war (1905-07 uprising against German colonial rule in what was then Tanganyika). Because it is such a rich and complex historical moment that not a lot of people know about, I would like to pursue it more. I will be using cultural interventions around this historic event, plays and poems for example. There is a theatre play written in 1970, and this is going to open a door for more performative and sound work.
Kapwani Kiwanga, A Memory Palace, January 30 – April 4, 2015, Tanja Wagner, Berlin