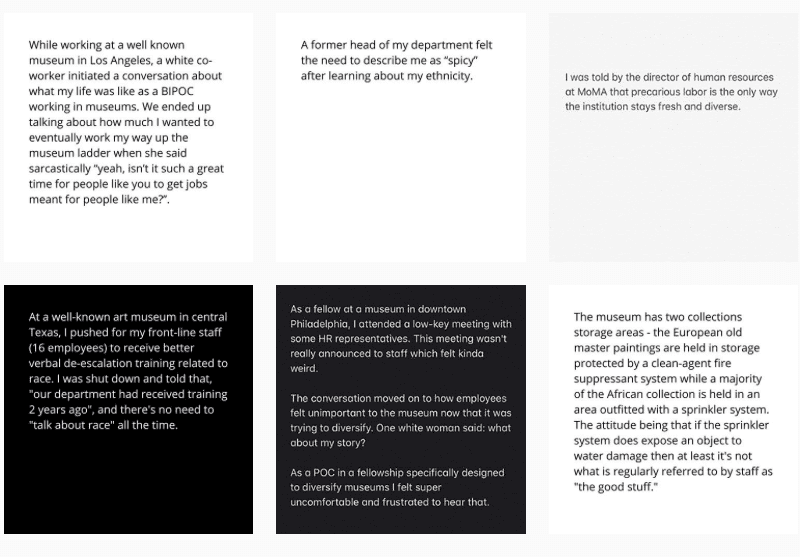 Screenshot of Instagram account #changethemuseum "The @changethemuseum Team—a small, intersectional group of art workers and artists—is committed to protecting the anonymity of submitters, as well as the identity of those individuals facing discrimination who are mentioned in shared stories, and who could be identified."
1/2
1/2 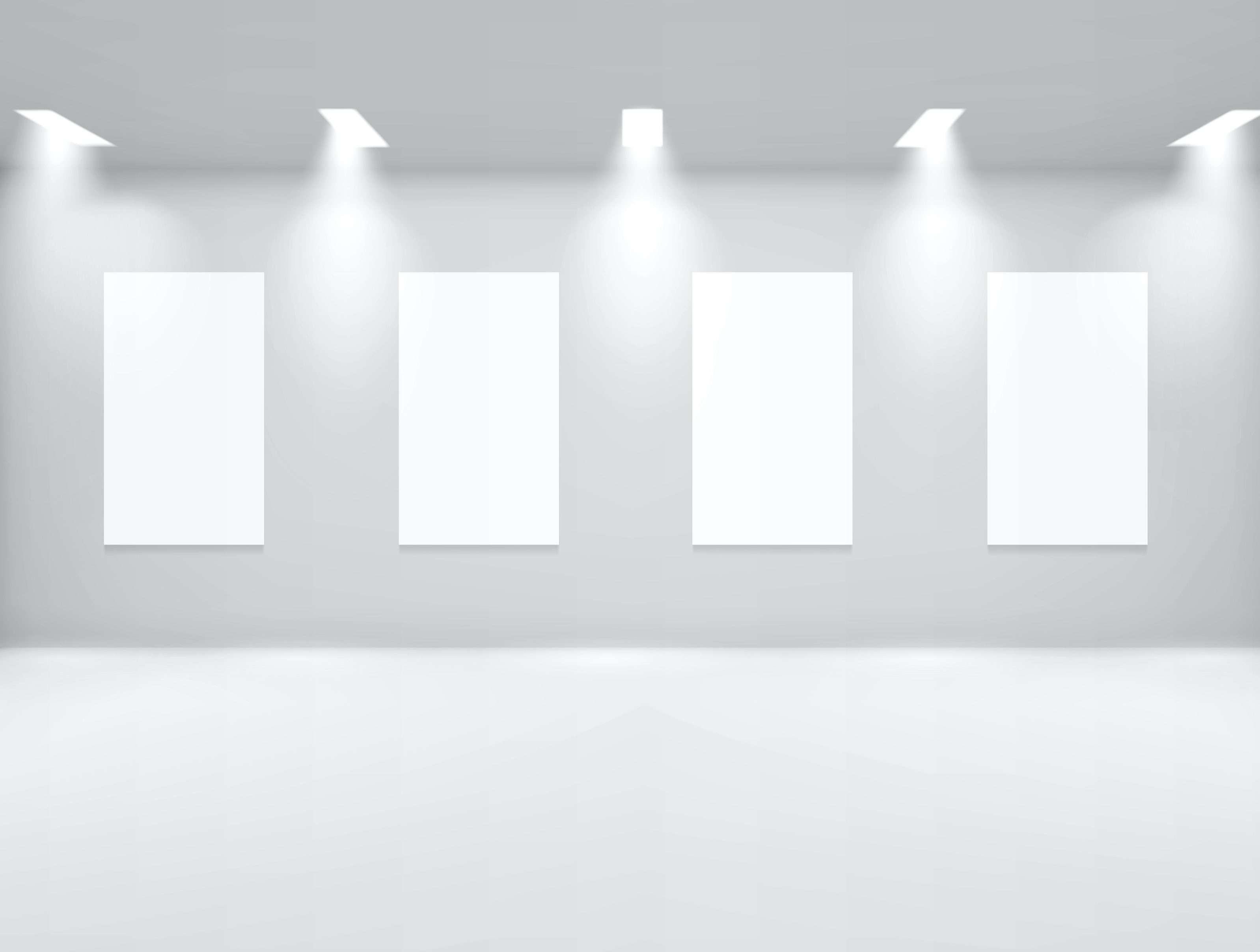 Countless voices of persons currently working in the cultural field find a platform on #changethemuseum to speak out about unchecked racism. Many young cultural workers decided to remain anonymous to protect their career. Miriam M’Barek also wondered whether she should name the renowned German exhibition space where she did an internship, and decided against it. This underlines how much remains to be done to change the structures within our cultural institutions.

Shocked by the images of violence coming from the US, you post expressions of solidarity while rearranging your own images of violence in your museums. However, there’s a connection. Our collective imagination of blackness kills black people. (1) While you are horrified as you look at the outside world from inside of your institution, the existence of your images speaks of concepts, of conditions that ensure that such works make it into the exhibition space, that it is possible for their symbols and their potential to violate to be overlooked. The way you handle the critique of these conditions reveals how much you are actually prepared to change them. It is only the physicality of violence that has shaken you up. Now you want to listen. Although everything has already been said. An inexhaustible amount of material, of commentaries and analyses has been conveniently packaged in hours of unpaid work and placed in front of your institutions. The hollow gesture of solidarity on #Blackouttuesday shows how little you feel you are a part of this, how little you understand racism as an all-encompassing structure and how you use displays of solidarity to improve your public image without really wanting to involve marginalized groups.

Let us talk about solidarity. Where was yours two months ago?

I work as an unpaid intern in a museum. In a current exhibition, I notice a work that reminds me of colonial representations of Black bodies. Expressing this as a question, I talk about it with staff members of the institution. Even before I speak of racism, I am confronted with defense mechanisms and demonstrations of power. I am told that “a diversity of opinions” is welcome here. What I am not told is how tight the time frame for this “diversity of opinions” is. It soon becomes clear that it is the white institution that decides on the rules and formats, i.e. who is allowed to speak, how and above all for how long racism is discussed. I am constantly told I need to refer to legitimate sources for my critique, while at the same time I am working on funding applications referring to a “decolonization of the institutions”. Then again I am accused of being unable to take on a neutral position, of not accepting other interpretations of the work. It is implied that my perspective is the result of feeling personally insulted and that I am infatuated with my own racist narrative. I try to find new ways of expressing myself. But in the end it is only the possibility of me being affected that is seen as a valid argument, which in some discussions provides me with qualifications that I am denied in others for the same reason.

The critique itself is identified as the problem, there is the implication of an accusation which the artist that has created the work must now dispel. Although it has long since ceased to be just about the object itself, an interview is hurriedly organized. They say that in the end it’s the intention that matters. The interview, which is forwarded to me as the supposed solution to the problem, contains, like the work itself, a description of racist concepts of Black bodies. This interview is now being imposed on me as a response to my critique. Further attempts to discuss the matter lead to controversy and escalation. I no longer feel like talking about it. I am glad that my internship is terminated prematurely due to the corona pandemic. I realize that my critique is an assault on the self-image of the progressive cultural institution.

I write a ten-page essay about my experiences in the institution and forward it to the directors. While I am writing it I receive a below-average reference. This is the only remuneration for my internship and a determining factor for my future career opportunities. Except for the reference, to date I have not received a response to my text, no apology, not a word of thanks for the additional educational work I provided them with. So this is what happens when you question a work for its racism.

Niceness is not an anti-racist practice. Because that’s also over as soon as one doesn’t agree with your work. While you learn to write better statements, the actual work is not being done. You could have taken advantage of the chance this concrete case provided you with. Exemplifying how institutions can productively deal with critique, you could have actually made processes of critique and unlearning visible. Instead, you tried to rid yourselves of the criticism.

I no longer need an apology, what I need now is a much more radical and concrete practice of critique on all levels. It must be possible to discuss one’s own contradictions, uncertainties and ambiguities without having to worry about them being used as arguments to invalidate the entire critique. It must be possible that a first uneasiness in your spaces, a first inkling of injustice, however unsorted, can have as much of an effect as a publicly expressed critique.

Miriam M’Barek works between art, politics and its criticism. She focuses on contemporary culture at the intersection of race, gender and sexuality – and involves in institutional criticism and artistic research on post-migrant identity politics.