How Zimbabwean Women Achieved Their Struggles for Independence Through Resistance Songs

The underrepresented Zimbabwean Guerilla Women’s Rebellion played a key role in the country’s resistance against colonialism in 1980s. Their Anti-Colonial Songs of the Second Chimurenga (Zimbabwe War of Liberation) expressed the hopes of the revolutionary resistance movements and blended old and new resistance narratives. Here, we look at how their successful liberation efforts got shortchanged in the fight for gender equality and against the colonial regime.

Redrafting the image of Zimbabwe – from colonization to political-constitutional decolonization and independence in 1980 – was the driving force of the guerilla movements that emerged in the course of the liberation struggles. An overview of women’s involvement in Zimbabwean history, in the anti-colonial struggle and the African nationalist movements, provides the backdrop for a review of the nationalist protests of the 1970s that goes beyond the Western feminist discourse. The status and role of women in 21st century Zimbabwean society cannot be understood without knowing about their actual contribution to the liberation struggle. What was their status during the war for liberation? What happened to them? Did they fight against colonization and patriarchy?

In the historical view of the liberation struggles, Black female guerilla fighters of the Second Chimurenga (Zimbabwe War of Liberation) received only little attention. Twenty years after the conflict, the blanks in the historical narratives regarding the participation of women in the struggle for independence from 1964 onwards have been marginally reworked. 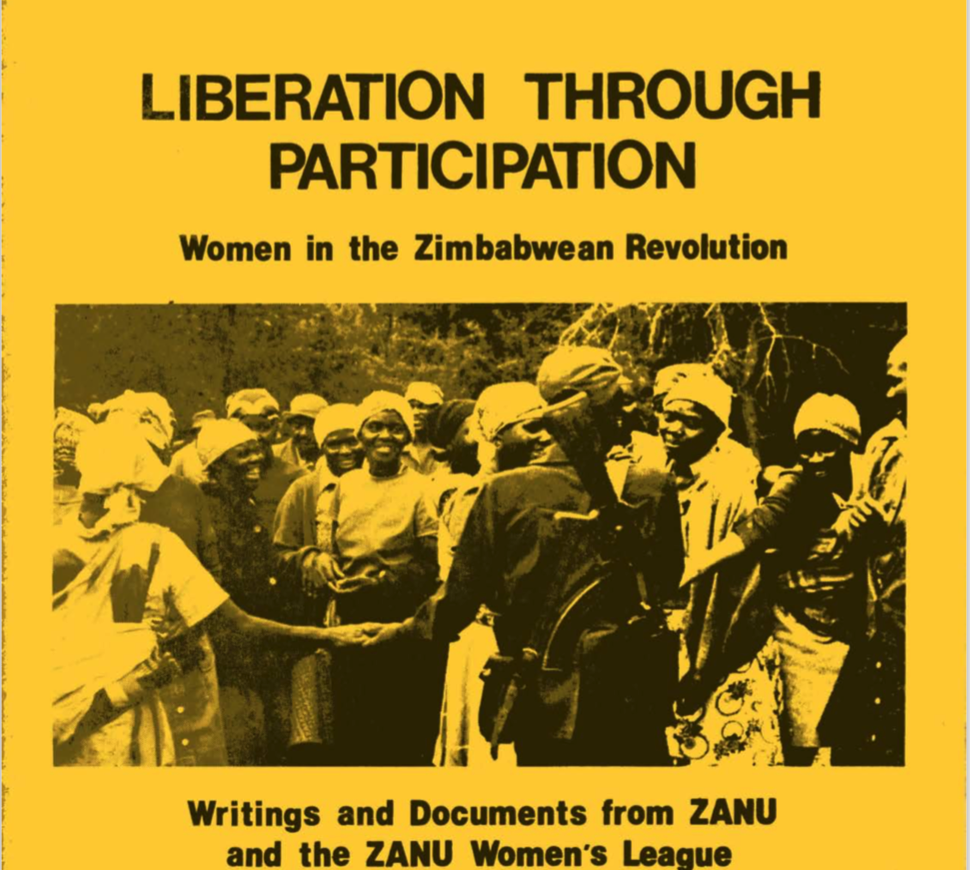 Who were these women that challenged the Rhodesian colonial regime? Their resistance did not only become manifest in their taking to arms but in many other ways in order to break with colonial institutions and to overthrow the Rhodesian regime in southern Zimbabwe. After all Black political parties had been banned in Zimbabwe in 1964, Black communities were increasingly calling for the abolition of the colonial system and the racialized policies that had been established by Cecil Rhodes in the 1890s. In the midst of political struggles, the ZANU and ZAPU parties spearheaded the formation of guerilla groups and an anti-imperialist movement, both of whom had the notion of a revolution that would overthrow the white minority’s colonial rule and replace it with a socialist society.

In the early 1960s, resistance groups were formed, with the ZANLA and ZIPRA guerillas (armed wing of the ZAPU) constituting the largest units. Both men and women were mobilized and sensitized for the negative effects of the internalized control mechanisms of colonialism and patriarchy. Those fighters wanting an active part in the process of establishing a new social and political order were trained under the leadership of male guerilla fighters in training camps in Zimbabwe and Mozambique. However, the participation of women in guerilla groups and military activities was not necessarily tantamount to a progressive gender policy. This motivated many of the guerilla women and girls to emancipate themselves from the guerilla groups.

The development of feminist action groups and their mobilization became a struggle for equality, participation of marginalized segments of the population in political decision-making processes, and the replacement of the Rhodesian colonial administration.

The demands for liberation were expressed in the Chimurenga songs that dealt with pre-colonial history, the traditions and the identity of the Shona minority living in Zimbabwe. The term Chimurenga comes from the Shona language and can be translated as struggling against all forms of injustice. It is said to have been coined by a forefather of the Shona people called Murenga Soro Renzou, who is well-known for his spirit of resistance in military conflicts in pre-colonial Zimbabwe. Both male and female liberation fighters used music as a medium and composed liberation songs also known as Chimurenga in order to be remembered in later accounts of the war. 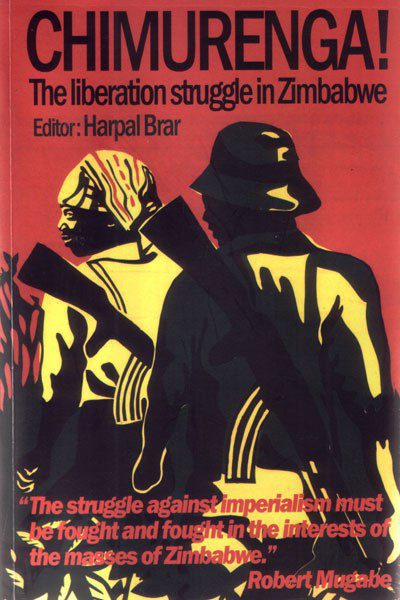 The Chimurenga dances and songs were of a subversive character, mocking the colonial regime and serving as a spiritual link to the Shona ancestors. They offered female resistance fighters the opportunity to weave their life stories and memories into national historiography. The songs were the guerilla groups’ musical weapons, creating new narratives of the liberation struggles. They expressed the hopes, aspirations, and experiences of the revolutionary resistance movements and interwove old and new resistance narratives with one another. The Chimurenga songs “Tora gidi uzvitonge” (“Take your weapon and free yourself”) and “Simba remadzimai” (“The power of women”) broadened the one-dimensional narratives and contributed to creating a collective memory that accommodates demands for gender equitable participation, recognition within the patriarchal organization of the resistance movements, and the participation of women in the struggle for independence. The guerilla women’s songs in Zimbabwe’s liberation struggle make it easier to understand why it was not possible for women in national liberation struggles on the African continent to consolidate the independence and relative gender equality they had during war times and to institutionalize this equality after independence from colonial rule.

The Chimurenga songs therefore are the legacy of Black women’s struggle. Thirty-eight years after independence they exemplify how, even though many of the guerilla women had created a platform for themselves during the conflicts in order to be able to express their vision through song and their active participation in the armed struggle, their voices in post-independence Zimbabwe are barely heard and their struggle for social and political recognition continues.

Stefania Vittori is a Brazilian political activist and assistant researcher at the sociological Department „Diversity and Social Conflict“ of the Humboldt University in Berlin. Her research interests include migration discourses and policies, feminist theories, social and political inequality, with an emphasis on social and political movements in Latin America and South Africa.