On Borders and Frontiers

History is contemporary, and is happening now

The sixth Invisible Borders road trip project took an inward focus, Emeka Okereke spoke to C&, and looks at Nigeria against the backdrop of current events and realities

C&: You initiated the project Invisible Borders in 2009.  What was its point of departure?

EO: The premise for Invisible Borders is movement. When you move from one place to another, your horizon opens, you encounter a new self, and this prepares you to meet and exchange with other people. And that is what life is about – encounters! In Africa we often don’t get to exchange enough with one another because a great amount of our energy is spent on surviving rather than living. We stay stifled in divided rooms in our minds.

Invisible Borders is an artistic remapping of ideas, geographies and images.  Photographers, writers and  filmmakers came together to explore new territories. This happened at a time when people were just recognising the potential of social media and the Internet across Africa.  Right from day one we were blogging while travelling, sharing art with people on a day-to-day basis. When you go back and read about a story that took place in 2009, you read it in the present tense. And this is quite powerful. 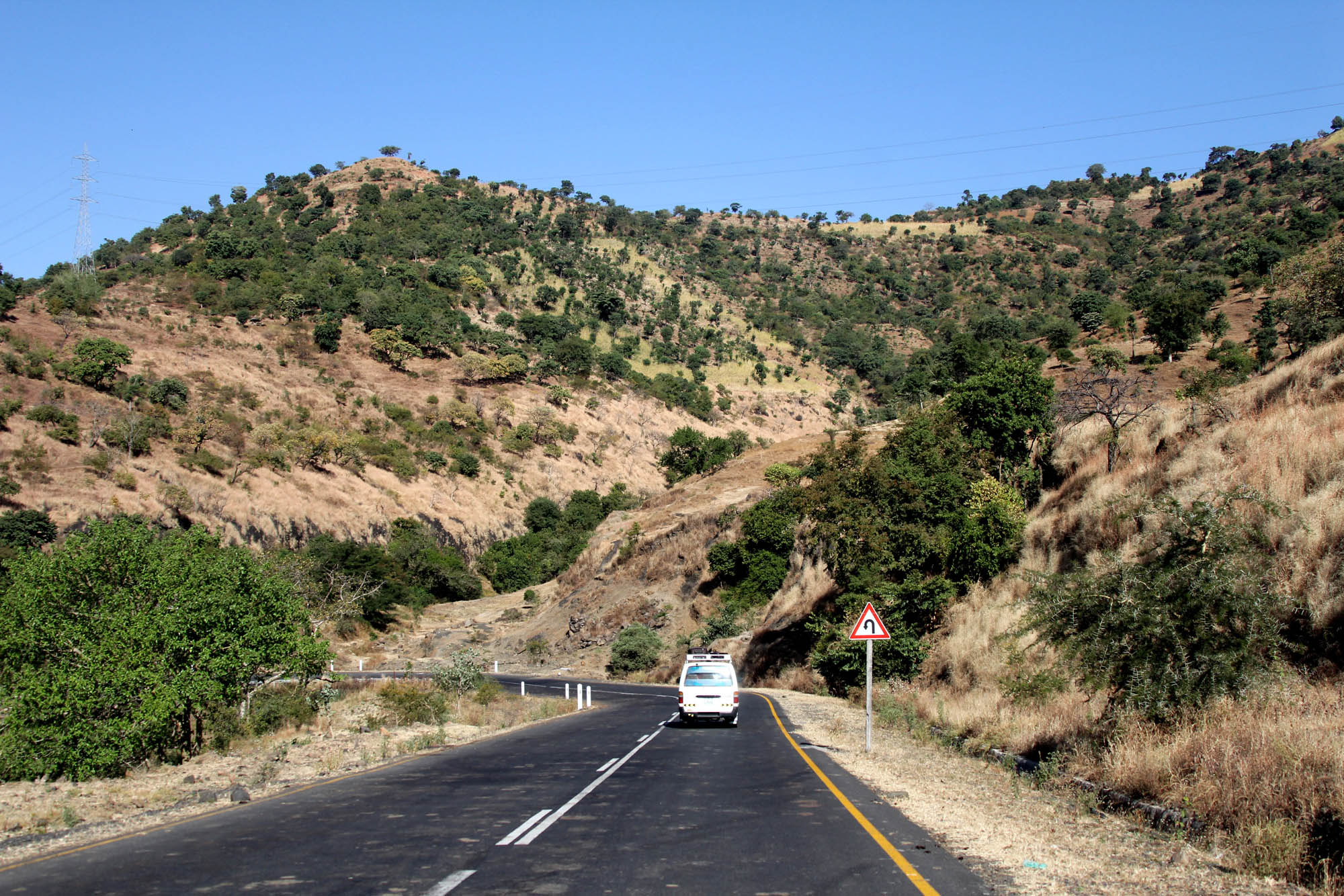 C&: The narrative is always in the present tense?

EO: Yes, and this is important. Imagine you are not part of the road trip but you are reading someone’s account who is there.  If it is in the present tense, you get a sense of being there too.

C&: Beside writing, Invisible Borders is strongly lens-based. What is the role of visual data and visual material in migration and movement? What is the purpose of this visual documentation?

EO: John Berger said photography co-opts the subjectivity of the person; in other words, the image has a social function, and it is interesting to explore how it represents subjectivity.  Images tell individual and collective stories.

We use images and videos to counter misrepresentations of the continent by showing everyday life. Before the advent of Instagram (and the Invisible Borders project preceded Instagram by a year), much of the images one saw of Africa was a cacophonic collage of misery: war, hunger, begging- and dying children. One hardly ever came across positive images, like the photos of Lilian Novo that celebrate the tenacity of women, or those of Ray Daniels Okeugo that simply attest to the drama and beauty of everyday incidents without seeking to politicise the situation. While it is true that Africa is far from reaching its full potential and there is a lot that is not right, it is important for us to visually document  and to valorise the ingenuous ways in which people transcend their day to day limitations.

C&: Your project also went from the continent to Europe in 2014. Why did you go to Eastern Europe specifically?

EO: We wanted to do an intervention. We thought it was time to address the relationship between Africa and Europe by using ourselves as objects of agitation – inserting ourselves into already marginalised situations. Once in Europe, our intention was to speak not just about  the notion of Africans in Europe, but also about an Afrocentric vision of Europe. A Europe witnessed and told from the gaze of Africans.  It followed naturally that we should look beyond Western/Central Europe to propose a new map that actually includes Eastern Europe by looking at the tension between Eastern Europe and Western Europe. It was important for us to consider Western Europe as a transition and not the final destination.

C&:  And how would you describe your experiences in Sarajevo?

EO: Sarajevo is a city indelibly marked by the tragedy of war. But apart from the permanence of graveyards and tombs dotting the cityscape, little is left to remind one of that tragic experience. Sarajevo was for us the highpoint of the Road Trip. After traversing Western Europe for close to two months, we arrived in another part of Europe where it feels as if people understand and value the processes of life, the preciousness of the present and the indispensability of progress. The Bosnians & Herzegovinians have a complex political system made up of Bosnians, Serbs and Croats. We experienced for the first time how a group of people could consciously decide to put their diversity aside in the service of a more progressive and united future. Like Nigerians, Bosnians & Herzegovinians fought and died as a result of their differences, but in Sarajevo, unlike Nigeria, there are no attempt made to distance the present from the painful past. They live and commune with the monuments of the war – the graveyards. We also visited exhibitions set up to inform both indigenes and visitors of the events of the war. All of this, in my opinion, created an atmosphere where we felt comfortable as the only black people in the city. It also proves my point that until we begin to have conversations about our differences, and acknowledge the events that symbolised our struggle for mutual understanding – such as the Nigerian civil war of the 60 – peace and progress will elude us. 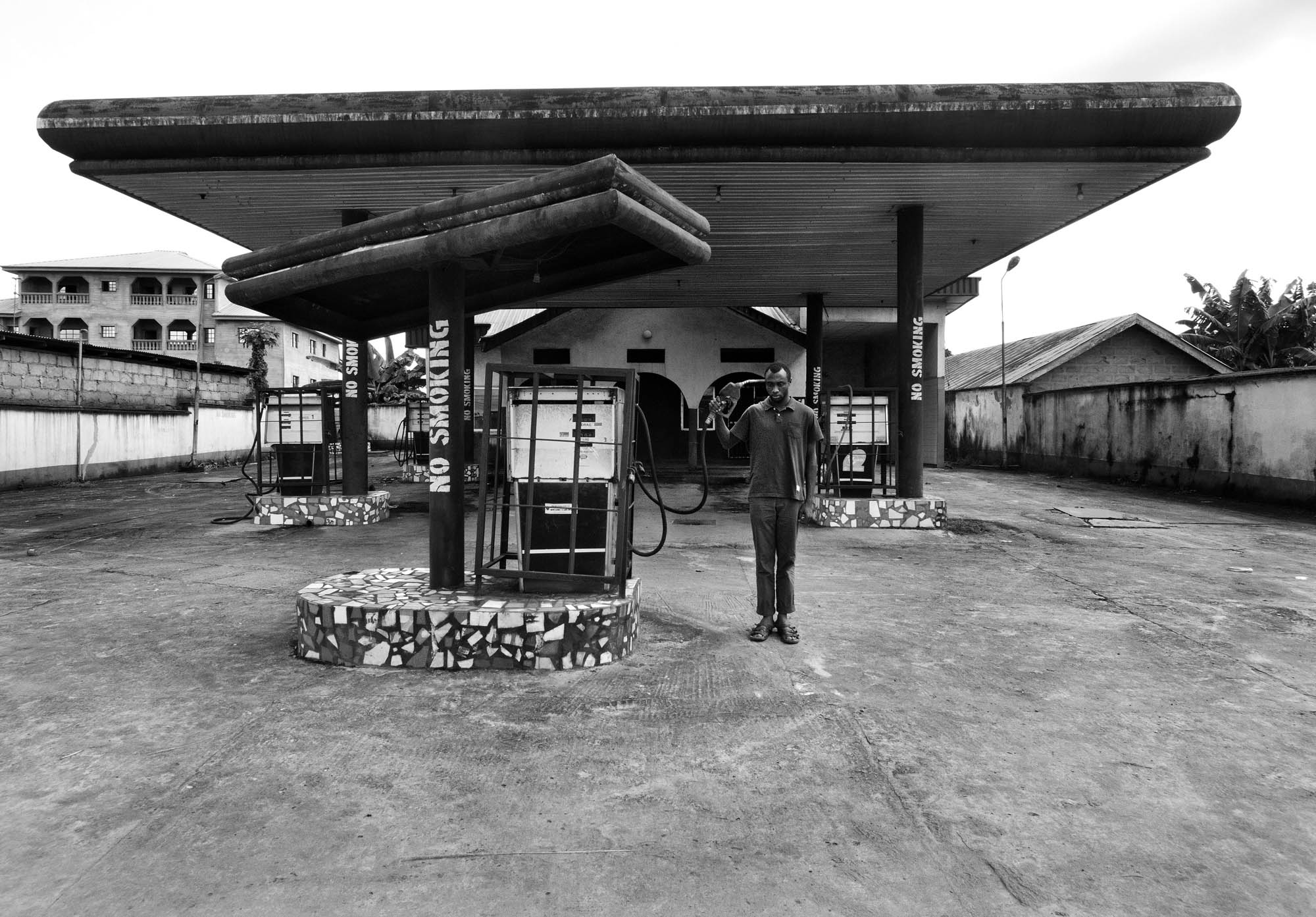 C&: Tell us a bit more about the recent chapter of Invisible Borders called Trans-Nigeria.

EO: This year’s road Trip is the 6th edition of the Invisible Borders Road Trip and it focuses on Nigeria.  It lasted 46 days, from May 12 to June 26, 2016. Nine participants (artists and administrators) visited 14 states and making stops in 15 cities. Nigeria, we have come to realise, is in many ways a microcosm of the African situation. In addition, it is an important country both in size and economy, growing more and more complex by the day, so much so that it feels too much to handle! Our conceptual premise is taken from the idea that – as Emmanuel Iduma once said to me – history is contemporary. We were interested in exploring the mechanisms by which Nigeria came to be, against the backdrop of current events and realities that we hope to access through encounters with everyday Nigerians from all walks of life.  The artists – photographers, writers and filmmakers – were expected to create works inspired by their encounters with the cities they visited. And for the first time, we wanted to show the creative processes by which the art works are made.