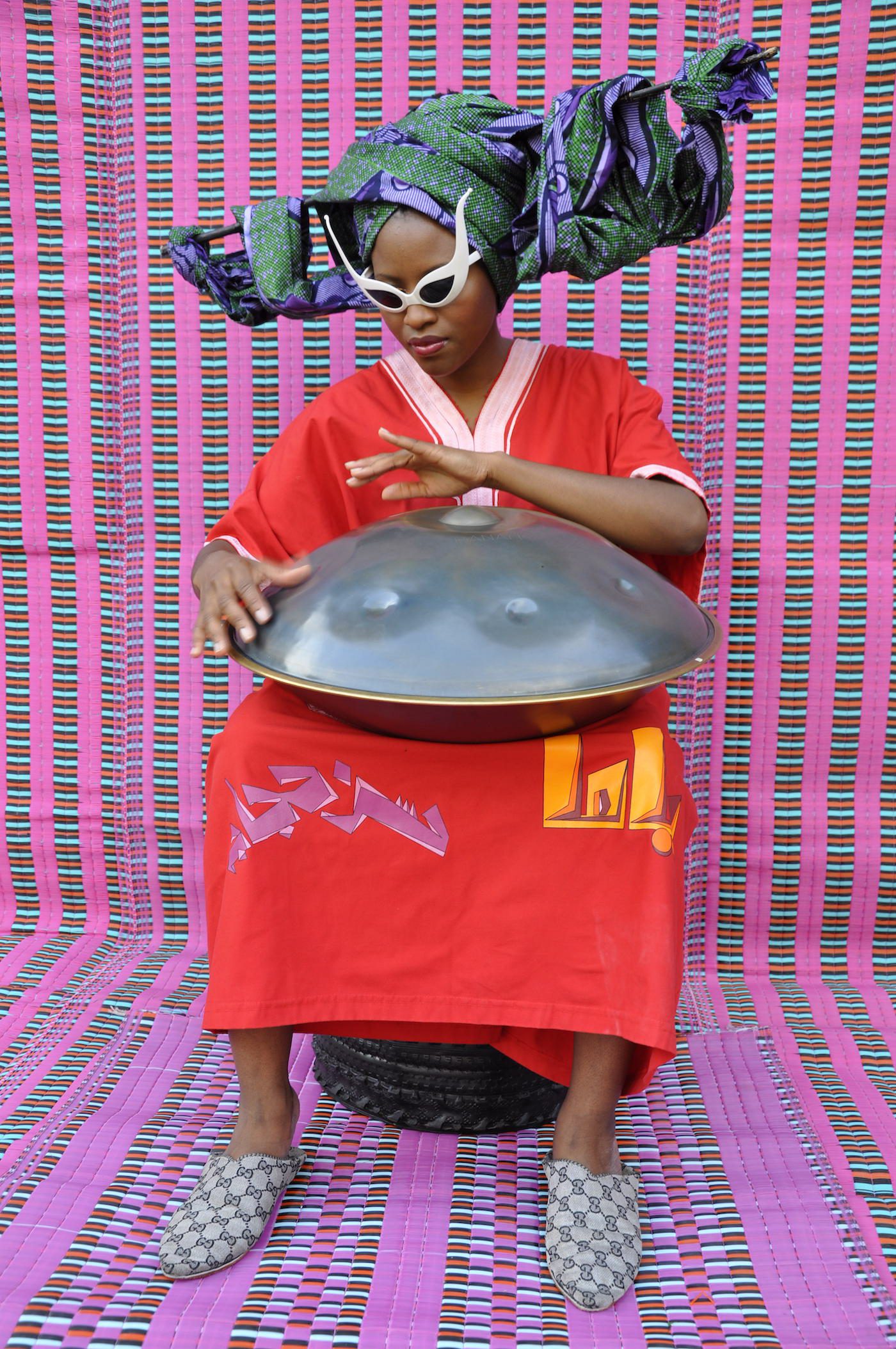 The Venus Bushfires/Helen Epega by Hassan Hajjaj. Courtesy the artist.
1/3
1/3 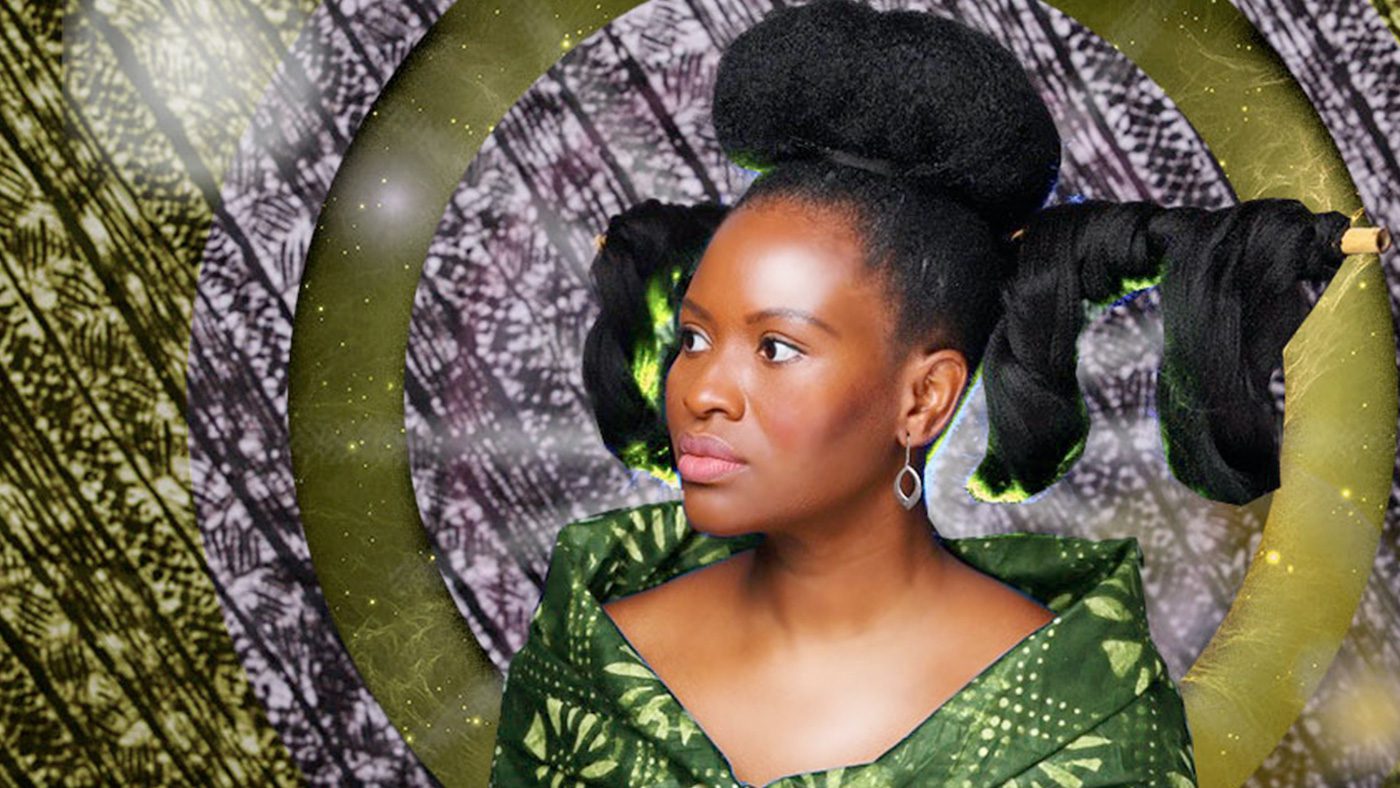 The Venus Bushfires/Helen Epega by Ebenezer Dada and emc3. Courtesy the artist.
2/3
2/3 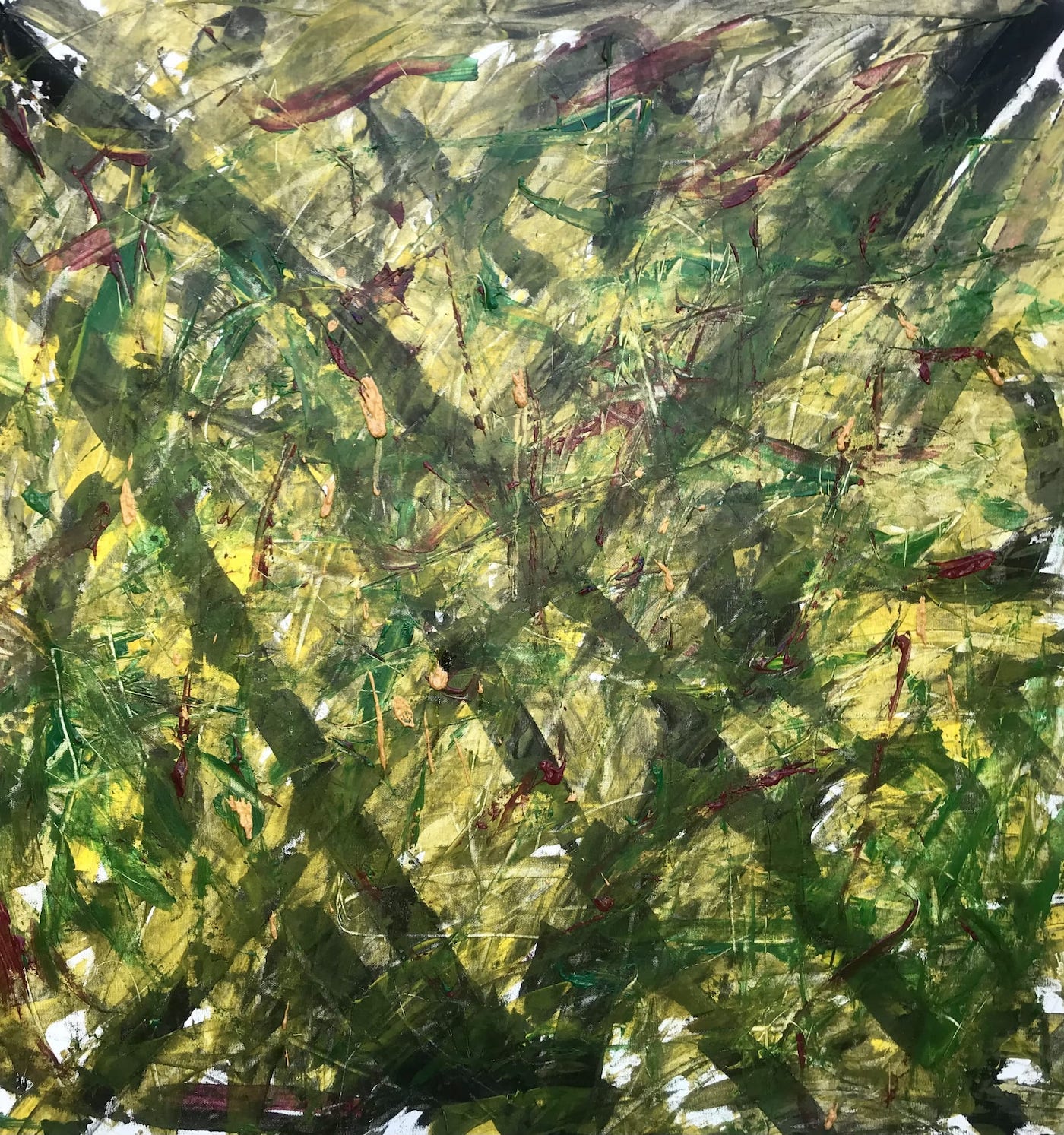 Helen Epega: “I compose with colors and shapes”

The Nigerian artist, singer, and composer speaks to us about her creative process and protest art.

The Venus Bushfires/Helen Epega by Ebenezer Dada and emc3. Courtesy the artist.

Long established as a singer, composer and performance artist, Helen Epega is also the creator of two opera productions — Song Queen: A Pidgin Opera and What Can I Do You For: A Cockney Opera — as well as the lead artist in the Venus Bushfires, a creative collective of which she is the only constant member. With her latest output, Sounds of Us, Epega has created a sound collage sourced from two cities, Lagos and London, to which she is connected by ancestry and by birth. It is “music meets art meets tech,” says the UK-based artist of her ten-year project, which began in March 2020, soon after lockdowns were imposed to curb the spread of COVID-19.

Sounds of Us, as well as new paintings by Epega, are featured in Her Dark Materials (2021), an online exhibition of works by an international group of women artists with diverse practices that include performance, sculpture, installation, tapestry, collage, music, painting, and photography. Like her sound art, Epega’s paintings are both independent creative endeavors and protest art made in response to civil unrest caused by protest marches against state-sanctioned police brutality in Nigeria, the UK, and the US. Here, Epega talks to contributor Sabo Kpade about her ambitious new sound art project, excursions into the visual arts, and the importance of protest art.

The Venus Bushfires/Helen Epega by Hassan Hajjaj. Courtesy the artist.

Contemporary And: If you were not to mention where or what cities you sourced your materials from, could a listener tell?

Helen Epega: I didn’t necessarily want it to be obvious, because as it is it could be another city. Apart from the elder who is singing in prayer, it could be Accra. Apart from certain things that give away the language, it could then be anywhere else. It could be Addis Ababa or Cardiff. It could be somewhere else. I wanted people to have a dialogue. I didn’t want it to be too restrictive because for me these are the first five pages of a sixteen-chapter book that I’m trying to tell over the next ten, twenty years. I wanted to start the conversation. That’s the main intention for this.

C&: How has the COVID-19 pandemic affected you personally?

HE: I’ve lost quite a few people to COVID-19, so it has been very real in my world. I wanted to represent them and that feeling of grief and the birth of possibilities at the moment when everyone was talking and everyone was saying “the way I’m suffering here, I don’t know if that has to be the case.” And there’s various levels of suffering. People are suffering in isolation. People have lost their jobs. Some people had no money. Some people had no food to eat.

C&: Did you partake of the 2020 End SARS protests against police brutality towards young Nigerians?

HE: I always imagine that if I was in Lagos, I would’ve been there. Maybe, maybe not. My husband actually was there at both the Lagos and London protests. He was able to collect some sounds from those protests. And some people sent me sounds. What I did was that I wrote to my local members of parliament. I tried to galvanize just to see what we could do on a political level. For me, the biggest part of my protest, other than the little things, is this sound art piece. It lives on. That’s my protest.

C&: In the end, did you think it was a successful protest?

HE: Now, in hindsight, it’s got to be the start of a dialogue. We have to see it that way. If we say we failed, we can’t try again for another thirty years. That would be a disaster for Nigeria and the African Diaspora. No African Diaspora is going to succeed until the place that has the most Africans really makes a change. I think it was the start of a dialogue and the start of a movement. I thought that it would make a big change, but the powers that want the status quo to stay the same are so strong. And it seemed that even people who wanted change want the status quo to stay the same.

C&: At what point, after amassing a huge number of recordings, did you decide it was time to start pruning down to the material you needed?

HE: After creating the sound art piece, I listened to it – going probably a little crazy listening to only that sound for three weeks. And after maybe the second week I started to respond. As for the paintings, first it was just strokes, gestural art and things like that. Quite improvised ways of using acrylic and charcoal and chalk and children’s paint. I would move, I would dance as I would hear things, I would use particular colors because I work with synesthesia as well.

C&: You don’t read or write music and yet you work with an orchestra. How have you managed to do this?

C&: Each of your three paintings in Her Dark Materials have sharp, drastic crossing lines that cut across the composition. Have they taken on specific meanings since you created them?

C&: What guided your color choices when painting?

HE: A lot of the images started off as black, especially Where do we go from here? (2021). I started off with black, maybe charcoal just loosely, and built from there. Within the blacks and whites, I use colors to create the feelings of hope and anger that I was feeling. There aren’t as many colors as I thought I would have in there. But that’s probably how I was feeling. There are glimmers of life and hope, but it is such a big journey to go on. I thought there would be more yellows or reflections of light but there wasn’t so much in the end. Although I’m coming from a hopeful place, when I was painting and responding to the sound, I was responding to a lot of fear, sadness, and confusion.

C&: What have you been able to achieve with painting and sound art that you haven’t been able to do with composition and singing?

HE: I’m able to really delve into my mind and probably be a bit darker. When I say things I really know the power of words. I’ll be more likely to rewrite my words, but I won’t rewrite my painting, I won’t rewrite the sound art. Not more honest, but more raw. I don’t have to finesse it and refine it. It can be almost a heart dump or a brain dump. A song needs to be crafted because it needs to fill certain lines, but if it’s a sound art piece, it is able to reflect maybe some of the darker sides or confused sides that you’re not able to say in a song. But I can say this in a painting: that I’m afraid, I’m terrified, I’m hopeful, I’m powerful. I can say it in a very different way in a painting than I can say it in a song. I can say it in a piece of sound art and people can feel it.

Her Dark Materials can be viewed on www.eyeofthehuntress.com.