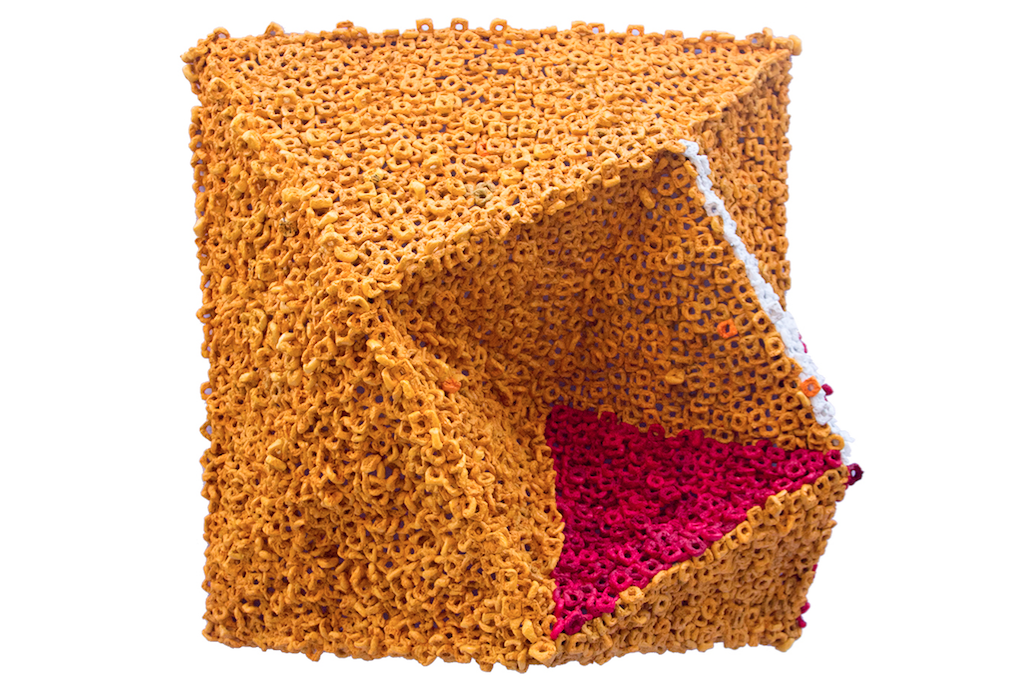 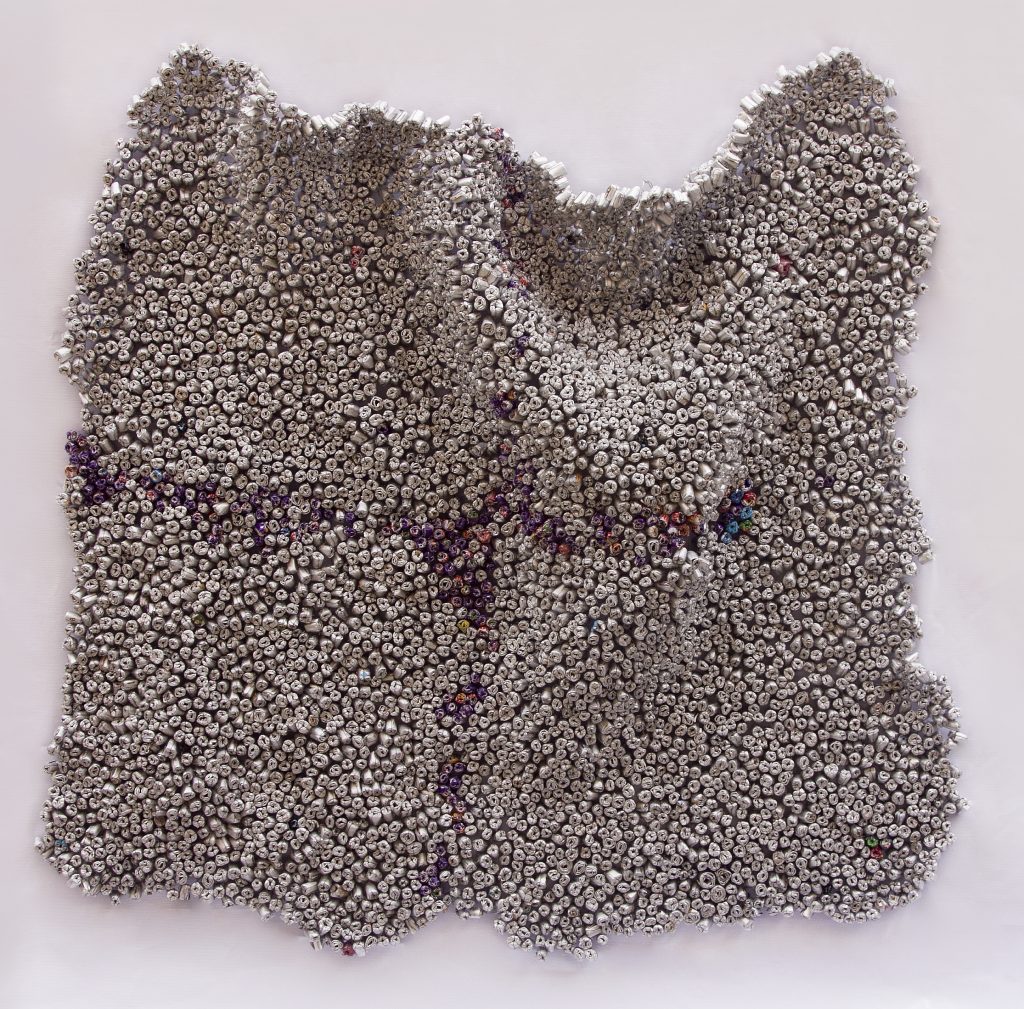 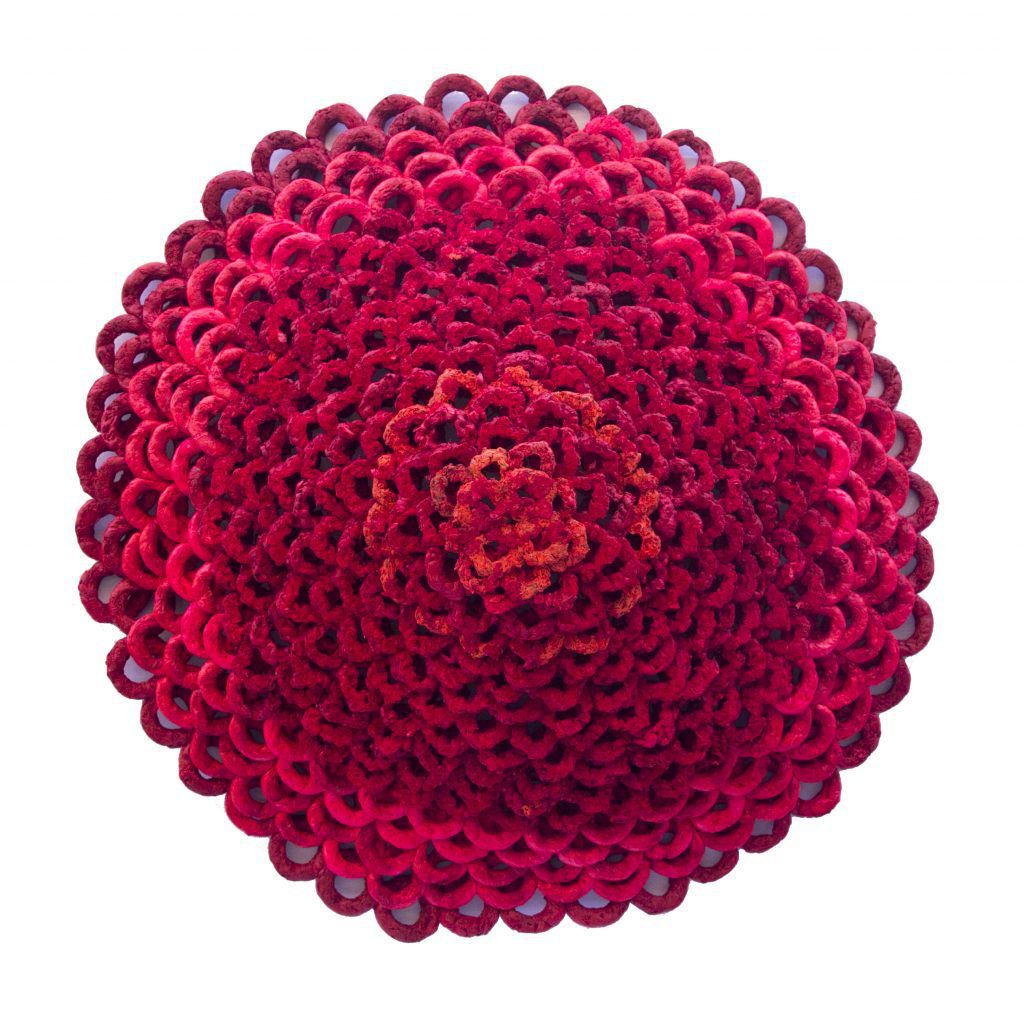 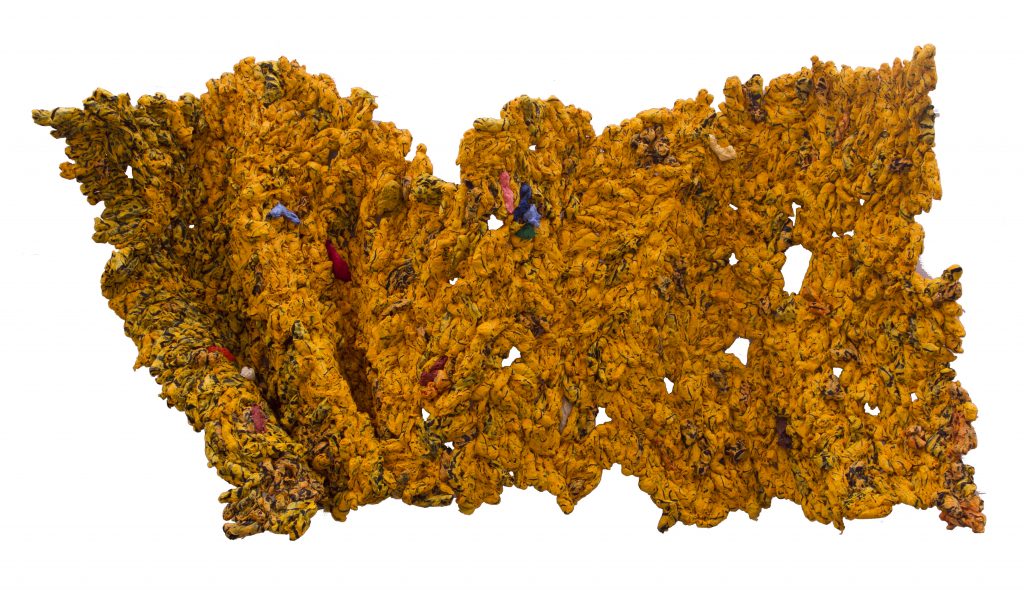 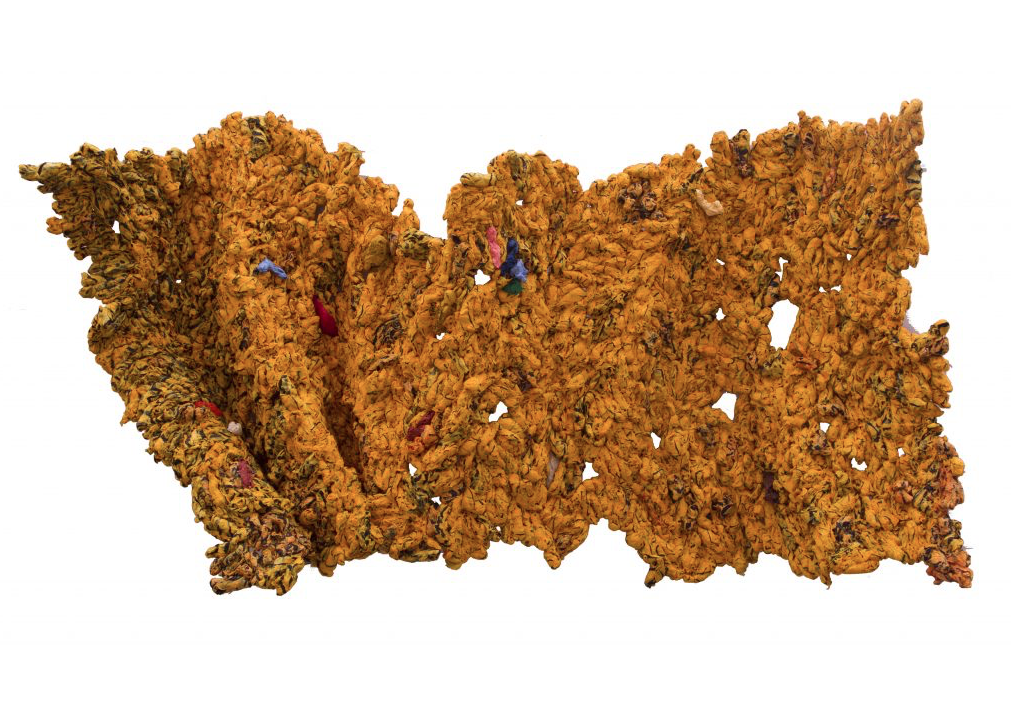 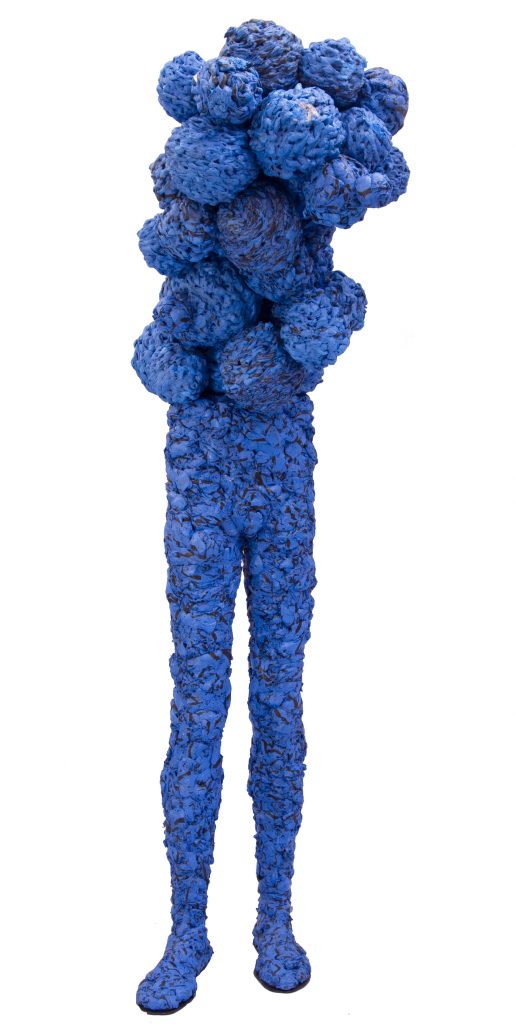 In Conversation with Olumide Onadipe

Olumide Onadipe’s art stems from an anger at the way things are. So he uses it to address the problems of Nigeria, Africa, and the rest of the world. He makes social commentary using his sculptures and painted canvases, creating arresting narratives with intellectual depth, artistic dexterity, diversity, freedom, and a bold palette. The artist spoke to C& about how art has helped him be a better social commentator.

Onadipe researches Africa’s rich history and tries to understand how identity and migration merge with a universal yearning for community and opportunities to grow. He started his artistic practice as a two-dimensional painter, but began rendering three-dimensional abstracted faces and figures masked with vegetation in 2008. Ten years later, leaves remain a recurrent compositional element in his paintings, but his works have acquired greater complexity and deeper meaning. Gradually, Olumide is mastering the primary elements of sculpture: volume and line, weight and mass, shape and texture. But the defining feature of these works is the fact that they are generally made of countless small units of found things like newspaper, plastics and ropes – each one similar, but different from the others – put together in a single work. They are the building blocks of his desire to use art for social commentary.

C&: How did you get started in art?

Olumide Onadipe: I got started fourteen years ago. After secondary school I wanted to study accounting. Due to my results not meeting the entry requirements, my mom advised me to enroll at the Federal College of Education, Akoka, so as not to sit at home doing nothing. I enrolled in the art department and to my surprise, I found it interesting. I got to see that art is life. It is enjoyable and gives me an indescribable feeling, like euphoria.

C&: What kind of issues do you address with your leaves?

OO: My leaf works talk about deforestation, the environment, and family life. I see the leaves as many parts coming together to form a community and it mirrors what is currently happening in society. The modern, cosmopolitan lifestyle has caused families to fragment and live in isolated pockets. As I paint, I depict concealed images with leaves; the narrative behind it is about bringing people together, forming bonds, and giving each other emotional support while addressing issues relating to family life. I believe that the family is a fundamental unit of society.

C&: How has art helped make you a better social commentator?

OO: As a social commentator and an artist, I have been able to channel my works to  reflect my environment. For example, I started the Watchers series around 2013–14, during President Goodluck Jonathan’s regime when there was a lot of tension in northern Nigeria. People could not sleep with their eyes closed and everyone had to watch each other’s backs to stay alive. I tried to express these kinds of realities in Watchers by showing two people backing each other, to keep watch and protect each other from being massacred by the so-called Boko Haram.

Queen’s Retinue talks about the position of women in our society. I believe women play a critical role in its development and are expanding their role, which is good. In Movement, one of my largest works – it is about 7 by 7 feet and took about seven months to create – I capture movement across Africa and through the deserts of Libya to the Mediterranean Sea, a common phenomenon on the continent. My art helps me discuss these important issues and occurrences.

OO: I always leave one to work on the other. But they are both an extension of the experimentation which characterizes my work. I have experimented with a myriad of media and that is what still inspires my work. Like when I started working on sculptures with up-cycled plastic, people didn’t believe it was the same artist; they couldn’t understand the connection between the two. When I conceive the work in my mind and don’t sketch my ideas, I allow it to manifest as it was conceived in my mind. It is like a woman conceiving a child and not trying to dictate the gender of the child or its features.

I use different processes in creating my work. One of them is melting plastic into different shapes, such as small nuggets, used to create whatever forms I desire. If I want to create specific shapes like triangles or circular rings, I melt the plastic using a mold which becomes a skeletal frame for the work I am building. These processes can be tedious and boring, but the finished product compensates for the process. Apart from plastics, I started experimenting with newspapers two years ago. I started coiling newspapers and integrating them with discarded electric cables. So for me it’s about trying something new, and finding out what works. This has become an integral part of my visual commentary.

Connecting The Dots is on view until August 30 at Temple Muse, Lagos.