In Conversation with Ivana Pavlickova

Afro-Czech artist Ivana Pavlickova speaks about her interest in the non-human and the alienating feeling of being a gender-non-conforming and POC artist in Eastern Europe.

Contemporary And: Relating to your surroundings seems to be a big theme in your work – a constant process of connecting and disconnecting.

Ivana Pavlickova: My practice is mainly about perceiving the things around me. It’s about an increased sensitivity towards the outside. I’m especially interested in seeing and interpreting non-human objects or phenomena. I could speak about rendering practically everything as a new space for contemplation. Speculative thinking allows objects to function without us. It’s hard to ignore that we’re at a point where it’s no longer just humans influencing objects but also the other way around. Paralyzed by self-repression, we are losing a sense of control – a control we actually never had – while being watched by the non-human eye, straight from the nature of the uncanny valley. 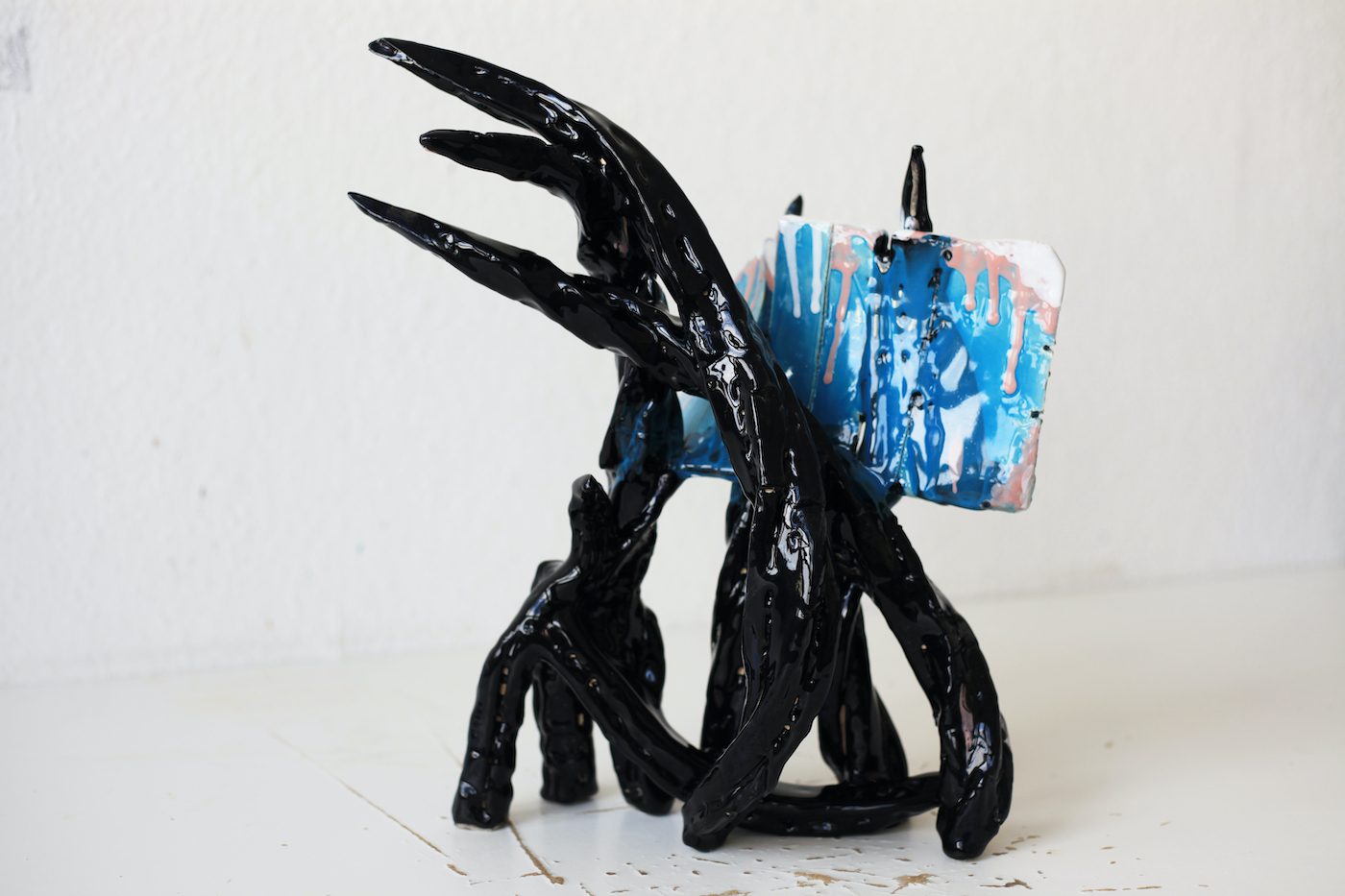 C&: Your objects remind me of internet memes. What do you like about working with ceramics?

IP: Everyone loves clay for its therapeutic features. Working with it feels like touching the very matter of existence. Clay can shift its form immediately too. You can make a meme in a second, or a sculpture in a second. Or at least it seems like that. Sometimes the decision-making process can take years or centuries.

C&: You investigate the word “nature” and the ideas and concepts that are attached to it.  How do you connect with it?

IP: The idea that nature is something that is disconnected from us – a source of goods, health, even entertainment – is fading away. Everything can be natural these days: forests, deserts, national parks, zoos, police departments. It’s simply the way we think about nature that is not natural. I don’t know, today I feel kind of unnatural. 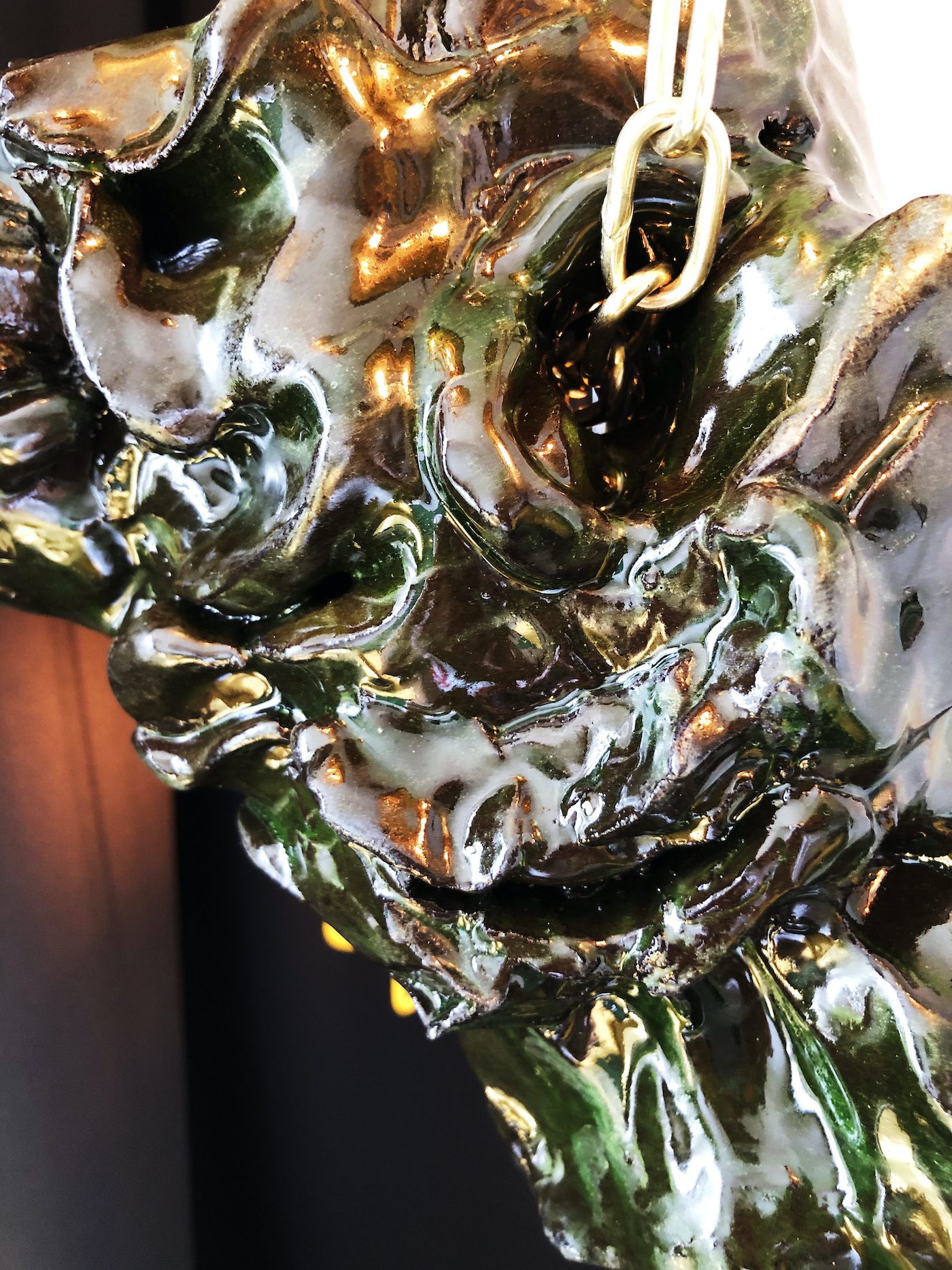 C&: You speak about being torn between tradition and pop culture. How do you relate to contradictions or paradoxes in your work?

IP: I don’t really understand paradoxes. It would be great if my work could carry more traces of clarity than of conflict. I have heard that the ultimate paradox would be to think the unthinkable, to want to discover something that thought itself cannot grasp.

C&: People of Color from Eastern Europe do not have much visibility. How did you create a sense of belonging, as a young Afro-Czech woman?

IP: I am a gender-non-conforming POC born in the Czech Republic. No sense of belonging was granted to me in Eastern Europe. Massive alienation served up on race and gender-based stereotypes on an everyday basis. I tried to outsmart the norm by mimicking the surroundings – one year I dressed mostly in grey bodycon dresses, in the hope of blending in and getting a normcore life. It took me some time to understand that grey is a nice color to wear and alienation itself is nothing to be scared of. It’s a badge of honor. A queer ticket. A compass needle. I embrace and follow it patiently. 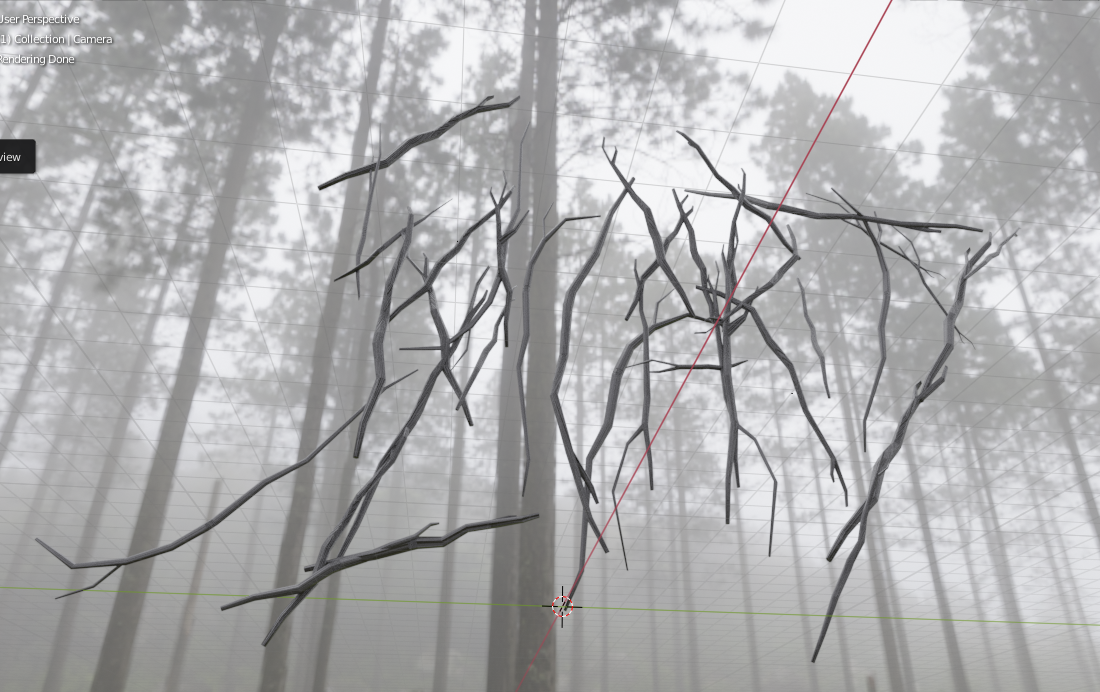 C&: This leads to your newest project, blackfemmebioqueens. Can you tell me a bit about that?

IP: This project is constantly evolving. At the moment it’s called Blackfemmehyperqueen. I want to work with queer figures and practices, to engage in polymorphous environments. I’m interested in developing an identity that in itself cannot be a human, but is rather that of a shapeshifter or a media nomad. The latter is a theory from the young Nicki Minaj. It is a violent forgetting and writing and an intellectual transition that involves constant becoming, cherry-picking, and emotional labor. I think about three figures. Her – the hyperfeminine figure. The arrivant or the strange stranger. And the data, information. Altogether they create an environment that I would like to imagine and observe moving.

Ivana Pavlickova was born in 1990 in Hranice. She graduated in sculpture at the Faculty of Fine arts Brno (MA) after an Erasmus year at Hochschule für Bildende Künste Dresden. She obtained residency at Edinburgh sculpture workshop and continues her project at Künsthochschule für Medien Köln. Her objects are made from ceramics and combined with photographs, cgi, texts or symbols often placed into a site specific situations. Pavlickova lives and works in Dresden and Köln.