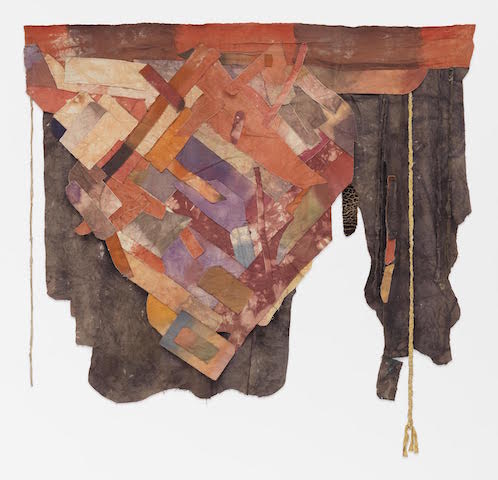 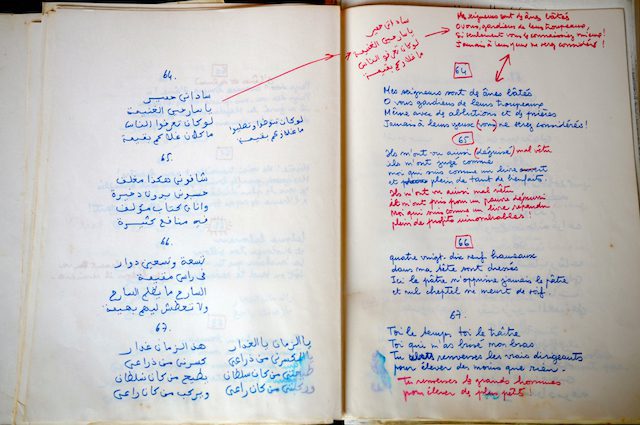 Ahmed Bouanani, French translation of poems by Abderrahman Al Majdoub (unpublished, 1976-77). Pen on paper. Courtesy of the artist and the Marrakech Biennale
2/3
2/3 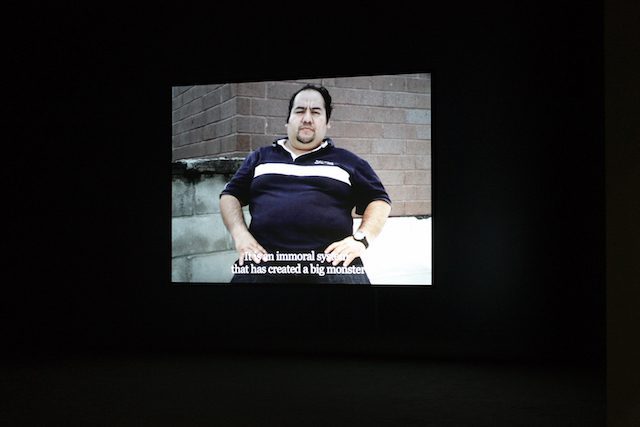 Focus on Now, Not Tomorrow

Curator Reem Fadda, who directs the sixth edition of the Marrakech Biennale, speaks about the necessity of solidarity, action, collectivity, and empowerment in a turbulent world.

C&: The Marrakech Biennale is presenting its 6th edition this year. How did it all start?

Reem Fadda: The Biennale started six editions ago through the initiative of Vanessa Branson to counter stereotypical images emanating from the region in a post-9/11 world. It has grown to become a larger international platform of arts and is fully embraced by the Moroccan community. I was invited to curate this year’s edition through members of the Board, among them Curt Marcus and Vanessa Branson. The deal was sealed when I met with the director Amine Kabbaj and the team and we decided to make a venture out of this.

C&: The Bamako Encounters regained their impetus last year and Dak’Art will present its 12th edition this year. How do you see the cultural and social role of biennales on the continent?

RF: Biennales are a great vehicle, especially for places and cities without the standardized art infrastructure to host art and artists. They provide a break from the institutionalized and market-driven models of art making. In many ways, they allow a space, a tabula rasa for art to return to its rudimentary roots, to start to investigate the real motives for art. This brings art back to people and society in terms of subject matter, relatedness, and accessibility. Somehow this art becomes less taboo and more approachable, especially in relation to how it should be exhibited and regarded. Biennales ultimately make art more democratic.

Ahmed Bouanani, French translation of poems by Abderrahman Al Majdoub (unpublished, 1976-77). Pen on paper. Courtesy of the artist and the Marrakech Biennale

C&: The Biennale’s title Not New Now is quite refreshing – there is an underlying tone of resistance. What does the title mean? And how does it fit into the curatorial program of the Biennale?

RF: The title for the 6th Marrakech Biennale, Not New Now, was meant to be a provocation and is quite broad with many angles and focuses, which was intentional because it allowed me to develop a framework for art that has to inhabit a city. I have been debating some of the core ideas and strategies for many years. This came as a great opportunity to present them all on a grand scale, and in a way that not just inhabits a gallery space but envelops a city like Marrakech.

The starting point for me was to focus on the place. Basically I’m presenting art that comes mostly from a regional source that spans the Afro-Asian area and its Diaspora. This is about solidarity as a train of thought. I believe that in this turbulent world, solidarity, action, collectivity, and empowerment are essential. Europe is no longer just European but has in many ways also become African. So what does it mean to see art from Africa and the Arab world and particularly to see it in its place? The title incorporates a lot of time concepts. It is quite complex and at the same time rather simple. I want to focus on the present. Not the past or the future. The title embodies the urgency to focus on the present as the time of social action, and the need to look at what is defined as “living art,” rather than contemporary art – a kind of art that is continually evolving and responsive to society and life. Ultimately I am interested in art that is political, but I’m also invested in presenting a formula of art that harnesses politics and action plus poetics and contemplation. You will also see a show that presents living histories. So yes, in essence this title also encapsulates resistance.

C&: The filmmaker/documentarian Jihan El Tahri said during the 1:54 forum in London in 2015:““This notion of North Africa and Sub-Saharan Africa separated by this belt of nothingness that is the Sahara is a fabricated concept. The Sahara has traditionally been a space of cultural exchange, of trade, of all sorts of exchange.”

What do you think of this statement, and how do you see the interchanges between North Africa and the space called “Sub-Saharan Africa?”

RF: Of course these geographical divisions are imaginary. I think Morocco is a country that proves through its diversity, coexistence, and fluidity of cultures, that these borders and boundaries are just imagined. It is also important to remember that Morocco in fact conjoins the Sahara desert in its very terrain and geographical and demographic fabric. Statements that claim nothingness of the Sahara are colonial in their very nature and are excuses for separation and, ultimately, domination. This immediately reminds me of the claims made around the founding of the State of Israel that Palestine was a land empty of people and culture. I think it is important to remind ourselves of the richness of culture, wherever it is, and the ultimate possibilities of learning from it when rejecting hierarchical claims.

C&: The Biennale Jogja − in Indonesia − collaborated with Nigeria in 2015. You also focus on Afro-Asian connections and solidarity. Please tell us a bit more about these interesting aspects and perspectives.

RF: The curatorial project will acknowledge the contributions of key historical experiences of the second half of the 20th century − such as Pan-Afro-Asian unity − which generated a transnational, activist, and intellectual collectivity. The biennale will present art that embodies the political, the aesthetic, and the poetic at the same time. This curatorial perspective will challenge the concept of the new, while at the same time highlighting shared elements and tropes of the artistic and cultural landscape of the region. And while looking at the era of decolonization, it will explore the failure of these resistance projects and the legacies that remain, to help us understand better the current situation we are facing.