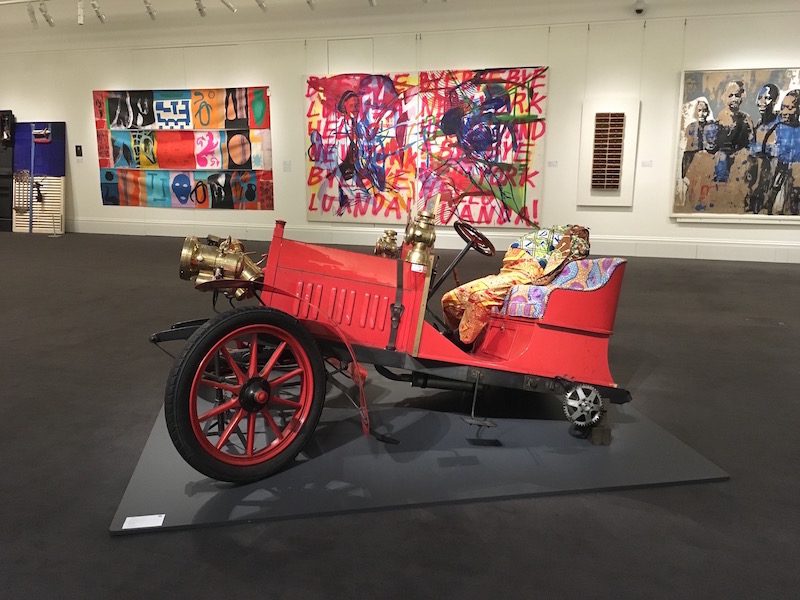 Auctions with a focus on modern and contemporary African artists aren’t novelties anymore. Now Sotheby’s has hopped onto the bandwagon too. And the question arises, in what – regional or global - categories the artists from the continent are being placed.

In recent years specialized contemporary African sales have become more common at auction houses around the world such as Bonhams in London, Arthouse Contemporary Limited in Lagos, Circle Art Agency in Nairobi, and Piasa in Paris. On May 16th, 2017 Sotheby’s London joined in with its inaugural Modern and Contemporary African Art sale. While the auction house held its first contemporary sale dedicated to the continent in 1999 (a single-owner sale comprising work from Jean Pigozzi’s Collection), the 2017 sale is distinct in that it is expected to be the first in a series of sales focused on the continent.

Most works in the sale were by artists such as Ben Enwonwu and Irma Stern who are standards in the modern and contemporary market for art from African perspectives. A smaller number were by artists like William Kentridge who are consistently in international contemporary sales, as well as artists like Eddy Ilunga Kamuanga who are new to the auction market. Overall, Sotheby’s take on this market departed from other auction houses by not only including a greater range of artists from various regions of Africa in one sale but also by mixing modern and contemporary art. For example, Bonhams now holds separate sales for South African, contemporary, and modern art from the continent.

The recent sale not only brought in new works to the auction house but also new buyers. Almost half of the buyers were new to Sotheby’s. African buyers were also well-represented. Half of the top ten highest priced lots including Ben Enwonwu’s Negritude, Nicholas Hlobo’s Untitled, Pascale Marthine Tayou’s Cache-Sexe, and Irma Stern’s Sunflowers and Nuns of Sacré-Coeur were purchased by African buyers. About 35 percent of all sold lots were also purchased by collectors from the continent.

As the auction market for contemporary art from African perspectives develops at Sotheby’s and beyond, it will be of continuing interest, how the boundaries of this market are defined. For example, while the sale was regionally diverse only one work from an artist closely associated with North Africa (Kader Attia who lives and works in Algeria and Berlin) was included. At Sotheby’s and Bonhams artists from this region are instead concentrated in modern and contemporary Middle Eastern sales. So, generally the question arises: who are the artists from the global contemporary art market who will also become regulars in contemporary African sales and who in the international contemporary art market will migrate to the specialized regional sales. While artists like El Anatsui are part of both markets other artists are in one category or the other. For example, while a painting by Njideka Akunyili Crosby was included in Sotheby’s Contemporary Art Evening Sale in New York on May 18th and two of her drawings were in the day sale on May 19th her work did not appear in the Africa sale in London. On the other hand, artists such as Ben Enwonwu and Ablade Glover are regulars in African sales but rarely if ever appear in global contemporary sales. These variant boundaries highlight how contemporary art form African perspectives is a fluid category that will take new shape as the market evolves at Sotheby’s and other auction houses.

Patricia A. Banks is an associate professor of sociology at Mount Holyoke College and author of the book “Represent: Art and Identity Among the Black Upper-Middle Class.” She studies culture, patronage, and markets with a focus on the African Diaspora.