C& talks to artist Massinissa Selmani about his artistic practice.

C&: You studied computer science and fine arts. What was it that brought you to the arts in the end?

Massinissa Selmani: I’ve always made drawings and wanted to be an artist. I studied computer science thinking that I would make it my career, but after working for a short time in the field I realized that my vocation lay elsewhere. That’s when I decided to enroll in art school and devote myself to it entirely. 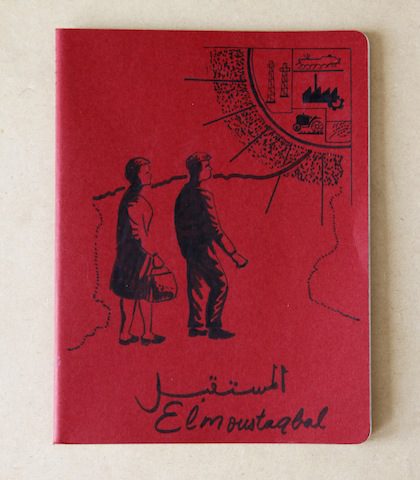 C&: You received a special mention at this year’s 56th Venice Biennale. Congrats!  Tell us a bit more about your contribution there.

MS: Thanks! I exhibited three pieces in Venice:

-“Walk under a White Sky,” a triptych of three drawings (2015) exhibited for the first time.

And finally an installation entitled “1000 villages” about a project from the 1970s to create a thousand  socialist villages in Algeria, which was never carried out. That was a project I’d been thinking about for a while. Despite the topic’s complexity, I opted for a very simple format, combining drawings and transferring images to notebooks and tracing paper. It’s also the first time I have exhibited this work.

C&: You use drawings, animation, and multimedia techniques. How do you see the role and power of images? How are you yourself influenced by images transmitted by the media, advertising, etc.?

MS: I think my first artistic gesture dates back to my teens in Algeria in the nineties. When I opened the newspaper, which would often report on the tragic events going on in Algeria in that period, I preferred to start by reading the political cartoons on the last page, which gave me a moment of escape before I braved the rest. That assertion of distance was necessary to me and I continue to follow that logic in my work today. In general, I am very interested in press photography and documentary forms. I have always been fascinated by how these images are produced. The treatment an image can undergo – modifying its meaning – is likewise important in my work. Basic cropping, for example, can modify or obscure a photograph’s context. I also took an interest in the alteration of images in my series “Altérables” (2010–2015). On the other hand, I practically never work with the torrent of images from the internet that are often published almost immediately. The print media are at a greater remove, so there is a filter of choice operating on the images. I try to situate my work within that gap, attempting to maintain a certain emotional distance. In my drawings, I like the idea of creating realistic situations that are unlikely to actually occur. The elements making up the drawings are very often copied from press clippings from different countries that I collect on an ongoing basis, dealing with different subjects without any link to my starting point. By associating them, I create scenarios that are frequently absurd. When it comes to animation, the logic is different. I often start with a brief absurd action containing a note of humor that I tilt over into the tragic by looping. The confrontation of the comic and the tragic is very present in my work. 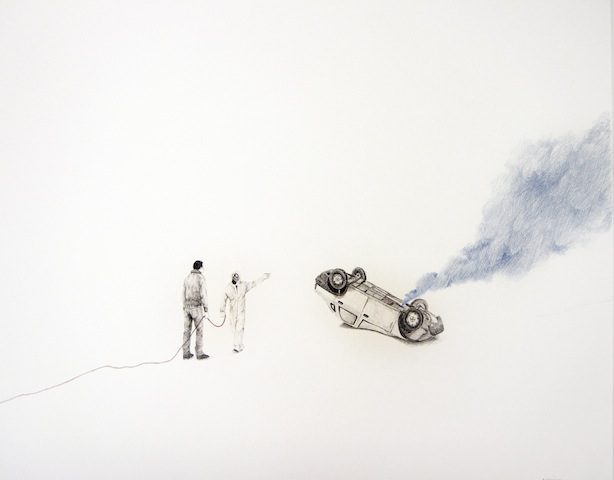 C&: William Kentridge once said, “The vital thing about drawing for me is that it is a medium in which one can think.” What do you think of that statement? To what extent is William Kentridge a reference point for you? Who are your artistic influences?

MS: I agree with Kentridge and am a great admirer of his work. Drawing is a medium of direct and simple expression. I find that, in a way, it serves a very interesting documentary function that I seek to explore in my work. It allows the artist to work frugally, but that simplicity does not rule out a vast field of experimentation. I’m passionate about the work of Saul Steinberg, for example, whose drawing is extremely rich and full of fantastic graphic discoveries. Honoré Daumier is another major influence for me and finding his work was an important part of my development. 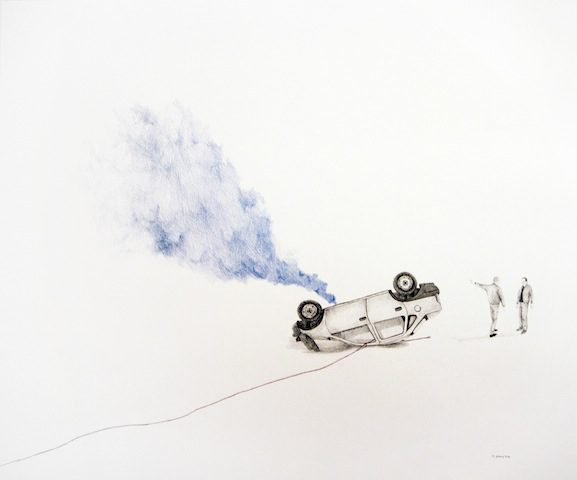 C&: There is a certain sense of clarity and simplicity emanating from your drawings and animations – through the use of white paper and black pencil, for example. How do you reconcile that with the complex world of social and political affairs? Would you define your work as political?

MS: The subjects feeding into my work originate in current social and political events. Drawing has a quality of being a direct medium without any artifice. I place great importance on that notion and that’s how I think about my drawings and my work in general. The white space is very present and important in my drawings. I tie it into a context that I then deliberately obscure. Considering that many of the elements come from different press photographs that I modify at will, I prefer not to pin a piece down to one place or event. 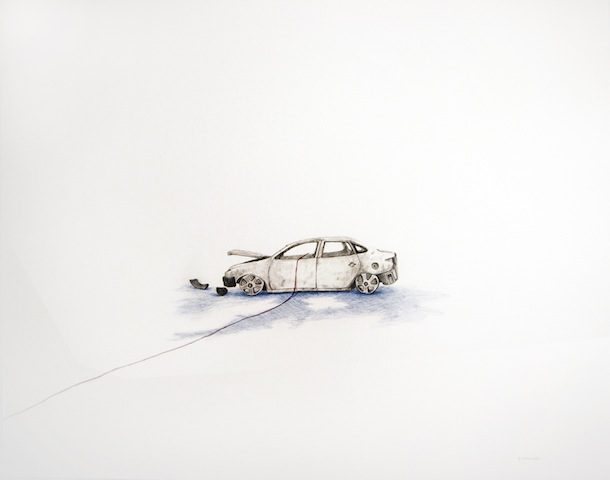 C&: Is your work purely  fictional or more so a mixture of news and fiction? Is it narrative-based or just based on (ephemeral) moments?

MS: I often turn to fiction, but always departing from real elements taken out of newspapers or other sources. Many of the elements in my drawings come from tragic events. The act of associating them with other elements from other contexts tips my drawings over into fiction. For example, in the series “a-t-on besoin des ombres pour se souvenir  ?”  (“does one need shadows to remember?”), the shadows are either nonexistent or contradictory, implying artificial light and a movement into theatricality. The actions or scenes aren’t tied to any definable context.

C&: What do you have coming up next in terms of projects or shows?

MS: I am currently exhibiting my work at the first edition of the Vendôme Triennale in France. Next September, I’ll be participating in the 13th Lyon Biennale, by invitation from the curator Ralph Rugoff. I am also working on my first animated experimental short film, called mémoires potentielles (potential memories), exploring press photographs from different angles (image alteration, hierarchy, evidence, sound, etc.).