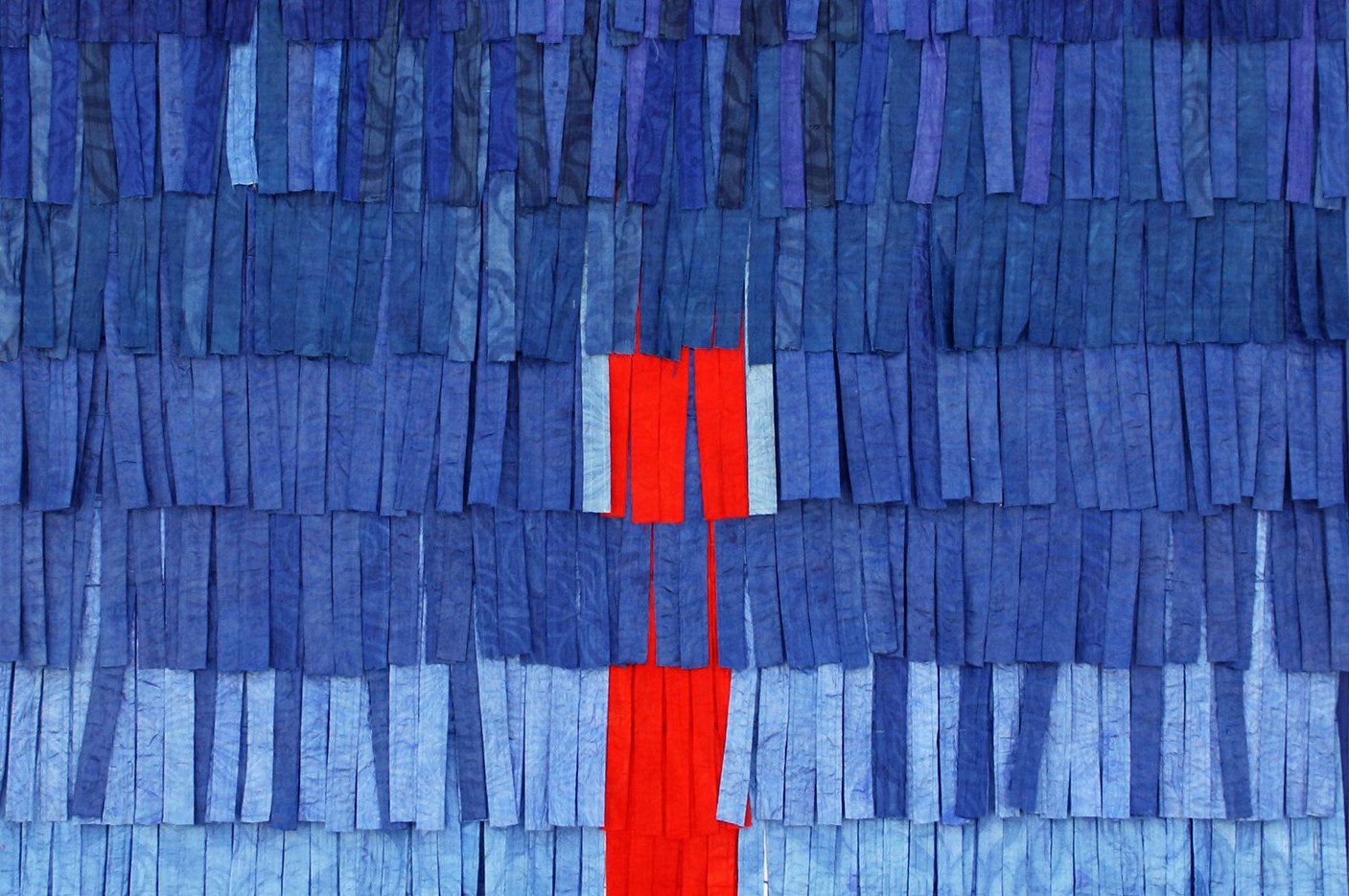 With Ĩ Ndaffa, the fourteenth edition of the Dakar Biennale calls for the transmutation of concepts and the foundation of new meanings.

Initially slated for May 2020, the 14th edition of the Biennial of Contemporary African Art, entitled Ĩ Ndaffa, has been postponed to 2022, with the same selection and a slightly revamped program. The next edition thus keeps the same track, honing however its title’s tone with a sharp: Ĩ NDAFFA #.

Ĩ NDAFFA, is drawn from I NDAFFAX which – in Serer language – invites to the forge. By posing its spelling as a dual action of naming and confusing the meaning, the term expresses the freedom to transform as well as the multiple possibilities to create. Like a slogan, Ĩ NDAFFA is then a graphic and poetic performance. Likewise, the expression – Out of the Fire – has been chosen to better suggest the alchemy of the forge and the transitory act that leads to a new stage. It indicates the production and not the product. With these two biases, the fourteenth edition of the Dakar Biennale calls for the transmutation of concepts and the foundation of new meanings. In the face of such challenges, one could not continue to name things while ignoring African languages. This ability to name things in African languages is the first step in change

Ĩ NDAFFA # therefore lays down two imperatives: firstly, to refuse the form as given; and secondly, to chisel the yet shapeless meanings.

Refusing the form as given: The verb “to forge” connotes the transformation of matter, most often metal, and contains a now obsolete meaning, i.e. to create, imagine and invent. Transforming resistant material by a twist which deforms and orients it in terms of meaning and shape; this is what the theme of this edition is inviting us to. Obviously, we are beckoned to epistemic disobedience and to the subversion of models already served. Ĩ Ndaffa # sounds like a nudge to create a new common destiny and a future together, at a time when the world is cowering behind its identities and particularisms, and several States behind their walls and their nationalism. Ĩ Ndaffa # takes on its full meaning at the Dakar Biennal, which is in a transitional phase, like the African continent, which has become the venue of possible futures.

Chiseling yet shapeless meanings: Africa is the continent that mastered iron processing long before Europe and its industrial revolution. Knowledge and science were surrendered when it lost the initiative. The invitation to the forge is symbolically one to possess it once again. Also, in our societies, the smith”s forge has often been perceived as a pervasive mystery with dark forces and magic. There is of course the idea that knowledge mastered by a third party operates and transforms the world, enables us to manage our environment, and provides us with “miraculous weapons”. The alchemy of the material here is that of brain power and reflection. It is therefore about rediscovering unknown sciences, powers and energies; unearthing the wealth and exploring knowledge sources of the African continent; revisiting its archives and shaping new cognitions.

The “Senegal and Guest Countries Pavillons” Exhibition (with China and Côte d’Ivoire) is an experience started in 2018 that “reconciled” popular Senegalese visual artists with the Dakar Biennale.

This edition is also an array of new initiatives that propose to bring art into the nooks and crannies of Dakar and upcountry through series of film screenings, a multimedia space, an art market, a scientific symposium as well as professional meetings and educational workshops for young audiences.

The “DOXANTU” project intends to re-engage the public and push boundaries so that the Biennale can be discovered everywhere in the Dakar urban space. Select artists will create monumental works “In-Situ” on Corniche Ouest, along the western coastal highway, for improved contribution in urban design and beautification of select sites throughout this coastal highway sports course.

With a meaningful look, art critic and historian El Hadji Malick Ndiaye analyzes the work of Abdoulaye Konaté, the Malian Master, who stands out by the use of fabric as a preferred material enhanced by a reinvented pictoriality.

The Dakar Biennale is also the “Off” environmental events that capitalize on an average three hundred and fifty (350) projects, with a diversity of artistic proposals throughout Senegal, in connection with the Regional Cultural Centres and in the Diaspora.