“Dak’Art 2014 is conceived as an active process of producing the common.”

C&: The selected artists for this year’s Dak’Art have been finally revealed. How many applications did you get? And how did you and your colleagues Elise Atangana and Abdelkader Damani go about the selection procedure?

Ugochukwu-Smooth C. Nzewi: We received more than 700 applications, a new high for Dak’Art. It showed that a lot of artists had a renewed optimism for the Biennale and its new administration, and were also enthused by the curatorial team, which was a very encouraging sign. The artists’ portfolios were very strong and diverse. It really showed the long road contemporary African art, artists, and Dak’Art have traveled since 1992. The high volume of applications came with its own challenges especially in terms of the criteria of selection. Our interest, however, was in works that would enable us to present a compelling and comprehensive narrative of artistic contemporaneity and simultaneously reflect our theme of “Producing the Common.” We finally selected artists whose works offer important insights on the idea of the common from multiple vantage points. These works present sufficient food for thought. 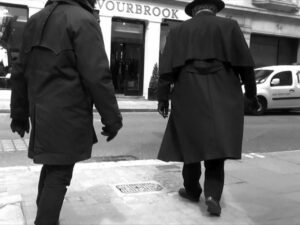 C&: Can you tell us more about the artists who are participating in Dak’Art ?

USN: All the artists are participating for the first time. It was a conscious decision on our part, meaning the curators, to wipe the slate clean and start afresh. We were aware that some artists have participated in the Biennale several times and decided to do away with such unproductive recycling. For a Biennale that claims to serve as a platform of visibility for African and African diaspora artists in the international arena, the repeated presence of some artists in previous iterations made little sense. It showed, for want of a better way to put it, a disinterest in the history of the Biennale by previous curators or they could have been more given to what I have described as the traffic in name recognition, otherwise known as the cult of celebrity–artists.

Maybe it is the art historian in me speaking. However, we were chiefly concerned with presenting an even representation of emerging artists, artists on the road to success, and those who are well-established, in order for the Biennale to be seen as fulfilling its fundamental mission. This was clearly obvious from our first meeting last year. 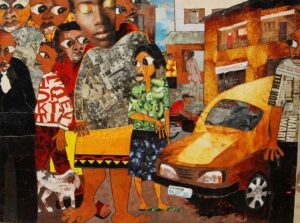 C&: You are inviting the artists to explore the notions revolving around cultural diversity and the commons. Why are you focusing on these themes?

USN: Cultural diversity is one of the official exhibitionary platforms at Dak’Art 2014. It also comes under the Biennale’s theme of Producing the Common. However it is curated by a different person. I may not be the best person to speak about it. But if I may say anything, the cultural diversity exhibition offers a platform to reconsider, for whatever it is worth, the values of Senghorian Universal Civilization. Léopold Sédar Senghor, the first president of independent Senegal, believed that the greatness of civilizations is based on their mixed and interdependent nature, i.e., their ability to draw concretely and creatively from multiple cultures. World cultures, he argued, must contribute to an all-encompassing universal civilization based on symbiotic relationships and mutual respect. On one level, I think that the exhibition of cultural diversity, which brings together the works of African and non-African artists, speaks aptly to some of the fine points of Senghorian Universal Civilization. On another level, the exhibition in a way attempts a historical return to Dak’Art 1992, the inaugural Dak’Art that included artists of different cultures from all over the world.

Speaking for myself, and possibly for Abdelkader and Elise, Producing the Common is another way of considering the merits or demerits, if you like, of Universal Civilization in light of contemporary cultural production and globalization. We are more interested in the notion of the common as a unifying, edifying, unselfish process, actively generated in the context of cultural production but taking into account what one may refer to as the politics and the economics of sociability. Our world today is governed by hyper-individualism, consumerism, and excessive accumulation of capital. We want to refocus attention on the better angels of human interaction and co-existence. We believe that the realms of art allow us to rethink the values of communality and sacrifice devoid of idealism or its obverse, cynicism. The artists were selected on the basis of how their works offer insightful responses to the signs of our time in relation to ideas surrounding the common. Dak’Art 2014 is conceived as an active process of producing the common on the part of the Biennale, the curators, and artists, in relation to various publics at local, regional, and international levels. We hope that the manifestation of the theme in the works and structure of the Biennale will be apparent to visitors. 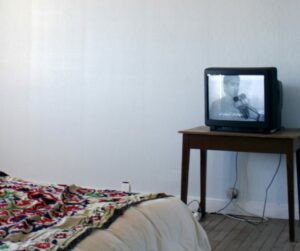 C&: Regarding Dak’Art and OFF, how will both contexts complement each other?

USN: The OFF provides an alternative space for artists not exhibiting in the official exhibitions at Dak’Art to be part of the Biennale. In past iterations of Dak’Art, many artists initially exhibited in the OFF before making it into the main exhibitions subsequently. Other artists who have taken part in the main events have also participated in the OFF in other iterations of the Biennale as a strategy of maintaining visibility while Dak’Art is ongoing. In the last 20 years the OFF has grown from an uncoordinated string of fringe events to an important complementary extension of the official Dak’Art. It provides a Biennale experience that challenges but also matches the official events. In addition to local and African artists, non-African artists have participated in the OFF in recent years, adding a layer of complexity to what it means for Dak’Art to be pan-African and global at the same time. Dak’Art 2014 will not be any different. In fact, my forecast is that this year’s OFF exhibitions will be much bigger than in 2012, where there were over 350 independent events.

Ugochukwu-Smooth C. Nzewi  (Nigeria, living in the US), an artist, curator, and art historian, is the Curator of  African Art at the Hood Museum, Dartmouth College, New Hampshire, USA. He is a co-curator of Dak’Art 2014 with Elise Atangana and Abdelkader Damani.