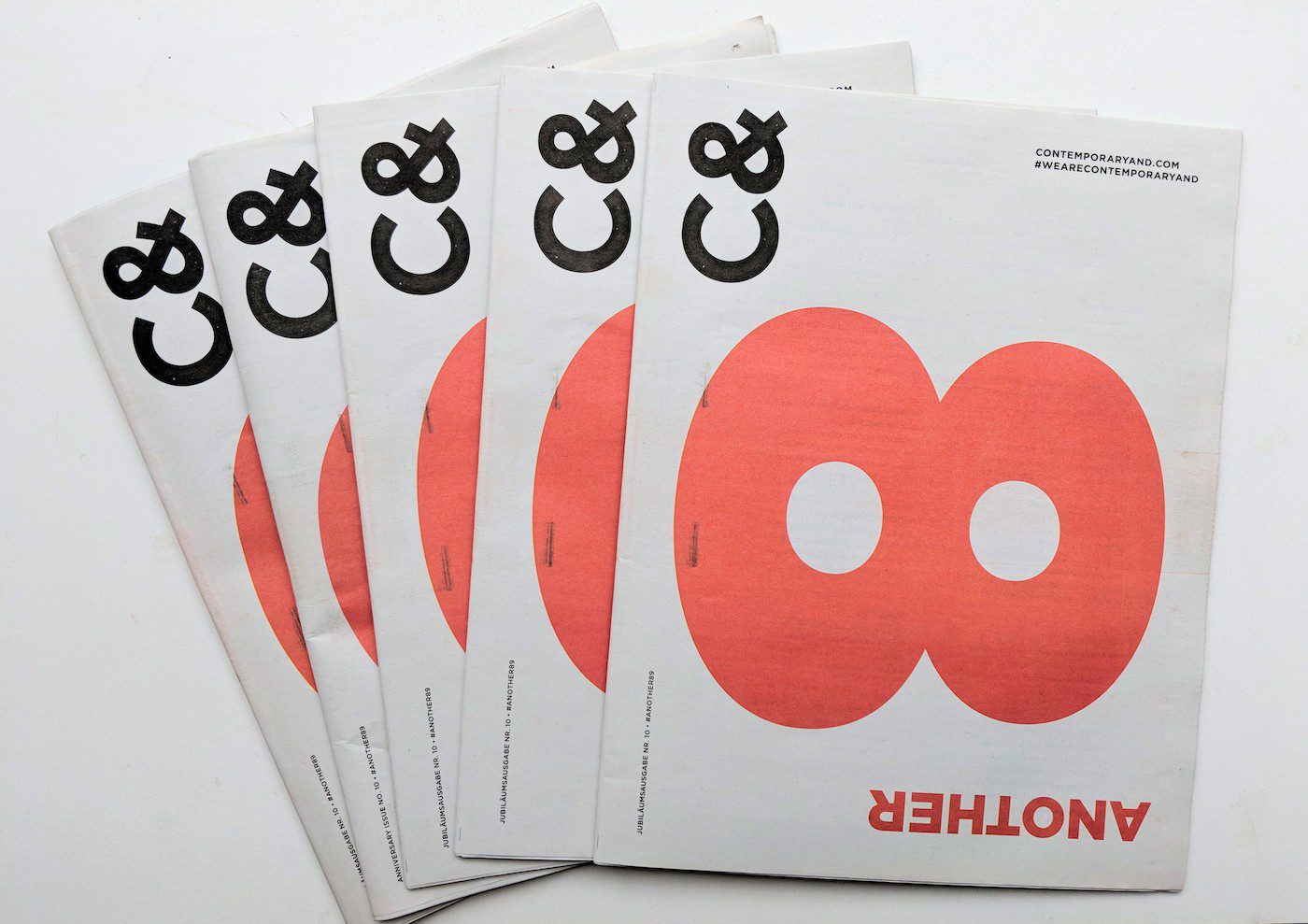 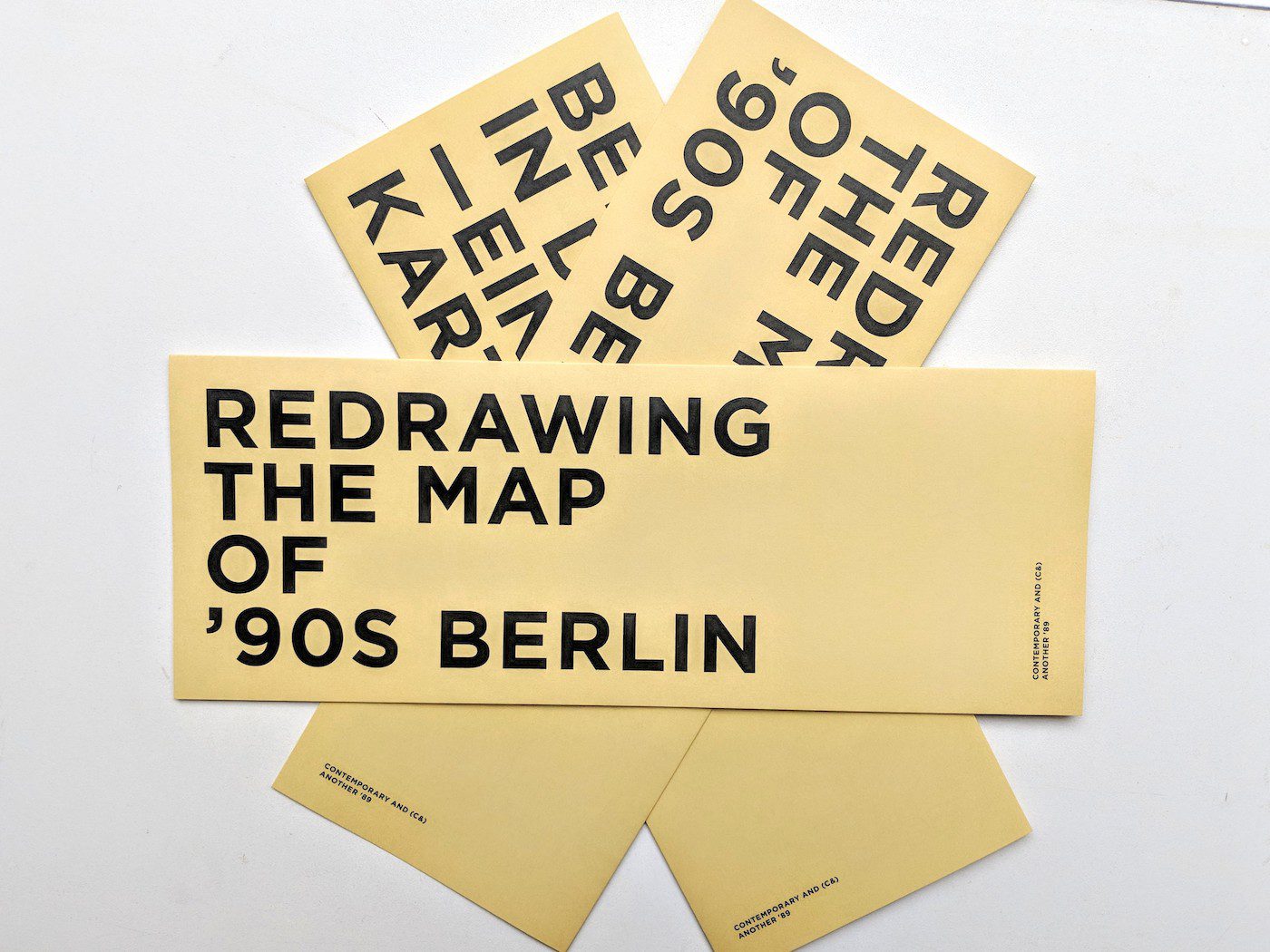 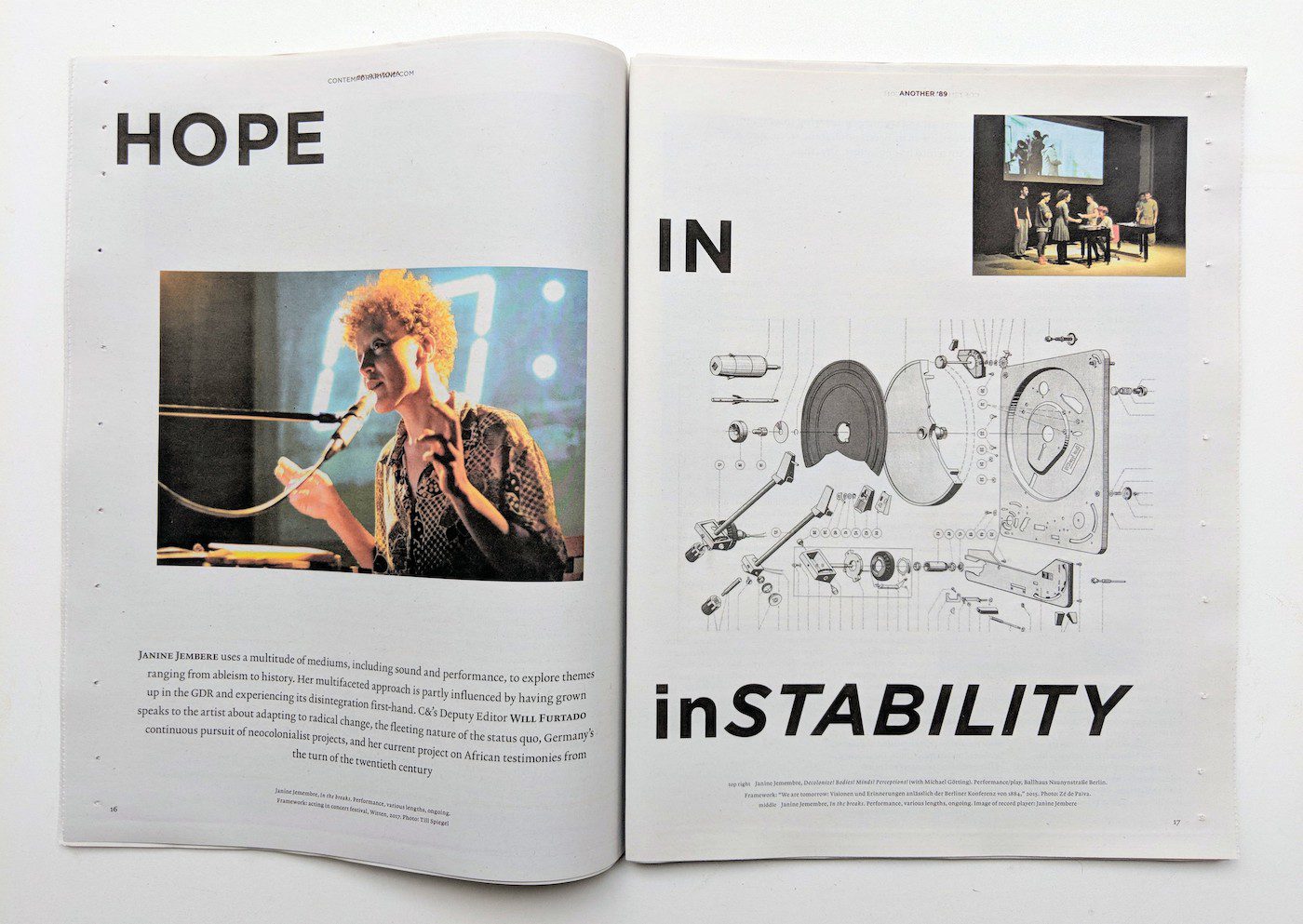 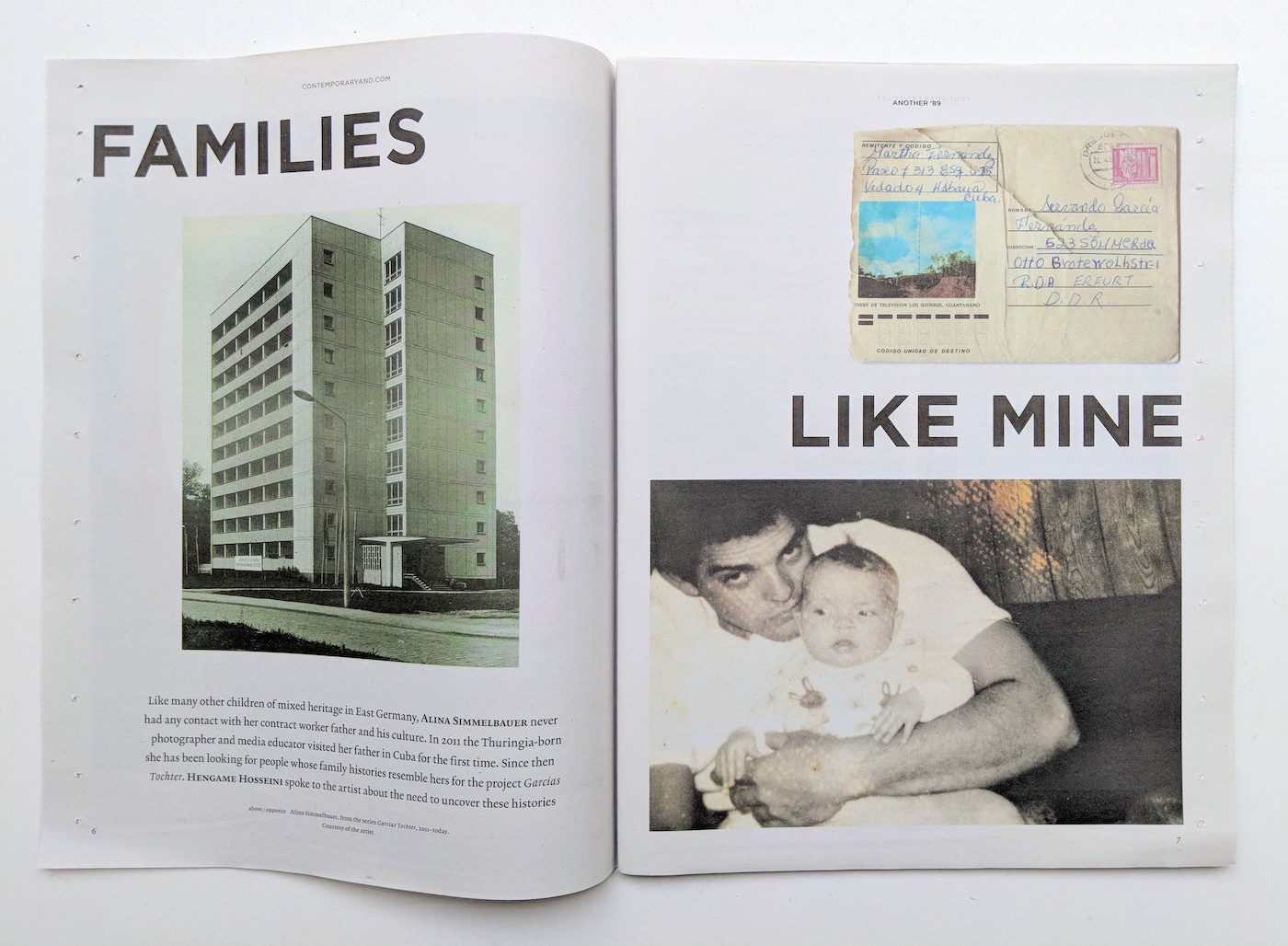 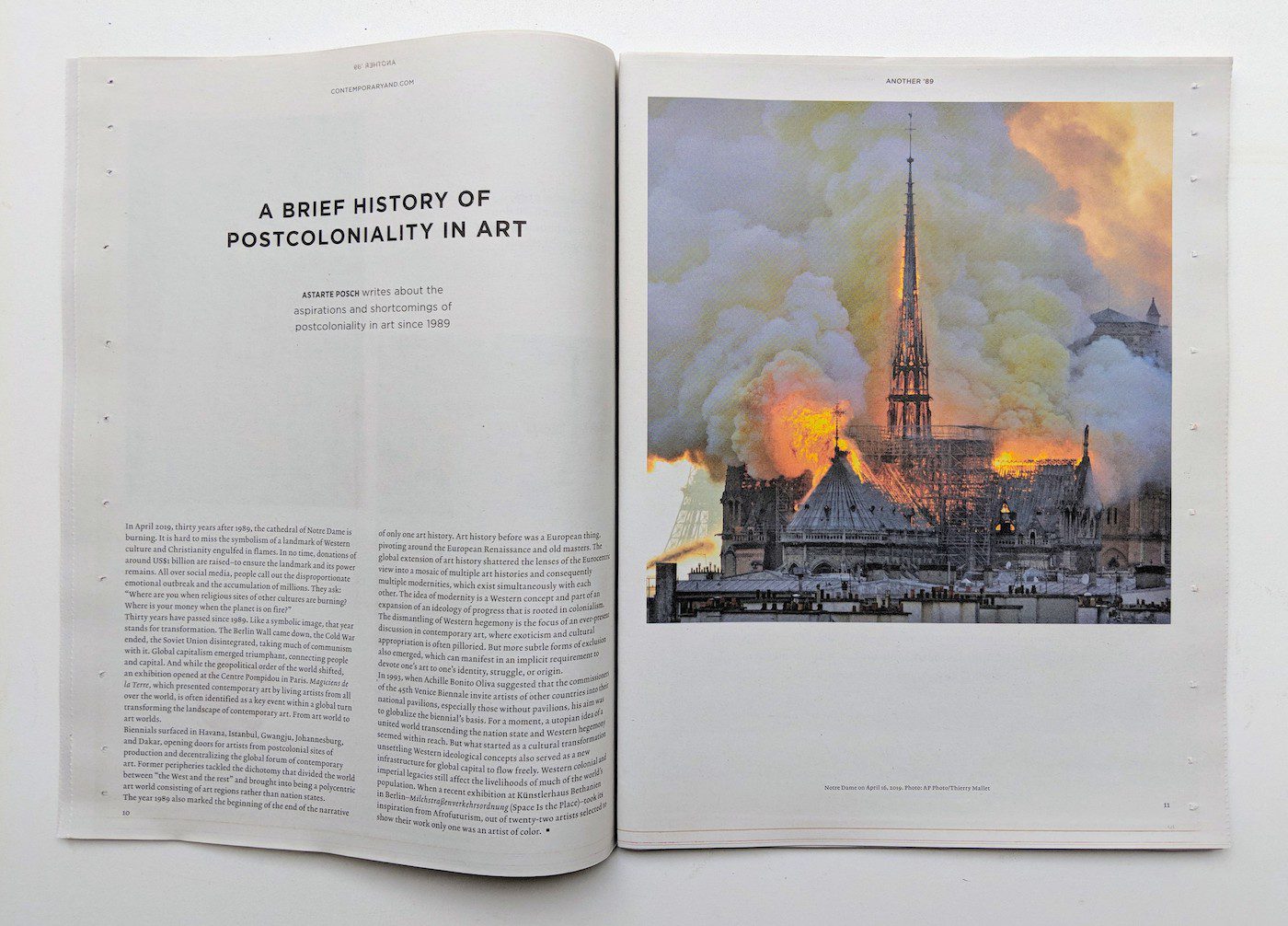 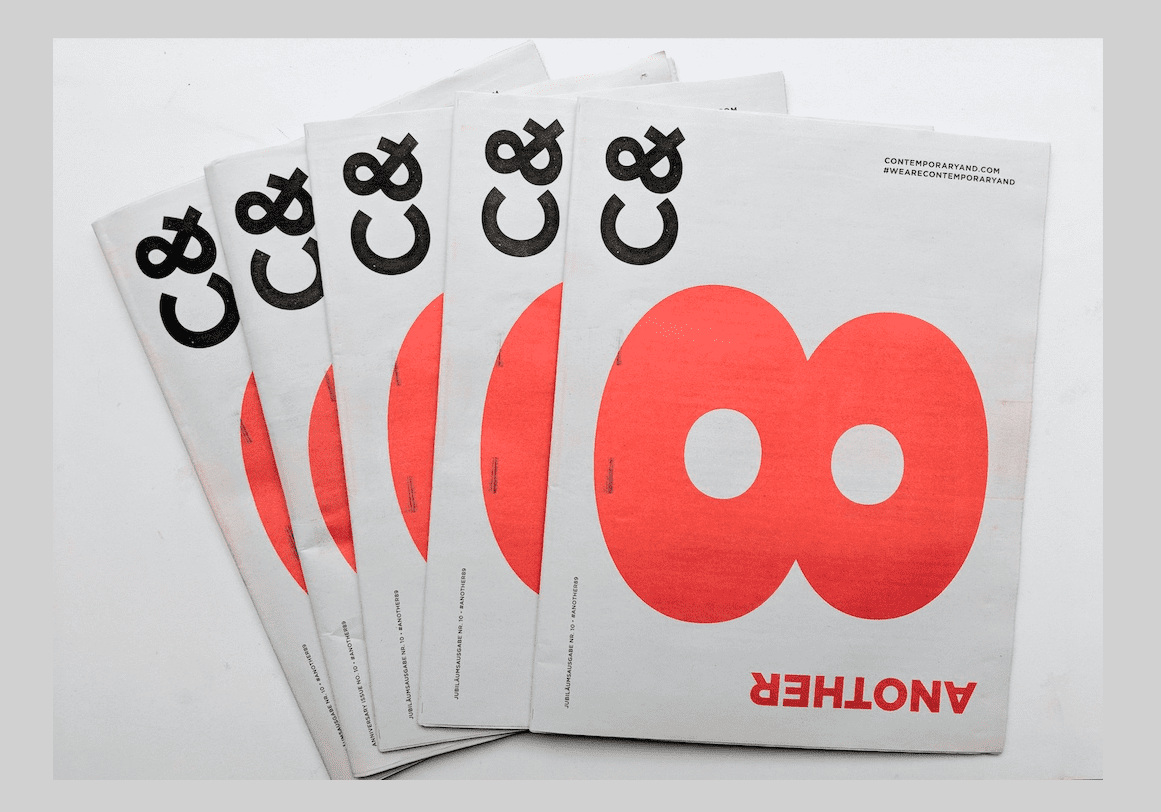 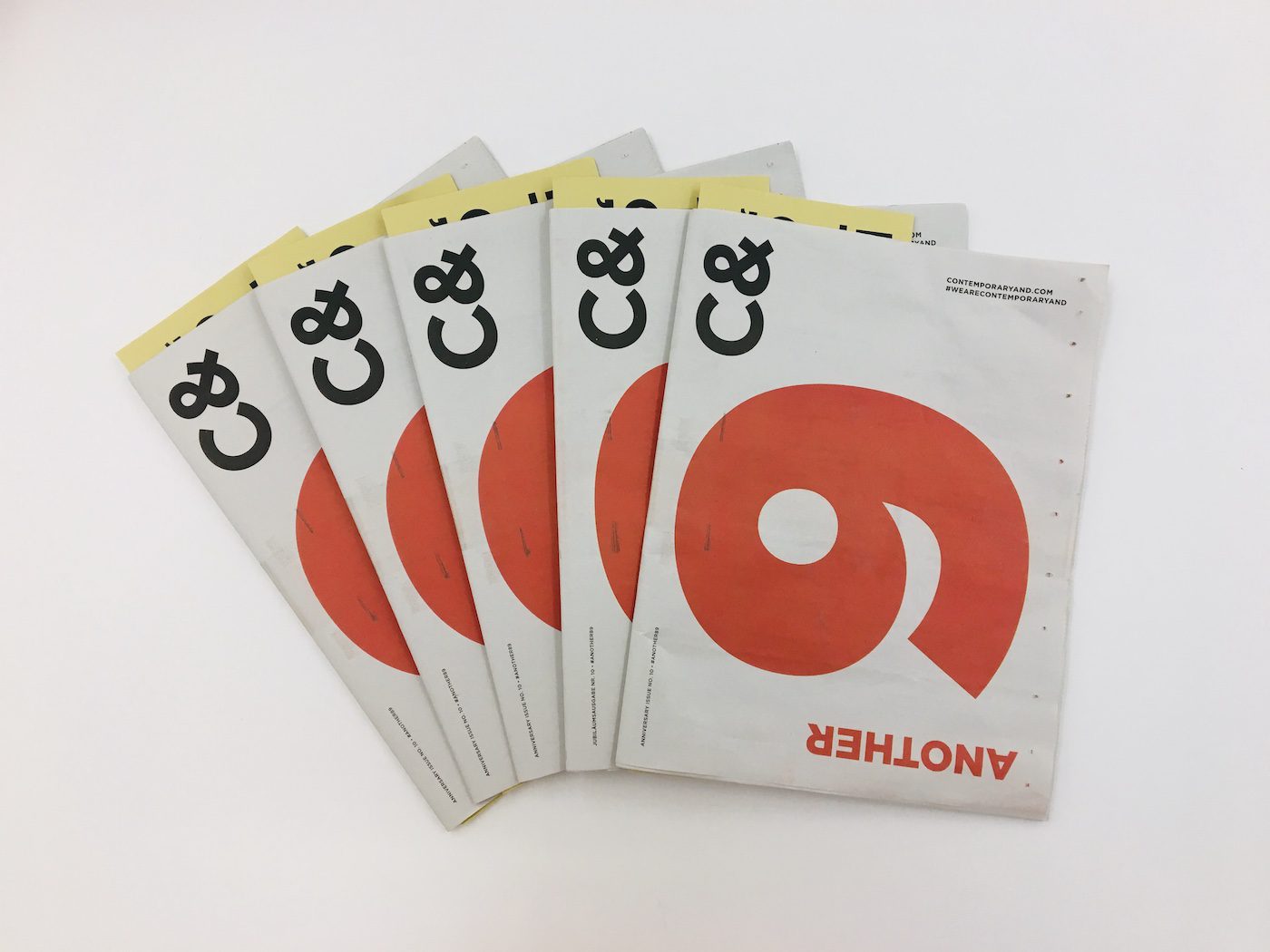 Another special edition is out now! This anniversary issue marks the 10th print issue of C& and is dedicated to the experiences and circumstances of those who were and are not perceived as part of the German majority society in the ‘89 narrative. In English and German, this issue is produced and developed in collaboration with students from the University of the Arts in Berlin.

This year, 1989 and its far-reaching political and cultural repercussions date back three decades – which saw the production of countless documentaries, stories, books and exhibitions. The “reunification” is characterized by ever-recurring emotional images and scenes on television, while the experiences and circumstances of those who were and are not perceived as part of the German majority society are far less firmly established in the ‘89 narrative.

May Ayim addressed this in her poem “blues in black and white”:

without its immigrants refugees jewish and black people

it celebrates in its intimate circle

it celebrates in white

but it’s the blues in black and white.

Titled “Another 89,” this issue focuses on all those German stories between 1989 and 1990 that were rarely or not mentioned at all. This includes artistic examinations of the stories of Angolan and Cuban migrant workers who from 1989 onwards were forced to return to their home countries, regardless of their family and social ties. It also looks at the perspectives of Afro-German artists who grew up in the former GDR. Furthermore, the issue explores the influence of the Iron Curtain and the year 1989 on “global” art history outside of the German context – from the international iconography of Angela Davis’s image to artistic activism in Chile and a bust of Karl Marx travelling to Ethiopia. This bust was ceremoniously installed there to emphasize the connection with the East German “brother state”. Today, billboards of major Ethiopian beer brands tower high behind an aging Marx …

“Another 89” is an anniversary issue in a double sense, because it is also C&’s tenth print issue! So it’s a special edition, developed and produced in collaboration with ten students from the Institute for Art in Context of the University of the Arts in Berlin. Many thanks for the amazing pieces, thoughts and suggestions!