Libita Clayton, participating artist at the very first Diaspora pavilion, talks about ideas in transit and the similarities between performance and activism

Libita Clatyton, In the Absence of Ruins There Will be Innovation. Multiple Iconic Political gestures within a 20 minute hand Performance, 1/8 Arnolfini, Uk, 2016

C&: How would you describe your art practice?

Libita Clayton: In flux – in transit – in between. I embrace disorder and chaos, churning it into a type of narrative – a system of experience(s) unpacked, wobbly, splurging ,gurgling. I veer toward the undisciplined, balancing between mediums, steering momentum, moving into the improvised, live set. My practice is orated through multiple voices, implying collaboration and collectivity, it attempts to be politically active, noisy and disobedient, often falling into descent. Performative scenarios play the background track to daily ritual. Manifesting as cultural sub-norms, posturing re-enactment, and innovative D.I.Y  sites for broadcasting; pirate radio, MMA, poetry slams, clubs, pubs and opera – flip flop into transmission. Like a sticky dance floor.

C&: To which extent do space and the body pertain to your artistic approach?

LC: Both are integral to my practice, I consider the audience, and I interrupt, corrupt idle spaces. Chance encounters feed my choreographic processes, they help things grow. When employing the ‘live’ it can be very intense and forever passing. To be present at this point is a luxury as I adopt various roles between MC and composer. Conversations and memories help to take up space beyond a static boundary, journeying somewhere else – unknown. 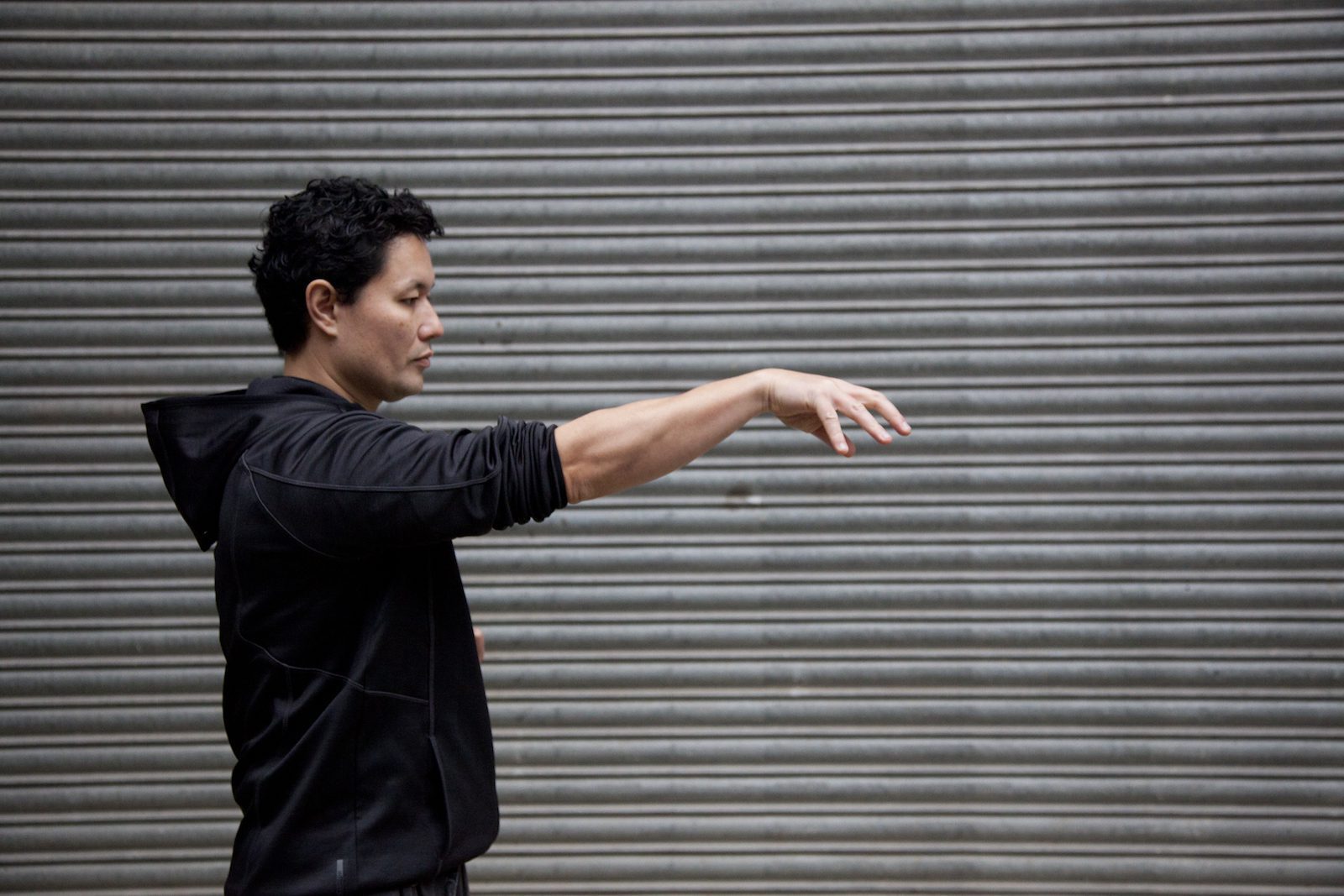 Architecturally and site specifically I respond to the flow of a building – everyday labour – function – leisure – rituals – rest. How we embody time and release it through physical exchange is something I keep returning to. In 2015 I made a body of work titled; An action performing an action, inspired by Kung-Fu, Northern Soul and migrated territories – citing folk lore and movie in club culture. During the research process, I observed Wing Chun classes and studied over some months the relationship between student and instructor. The nature of ‘flow’, internal and external, was flattened and opened into forms of inhalation and exhalation. Power in form constantly being lost, gained and transformed – always in the body of duality. Borrowing from this school of thought I approach modes of performance with notions of activism and the idea of the archive in transit, not fixed, but rather as a time travelling organism of the future.

C&: Could you tell us a bit about your contribution for the very first Diaspora Pavilion in Venice?

LC: Sure, this work is a departure from orchestrated live space – into sculptural land and soundscape. Shadowing the echoes of ancient and future dystopias. I have nurtured a culture between ancestry and place, industry and waste. This new body of work titled Typical Political – a domestic riot, summons: uprising, gunge and abduction to frame concepts of diaspora. Materials such as; plasticine, rubber, latex, polystyrene and expanding foam, become protective growths and synthetic skins. They have power properties: they’re resistant, flexible, waterproof, lightweight, durable, strong, insulating…

And everything is black.

3 sound works also puncture the Diaspora Pavilion; UP-RISING-UP, Acqua Alta and WHERE NOW WHERE. It was important to me to give the work its multiplicity in voice, and in turn to protect that voice with materials. Ranging from subtleties of breathing to full blown opera, these sounds are edited and looped to act autonomously positioned to wake up, and interrupt.

Carrying residual energy from a project I worked on last year – 1,2,1,2, //// black – voices – opera – I knew I wanted to displace the extraordinary power of the trained operatic voice into the Diaspora Pavilion. Ronald Samm ( tenor ) and Anne Fridal ( soprano ) conflated their expansive range into a bare bones minimal format that I had devised. From collaborative intersections with Barby Asante, Gianmaria Givanni to post production super-sampling by Benjamin One.