Until 1st August, the artist Emma Wolukau-Wanambwa exhibited works at the Innsbruck Art Pavilion dealing with British colonialism in East Africa and the problem of collective forgetting. Sønke Gau reflects on her work within a group show about resist

The exhibition Widerstand und Amnesie #2 (Resistance and Amnesia #2), curated by Andrei Siclodi, assembles new artwork by fellows at the Innsbruck Art Pavilion. Coming from a range of viewpoints, the exhibition revolves around the question of how intrinsically the European project requires (post-)colonial amnesia in European collective memory. The gaps in the hegemonic construction of history serve as starting points to be made visible through artistic means. The idea is to bring repressed or lost knowledge up to date in order to generate emancipatory potential within the power gradient between the Global North and South.

The dominant narrative propagated by the media – of people fleeing war, poverty, and hunger in their countries of origin to settle in safer, more prosperous Europe – is juxtaposed against a more complex story. The “promised lands” to which the artist Emma Wolukau-Wanambwa is referring in her video installation of the same name are not the rich nations of Europe, but two countries in eastern Africa: modern-day Kenya and Uganda.

Wolukau-Wanambwa, whose artistic approach grapples with the tangled relationships between land, architecture, and the body in late colonialism, has been researching the legacy of British colonialism in East Africa since 2011. She is particularly interested in “mnemonic technologies” introduced during the colonial era, such as museums and state archives, which play a major part, as sites of remembrance, in the construction of “imagined communities.”

On a research trip to the northern shore of Lake Victoria, she learned of a cemetery used as a resting place for people largely from Poland and the Ukraine. Upon further investigation, she found out that these were refugees who had been housed in local camps during and after World War Two. In 1941, when the United Kingdom and the USSR were allied in the war against Germany, they were deported from the Siberian Gulag via Tehran and British India to what was then the British “protectorate” of Uganda, where they lived in isolation from the locals. 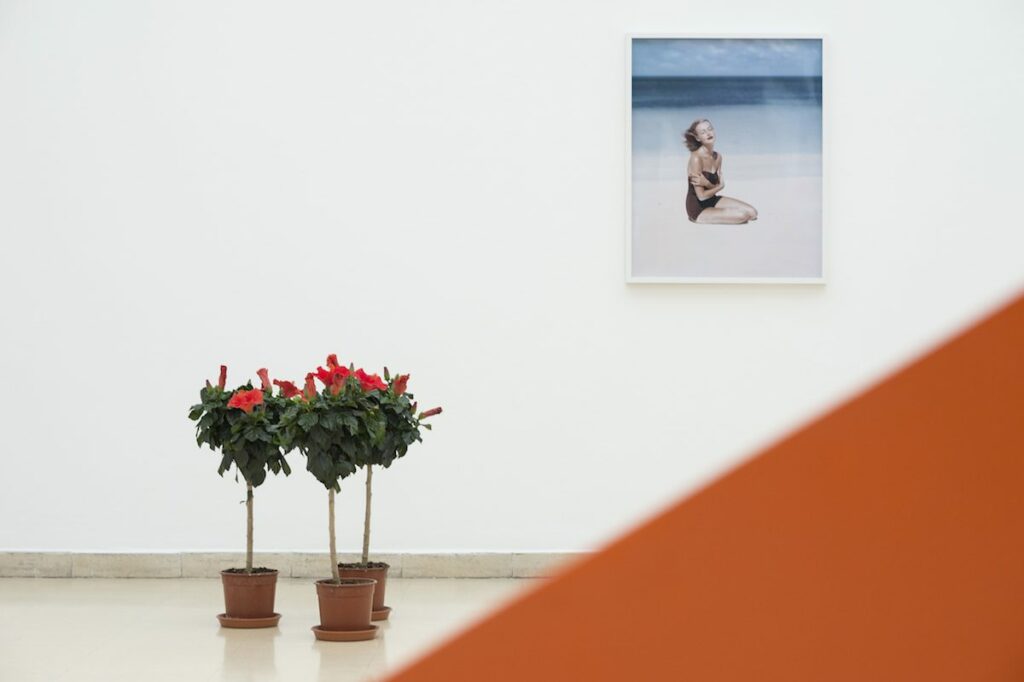 The story of European refugee camps in East Africa has mostly been forgotten. After the “protectorate” was dissolved in the 1950s, the refugees were forced to leave the country. In interviews conducted by Wolukau-Wanambwa, former residence even described the place as “paradise.” As a result the artist began to look into the long history of utopian European settlements in the region. She found out that, on a British recommendation from 1903, the shores of Lake Victoria were considered a possible place to establish the State of Israel. Not only that, but in 1890 the Austrian economist and writer Theodor Hertzka had published a novel called Freiland: Ein Soziales Zukunftsbild (Open Country: A Social Picture of the Future), portraying an ideal society that was also located in the same area. Although Hertzka never visited Africa, the book made such a strong impression that enthusiasts even tried to make his utopia a reality, only to fail in 1894.

In her video installation Promised Lands, shown in a booth of the artist’s own design, Wolukau-Wanambwa investigates the deeper connection between that variety of Western utopia and colonialism itself. The screen shows static, unbroken footage of an “African” landscape in the early evening. As the sun sets, the video camera, which has been set to autofocus, makes increasingly frantic attempts to capture a sharp image of the darkening scene. The soundtrack features excerpts form Freiland as well as the aforementioned interview. In another layer, there are lexical explanations of terms such as “fiction,” “art,” and “artificial,” which seem to contradict the bucolic landscape. 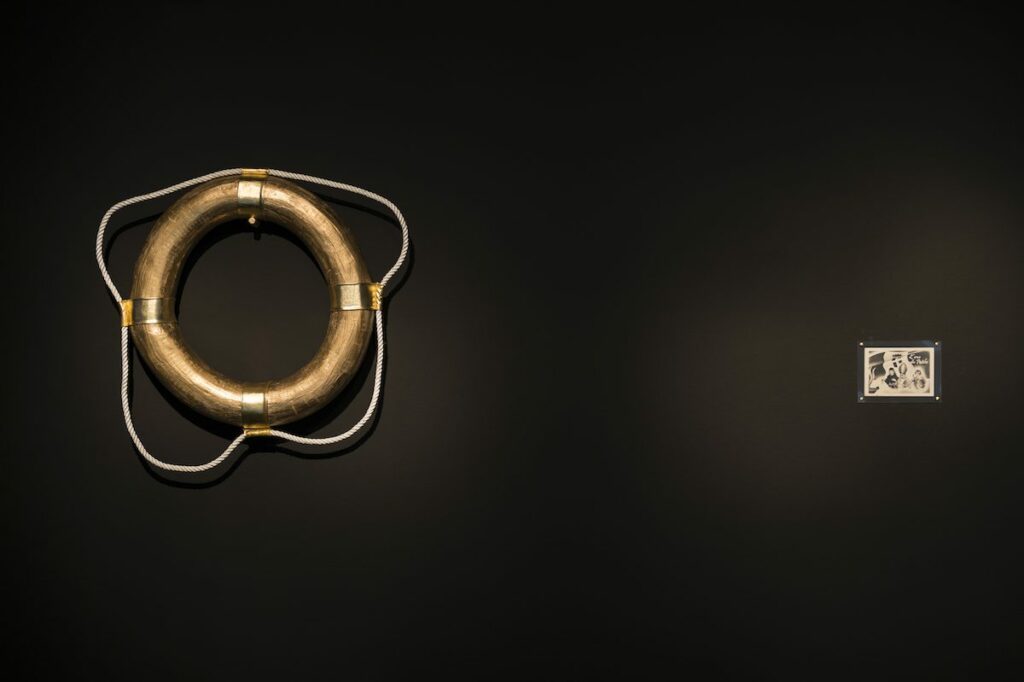 The landscape portrayed, apparently untouched, is actually cultivated and not “natural” at all. Contrary to what Hertzka’s book title and the visions of similar utopias imply, in fact the land to be settled was not “open country” – or terra nullius, as colonialism once claimed. It was inhabited territory, and as such European land seizures always involved oppression, displacement, and subalternization.

Such utopias are intimately connected to phantasmagorical projections made by colonialism. With that in mind, it proves to be precisely intentional that the viewer, standing outside the booth, inevitably casts a shadow on the video screen. The video’s soundtrack also includes the artist’s impressions of a night train from Brenner to Innsbruck, at whose terminus a police special-ops unit took predominantly African refugees “into custody.” Thus Wolukau-Wanambwa’s video essay is a haunting reflection on European colonial amnesia, placing the current waves of migration in the same historical context as colonialism. She reminds us that this chapter of a repressed history is by no means behind us, but continues to have reciprocal ramifications to this day.