In April of this year, the British Association of Black Photographers initiated yet another edition of its internationally touring program Black Chronicles. This fourth exhibition focused on images that move away from fixed notions of the archive. Our author Themba Tstosi looks into an exhibition of photos that had been hidden in a drawer, and an exquisite photo collection that belonged to none other than W.E.B. Du Bois.

The University of Johannesburg (UJ) hosted the travelling Black Chronicles IV exhibition organized and disseminated by the Autograph ABP Archive in London. The exhibition opened at UJ in April as part of a series of exhibitions that have been touring globally since the launch of Black Chronicles II in 2014. It showed a selection of 200 images reproduced from W. E. B. Du Bois’ iconic “American Negro” exhibit at the 1900 Paris Exposition. And it also comprised photographic studio portraits reprinted from 19th century glass plate negatives as large scale silver gelatin prints. These prints included pictures of prominent South Africans like Charlotte Maxeke, her sister Katie Makanya, and Eleanor and Paul Xiniwe. They were all members of the well-known African Choir and were photographed in 1891 when it was touring the world, raising funds to build a school. The exhibition dealt with the controversy that saw the choir members being asked to wear traditional regalia instead of their modern clothes in a show of supposed authenticity. 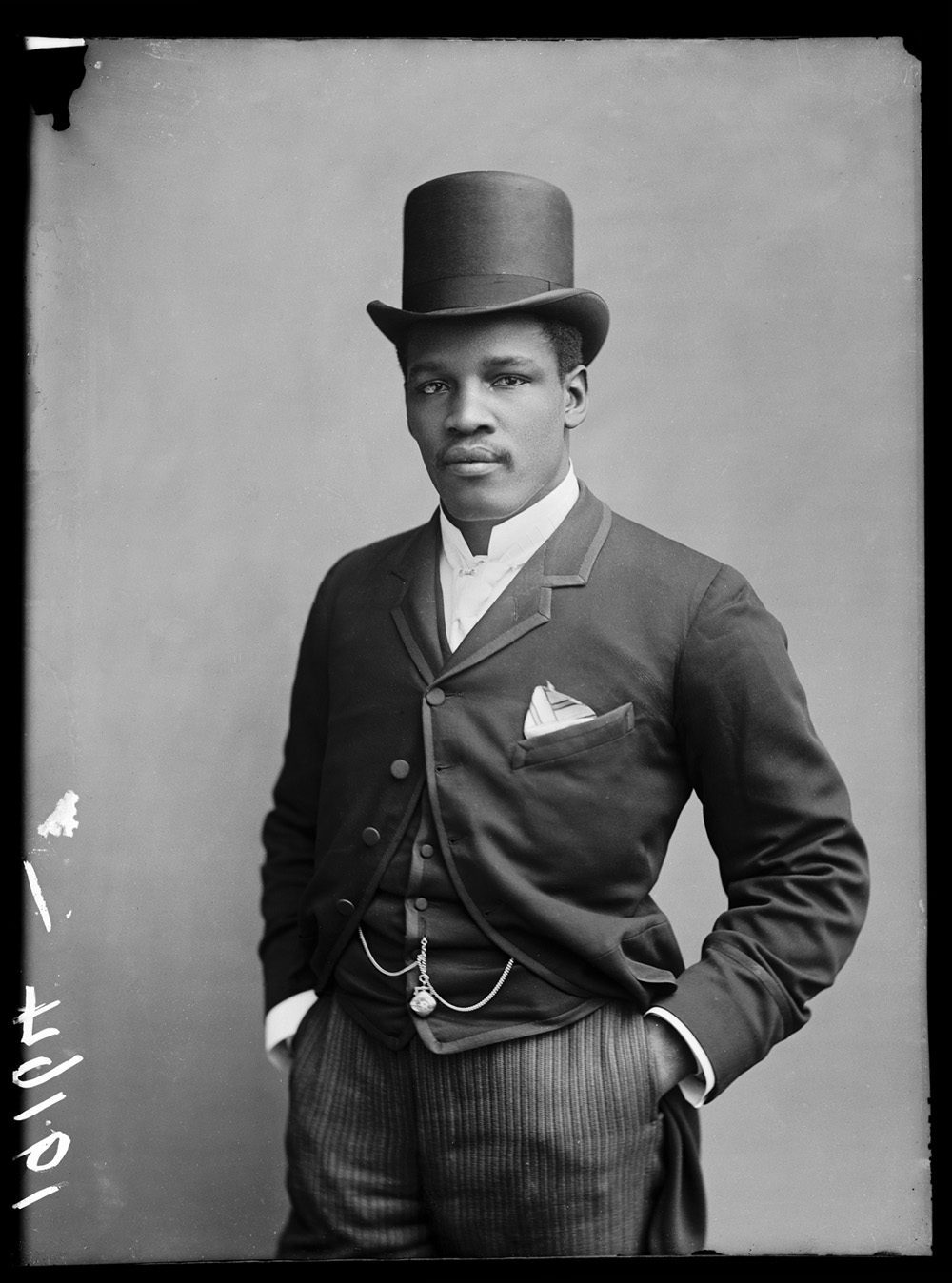 At the university’s FADA Gallery at the Visual Identities in Art and Design Research Centre (VIAD), Black Chronicles curator Renée Mussai had assembled photographs in which the notions of care and humanism sought to disavow narratives of erasure and colonial subjectivity. As she is interested in contemporary strategies of artistic and curatorial practice, the exhibition corresponded with VIAD’s research approach of discussing notions of representation without the yoke of traditional strategies imposing themselves on possible new forms of representation. Musicians Thuthuka Sibisi and Phillip Miller, for instance, were commissioned to recreate some of the songs sung by the African Choir as a commemorative gesture. Part of this recreation was aimed at inciting notions of humanizing and demystifying the facility of the archive. Therefore Phillip Miller and Thuthuka Sibisi’s “African Choir Re-Imagined” was incorporated into the exhibition through a sound installation. 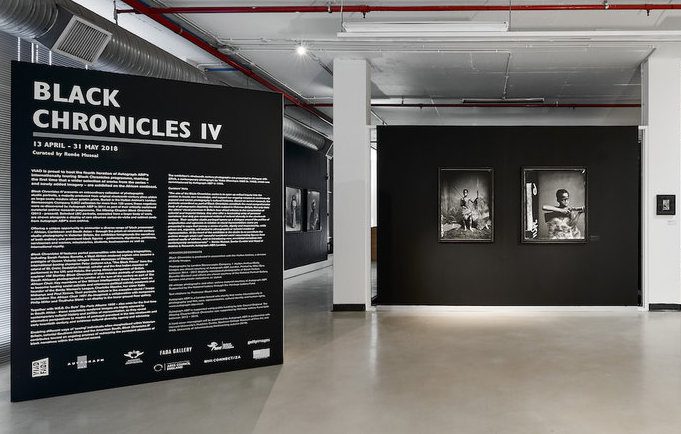 The exhibition was set up in an intimate and discreet space beneath the main exhibition area at UJ’s FADA Gallery. Right there, the choir sang its songs with a vitality and candor that sought to capture the spirit of transcendental encounters that the individual portraits only convey through the lens of the archive. It was the first time that the Black Chronicles series had incorporated a sound installation, which rendered both the 1890’s choir and the contemporary choir. Since both choirs were invisible to the audience, the symbolic operation of the re-imagined was that it addressed aspects of erasure in contemporary society. In this way the installation tried to describe the archive as something that is not restricted to being a facility for images but is also a location of identity in a global and contemporary dimension.

The exhibited photos were discovered at the Hulton Archive after having been kept in a drawer for 125 years. They had served as documentation of the choir, which had toured Britain and America in an attempt to raise funds for building a technical college in the Eastern Cape. The seven men, seven women, and two children that embarked on this tour between 1891 and 1893 even performed for Queen Victoria.

Curator Mussai was very aware of those aspects of the archive that deal with materials as knowledge production. She therefore recognized the logic in discussing the humanity of the choir. Even though the individuals had been photographed wearing indigenous regalia, the discovery of the images spoke to how in the post-colonial context, the encounter between the choir and the respective society that hosted it became a very concrete historical event. 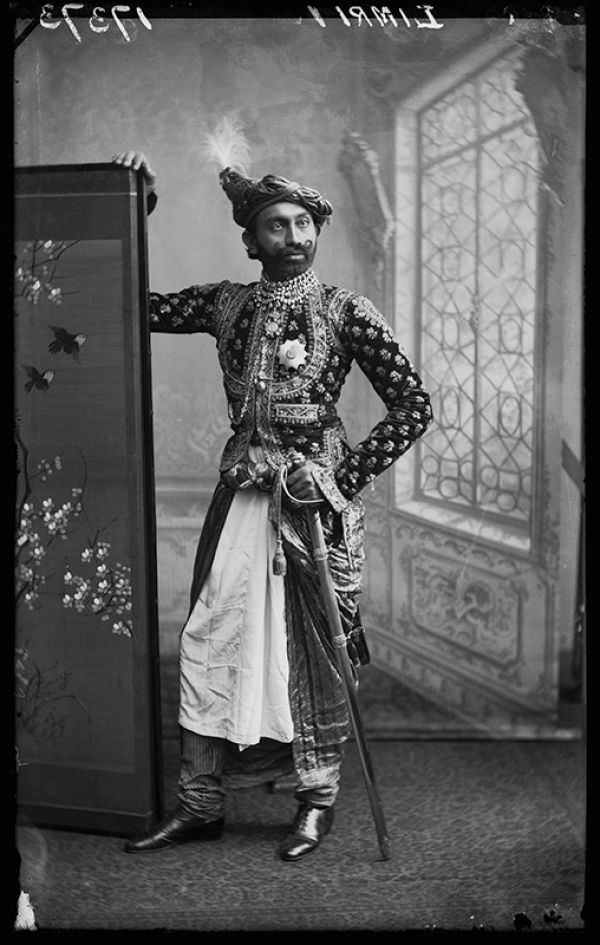 The W.E.B. Du Bois’ Paris Album 1900 traveled to South Africa for the first time. Presenting images of a Black middle class in post-slavery America, the collection articulated some of the anthropological documentation strategies, but the subjects were dignified, dressed in modern garb, expressing how they see themselves as emancipated people while redressing the discourse of colonial representation.

The significance of this exhibition was that it dealt with the archive as a colonial tool in the context of post-colonialism. The result was a discourse that sought to address where aspects of representation emanate from, who tries to benefit from these resurrected images, and how they inform notions of curatorial care. At the heart of it lay a facility that records the encounter between two communities and attempts to re-examine the positioning of curatorship in order to question traditional and historical methods of representation.

Themba Tsoti is a freelance writer writing mainly about visual art, based in Cape Town.  He graduated from University of the Western Cape B.A Honours in English and Cultural Studies in 2006.  He was founding member of Gugulective and has recently published his first book titled “Art Movements and The Discourse of Acknowledgements and Distinctions” (Vernon Press).