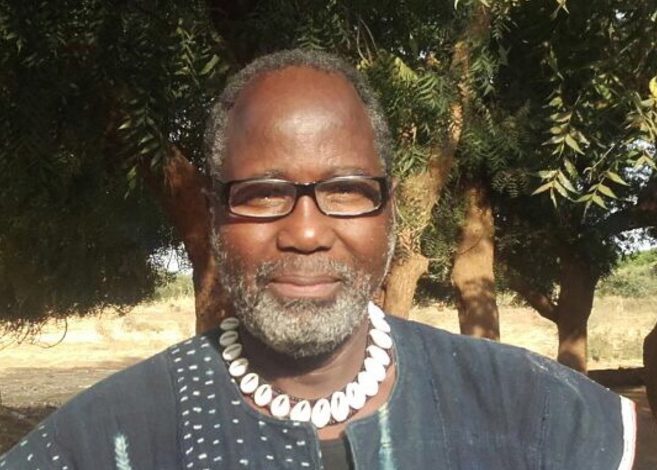 Bouba Touré was born in Tafacirga, 1948, former French Sudan, and recently lived in Paris, France and Somankidi Coura, Mali. The photographer and activist passed away on 21 January 2022.

When he arrived in France in 1965, Touré lived in the migrant worker housing Foyer Pinel in St Denis, worked and striked in the factory Chausson until 1969. He studied at the University of Vincennes in 1969 and started to work as a projectionist at Cinema 14 Juillet Bastille and L’entrepôt, Paris.

A photographer since the 1970s, Touré has been documenting the lives and struggles of migrant workers, and of the agricultural cooperative of Somankidi Coura in Mali. Since 2008, this working photographic archive has been complemented by video productions. Touré co-founded the ACTAF (Cultural Association of African Workers in France) in 1971 and the Cooperative of Somankidi Coura in 1977. He works with Raphaël Grisey since 2006 for the research and collaborative project. In 2015, he published the book Notre case est à Saint Denis [Our house is in Saint Denis](Éditions Xérographes). Since the 1980s, Touré has exhibited works and given talks in associative and migrant workers housing’s circles and more recently in art institutions internationally with Raphaël Grisey at Art Center Les églises, Chelles (FR); Goldsmiths (UK); Arsenal Kino; Documentary Forum, HKW, Berlin (DE); Archive Kabinett, Berlin (DE); Spectacle cinéma (USA), Kunsthall Trondheim (NO); Savvy Contemporary (DE); Festival de Theatre Forum Kaddu Yaraax (SE); Silent Green (DE); Contour Biennale 9 Mechelen (BE); Espace Khiasma; Cosmopolis, Centre Georges Pompidou (FR); Dhaka Art Summit (BD); Konsthall Goteborg (SE). His photographic work has been presented at the Bamako Encounters 2019.